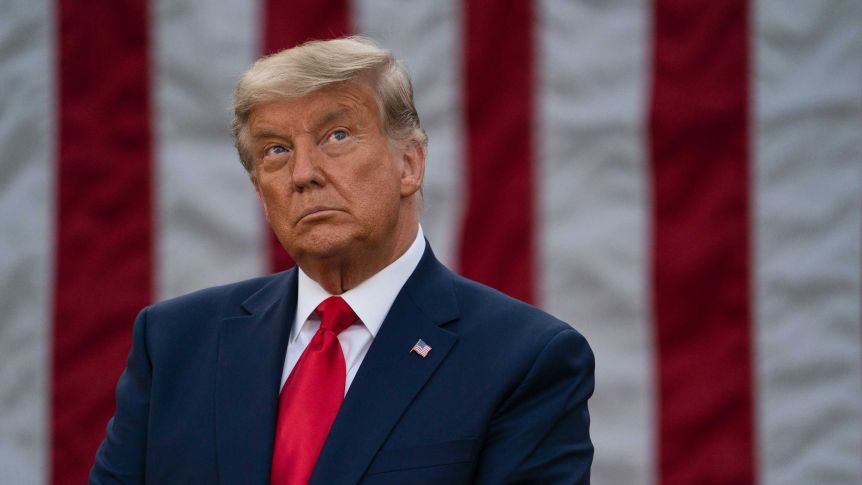 While having a private meeting in the Oval Office to discuss America’s immigration legislation with lawmakers in 2017, President Trump asked why America would want immigrants from “all these shithole countries” (referring to Africa and Latin America). He expressed a desire to have more immigrants from places like Norway. This memory is a painful reminder that will linger after the 45th president of the United States of America leaves office. However, some Africans still prefer Donald Trump over Joe Biden.

Trump’s remark about Africa is subliminally a demonstration of what he feels about the continent. Also, Trump is one of the leaders whose word is inconsistent with action. Several times he would threaten to rain fire on Iran and end up doing another. Such leaders are highly unreliable. With Joe Biden emerging as the US president-elect, we can only hope that there’s a remarkable change.

President Donald Trump’s Policies That Are Seemingly Against Africa

More than once, President Donald Trump has taken actions that appear to be a direct target on Africans. Perhaps, making derogatory statements was the least in his arsenal against Africa and Africans. It is on record that President Trump met the least number of African leaders in his Oval office compared to past presidents. However, his policies appear to hurt Africa the most.

Trump’s changes to America’s immigration policies were not without concern. Within a week of taking office in January 2017, he signed a controversial travel ban document. This document prevented immigrants of color, mostly from Muslim nations from gaining permanent resident in America. He defended the document by arguing that it was necessary to protect Americans. The travel ban initially excluded entry for people from seven Muslim-populated countries, including Somalia. But in the first month of 2020, Trump expanded the list to include more countries in West and East Africa.

Consequently, there was the suspension of issuance of permanent residency visas for people from African countries like Sudan, Nigeria, Tanzania, and Eritrea. It also prevents Sudan and Tanzania nationals from applying for “diversity visas”. The Diversity Visa Program allows people from countries with low immigration rates to the US to apply for a visa lottery. This eventually leads to the receipt of a lawful Permanent Resident card.

President Trump is also proposing changes to student visa rules. These changes will mean that students from 36 African countries will only be issued an initial two-year visa, even if their degree programs will take longer than that period. The students will be allowed to apply for visa extensions, but it will come at extra costs. Also, there is no guarantee the visa extension will be granted. The sad reality is that some students may end up not completing their studies.

ALSO READ: Will A President Donald Trump Second Term Be Good For Africa?

Ngozi Okonjo-Iweala was set to become the first female and African to head the World Trade Organization (WTO). However, the last minute opposition by Trump’s administration led to the stalling of her crowning. Despite getting an overwhelming nod from over 100 countries, she still has to wait longer. The US insists it would support South Korea’s Trade Minister, Yoo Myung-hee, because Okonjo-Iweala lacks hands-on experience.

According to the US Trade Representative office which advises President Donald Trump, Yoo Myung-hee “has all the skills necessary to be an effective leader of the organization.” However, we believe the Nigerian candidate is just as qualified as the South Korean candidate.

When Mr. Trump is not insulting Africa, then he is mostly ignoring the continent. Since assuming office in January 2017, Donald Trump has never visited Africa. With a few weeks before the handover of power, it is unlikely he will do so.

It is not all Bad for Africa under the Trump Administration

Inasmuch as President Trump had lots of policies that seemed anti-Africa, there were also so good ones. His most impactful achievement in Africa is the Better Utilization of Investments Leading to Development (BUILD) Act of 2018. The BUILD Act converted the old Overseas Private Investment Corporation (OPIC) into the US International Development Finance Corporation (USIDFC). It also doubled the former OPIC’s financial resources (from $29 billion to $60 billion), thereby allowing the new IDFC to be more creative and flexible in its investments. This doubling of funds promotes job creation in Africa, supports entrepreneurship, and helps Africa’s small and medium-sized businesses to grow.

What We Think Joe Biden will Do Differently We cannot say with certainty that the US-Africa relationship will change dramatically under Joe Biden. However, one thing we are certain of is that Joe Biden will not insult Africa with derogatory words. We believe that Biden would act very differently from Trump. Perhaps, we anticipate that he will pay a visit to Africa. According to the Biden-Harris agenda for the African diaspora, Joe Biden promises to,

“Renew the United States’ mutually respectful engagement towards Africa with a bold strategy that reaffirms [their] commitment to supporting democratic institutions on the continent; advancing lasting peace and security; promoting economic growth, trade, and investment; and supporting sustainable development.”

He plans to achieve this by restoring and revitalizing diplomatic relations with African governments and regional institutions, including the African Union.

On the immigration policy, we are optimistic that Biden’s administration will undo some of Trump’s travel bans. According to the policy information provided on his campaign website, Biden promises to reverse the ban that prevents Muslim-populated countries from immigrating to the US. He vowed to rescind the Muslim ban and make America friendlier to immigrants again. According to him, Trump’s prevention of Muslims from entering the country is morally wrong. It is an abuse of power designed to target black and brown immigrants. Interestingly, there is no evidence to show that the travel ban would make the US more secure.

Kamala Harris as US Vice President

Joe Biden’s choice of Kamala Harris as his Vice is significant for people of color. We believe that her intersectional identity as a Black, biracial woman from an immigrant family will allow her to better understand the plights of black and brown immigrants in America. This will also enable her to bring to fore racial discrimination and immigration policies with the knowledge, sensitivity, and firmness it requires.

For African diasporans and those planning to move to America, Joe Biden’s win is a huge relief. It is only a matter of time before we can tell if he lives up to the expectation. However, his body language suggests that he will hold Africa and Africans in high-esteem considering that he got overwhelming support from the black community. What is your opinion on this matter? Feel free to leave your thoughts in the comment box below.