US citizens now have to make a critical decision for their next President. All over the country, presidential campaigns have been hot as the two rivals battle for power. The current US President, Donald Trump, is running for re-election against Joe Biden, a former Vice President, and Senator. The two have had their fair share of public support and are confident of winning the race. However, US citizens have the mandate to decide their 46th President.

President Trump is known to many as a person who speaks his mind. And, when he does, he cares little about public interpretation. Borrowing from this, he once referred to African nations as ‘shitholes’. Specifically, he criticized immigrants from African nations to the US saying they were coming from ‘shithole’ countries. This remark spurred a lot of anger among Africans on the continent and in the diaspora.

ALSO READ: Will A President Donald Trump Second Term Be Good For Africa?

How Africans are Influencing US Presidential Election 2020 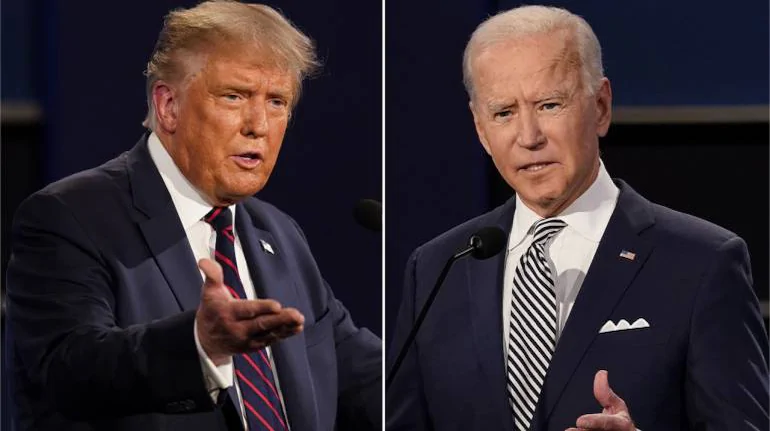 What if we told you that the influence of the Presidential election outcome wouldn’t be entirely up to the US citizens? Over the past few months, there has been an influx of African religious leaders rooting for President Trump to win the election. You would wonder why they would support his Presidential bid after he unapologetically disregarded their immigration into the USA. Furthermore, that was not the first time President Trump went against Africans and other people of color living in the USA.

Irrespective of President Donald Trump’s controversial personality, some Africans support his re-election. We have seen several pastors and evangelists from countries like Nigeria and Kenya praying for his re-election. Many would regard this as an act of rebellion and disunity by those taking part. 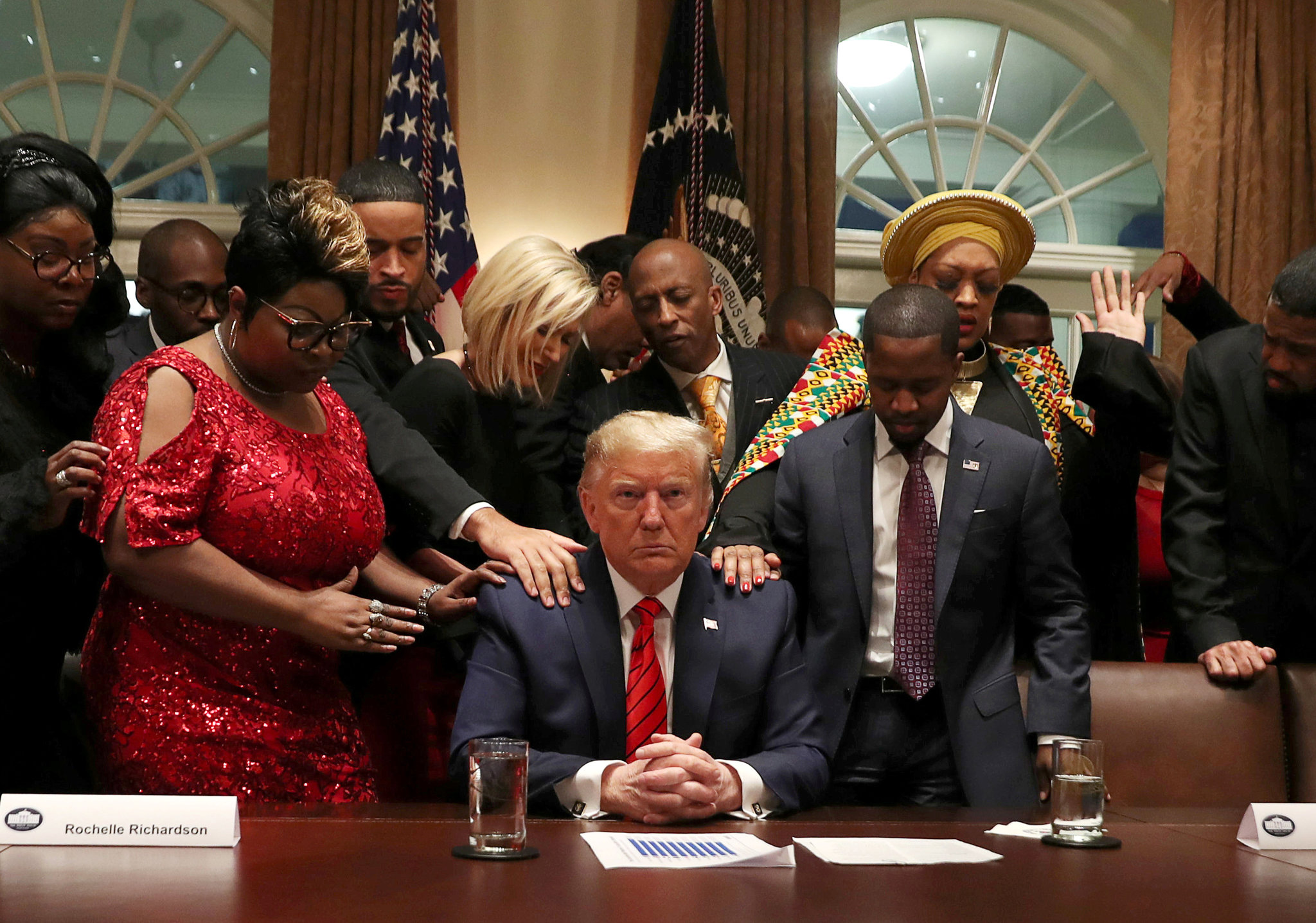 According to BBC, some Christians claim that when God places someone in positions of power, hell will do anything to destroy them. In Nigeria, Rev. Daddy Hezekiah led a rally to appraise Trump for his efforts to end moral decadence in the US. In particular, Rev, Daddy said,

“He is facing enormous persecutions as a result of unprecedented hatred, envy, jealousy, bias, selfishness, and wickedness by many people in the world, Democrats, media houses and more seriously, the witches who even cursed him several times and did their best to cause confusion among people with him.”

ALSO READ: COVID-19 Deaths In Africa Are Much Lower Than Everyone Expected. We Have Some Ideas Why

One religious leader in Nigeria, Emeka Ezeji, set a time every day to pray for him when he contracted the COVID-19 virus. He is among those praying for Mr. Trump to beat Joe Biden in the November 3rd US Presidential election.

Reasons Why Africans Want Trump to Win the US Presidential Election

Many African countries have strong religious beliefs, with a major Christian influence. As such, prayer and intercessions to God are believed to work. However, it is hard to predict the impact of prayer except through outcome. Nevertheless, these prayer rallies will need to sway eligible voters who plan to vote for Biden to rethink their options in order to have any impact. Short of divine intervention, Africans who are not naturalized US citizens have very little influence if any at all in how Americans will vote for the next US President.

The big question, however, is why are some Africans so vocal about their support of President Trump? Let’s look at some reasons why.

1. Trump is Against Liberal Culture, And so are many African Evangelicals

Massive rally for President Donald Trump in Nigeria, organized by a church. This is shocking and historical, because, I have never seen anything like this.@realDonaldTrump @DonaldJTrumpJr @PressSec @seanhannity @FoxNews @foxandfriends @RealCandaceO @tedcruz @charliekirk11 pic.twitter.com/V8jmMljetv

Unlike past US Presidents, Mr. Trump is known to speak against ‘immoral’ behaviors. Mr. Trump is against things like same-sex marriage and any laws that facilitate abortion, something many people in the US seem ok with. These are standard teachings of Christianity in Africa. One Kenyan Deliverance Pastor Mr. Richard Chege, said that,

“The Obama administration had been pushing a liberal agenda here in Africa and that agenda was of concern to some of us Christian leaders.”

Perhaps, this statement summarizes why some Africans want Trump’s second term. Inasmuch as Africa has little to gain from his re-election, at least, they will be certain he won’t ‘force’ African leaders to implement ‘immoral policies’. In other words, they want a president that will let Africans be themselves.

Trump has clearly said that he has done a lot for Africans than previous US Presidents. The truth of this matter is dependent on what you consider as help. Even so, the US government’s effort to address issues in the third world has been prevalent in most Presidential eras. Whether or not Trump’s administration has impacted Africans more than any other administration is up to statistics.

Truly, President Trump’s administration has been instrumental in solving daring issues across Africa. Although subtle, the United States played a role in the formation of a transition government in Sudan. The administration is also pledging financial support for Ethiopia’s political reform. Perhaps, those in support of Trump’s re-election fear the reversal of these gains. However, what they fail to understand is that Trump has been cutting down on foreign aid with every successive budget.

3. Trump is Perceived as a Man of His Word

Politicians are perceived as ‘cunning’ and hard to trust. The reason is that they say one thing and do another. However, for a president like Trump, some feel he sees things through – this in spite of all the contradictions in his statements and fact-checked half-truths.

Trump’s campaign has been claiming that they came through for the American people with promises he made during his first term. Many Africans who support a Trump win feel that Trump will not meddle too much with African affairs.

Our Fingers are Crossed

For the most part, US citizens have the final say during this year’s election. Current online election polls are highly volatile and just predictions that may or may not come to pass. The majority of those that participate in online polls often end up not voting in the election.

Therefore, no one really knows what the outcome will be until the results from the US presidential elections start trickling in. Africans will be impacted by the decision made by the American people. What that impact will be, remains to be seen.