When Zoox fired its co-founder and former CEO Tim Kentley-Klay abruptly back in late 2018, it brought in a Senegalese-born technologist Aicha Evans to lead its vision. She previously served as the Chief Strategy Officer at Intel Corporation. Zoox is a self-driving car technology company.

She was responsible for shaping Intel’s long-term strategy, of transitioning from a PC-centric company to a data-centric company. Aicha Evans joined Zoox in February 2019 and has been instrumental in the company’s major strides. According to media reports, she may be the first African-American woman to head an autonomous car company.

Amazon recently acquired Zoox in a landmark deal. The purchase was reported to be worth 1.2 billion dollars. She was instrumental in making this happen. The Senegalese-born tech leader was positive about the milestone. Speaking about the development, Aicha Evans said,

“This acquisition solidifies Zoox’s impact on the autonomous driving industry. made great strides with our purpose-built approach to safe, autonomous mobility, and our exceptionally talented team working every day to realize that vision. We now have an even greater opportunity to realize a fully autonomous future.”

On the other hand, Amazon, which is notorious for buying out or investing in start-ups it deems competitive, had something positive to say about the deal. According to Jeff Wilke, Amazon’s CEO Worldwide Consumer said

“Zoox is working to imagine, invent, and design a world-class autonomous ride-hailing experience. Like Amazon, Zoox is passionate about innovation and about its customers, and we’re excited to help the talented Zoox team to bring their vision to reality in the years ahead.”

Evans has previously been included in Business Insider’s list of the 100 people transforming business. This is particularly inspiring for many young women across Africa who are passionate about technology. In Africa, there is an ongoing conversation about putting more women in Science, Technology, Engineering, and Mathematics (STEM) fields.

ALSO READ: 10 of the best Startup Accelerators for African Entrepreneurs

Aicha Evans is a beacon of hope for millions of young women in Senegal and across Africa. Here are some interesting facts about her career.

1. She is passionate about changing the world.

“When you’re a young girl from Senegal and you end up sitting in my shoes, impact, and meaning is very important,” Evans said in a previous interview with Business Insider. That is why one of her conditions for joining Zoox is that it would have to be a role that isn’t just about making money but also making positive change in the world. Thus, her reason for joining Zoox was not only helping the company become the leader in self-driving car technologies but also contribute to low carbon emissions as the brand uses batteries instead of fuel in test vehicles.

2. She keeps a low family profile

Unlike many other public figures or CEOs (think South African innovator Elon Musk), Evans has managed to keep a very low profile about her family. Very little is known about her. Many people know her as a champion of WiFi and WIMAX technologies while at Intel before her promotion to head company strategy. They also know that she studied Computer Engineering at George Washington University. Basically all that is known about her is her career path.

3. She grew up in France

Evans had to move with her dad to Paris as he got a job there. In the early 1990s, she developed a passion for computer science. However, while in France, the universities offered computer science as part of a larger electrical engineering degree. She wanted to be a pro in that field. That led her to look for opportunities in the US and ended up enrolling at George Washington University. 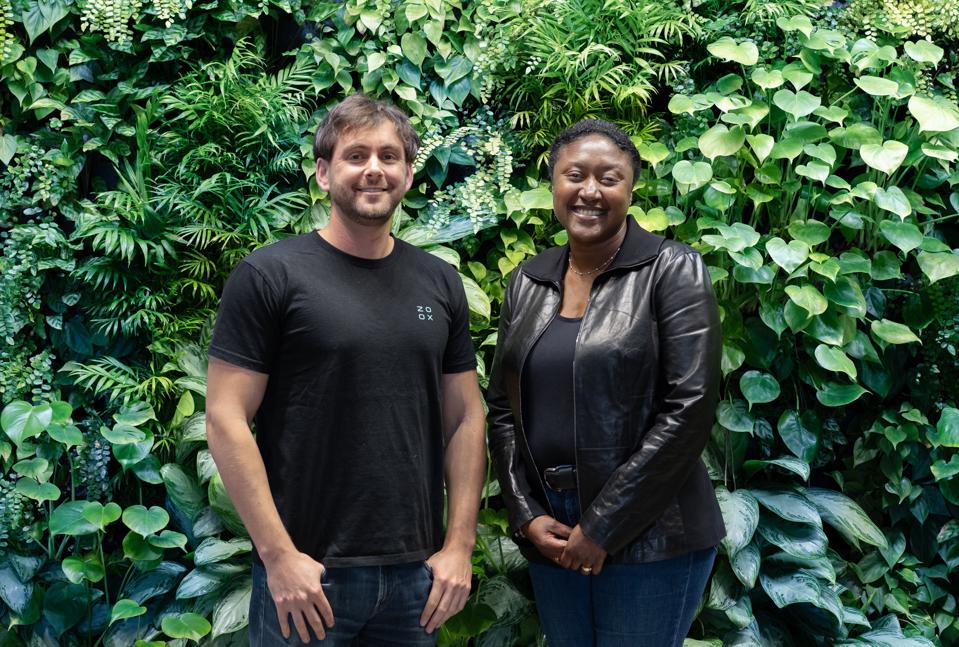 Evans has been vocal against weighing someone’s abilities based on gender. In an interview with Financial Times, she says that she has “met plenty of women without EQ”. Emotional intelligence (EQ) is part of what has made her successful. She has managed to show that women are not too emotional to lead large companies. Thus, she leads with a balance of emotions and intelligence, not just one of those.

5. One of the few African-American women who’ve sold companies to large corporations

Her stellar resume does not end at being the CEO of Zoox. She is now part of a network of black women who have sold start-ups to multi-billion dollar companies. Juanita Lott sold Bridgestream Software to Oracle in 2007. Zim Ogochukuwu sold her Travel Noire brand to Blavity in 2017. Heather Hiles sold her company to Cengage learning in 2015. Jewel Solomin sold her Partpic brand to Amazon. The list goes on.

The future is bright for Aicha Evans. She is a true trailblazer in the technology industry and an African leadership talent. She is one of the hidden gems that we need to be talking about. That being said, we are always looking for new, inspiring people to profile on African Vibes. Do you know someone who is successful in their career and has beaten the odds to reach where they are? Please reach out to us via [email protected]. We look forward to your input. Meanwhile, let us know what you think about Aicha’s story in the comments below!