The economic growth in Africa has been on the rise in recent years. However, it remains uneven across the continent’s sub-regions. Recently, the African Development Bank released the African Economic Outlook 2020 report. The report shows the continent’s economy experienced a 3.4 percent growth in 2019. This was the same as in 2018.

This growth was largely driven by the Big 5 namely, South Africa, Morocco, Algeria, Egypt, and Nigeria. Beyond these five countries, the growth remains scanty with a few exceptions. If only more nations can join the Big 5, the continent’s economy will have a brighter outlook. However, with the ongoing digital revolution in the continent, that may happen faster than we anticipate.

The 2020 African Economic Outlook projects equal distribution of growth in the coming years. North Africa accounted for nearly 44 percent of the growth in 2019. However, in the next few years, the rate will likely decline. Meanwhile, East Africa’s share rose from 2018’s less than 20 percent growth to more than 32 percent in the year 2019.

West Africa’s figures are the most encouraging. Also, it witnessed the biggest jump over the past few years from nearly 7 percent to a staggering 28 percent. The report credits a large part of this success to Nigeria’s recovery from recession. Furthermore, the report adds that with a 5 percent growth, East Africa remains the continent’s fastest-growing region.

Meanwhile, South Africa was the only country to decline significantly in growth from 1.2 percent in 2018 to 0.7 percent in 2019. Nevertheless, the report projects that the country’s growth-share will increase in the next two years. Those numbers also might change as the outlook report was published in January this year, before the coronavirus outbreak. 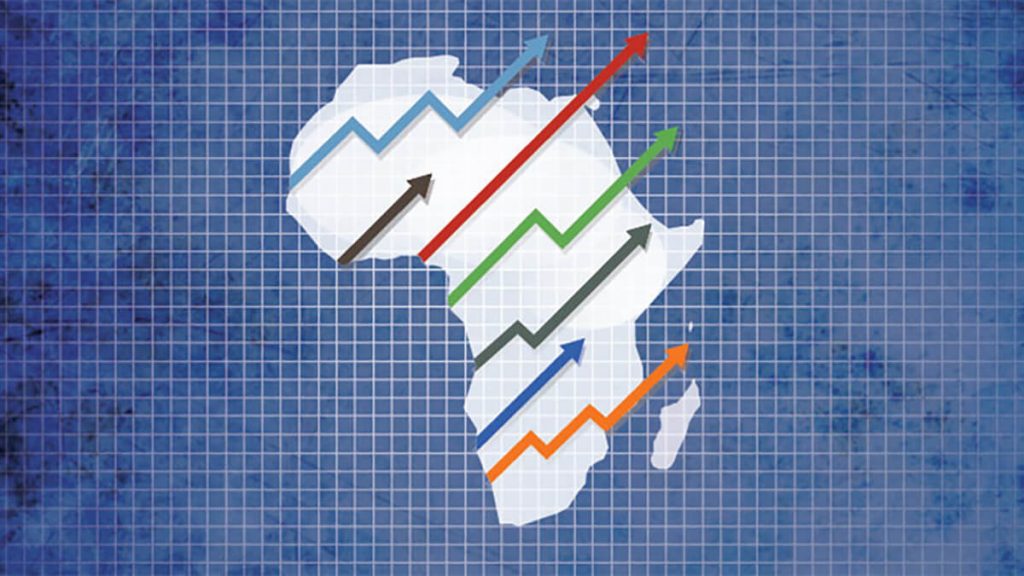 The economies of Nigeria and South Africa are witnessing contractions. This is due to their heavy reliance on the exportation of the commodities whose prices surged during the COVID-19 pandemic. Consequently, there was a significant drop in demand. The report said that the continent’s growth is tied to trade. The percentage of trade declined from 5.7 in 2017 to 1.1 percent following the coronavirus outbreak.

According to the report, Egypt accounts for nearly one-third of Africa’s GDP growth. This is due to the sweeping economic reforms by the government as well as the boost in production from its Zohar gas fields. Since 2014, Africa’s growth has led to rising investors’ trust and net exports, according to the report. It further highlights the rise of net exports in the last few years, which led to more aggregate growth. Consequently, the continent recorded growth from one percent to six percent in 2019. You can read the full report HERE.

Recommendations For Reforms and Pandemic

One of the characteristics of a good report is that it makes recommendations to deal with highlighted problems. The African economic outlook report highlights the urgency of the need for structural reforms and economic diversification. This will help to drive growth and expansion in economies across Africa.

It stresses the importance of efficiency in public investments, primarily by strengthening expenditure frameworks, capacity building, and transparent monitoring of investment projects. To redress inequality in the region it recommends pro-poor governance policies. The outlook report identified inequality and poverty as twin challenges affecting the continent’s economy.

The African economic outlook report is calling on African governments to focus on more inclusive growth with pro-poor policies. To sustain the microeconomic stability of the previous years, it is urging authorities to expand social safety nets and to increase the reach of existing programs. What do you think is the major barrier to Africa’s economic growth? Share your views in the comment box below.