Africa battles hunger, poverty, lack of basic infrastructure, corruption, and a host of other challenges. Of all these problems, corruption seems to be the most endemic that is sapping the life out of the continent. Many believe corruption and lack of sincerity of the leaders is the bane of Africa. However, there are few African leaders that are redefining leadership in Africa. These leaders are taking steps towards transforming the condition of their people for the better.

From economic policies to fighting corruption to infrastructural development, these leaders are matching words with action. The top 10 current African Heads of State are ranked based on Ibrahim Index of African Governance (IIAG), Transparency International Corruption Perception Index (CPI), safety and rule of law, participation and human rights, sustainable economic opportunity, and human development. Since corruption is considered the bane of Africa, ranking emphasis will be on Transparency International CPI.

President Paul Kagame gets the number one spot on our list of Top 10 Current African Heads of State. Rwanda does not have the lowest corruption rating in Africa, however, in just under two decades of Kagame’s leadership, a country that was divided and poor is now growing at a rate comparable to emerging economies like China.

Before assuming office as the president, Paul Kagame was the commander of the rebel forces that ended the 1994 genocide. 6 years later, Kagame was sworn in as President to a country that was as divided as ever with mounting challenges. In addition to poverty, revenge killings were going on unchecked and corruption was rampant. Rwanda had lost its way and needed direction. Kagame prioritized two main objectives – one was to unify his country and the second was to pull his country out of poverty. He invested time in understanding how other emerging economies such as China, Thailand, and Singapore had transformed their economies. Based on what he learned, he put together a government development plan for Rwanda called Vision 2020 with a goal to transform Rwanda into a robust middle-class economy by 2020. The Vision 2020 serves as a roadmap with 44 clear measurable objectives tracked by the government and private consultancy firms.

Rwanda now has a CPI score of 56% which places the country 48/180 as compared to other countries in the world. Similarly, IMF/ADB estimates that her economy will grow by 7.8% by 2019/2020. Safety and rule of law, as well as human development, has increased tremendously since the genocide to 64.2% and 69.9% respectively in 2017. Additionally, Rwanda has an IIAG good governance score of 64.3% which places them at 8th on the continent. President Paul Kagame gets the number one spot on our list of Top 10 Current African Heads of State for his efforts in transforming Rwanda’s trajectory in less than two decades – restoring peace and fostering economic and infrastructural growth. 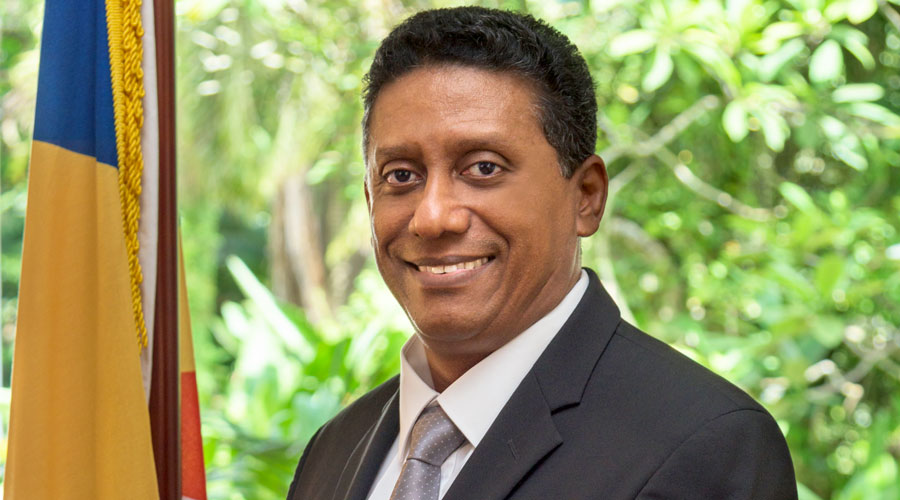 Seychelles has the best CPI score in Africa (66%) which makes them the least corrupt country in Africa. This score ranks Seychelles 28 out of 180 countries in the world. Seychelles President Faure came into power on October 16, 2016. Before then he served as the country’s vice president between 2010 and 2016. Seychelles has an overall governance score of 73.2. This ranks the country 2nd in Africa. Safety and rule of law and human development stands at 74.8% and 83.8% respectively. There is also high participation and respect of human rights in Seychelles (70.5%). Investors and job seekers will also meet a high sustainable economic opportunity (63.5%).

Botswana defies all the negative indices peculiar to many African countries. The BBC described Botswana as the most stable country in Africa. Before becoming the nation’s 5th president on April 1, 2018, President Mokgweetsi served as the education minister. Botswana has the second least corrupt public sector in Africa with a score of 61% on CPI. Compared to other countries in the world, Botswana ranks 34/180. This is not only the second best in Africa but also trumps prominent Asian and South American countries. In terms of security and rule of law and human development, Botswana scores 79.6% and 72.5% respectively. This is also one of the highest scores on the continent. Respect for human rights is also high (63.3%). According to the IIAG, Botswana has an overall governance score of 68.5%. Botswana’s economy has remained fairly stable. The nation has also moved away from the mono-diamond economy to explore other sectors including tourism.

There are only three African countries that score above 50 on CPI and Namibia is the third. Namibia has a score of 53% which ranks it 52/180 on global transparency index. It also ranks 4th out of 54 on IIAG’s governance index.

Prior to becoming the president on March 21, 2015, President Hage Gottfried Geingob served as the country’s first Prime Minister from 1990 to 2002. Geingob has virtually been on the corridors of power since 1990 and his experience is evident in Namibia’s high safety and rule of law and human development rating of 77.1% and 63%b respectively. Namibia is also one of the top-ranked African countries in terms of human rights (74.9%).

ALSO READ: Namibia Is Suing Germany For Reparations And Here Is How People Have Reacted

Since the end of apartheid on April 27th, 1994, South Africa has become a model for other Africa countries in many spheres. On February 2018, Cyril Ramaphosa was sworn into office after his predecessor, Jacob Zuma, was indicted for corruption. However, South Africa has a CPI score of 43% which ranks the nation 73/180. Upon assuming office, Ramaphosa pledged to prioritize land reforms and economy. South Africa’s economy remains the second largest after Nigeria’s economy. The country also has an impressive safety and rule of law score if 66.7% which is close behind Senegal. South Africa has the second highest human rights score after Namibia (74.4%). The country’s sustainable economic opportunity and human development are 65.1 and 65.6 respectively. It is ranked 7th in Africa for good governance by IIAG.

President Essebsi is a product of Tunisia’s December 21, 2014 revolution. Since his swearing into power on 31st December 2014, President Essebsi has taken bold steps to restore the people’s lost government confidence. In terms of public sector transparency, Tunisia scores 43% occupying position 73/180 in the world. Tunisia is generally safe (62.0%). The country also has a high human rights participation score of 67.3% and human development of 65.4%. In overall governance, Tunisia occupies the 9th position in Africa with a score of 63.5% by IIAG. With a more stable society, Tunisia’s tourism sector has grown tremendously. However, a recent increase in taxes has brought protests back to the streets.

Moroccan Prime Minister Saadeddine Othmani was appointed a prime minister in April 2017. In collaboration with King Mohammed VI and parliament, Morocco has become a reference point for a classic example of good leadership—particularly in Northern Africa. Like South Africa and Tunisia, Morocco has a CPI score of 43% and shares the same position with the other two countries. However, Morocco ranks lower in safety and rule of law and human development (61.9% and 61.6% respectively) compared to the other two countries. But Morocco has better sustainable economic opportunities than the other two (68.3%). According to reports, Morocco retains a place as one of the biggest economies on the continent with FDI hitting 36.75% in November 2018. Sadly, Morocco still has one of the worst human rights participation in Africa (41.8%). In spite of that, it claimed IIAG’s 15th spot out of 54 countries in Africa for good governance.

The only reason Nana Akufo-Addo is not among the top three on the list of top 10 current African Heads of State is that Ghana is still struggling with a corrupt public system. Ghana scores 41% on CPI and ranks 78/180. After coming into power in January 2017, President Akufo-Addo left no one in doubt that he is taking leadership in Ghana to the next frontier. Today, key good governance statistics tilt in his favor. Take, for instance, the International Monetary Fund (IMF) in conjunction with the African Development Bank (ADB) is projecting a growth rate of 7.6% in 2019/2020. In terms of overall governance, Ghana is 6th in Africa with an overall score of 68.1% by IIAG. Ghana scores high in safety and rule of law (70.7%), human rights participation (73.0%) and human development (69.9%).

ALSO READ: Ghana’s 2019 State of the Nation Address Gives A Sneak Peak On The Year Ahead

Like many of the Top 10 African Heads of State, President Kabore was courting absolute power before becoming president. Kabore served as the country’s Prime Minister between 1994 and 1996. The banker also served as the president of the country’s National Assembly between 2002 and 2012. Since becoming the president in 2015, Kabore has made sweeping changes. Burkina Faso now has a CPI score of 41% and occupies position 78 out of 180 countries. Burkina Faso enjoys good safety and rule of law (59.1%) as well as human development (54.8%). However, Burkinabe has to face the reality of below average sustainable economic opportunity (49.6%). As far as IIAG governance ranking goes, the country ranked 16th out of 54.

Like every other continent in the world, Africa has myriads of challenges. However, these courageous African leaders are taking bold steps to address them. Obviously, the list of top 10 current African Heads of State can change drastically if the focus key indicator changes. However, which other African leader do you think deserves to be on the list? Let us know your reasons in the comment box below.