Destination Spotlight: Off The Beaten Path In West Africa

Chandler Institute of Government (CGI) is a non-governmental organization with headquarter in Singapore. Its purpose is to help in building good government all over the world. To do this, the CGI provides a way by which governments can measure their performance relative to other governments around the world. This performance index is called the Chandler Good Government Index (CGGI). It’s an annual index that ranks different countries using 34 indicators. The indicators are placed in 7 categories called pillars. This year, 104 countries including 22 African countries are included in the index.

How Credible Is The Chandler Good Government Index?

The CGGI uses information from over 50 sources that are available to the public. The information is then aggregated and a final score is given on a scale of 0 to 1. With 0 being the lowest score while 1 is the highest. To ensure equality and fairness, the index only includes countries with sufficient public data. Where such is not available, the country will be omitted from the index. The same goes for each of the 34 indicators. In this case, indicators that lacked sufficient data for aggregation were not used in the ranking. 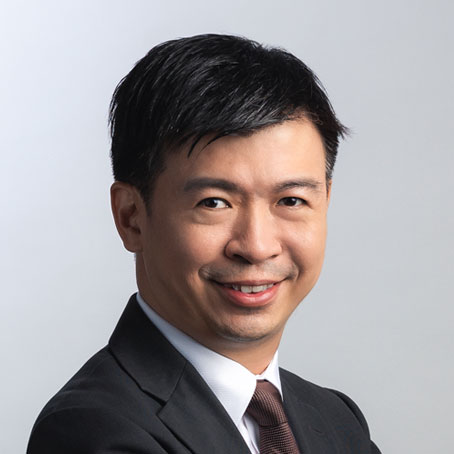 The website states that part of the ranking process involves consulting with leaders, experts, and researchers in governance globally. However, they didn’t provide a step-by-step breakdown of the processes used in obtaining the Index score. Its 8 member advisory panel is made up of individuals that are serving in the highest levels of governance. Each carefully chosen to reflect diversity in knowledge, skill, and a broad understanding of governance.

The Seven Pillars Used In The Ranking

The seven pillars comprise a total of 34 indicators and each pillar measures the capability of the government in a specific area. The final score for each pillar is an aggregate of all the indicators that sum up that pillar. The pillars used in the Chandler Good Government Index are highlighted below.

This uses indicators such as innovation, anti-corruption, adaptability, vision, etc, to measure the leadership capability of the government. A government with good leadership should be able to protect its citizen from officials who would abuse the power or privilege of their position of authority. It should also be able to set and implement long-term goals and objectives.

This measures the strength, quality, and transparency of the law in each country. Good governance entails having a well-defined and transparent law process and policies. This pillar also measures the efficiency and effectiveness of the government in establishing the rule of law. 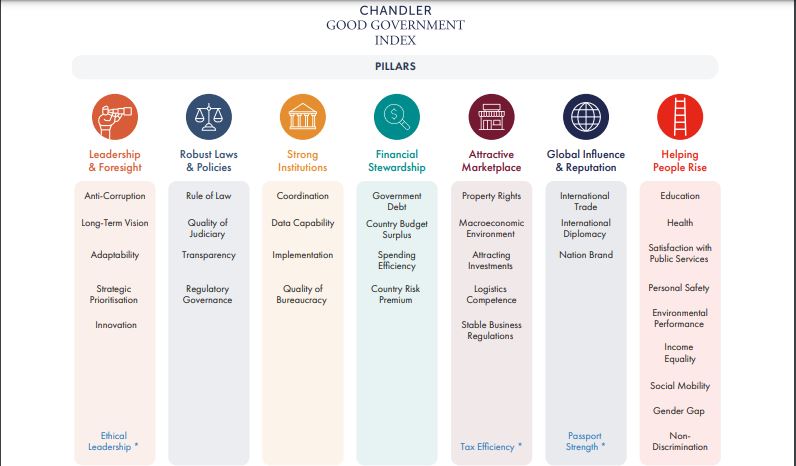 A cross-section of the pillars used in the CGGI ranking. Indicators that were asterisked are not included in this year’s ranking due to insufficient data (Photo credit: Chandler good government index report)

This is all about the willingness of investors to invest in a country. What steps a country has taken to protect and promote investments. This could be by providing basic infrastructures, property rights, and a stable economic environment that will promote Foreign domestic investment (FDI).

This is a measure of a country’s good standing with other nations of the world. To do this, the CGGI uses indicators like passport strength, international diplomacy, international trade, and nation brand. Global influence and reputation are all about image and these indicators show how each country is perceived globally.

For the government to help people rise, then it must be doing things right. The seventh pillar measures the impact the government is having on its citizens. To do this, it takes a look at key indicators that provides insight into the overall wellbeing and happiness of the citizens of each country. This includes health care, education, safety as well as social and global issues such as environmental challenges and gender equality.

How Did African Countries Fare In The Chandler Good Government Index?

The top best African countries rank among the first 80 countries in the Chandler Good Government Index this year. After comparing the best and worst African countries in the index. It becomes clear that the African countries which made it to the top 80 global rankings excelled in at least 3 of these 5 pillars namely; leadership and foresight, robust laws and policies, strong institutions, financial stewardship, and an attractive marketplace. The exception to this is Mauritius, where the government outperformed other African governments by excelling in 6 of the 7 pillars used in the index. By excel we mean having a score that is above 0.5 in any of the pillars mentioned above. 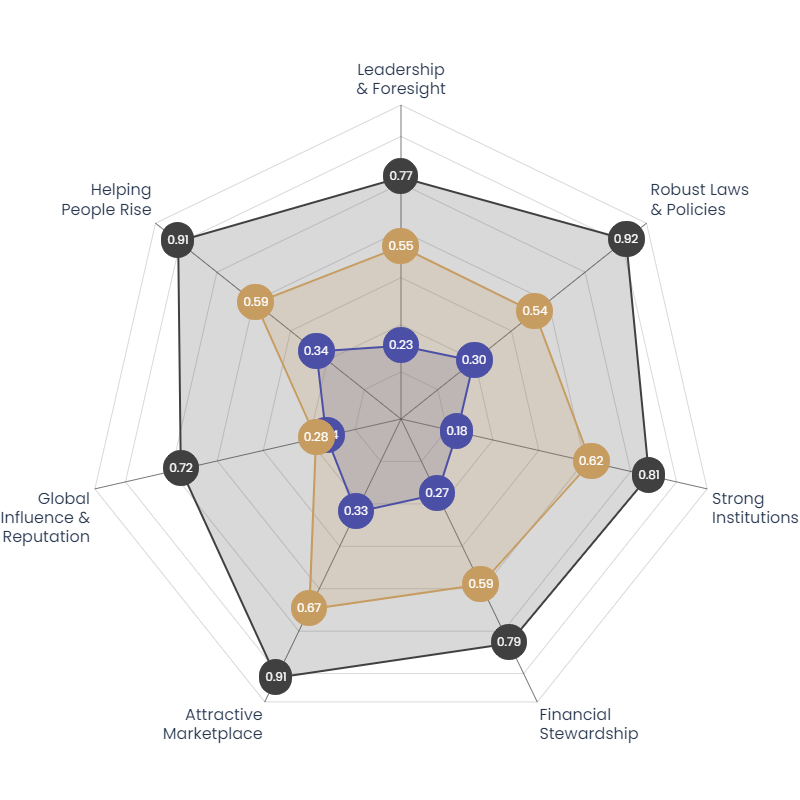 A comparison of the best African country (Mauritius) and the worst African country (Zimbabwe) with the best country globally (Finland). Finland is represented in black, Mauritius in brown, and Zimbabwe in blue. (Photo credit: Chandler Good Government Index) 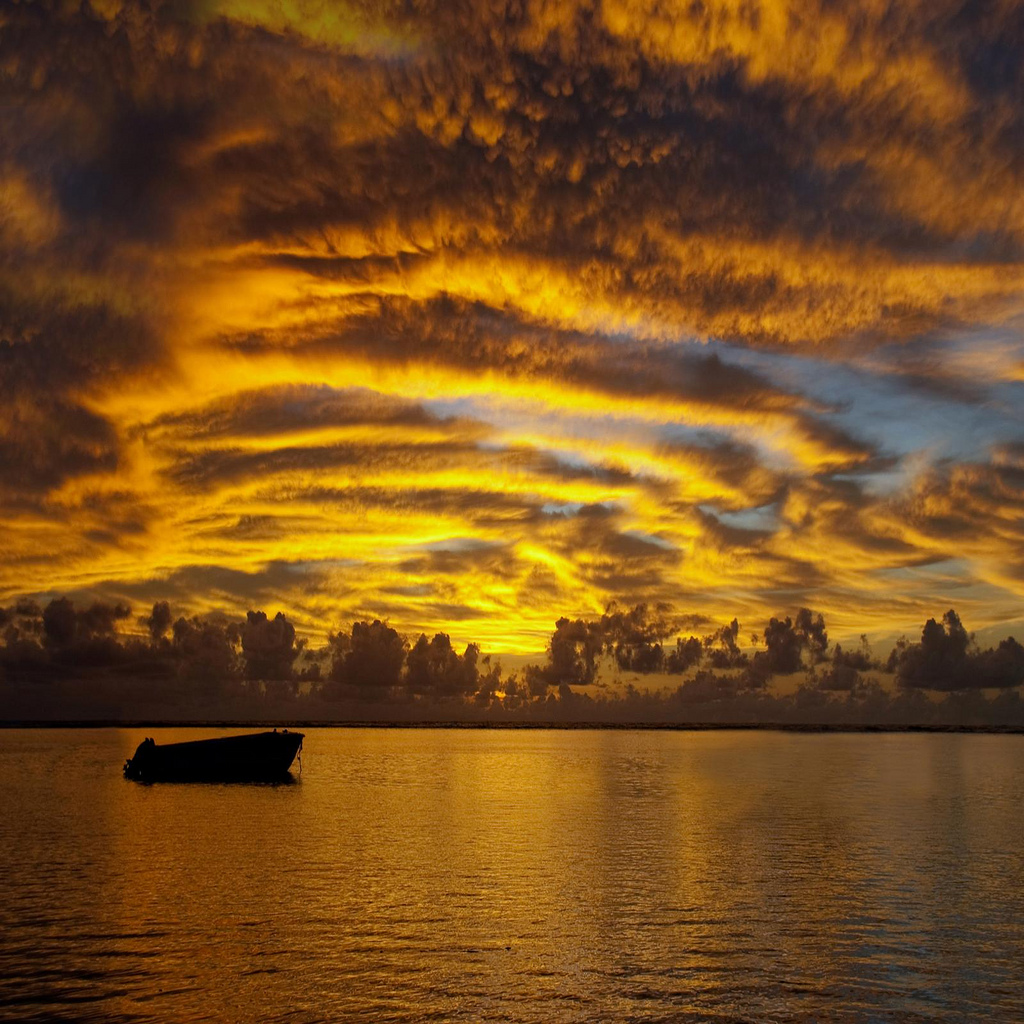 Mauritius has a global ranking of 38 and it’s the first African country on the global good government index. It is the only country in Africa that excels in 6 out of the 7 pillars used in ranking. The only major drawback of the nation is its global influence and reputation. 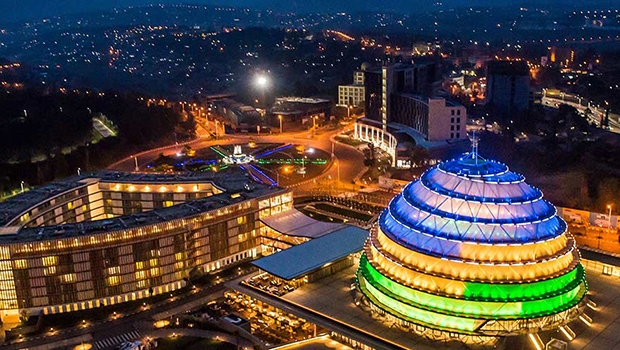 Another East African country, Rwanda is the second-best African country. Despite being considered a low-income country with a GDP per capita of just $820, it shows significant progress especially in its policies, spending efficiency, and macroeconomic environment. Overall, the government manages to pull through in key significant areas to land at number 53 in the global good government index. 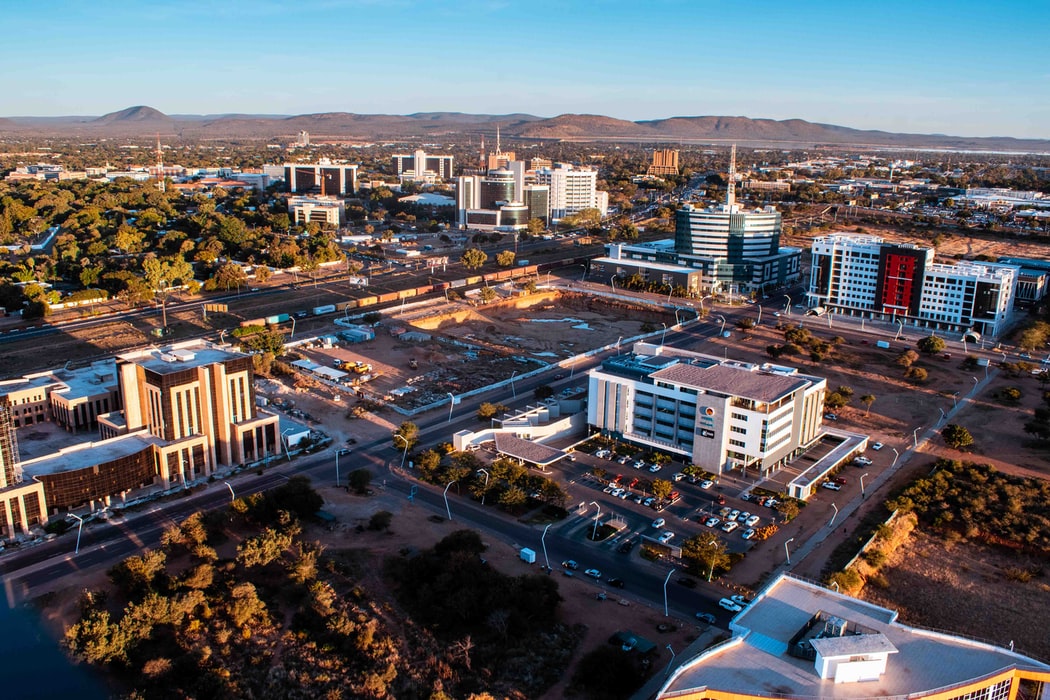 Botswana is a small country in Southern Africa. Nevertheless, size doesn’t seem to matter as the government is among the top best according to the global government index. Ranked 57 in the world, Botswana shows an all-around capability except in leadership and global influence. The lack of innovation and international diplomacy are pitfalls that its government needs to work on. 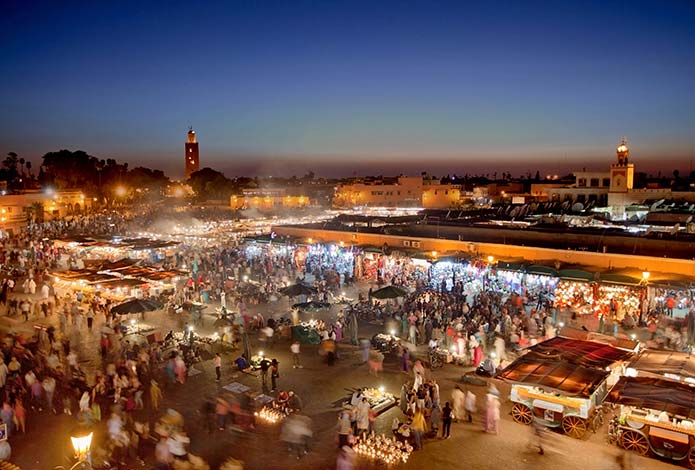 This is one of three Northern Africa countries to make the list of the top 10 best African nations. On the CGGI, the government of Morocco slacks off in leadership and foresight. However, what it’s lacking there, it makes up with robust laws and policies and great financial stewardship. Combining these two together makes the country an attractive marketplace and the 61st country on the CGGI.

South Africa is among a few African countries with a well-rounded government. Though it doesn’t score high on the index, the government shows a uniform performance in 6 of the 7 pillars. In helping others rise, it seems the government has failed to address some of the major issues of society. These include income equality, social mobility, health, and personal safety where it had an index score of 0. South Africa is ranked number 70 on the global good government index. 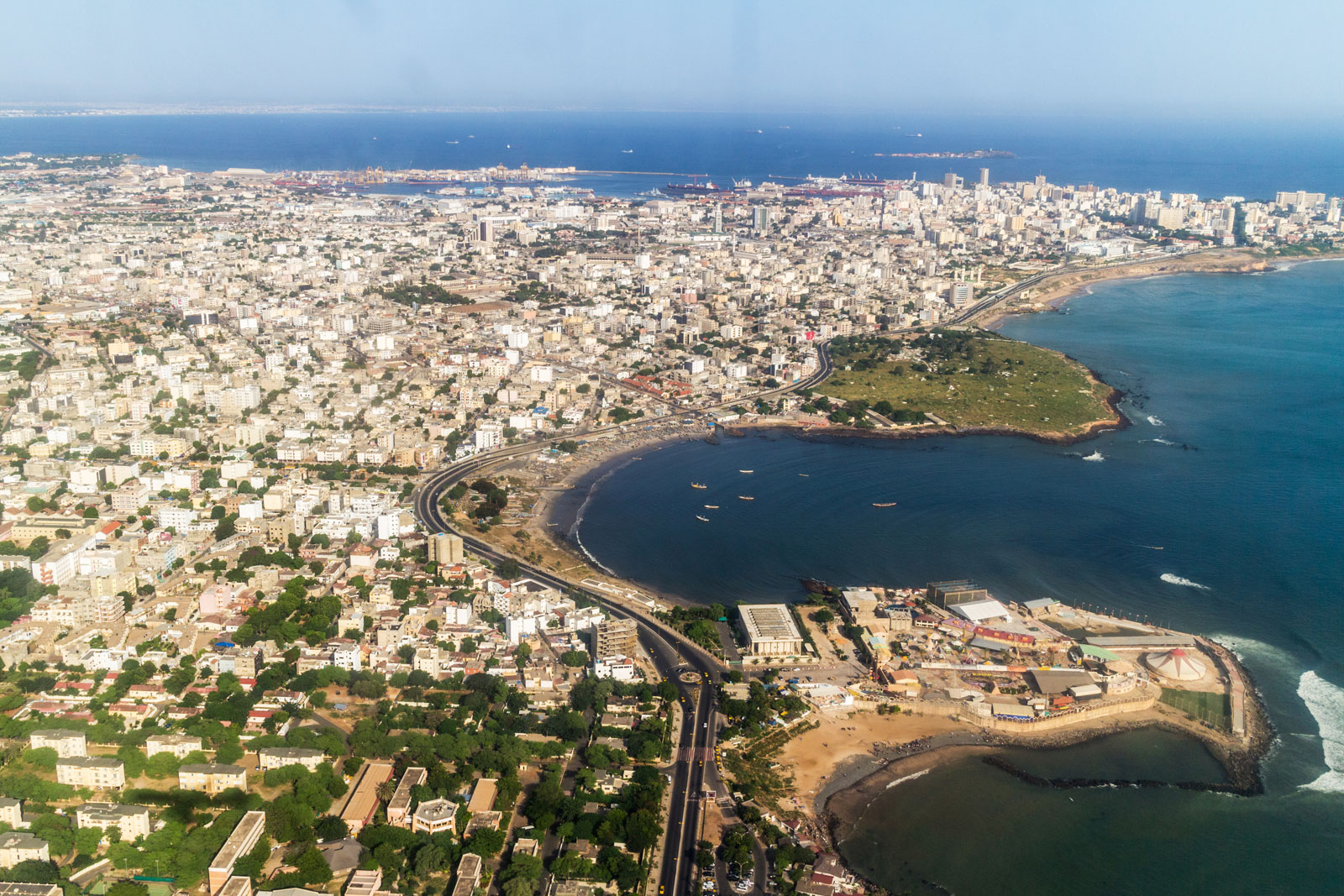 Trailing just being South Africa is Senegal, a West African nation and the number 71 country on the index. Its strong macroeconomic environment makes it an attractive marketplace. The country also has a decent performance in all pillars of the index, especially in the financial aspect where its risk premium is among the highest. 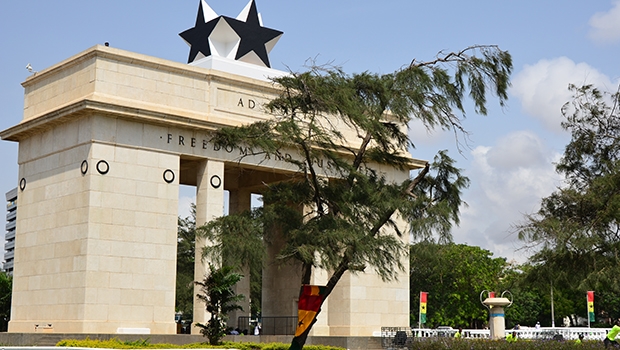 Ghana is the 72nd country on the CGGI but the 7th African nation to make the list. According to the CGGI, the Ghanaian government has strong policies and institutions but lacks global influence, especially in international trades and diplomacy. However, the country proves to be an attractive marketplace by providing a stable business environment and property security. Both attract investment. 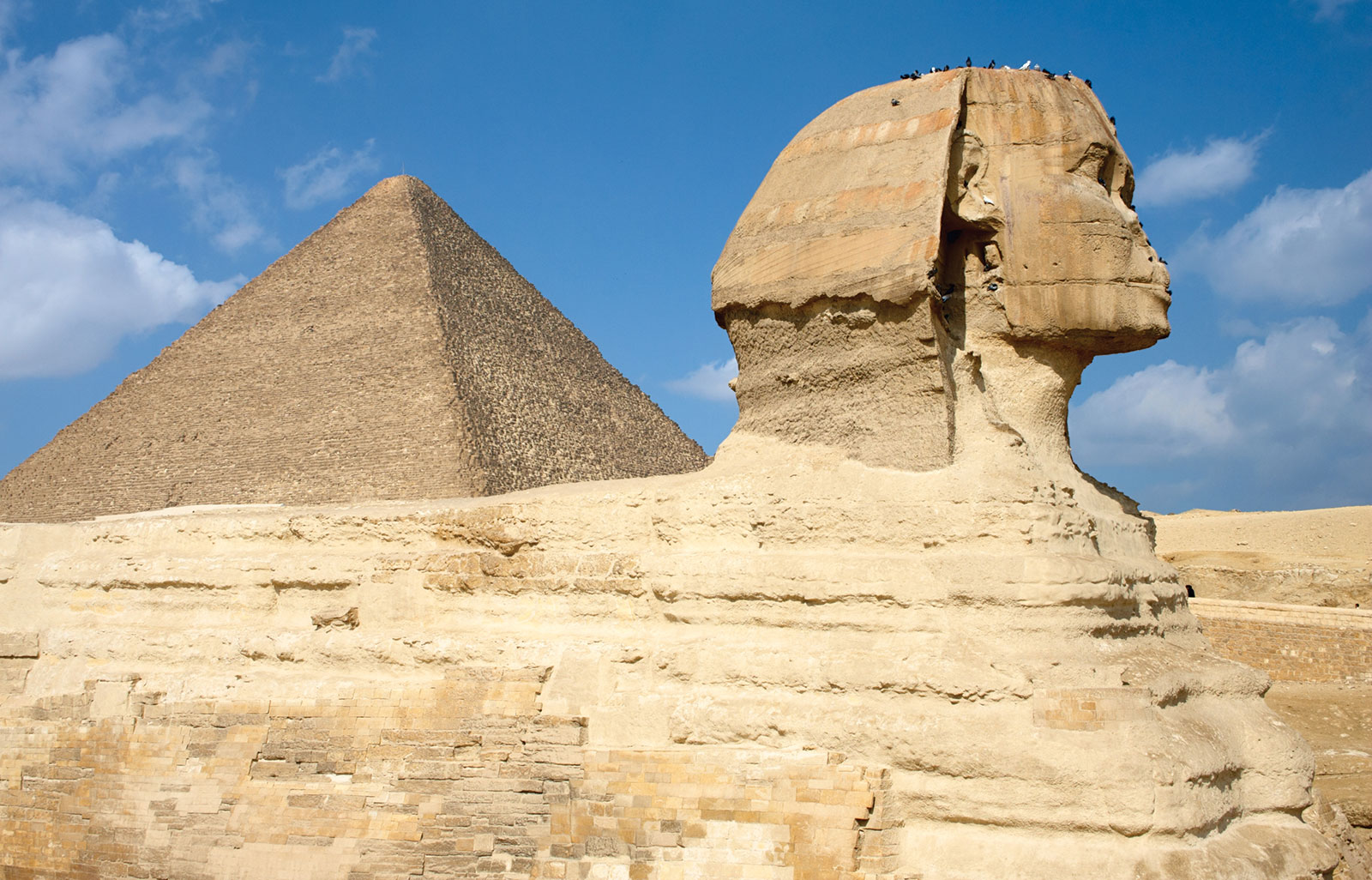 The Great Pyramid and The Sphinx (side view) (Photo credit: Britannica.org)

Safety, international diplomacy, nation brand, health care, satisfying public services, and Investment opportunities. These are the core strengths of the Egyptian government according to the CGGI. The North African country is however lacking in innovation. This is the major weakness of its government, second only to the gender gap. 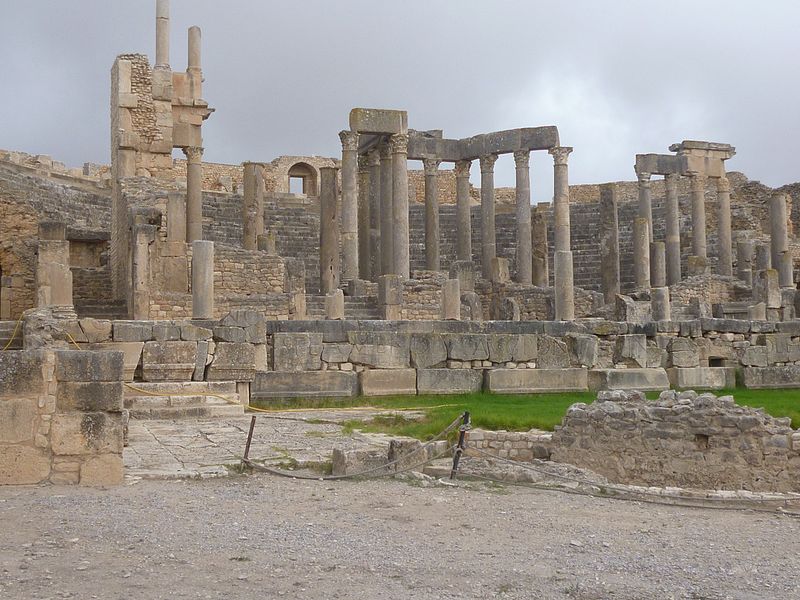 Tunisia is the last of the three North African countries to make the list. It is ranked number 75 by the CGGI. The country shows the same tendencies as most other African countries mentioned here. However, like Egypt, Tunisia still has a lot of work to do to close the gender gap. 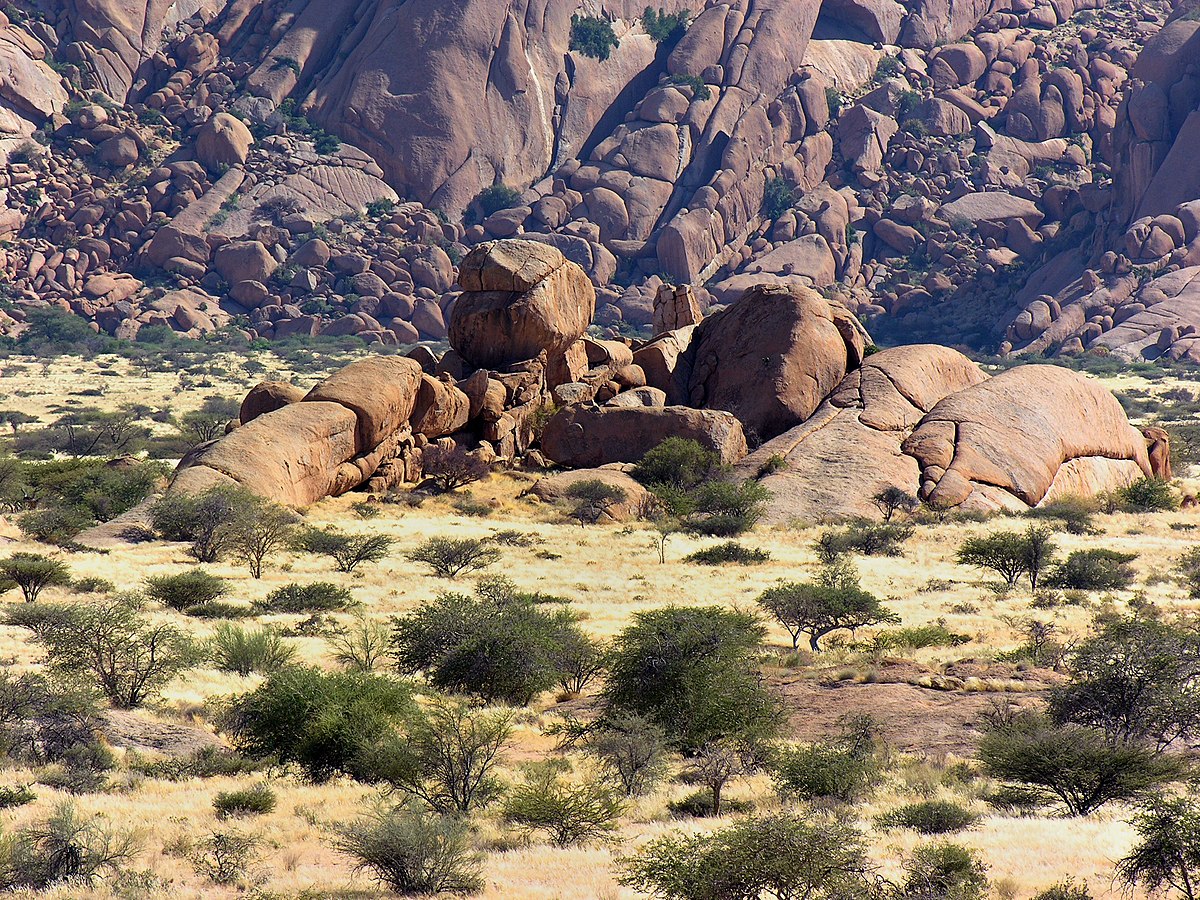 Finally, at number 76, Namibia is the 10th African country with one of the best governments on the continent. Unlike many other African nations before it, Namibia is an upper-middle-income country with a GDP per capita of more than $4,000. It is also the only African nation on this list with the highest score for gender equality.

Many African nations ranked low in the global good government index. A close examination revealed that they all had very low index scores in 4 critical areas. These are leadership and foresight, poor institutions, poor spending efficiency, and absence of global influence. Here are 10 of the lowest ranking African nations and their global ranking;

The Chandler good government index helps to highlight the strengths and weaknesses of each country. Out of the 22 African nations indexed, few made it to the top 100 and even fewer made it to the top 50. Analyzing the results, we observed that the African countries that made it to the top performed close to or above the average global index score in at least 5 pillars. These are Leadership and foresight, Finacial stewardship, Robust laws and policies, strong institutions, and an attractive marketplace.

However, going by the index, they all have to work on improving their global influence and reputation. This is particularly true in the areas of international diplomacy and nation brand. So, what do you think about the Chandler good government index? Does it reflect the realities in your country? Drop your opinions, suggestions, and observations in the comment box below.