Passage rite is an indication that age is not just a number in Africa. It is a measure of experiences and responsibilities. Unlike in other continents, Africa is particular about age. Hence, the grouping of age into different brackets with rites or celebrations to mark the movement from one bracket to another.

Passage rites are ceremonies or practices which usher the performers into the place of their new responsibilities. Mostly known as passages, these initiation rites must be done to declare that the initiates are not their old selves again. Though many ceremonies are celebrated in Africa, five passage rites stand out when it comes to age.

In Africa, children are believed to come from God. Therefore, an African who needs progeny offers many incantations to invoke God’s blessings through different deities. Therefore, if God grants a couple a child, it is expected that they offer sacrifices of thanksgiving and petition. This is done regularly till delivery.

In Egypt, a woman gives birth squatting on two sacred bricks to enhance protection from evil spirits. The bricks offer health and happiness to both mother and child. In most cultures, a child is named after seven days of birth. The naming ceremony is usually celebrated to show gratitude to God and dedicate the child to his ancestors. This passage rite is also a means of telling the child that he or she is accepted into society.

In Africa, names are given based on the circumstances surrounding the child’s birth. A typical popular example is biblical Moses. A name can also be chosen as a reminder of the day on which the baby was born. For example, in Ghana, a boy born on Friday is usually called Kofi and a girl is called Efua. Also, the belief in reincarnation can also affect the name given to children.

A child in Africa is usually catered for by his parents and relatives until a certain age range; girls are given out in marriage to a responsible person while boys are introduced to manly responsibilities such as feeding the family. But, any of these takes place, there is a ritual that ushers each gender into adulthood. It is called circumcision.

ALSO READ: 15 African values that must be preserved

Though female circumcision is widely criticized and considered inhuman, the motive of female circumcision is to cleanse the girl before marriage. In fact, a Pokot girl in Kenya is seen as unmarriageable and an eyesore if she is not circumcised. There is usually no analgesia so that the participant will understand that it is hard to be a woman. 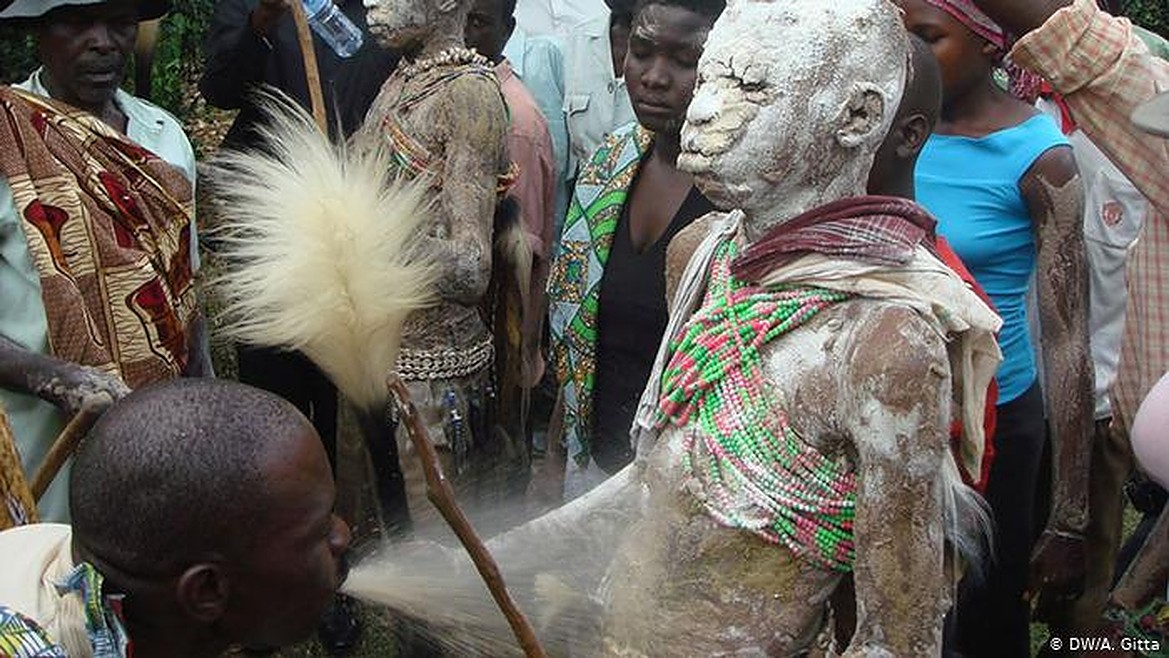 The same is applied to Xhosa boys in South Africa. Xhosa cultures demand that boys who underwent circumcision should be allowed to fast for some time before they are celebrated into manhood. Male circumcision is usually crude and brutal that many of the initiates die during the passage rite.

Marriage is one of the most celebrated rituals in Africa. It is not only the union of two people but their families. In most African tribes, marriages are arranged between families to cement relationships. It is not usually a concept of love but an avenue to produce legitimate children. When a girl is born, a man can go to her father to seek her hand in marriage.

If accepted, she is betrothed to the man, and gifts are constantly exchanged throughout the waiting period. The girl will be going forth and back to her husband’s place to help them in domestic works until she comes of age. The groom then comes officially to celebrate the marriage by taking the girl home as his wife. Though few cultures still allow betrothal, there must be consent between two families before marriage ceremonies are initiated.

ALSO READ: Namibia is suing Germany for reparation and here are people’s reactions

Among the Igbo ethnic group of southeastern Nigeria, a man offers coconut to his intended bride. If the lady accepts, it means that she is also interested in the man. They can then proceed with the traditional marriage. In traditional marriage, a father offers a cup of palm wine to his daughter to give to any of her suitors. Any man who drinks the wine is automatically her husband. There are rare cases of divorce in Africa because husbands are seen as the lords of the house.

Unlike in other places, age is a culmination of experiences in Africa. This does not mean that every old person can be an elder. An elder is a bona fide citizen of a community who represents what the young should emulate. It is assumed that their words are the genesis of African proverbs. There is a popular saying in Rwanda,

“From the words of an elder is derived a bone”

It literally means that the words of an elder, if listened to, can make him formidable in all his endeavors.

There are procedures an adult can follow before he becomes an elder or titled man. In most cultures in Nigeria, a man declares his interest to be titled to his clan. Elders will interview him to verify his character, what he does for a living, and his contribution to society. Once he scales through, a date is fixed for his passage into eldership. Once an elder, he upholds the traditions of his town to inspire young people.

Two peculiar things validate an African belief in ancestorship. The first is the artifacts carved or created to remind them of their forefathers. The second is the religious belief that an ancestor is a mediator between his people and God. When an elder dies, it is believed that it is just a transition into the higher realm. That is why death is synonymous with joining the ancestors in Africa.

In South Africa, Badimong is a place where ancestors and humans discuss. Ancestors have a heavy influence on the living because they can bestow blessings or even lay curses on them. The living honors them through different ceremonies to attract blessings to themselves. Wearing face masks and masquerades exemplifies the relationship between the living and the dead.

Wearing masks connects the wearer with the ancestors. Face masks are carved to resemble an ancestor. To connect to the spirit world, a person wears a mask. Once he wears the mask, the ancestor takes over him and acts through him. The same is true for masquerading.

In many African countries like Congo, ancestors are seen as deities and can be represented in stones or woodcraft. The living build shrines and worship centers for their ancestors for reverence and honor.

Passage rite is an organized way of stratifying people into different age categories for easy identification. This has helped to organize African society for easy governance. Truly, civilization started in Africa and extends to the whole world. Sadly, westernization is leading to the abandonment of some of these rites. Which of these rites is still in practice in your society? Let us know in the comment box below.