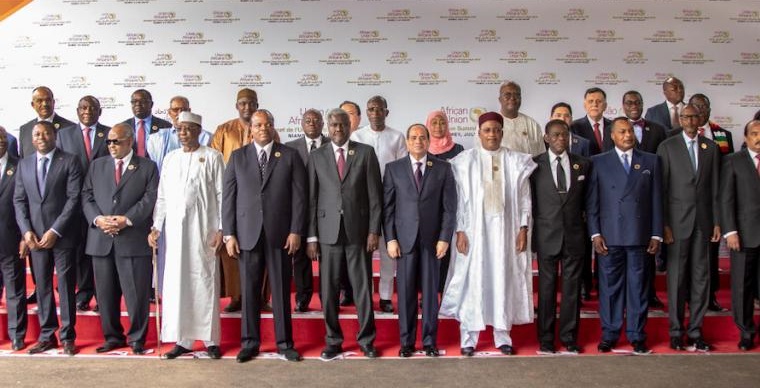 After four years of intense talks, the African Continental Free Trade Area (AfCFTA) is now official. Consequently, this is the largest trade bloc since the creation of the World Trade Organization in 1994. With Eritrea holding out, 54 of the 55 African Union (AU) nations agreed in March to the deal. AfCFTA will unite 1.3 billion people and create an economic bloc worth $3.4 trillion. In the summit’s opening ceremony on Sunday, Abdel Fattah al-Sisi, Egyptian President and African Union Chairman said,

“The eyes of the world are turned towards Africa. [However] the success of the AfCFTA will be the real test to achieve the economic growth that will turn our people’s dream of welfare and quality of life into a reality. AfCFTA will reinforce our negotiating position on the international stage. It will represent an important step.”

Ahead of the AU summit in Niger on Sunday to launch the AfCFTA accord, President Patrice Talon of Benin and President Muhammadu Buhari of Nigeria signed the historic trade agreement. However, inasmuch as 54 nations have signed, only about half have ratified the agreement. Consequently, AfCFTA governance will be on five regional instruments namely; the African Trade Observatory, a digital payment system, the monitoring and elimination of non-tariff barriers, the online negotiating forum, and the Rule of Origin.

If well-implemented, AfCFTA is expected to usher the continent into the new era of economic development. According to Albert Muchanga, the AU trade and industry commissioner, the free-trade zone should be fully operational before the end of July 2020. The future headquarters of the trade zone will be in Ghana.

According to the International Monetary Fund (IMF), the elimination of tariff alone can lead to an increase in trade by 15 to 25% in the medium term. However, the IMF believes Africa can double this figure if other issues are sorted out. In its May report, IMF dubbed AfCFTA an “economic game-changer”.

Similar agreements have fast-tracked growth in North America and Europe. Currently, African nations have intra-goods trade of about 16%. This is nowhere near the 65% intra-goods trade among European Union member states.

Experts say the obstacles that may deter the trade agreement from reaching its full potential include corruption, excessive border bureaucracy, unrests, and poor rail and road networks. Also, before the coming of AfCFTA, there are already competing and overlapping trade zones namely; Common Market for East and Southern Africa (COMESA) in east and south, Southern African Development Community (SADC) in the south, East African Community (EAC) in the east, and the Economic Community Of West African States (ECOWAS) in the west. Of these, only EAC has made remarkable progress towards a common market. There are fears on what will become of these other trading blocs.

However, AfCFTA will not eliminate these Regional Economic Communities (REC). Trudi Hartzenberg explains that the role of AfCFTA is to liberalize trade among nations not currently part of REC. Hartzenberg is the director at TRALAC, a trade law organization based in South Africa.

The cumulative GDP of Egypt, Nigeria, and South Africa is about 50% of the entire continent. However, there is a huge fear that AfCFTA will favor some states over others. For Nigeria, officials fear it will lead to flooding of the market with low-priced goods. This will further compound the woes of the struggling local manufacturers. South Africa’s manufacturers on the other hand see this as an opportunity to quickly expand their export market into North and West Africa. Brookings Institution’s Africa Growth Initiative fellow, Landry Signe said,

“It will be important to address those disparities to ensure that special and differential treatments for the least developed countries are adopted and successfully implemented.”