Jessica Nabongo Is The First African Woman To Travel Around The World. Can You Guess Her Favorite Countries?

Destination Spotlight: Off The Beaten Path In West Africa 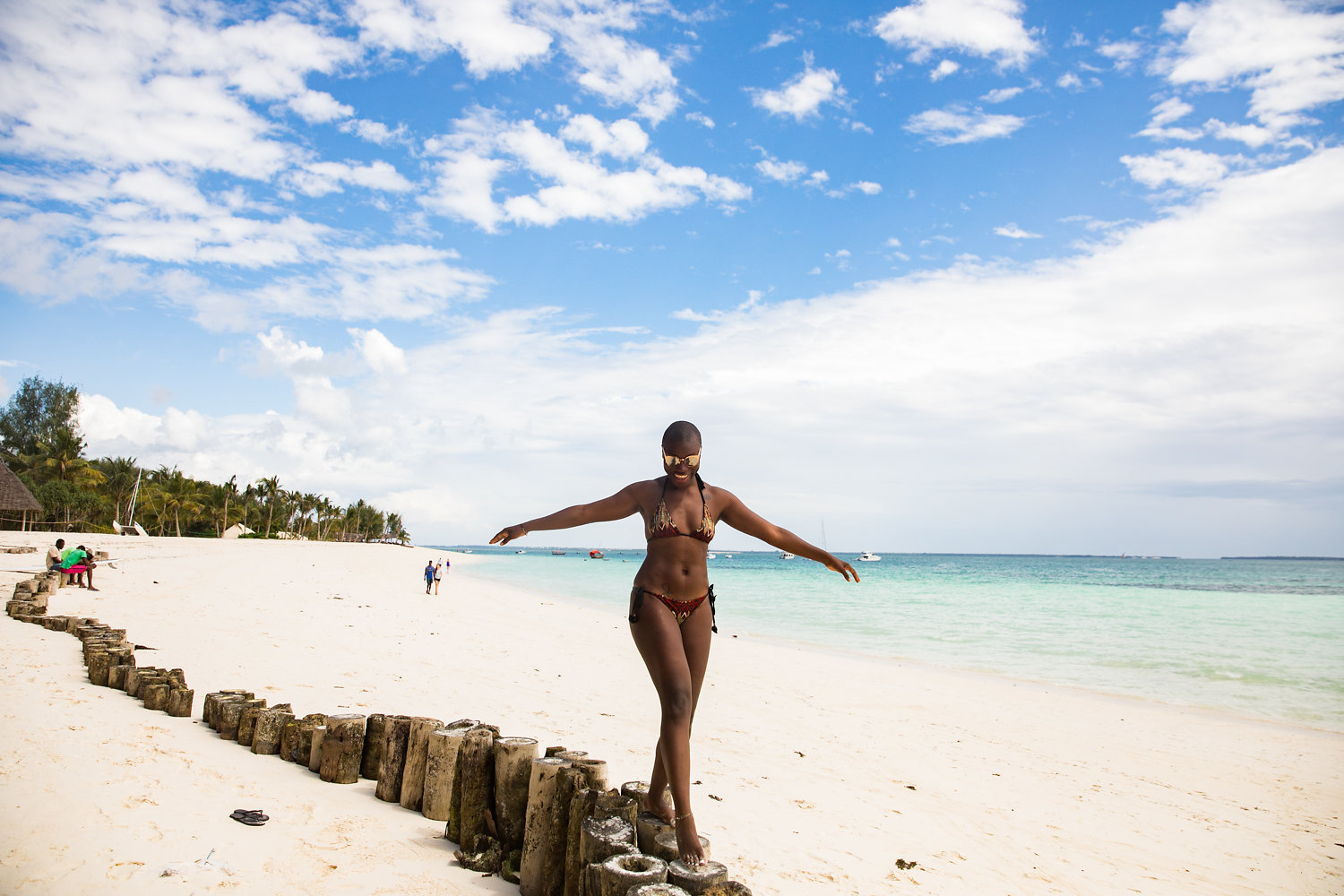 When Jules Verne wrote ‘Around the World in 80 Days’ it sounded like a reality only found in fiction. However, sites like Most Travelled People and Nomad Mania show over 100 people have made the attempt and succeeded. Jessica Nabongo has joined the ranks of the very few who took up this feat. She has become the first African woman to travel all the 195 countries of the world—but she did not complete the journey in 80 days. For her, it took decades. She started traveling with her parents when she was 4. However, it was in 2016 that she thought about traveling to every country in the world.

Jessica Nabongo is the first African world traveler to visit every country and carry her fans and friends along. Her visit to Mahé Island, Seychelles on October 6 brought her quest to an end. According to Nabongo, there are just about 150 people that have been to every country in the world. They share their experiences on a Facebook page called Every Passport Stamp. She said,

“I am trying to change the narrative about black people in the travel space. When I am traveling in Delta One or domestically flying first class, people are like, ‘Oh, are you an employee?’ I am like, ‘No, but I am Diamond,’” referring to the top tier of frequent fliers of Delta Airlines.

The Birth of Jessica Nabongo’s Passion to Travel

Jessica Nabongo has been traveling as early as the age of 4 with her parents. Her parents are Ugandan immigrants who settled in Detroit, Michigan. She visited her parents’ families as a teen. By the time she was a high school graduate, she had already been to 8 countries and territories. After her graduation from college, she bagged a six-figure job at a pharmaceutical company. Consequently, she was able to buy a house in the Motor City.

For many, this would have been ‘the American dream’. However, it was not enough to satisfy her quest for adventure. She started renting out her condo for extra cash. She first hit the road for Japan where she taught English—that was in 2008. From there she made her way to grad school at the London School of Economics—she was 26 at this time. Finally, she landed a job at the United Nations. Jessica Nabongo’s UN job took her to Benin, and then Italy. 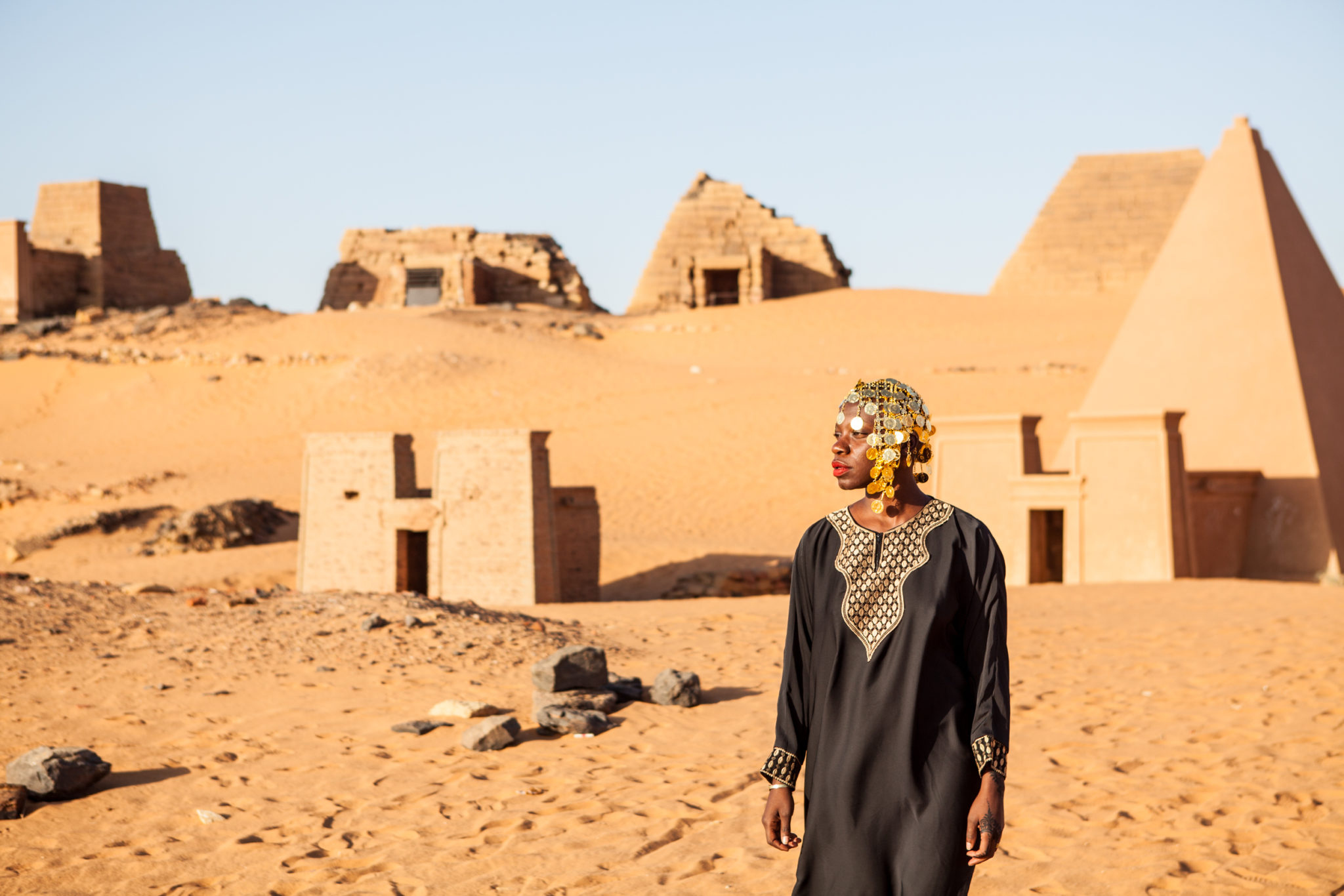 By 2016, Nabongo had already been to 60 countries. What makes her journey different is that she shares her experiences in each of the countries she visited with her over 170,000 Instagram followers. Nabongo decided to travel for a number of reasons which she explains,

“I began my journey to every country in the world because I am a geography nerd, curious about other cultures, and want to show the world through a lens that we rarely view it from—that of a black woman.”

The Challenges of Traveling Around the World

One of the major challenges of every traveler is funding—more so for anyone who decides to travel the world. You have to deal with accommodation and feeding. Unlike other travelers that usually spend a day in all the countries they visit, Jessica Nabongo spent an average of four days in the last 50 countries she visited. In an interview with CNN Travel in 2018, she said,

“Navigating the world as a woman can be very difficult. I’ve had a pretty wide range of experiences. Accused of being a prostitute. I’ve had men chase me before. I’ve been assaulted on the street.”

To get funds for her travels, she founded a company, Jet Black, which helps small groups of travelers to organize custom itineraries. She also sells travel gear including passport covers and branded T-shirts. Jessica Nabongo’s status as a social media influencer also came in handy. In some instances, she exchanged social media posts for a free hotel stay. She also has a Gofundme page for donations from friends and fans. 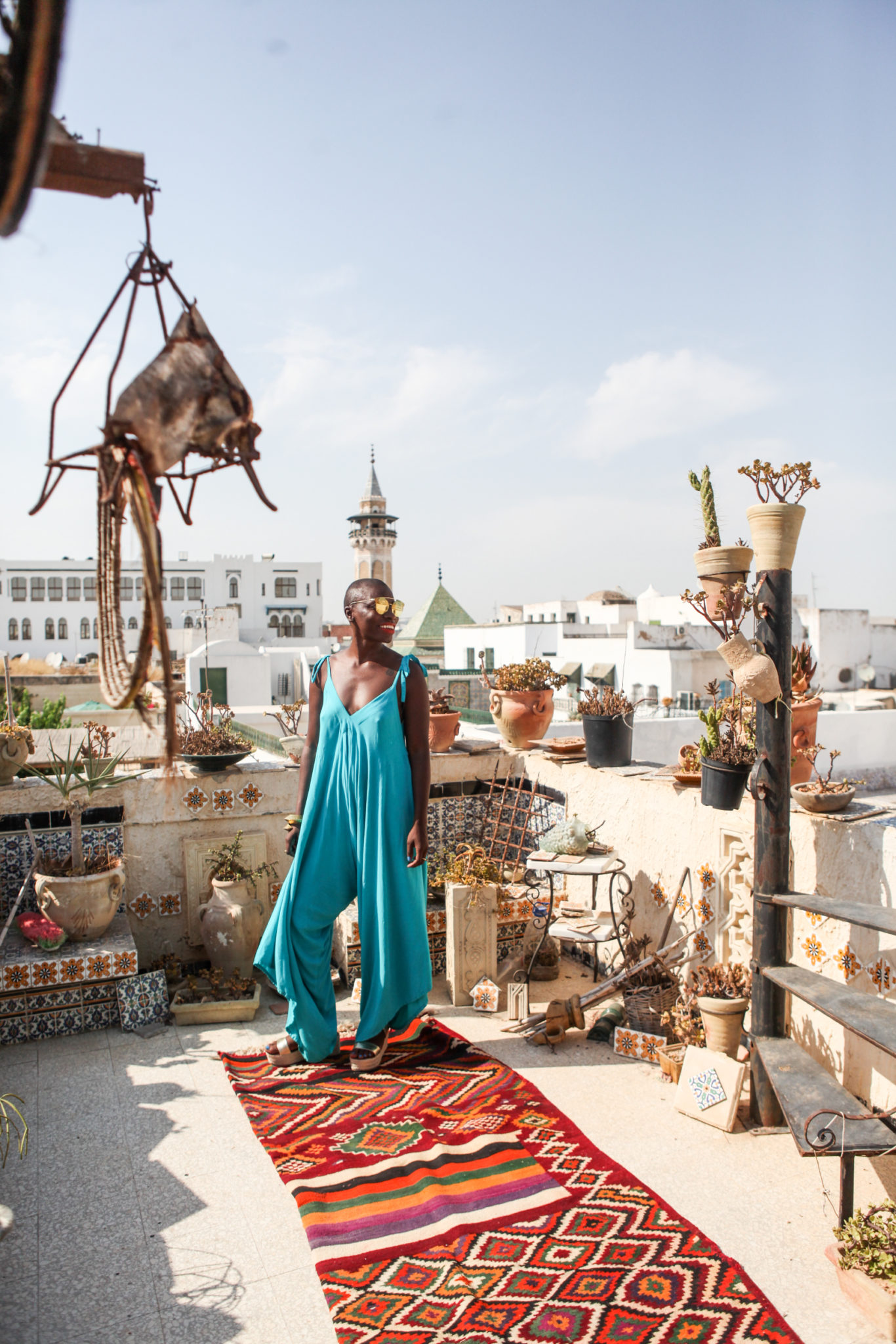 Apart from the financial challenges, there are other issues that country counters have to deal with. Sal Lavallo, a friend of Nabongo mentioned some of these challenges while sending a congratulatory message to her in a social media post,

“In my 13+ year journey to each country, I experienced the highs and lows of travel. However, as a privileged white man, I was able to go through the world always feeling welcomed and safe. Jessica’s journey, as one of the ~20 women and 3 or less black travelers, highlighted how travel (extreme or otherwise) should not be limited to only a small portion of the society.”

Jessica Nabongo points out that what the public thinks about a country is often far from reality. Consequently, one of the countries she enjoyed visiting was Haiti. It was her 50th. After her first visit in 2015, she had visited two more times.

“If you are visiting I recommend starting in Port-au-Prince and doing a visit to Musée du Panthéon National Haitien (MUPANAH),” she said. “Two other must-see destinations in Haiti are Côte des Arcadins, where you should do a boat tour to Anse-à-Galets with Marina Blue Haiti and Jacmel where you can take in the artistic side of Haiti.”

A few days before boarding a plane for Seychelles, Jessica Nabongo spoke with Conde Nast Traveler. Besides talking about the need to change the narrative of female travelers, she revealed one country she would love to visit again.

ALSO READ:Kenyan Artist Transforms the Entrance of The Metropolitan Museum of Arts

“Jordan,” she said. “The first time I went, I immediately fell in love with Jordanians. They’re just so fun and kind. And then the country itself is so diverse. Jordan is everything any traveler could want.” 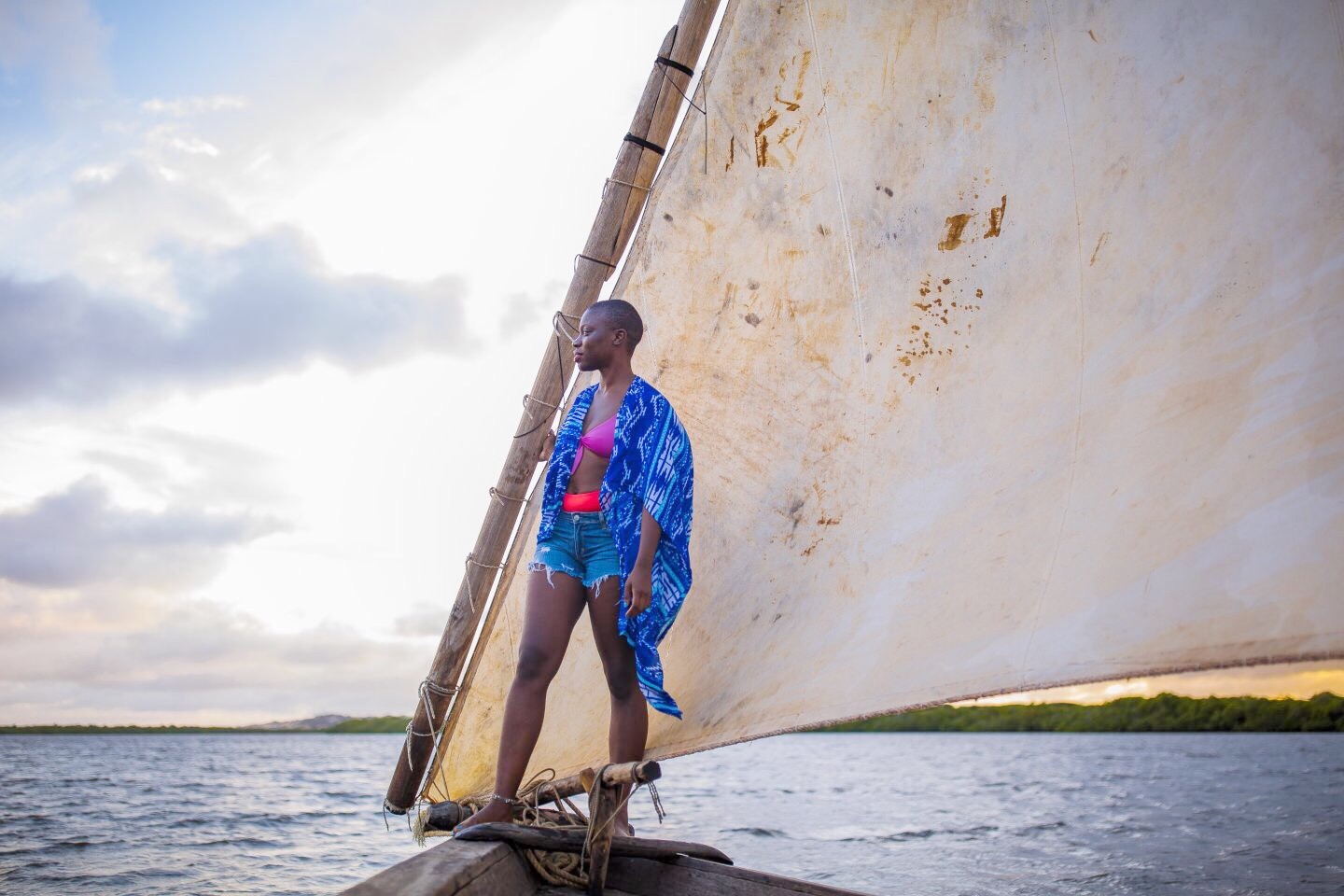 However, in one of her posts on The Catch Me If You Can, she points at her favorite African countries. In North Africa, she pointed at the massive number of pyramids in Sudan—more than twice that of Egypt. However, her favorite country in this region is Tunisia. Jessica Nabongo will not stop gushing about the beaches of Hammamet.

Controversy on the First African Woman to Navigate the World

Nomad Mania has become the gold standard for verification of countries visited by globetrotters. With over 5,000 members, the organization verifies country visits by asking for proofs of 20 random places. The group has confirmed Nabongo’s efforts. However, Woni Spotts, an African-American claims she deserves the title.

Spotts completed her 40-year adventure in September 2018. The African-American claims she can verify her travel claims with a video project, tickets, and passport stamps, State Department records as well as documentation. If the claim by Woni Spotts is verified, it will make Jessica Nabongo the first black woman of African descent to make the journey.