Anglophones in the predominantly French-speaking Cameroon have been protesting for almost a year now. They say they feel like second-class citizens. Until recently protesters had only called for reforms.  Now some say equality isn’t enough – they want independence. On Sunday Oct 1st, rallies took place on the very day Cameroon’s English and French regions had united 56 years earlier, where many anglophones declared independence from the Republic of Cameroon. Police shot and killed at least eight people during the protests.

The Anglophone regions in the west of the country, where the protests took place, account for 15 percent, or 3.6 million of the country’s 24 million inhabitants. They have long-standing complaints about political and economic discrimination that reignited late last year when lawyers and teachers called for reforms. Police killed six protesters and arrested hundreds more during the initial demonstrations.

Subsequently, the government shut down the internet in the region for four months at the start of the year. The move crippled businesses and was condemned internationally. The latest protests were the largest and most widespread in months and came a day after a bomb blast wounded three policemen in the Northwest Region capital of Bamenda. 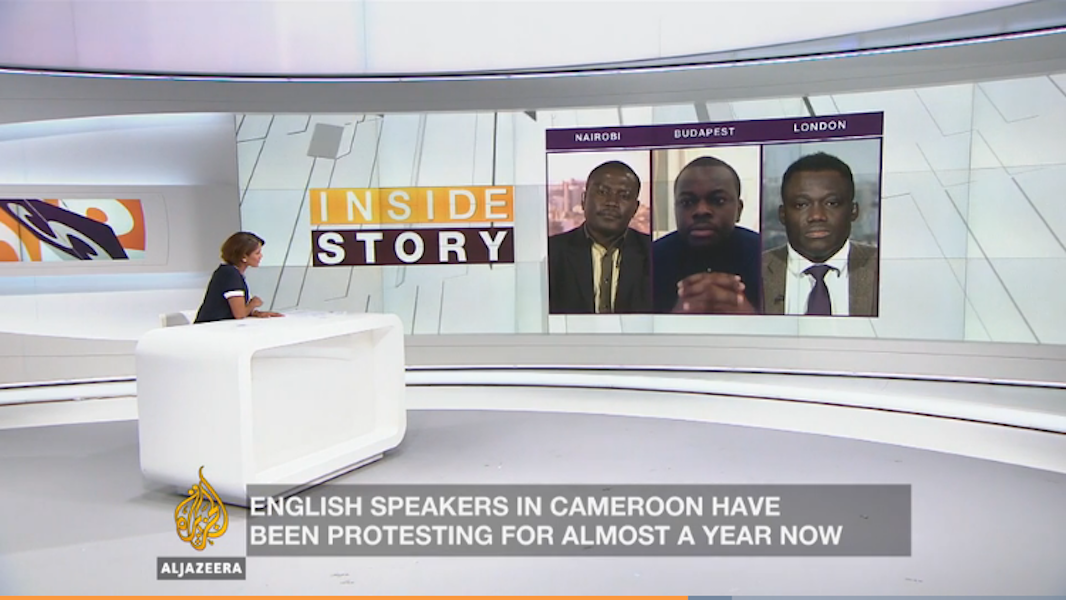 There are different opinions about how to resolve the issue. Al Jazeera invites 3 guests to discuss different points of view and what the path forward could be.

Which guest do you agree with and What do you think is the path forward?