Deng Adut never dreamed he would have a positive future, let alone be named the New South Wales (NSW) Australian of the year.

Kidnapped as a child and forced into military service, Adut’s first tour duty was at age 9 when he was expected to kill or be killed. He fought in some battles and eventually escaped to Kenya with the help of his half-brother John. He later made his way to Sydney at age 14 via a UN refugee camp in Kenya. There, he taught himself to read, put himself through university, and today he owns a law firm in Western Sydney.

While he uses his law degree to help others during the day, at night, the nightmares of his past still haunt him. “He crashed on the couch recently at my place,” says Joe Correy, Adut’s partner in the AC Law Group, which they co-founded in 2014. “I woke up to a sound I thought was a woman, but it was him screaming.”

Deng Adut reaction to the Australian of the year award

The 33-year-old refugee and criminal lawyer shed tears as he received the top honor from the NSW premier, Mike Baird, at a ceremony in Sydney. He said he was beyond surprised.

“I don’t think I deserve to be in the spotlight because there are people here, like me, that came from South Sudan and have done well in Australia. But they chose me for a reason. For my involvement in the community and for my cause; a cause for education, a cause to make a change,” Adut told The Huffington Post Australia in October.

The award tops off a massive year for Adut whose memoire, Songs of a War Boy

, hit stands a few weeks ago and whose portrait won the Archibald People’s Choice Award. 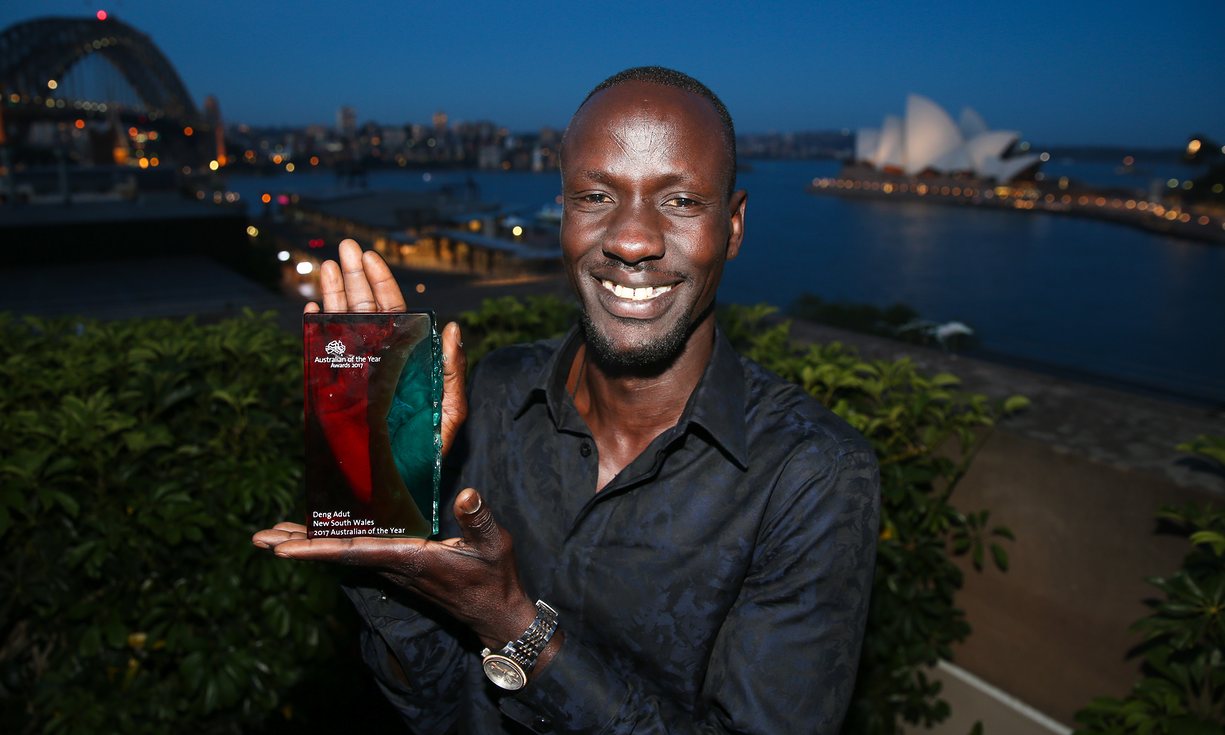 “I never dreamed of anything,” he said. “Even a fisherman.” Photo credit theguardian