Out of the many inventive minds developing solutions to issues that Africa faces, entrepreneurs improving healthcare make the greatest impact today. This is because healthcare is the cornerstone of society, especially in developing countries. For so long, low-quality healthcare has crippled progress in several African nations.

Fortunately, this trend is expected to change, as many visionaries are aiming to create solutions to healthcare-related problems. One of these solutions is LifeBank by Temie Giwa-Tubosun. LifeBank (formerly One Percent Project) is a medical distribution company that uses data and technology to discover and deliver essential medical products to hospitals in Nigeria and beyond. 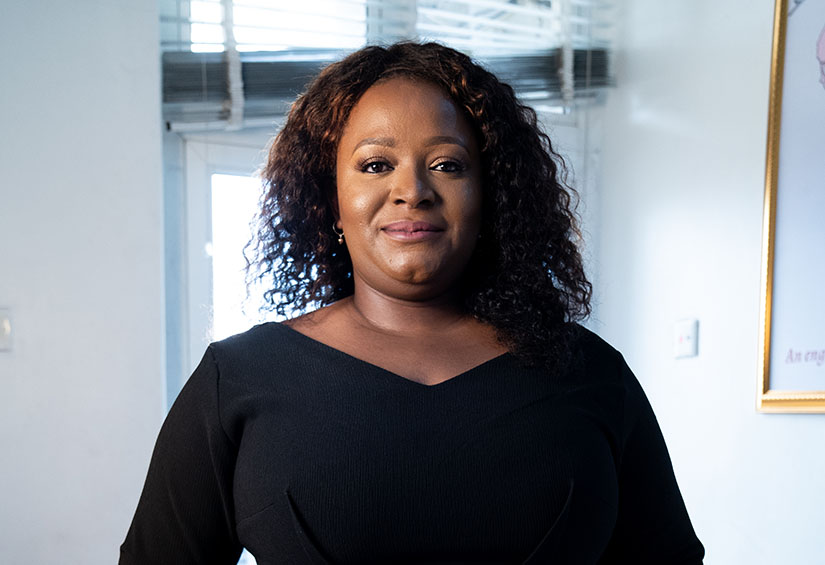 Temie is a Nigerian-American health manager and the founder of LifeBank. After several years away from home, she went back to Nigeria in 2012 and started a movement dubbed “One Percent Blood Donation Enlightenment Foundation”, which later scaled to LifeBank. This organization aimed to deal with issues like blood shortages, education, myths, and efficiency in the distribution and supply of blood. However, her story goes way back to 1985, when she was born.

Temie’s birth name is Oluwaloni Olamide Giwa. She was born in an ancient city in Osun State, Nigeria called Ila Orangun. Interestingly, her name “Temie” results from the abridging of “Temitope”, one of her birth names.

Temie lived in Nigeria until age 15 before she moved to Minnesota to stay with her parents. Earlier, her parents had relocated to the US through a Diversity Immigrant Visa program. Temie attended Osseo Senior High School, where she graduated in 2003. She joined the university and graduate school in 2007 and 2008 consecutively.

In 2009, Temie went to Kano, Nigeria, for an internship program. During this internship, she heard a story of a lady known as Aisha. This girl had experienced complications during birth, and this disturbed Temie for a long time. Saddened because she could not help, she left and tried to forget the story, but she couldn’t.

Subsequently, Giwa returned to the US and attended graduate fellowships at WHO and Global Health Corps in 2010 and 2011 in that order. In the following year, she returned to Nigeria to live and work there permanently.

ALSO READ: Meet The 15 Startups That Qualified For The 6th Google For Startups Accelerator Africa

When and How was LifeBank Founded? 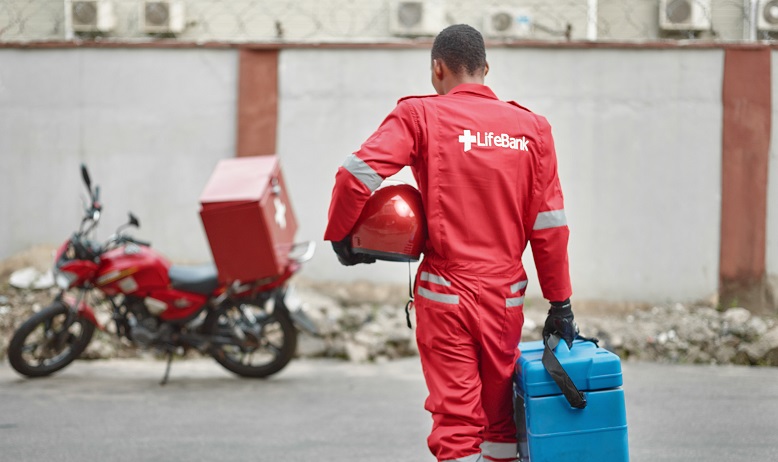 One Percent Project partially inspired the formation of LifeBank by Temie in January 2016. Initially, the idea of the One Percent Project was to educate Nigerians about the importance of blood donations. After a few years, she realized distribution was a critical problem since blood banks already had enough blood products on their shelves. Therefore, she saw it fit to improve the logistics in this sector.

In an interview with Arise News, Temie Giwa-Tubosun recalls the early days of starting LifeBank. After quitting her job, she says that she applied for incubation at Co-Creation Hub Nigeria to help her create a business around the idea. In the incubation, she learned about financial management, strategic expertise, and several other perks of incubation hubs. This acceleration gave Temie a headstart in the launch of LifeBank.

Maternal childbirths and anemic mortality in children have been rampant in Nigeria. Actually, statistics have shown that up to 152,000 anemic children and 37,000 die each year due to blood shortage and related issues. According to WHO, postpartum hemorrhage (PPH) is the biggest cause of maternal death in developing countries like Nigeria.

Apart from the numbers, the motivation to start the business was personal for Temie. First, Aisha’s story inspired her to look into how she could reduce the chances of similar occurrences. This occurrence was before she experienced a related problem during the birth of her son. Specifically, Temie said in an interview that she experienced breech birth, but luckily for her, she got the help she needed fast. This had her thinking of people back in her home who did not have access to such medical emergency services in time.

With the experience Temie had after working for ten years in supply chain and management divisions in healthcare, she realized that the main issue was in blood delivery in Nigeria. Whereas there was enough blood on shelves, there lacked proper logistics, systems, and overall structure. In a bid to solve this distribution problem, LifeBank was founded. 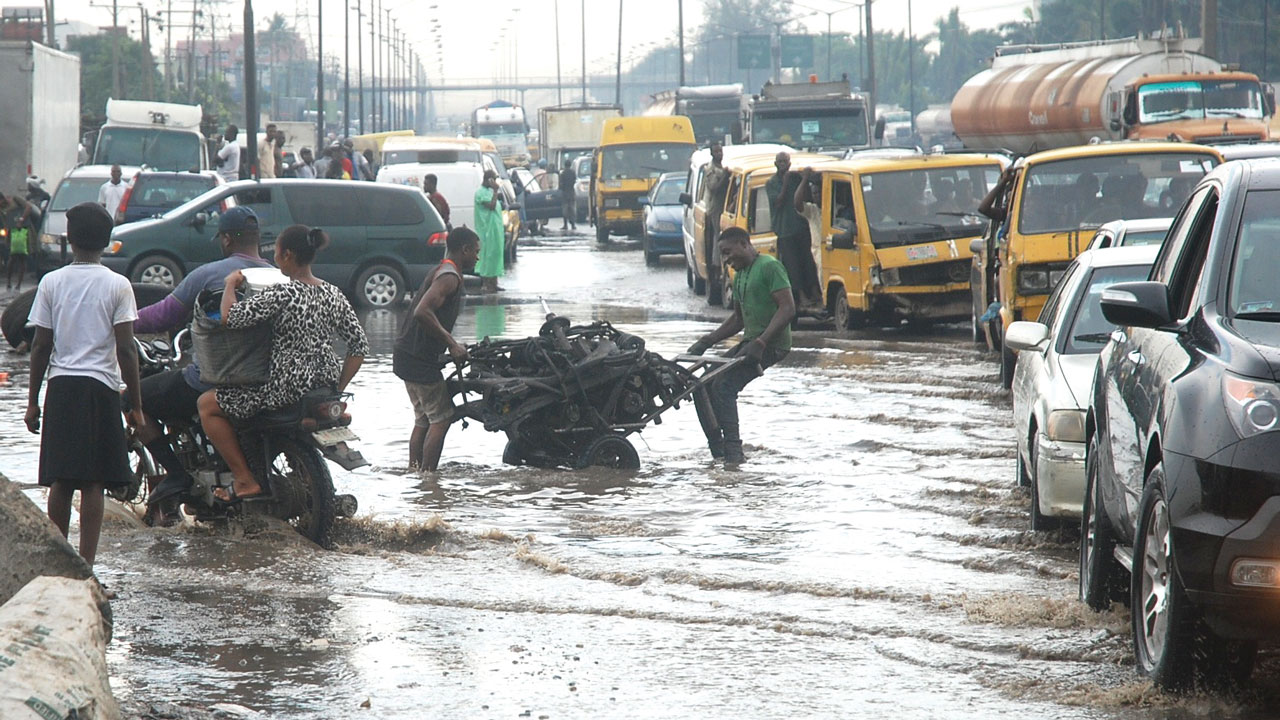 A section showing the effect of rains on some roads in Nigeria (Photo credit: TheGuardian)

Primarily, Temie joined an incubation program and started to learn about the specifics of the Nigerian market. The major challenge was her lack of knowledge and experience of Nigeria’s ecosystem. The incubation hub was entirely instrumental to her early and continuing success at LifeBank.

A prevalent challenge, especially for startups in developing nations, is the source of funding. It becomes even harder when a startup is in certain industries dealing with critical products like blood. Temie had this experience when she tried looking for investors and the capital to start the business.

Given that LifeBank leverages primarily on logistics, poor roads, energy, and water infrastructure have been a challenge for Temie. These problems have affected delivery to certain areas, communication, and so on. Regardless, she has had to endure and adapt by getting creative in operations.

ALSO READ: Entrepreneur Spotlight: 10 Things You Did Not Know About Nour Drissi And Her Online Car Rental Platform

With the help of brilliant stakeholders, supportive family members, well-wishers, and other parties, Temie has built a solution that has attracted international media. In 2014, BBC100 listed her as one of the 3 Nigerians on the list. Since then, more awards and recognition have followed, with the most recent being winning the Women’s Initiative Awards in 2020.

Performance and Future Plans of LifeBank 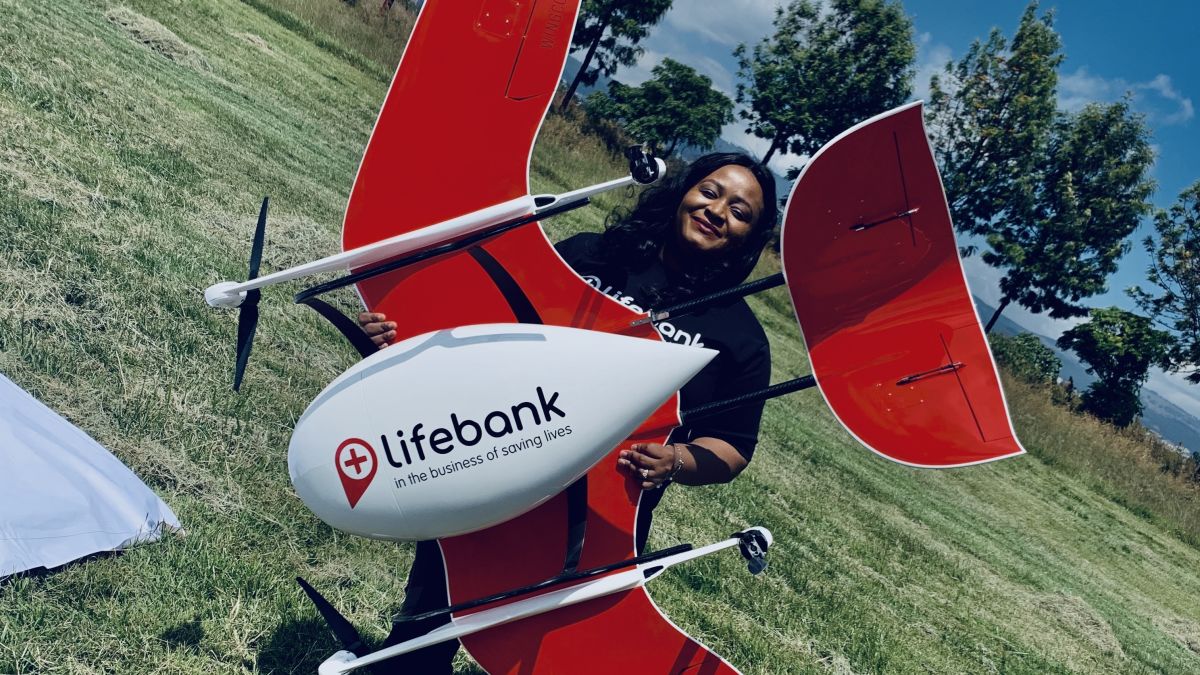 Temie Giwa-Tubosun after the completion of the proof of concept project in Ethiopia. (Photo credit: CNN)

LifeBank has been in operation for roughly five years now. In that period alone, they have distributed over 26,000 blood products for over 10,000 patients in over 700 hospitals in Nigeria. Other equally significant impacts created by LifeBank include job creation and corporate social responsibilities. LifeBank’s business model, which capitalizes on affordability, safety, and reliability, has saved lives whilst still existing as a business.

Lately, the primary focus of LifeBank has been on how and where they work. In the same interview, Temie said that the company had planned to expand to Northern Nigeria and other African counties. Similarly, the company was planning on exploring blockchain for security in record-keeping and AI for predicting needs.

Excited much?
Sure we are! We are glad to be in Kenya and ready to keep saving more lives.#lifebankkenya #kenya #digitalhealthcare #lifebankcares pic.twitter.com/lkE4tRh3fm

Between February 2012 and October 2013, Temie was among YNaija columnists, a youth-focused magazine in Nigeria. She wrote various opinionated editorial articles that highlighted several issues that educated the youth. Today, through LifeBank, there are even more lessons you can pick from Temie.

#1. Focus on solving a problem first

This opinion is probably the most cliché business advice, but patterns have repeatedly shown that it’s powerful. When Temie was asked why her business grew so fast, she said that it was because they brought a solution to an existing problem. Essentially, create a solution then monetize it for sustainability.

Temie notes that when LifeBank started, they only provided blood to patients experiencing PPH. However, over time, they have been able to add more products like oxygen and medical consumables. Scalability is essential for business growth.

#3. Get mentorship and help when you’re starting out

In the early days of LifeBank, Temie received so much help from CcHUB Nigeria that shaped the business. Essential aspects of the business such as management, strategy, and monetization are crucial for success. Sadly, most startup founders lack these skills. Mentorship equips you with these skills as early as possible.

#4. Work towards something you are passionate about

For Temie Giwa-Tubosun, getting into healthcare was a no-brainer. She had spent most of her career advocating for blood donations and working with health organizations in various capacities. Passion can be seen in her enthusiasm when she talks about the business.

ALSO READ: Entrepreneur Spotlight: Young Jean Bosco Nzeyimana Demonstrating How Much Wealth We Can Get From Waste

#5. Risk in business is inevitable, but it can be mitigated

During an interview with Prosper Africa, Temie mentioned that she has had to deal with risks by being smart about them. She said, “Of course, there is good risk and bad risk, and you can defuse some risk by hiring the right people, partnering with the right companies, ensuring your values are the same.”

The takeaway from Timie’s Story

Many African nations are slowly catching up with the rest of the developed countries thanks to innovation. Entrepreneurs like Temie Giwa-Tubosun have proven that Africans can rely on themselves to solve rampant problems. Even though scaling a business in emerging markets such as health-tech is quite an uphill task, any idea is executable with the right intention, company, and vision. What challenges are you facing in starting that business? Share with us in the comment box below.