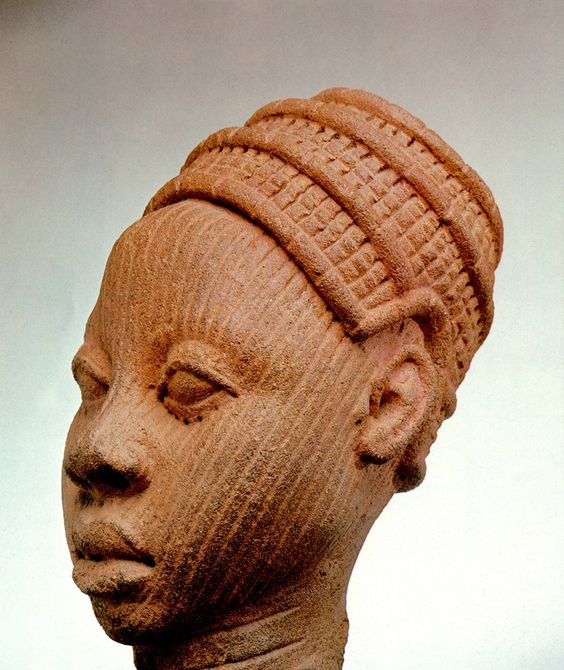 In 2018, the French Government commissioned a report on stolen African artifacts. The findings were dismal. Up to 90% of Africa’s artifacts are outside the continent. Hence, news of the return of the 600-year-old artifact to Nigeria offers a glimmer of hope. Perhaps, sooner than later, more of such historic works will find their way back to the continent.

Exactly fifty years ago, UNESCO established the Convention on the Means of Prohibiting and Preventing the illicit trafficking of Cultural Property. Hopefully, nations that are signatories to the convention will follow the lead of the Kingdom of the Netherlands and facilitate the return of Africa’s looted treasures. However, do you think Africa really value these artifacts?

ALSO READ: 3000 Year Old King Tut Statue Is Up For Auction In London. But Was It Stolen?

The return of  Ife Terracotta to Nigeria

Ife, located in western Nigeria, is a spiritual center of the Yoruba tribe. It gained public attention in 1938 when 17 life-size bronze heads were uncovered during excavation. Later, works of art done in terracotta and stone were also found. It is believed that the works were in honor of the rulers.

Art enthusiast describes the Ife terracotta as ‘priceless and timeless’. It was stolen from the city of Ile-Ife in 2019 and taken out of the country. The smuggler was able to do this using false documents. Thereafter, he transited Ghana on his way to the Netherlands. Upon arrival at the airport in Amsterdam, the artifact was intercepted by Dutch customs who alerted the relevant authorities.

On 27th November 2020, the Ife Terracotta artifact was handed over to Alhaji Lai Mohammed, Nigeria’s Minister of Information and Culture. He lauded the prompt action of the Dutch Nation by saying,

“Let me state here that Nigeria believes in joint international efforts to put a stop to illicit export and import of cultural goods. The issue of cultural property should not be a ground of rancor and discord among nations. That is if nations choose to tow the path which the Kingdom of The Netherlands has chosen by insisting on justice, fairness and amity’’

Do you think Africans appreciate their artifacts?

Sadly, most Africans don’t value their artifacts. Perhaps, that is why many will be willing to sell them off to the highest bidder. Also, this partially explains the poor state of national museums across different countries in the continent. If all looted artifacts are returned, will Africa be able to protect them from deterioration or from being stolen again?

As harsh as this may sound, African people are negligent in safeguarding their treasures. However, the loss of African artifacts is partly the negative impact of colonialism. Some of the treasures were acquired forcibly through wars, with the victors claiming these items as spoils. Also, loots were sold to cover the cost of the expeditions to the continent.

Artifacts from Africa can be found in some of the best museums in Europe and America. Interestingly, people including Africans pay huge amount of money to see these items. However, the same Africans hardly visit museums when they are in their home countries. Consequently, European and America museums continue to grow while those in Africa wither. Some of Africa’s missing artifacts include, 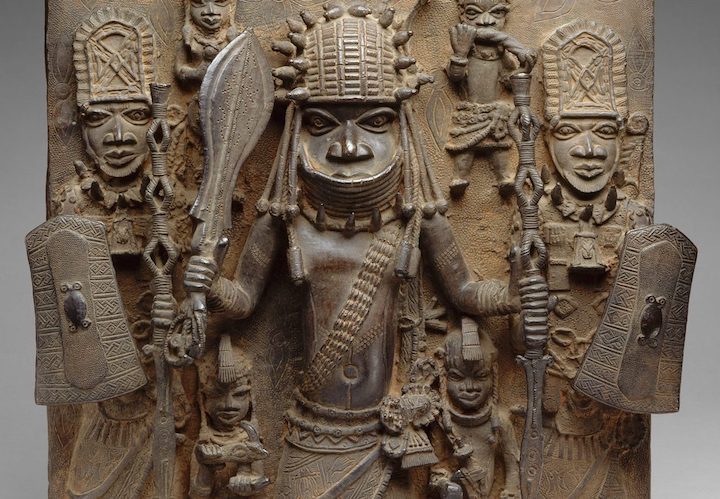 This is a collection of brass sculptures that decorated the palace of the ancient kingdom of Benin (now southern Nigeria). Benin was famous for its artisans and the bronzes comprise of intricately carved heads, animals, and human figures. The facial features are delicate, and the carvings are adorned with beaded collars. This collection provides valuable insight into the life and religion of the inhabitants of the kingdom.

The British raided the royal palace in 1897 and looted treasures that included carved elephant tusks and unique brass plaques. Some of this collection are still exhibited at the British Museum in London. The other pieces are scattered in other leading museums. 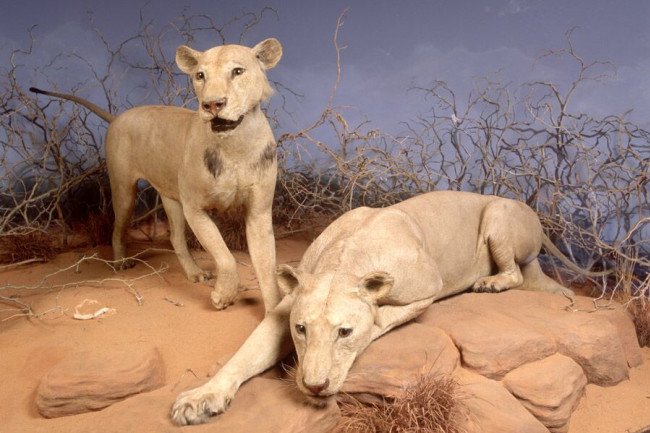 On the list of missing African artifacts is the man-eaters of Tsavo. During the construction of the Kenya-Uganda railway in the late 19th Century, the work ground to a halt in Tsavo. Two man-eating lions were on the prowl, targeting the workers. The British engineer Lieutenant Colonel John Patterson successfully shot the lions after they had eaten 35 workers. The stuffed lions were later sold to a museum in Chicago where they are displayed. 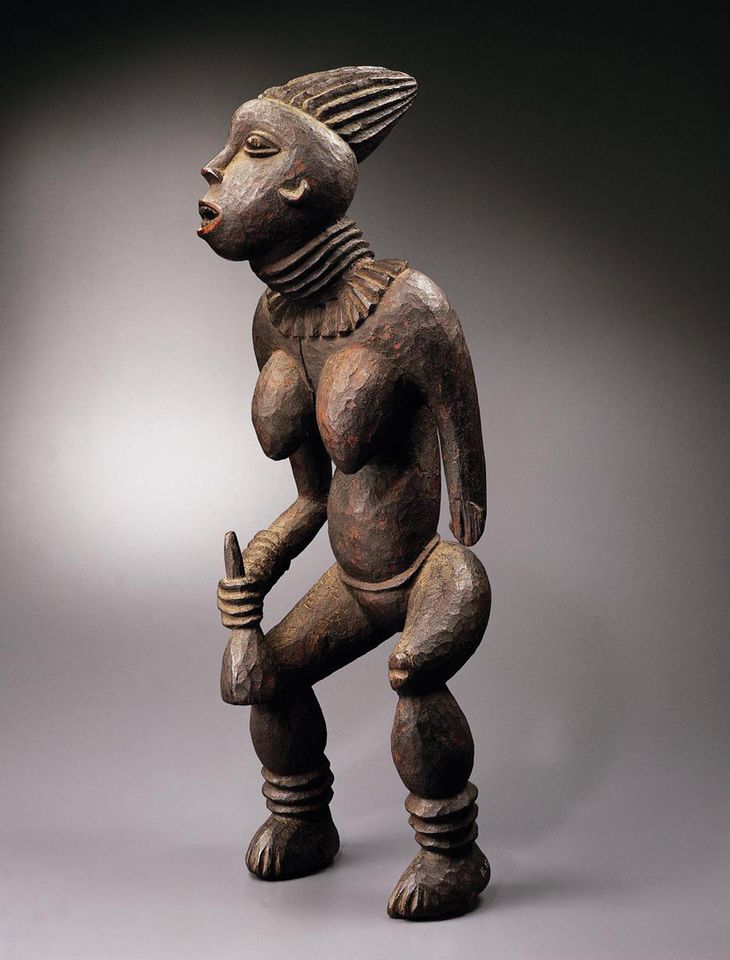 This is one of the most famous artifacts taken from Africa. It is an 81cm tall wooden carving from the Bangwa land which is located in southwest Cameroon. It is said to represent the power and the health of the Bangwa people. Therefore, it has a sacred significance to the Cameroonians. The sculpture ended up in the hands of a German colonial agent Gustav Conrau around 1899. However, it is now owned by the French Dapper Foundation.

The glimer of Hope for the return of African artifacts

When President Emmanuel Macron paid a visit to Burkina Faso in 2018, he made the following remarks.

“I cannot accept that a large part of cultural heritage from several African countries is in France. There are historical explanations for that, but there are no valid justifications that are durable and unconditional.’’

In July 2020, the French Government drafted a law to pave the way for the return of cultural assets to Senegal and Benin. The return of lost African artifacts is akin to restoration of our cultural heritage. But, most importantly, it will be instrumental in helping future generations connect with the past.