15 Of Our Favorite Looks Worn By Danai Gurira

These 9 Houses In Nigeria Will Make You Say "Hmm, Why The Hell Don't I Live Here"

The annual Grammy Award is a celebration of music achievements in over 80 categories. Of all the categories, the Best World Music Album is reserved for international performers exhibiting “non-European, indigenous traditions”. Four African Albums were nominated for this category in the 61st Grammy Award. This includes;

However, it was the Soweto Gospel Choir that took home the award for their album, Freedom.

ALSO READ: The Africans That Took Home A Grammy at The 60th Grammy Awards

The annual celebration for the coveted award took place on Sunday 10th February 2019. However, this is not the first time that the group will be taking home the award. In fact, it is their third win in five nominations. The album ‘Freedom’ is a rendition of popular South African liberation struggle songs. Mulalo and Mary Mulovhedzi, and album producer Diniloxolo Ndlakuse Shimmy Jiyane were on stage to receive the award on behalf of the group. 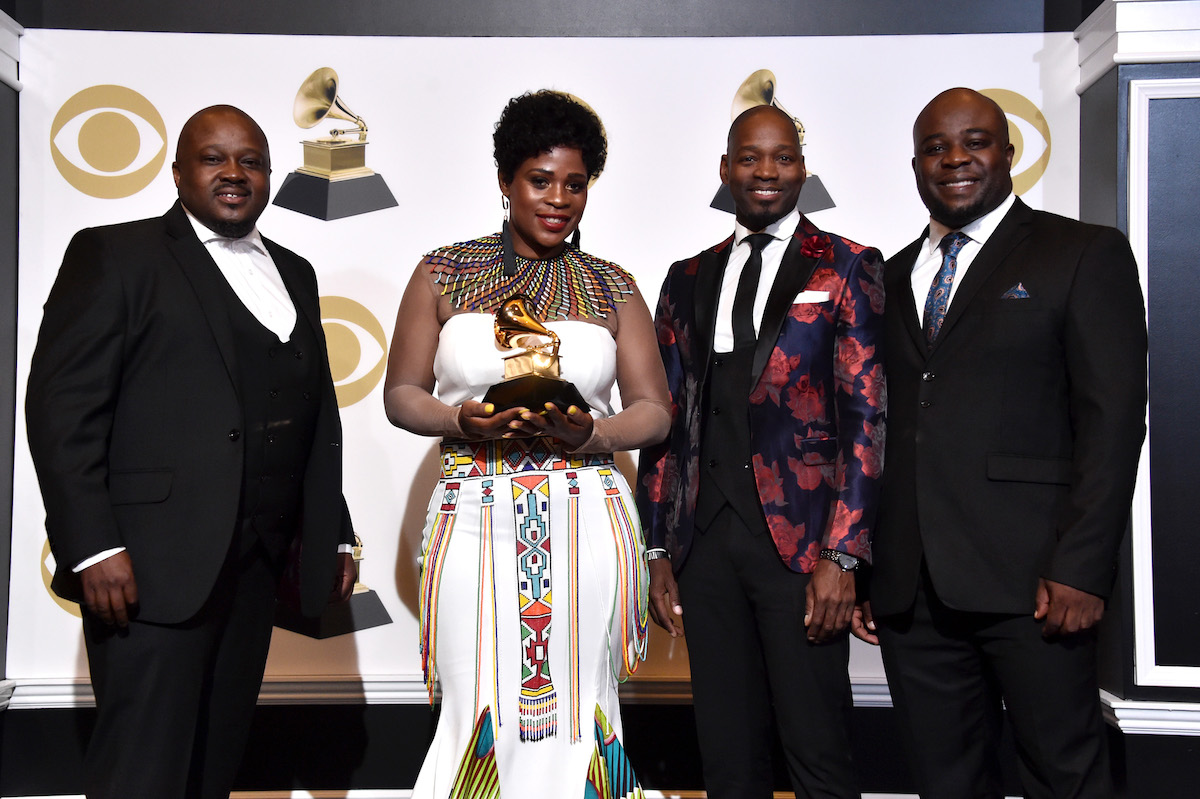 Interesting details about the album

The Choir recorded the album in June 2018 as a tribute to Nelson Mandela’s 100 Years celebration. Nelson Mandela died in 2013 at the age of 95. The album is a collection of famous South African struggle songs. A worthy inclusion in the album is a brilliant version of ‘Asimbonanga’ by Johnny Clegg. The album release happened in the United States in 2018. The group also completed a three-month tour in the United States. The group will perform songs from the album in Cape Town Jazz Festival coming up in March. Soweto Gospel Choir also plans Australasia album tour from July to September 2019.

David Mulovhedsi co-founded the group with Beverly Bryer, a producer, and director 17 years ago. The group won the Grammy in ‘Best Traditional World Music Album’ category in 2007. In 2008 they also took home the award in the same category for their album ‘African Spirit’. The win at the just-concluded 61st Grammy Award makes it their third. The group has also won the Metro FM Music Award and four South African Music Awards. Soweto Gospel Choir’s collaboration with pop icon U2 also won the Emmy.

The president of South Africa, Cyril Ramaphosa took to Twitter to congratulate the group for their win. He wrote,

“Congratulations to the Soweto Gospel Choir for being awarded the Best World Music album for ‘Freedom’ at the #Grammys. This is the choir’s third Grammy award and we thank them for telling our story to the world and flying the flag high.”

Congratulations to the Soweto Gospel Choir for being awarded the Best World Music album for ‘Freedom’ at the #GRAMMYs. This is the choir’s third Grammy award and we thank them for telling our story to the world and flying the flag high. pic.twitter.com/03QH3YZ8ZU