Steve Jobs said, “the ones who are crazy enough to think they can change the world, are the ones who do”. That’s what some people thought of Funke Opeke whose drive and determination are changing the face of telecommunication in West Africa. Her company has impacted so many lives and businesses in her home country of Nigeria and in West Africa at large.

Nevertheless, few know Funke Opeke as an engineer, a businesswoman, innovator, and CEO of MainOne, a company she launched in 2010. Follow us as we unveil the life of one of Africa’s leading techpreneur. 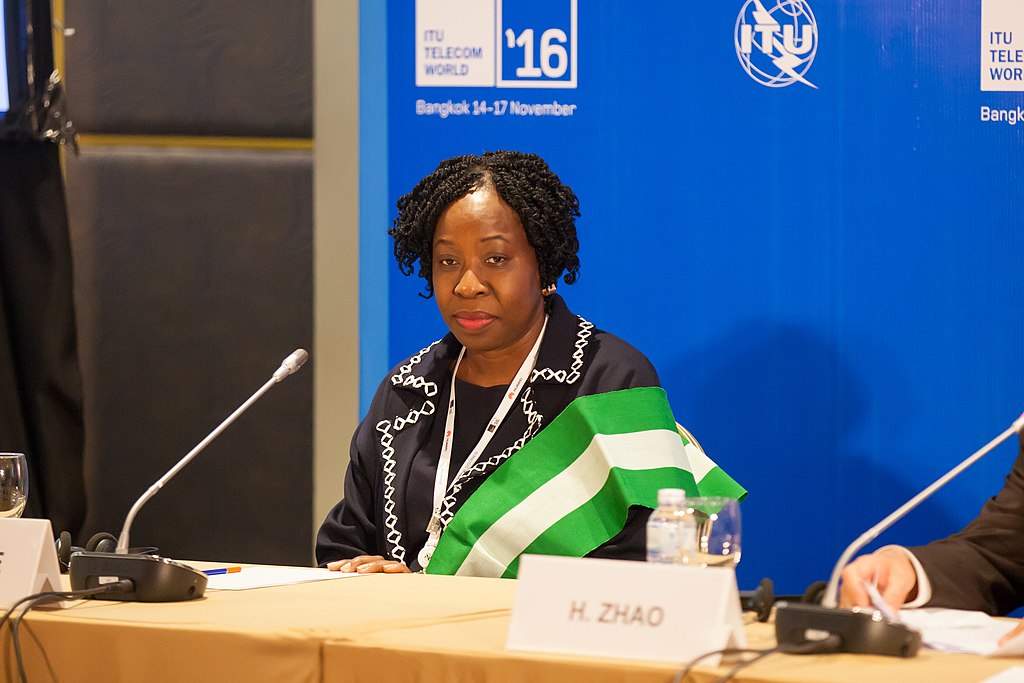 Funke Opeke is a native of Ile-Oluji in Ondo state, Southwestern Nigeria. However, she spent her childhood days with her family in Ibadan. Her stellar career in engineering can be traced back to her good academic background. Young Funke attended Queen’s School, a girls-only high school in Ibadan. She later proceeded to the prestigious Obafemi Awolowo University where she obtained her bachelor’s degree in electrical engineering. Subsequently, she proceeded to Columbia University for a master’s degree.

One could say that perhaps young Funke had been primed right from the start to be a high achiever. This won’t be far from the truth and Funke’s parents played a role in this. Her father is a Professor and the first Nigerian Director of the Cocoa Research Institute of Nigeria and her mother is a retired teacher. Both parents being astute academicians must have influenced young Funke in a positive way.

Leaving Nigeria For The United States

Columbia University was the first port of call for Funke after she left the shores of Nigeria, where she furthered her study in the field of electrical engineering. With a master’s degree from an Ivy League institution under her belt, Funke’s career prospect was looking great.

“At the time I was leaving, Nigeria was going through some structural adjustment. It was in the early 80s, similar times, the opportunities were few and far between. I decided to stay on because there were no jobs for me to come back to in Nigeria after my master’s degree in the United States and pursue my career opportunity.”

ALSO READ: Meet The Founder Of The Year 2021 Winners

She started her career in the U.S. telecoms sector, which lasted for a period of 20 years. During this time, Funke Opeke served as an Executive Director of wholesales at Verizon, the second-largest telecom service provider in the U.S. It was in this position she rounded up her career overseas to return back to her home country, Nigeria in 2005. Shortly after her return, she found her company three years later.

Reason for return to Nigeria

Homecoming for Funke Opeke saw her leading the technical division of the largest mobile network provider in Africa, MTN. Stating her reasons for returning to Nigeria, Funke said,

“I came back to Nigeria because telecommunications was liberalized and mobile telephony had taken off. I realized how weak the infrastructure was. The internet was a luxury and not accessible in most parts of the country, and West Africa actually.”

An opportunity presented itself to Funke when she was approached by a Nigerian businessman in the person of Fola Adeola. She was tasked to be the interim Chief Operating Officer during the acquisition of the Nigeria Telecommunications Limited (NITEL). It was while serving in this position that Funke had her stroke of genius. The absence of necessary infrastructure in the Nigerian telecom sector gave Funke her million-dollar idea.

“My first move to help privatize the national phone company to again to provide more of that underlying infrastructure that has been so critical in the transformation of almost every country. I started working toward how do we close this gap, that’s when I began planning for the deployment of an undersea cable.” 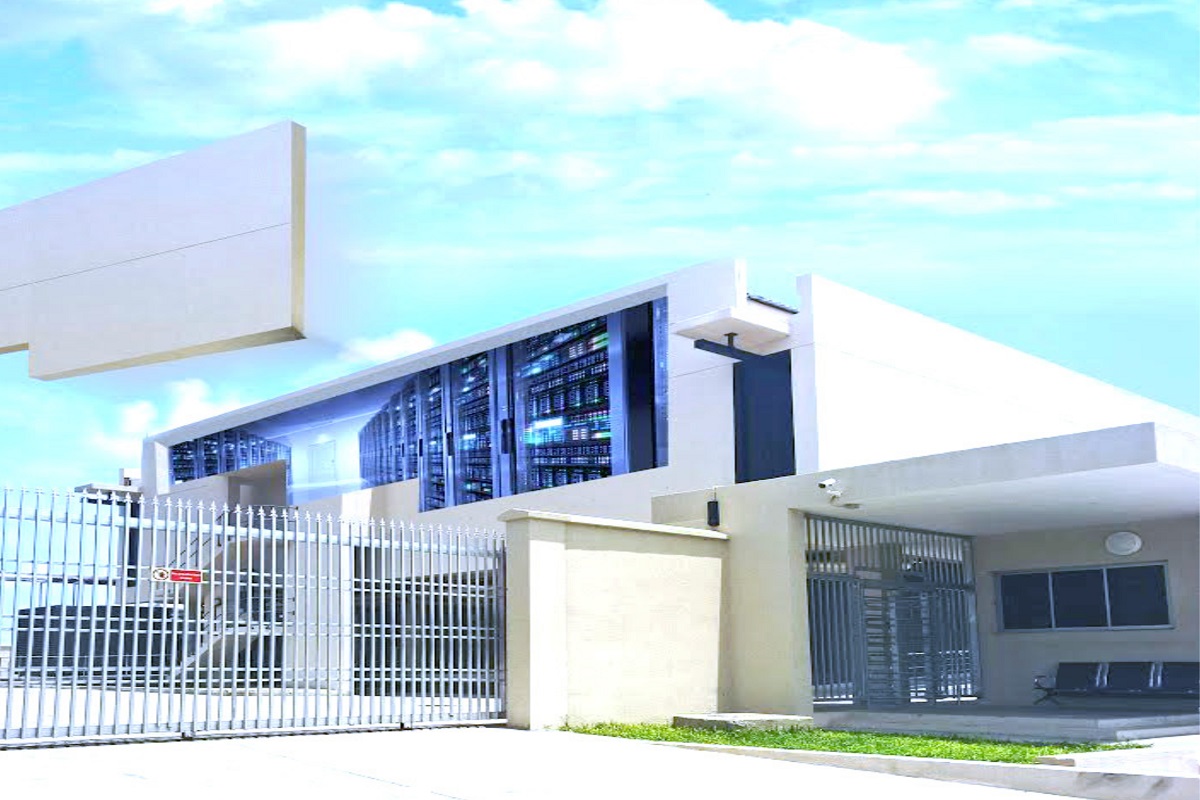 Like every startup, Funke had one major problem facing her and that’s getting funds to turn her idea into a successful business. But while funding may seem like a stumbling block, the alien nature of her idea (at the time) made finding an investor almost impossible. This is not so surprising as the internet was still a relatively new concept in Nigeria. But like they say, fortune favors the bold, this was the case for Funke,

“Raising money is the most difficult thing I ever did as an entrepreneur… People are investing because they think they can put money in your business and make that money back. And that is the story of capital.”

Determined to see her dreams through, she turned to Fola Adeola whom she had previously worked with during the privatization of NITEL. Despite thinking her idea was audacious, Adeola teamed up with Funke. Together, they raised an initial sum of $3.2 million from friends and family and later $240 million dollars.

This fund was used to build a submarine cable from Portugal to West Africa, a distance of about 7,000 Km. MainOne became operational in 2010, and now serves businesses in 10 African countries. Funke Opeke remains its CEO while Fola Adeola is the Chairman of the company.

Under Funke Opeke’s leadership, MainOne has become a multi-million dollar company. The company has in a space of 10 years established its presence in Ghana, Ivory Coast, Nigeria, and Senegal. Its winning streak didn’t go noticed as Equinix moved to acquire MainOne in a deal that will be one of the largest tech acquisitions in Nigeria.

The $320 million deal is expected to be finalized in the first quarter of 2022. In a statement, Funke Opeke expressed her approval of the acquisition as a step in the right direction for the company. According to her, the acquisition will accelerate her company’s long-term goal of growing its digital infrastructure in Africa.

Apart from the difficulty of getting funds and the lessons she learned from it, Funke Opeke openly shared some other challenges she had and the lessons they thought her. Here is our take on some of these challenges and how they shaped her decision.

#1. Be deliberate and do your homework

After running her business for more than 10 years, Funke Opeke understands how important being intentional is. Knowing what you are doing, why you are doing it, and how you will do it is important. With so many possibilities presenting themselves in a marketplace like Nigeria, carving out a niche for your company is key. This will help your company remain competitive and relevant in the industry. She said,

“We have a very unorganized or chaotic marketplace in Nigeria… So, because of the noise in the environment, it tends to distract a lot of people and people tend to get derailed.”

Knowing the market is crucial to the success of your company. You must understand who you are in business with and how to navigate the market. In Funke’s case, the challenge of enforcing a contract with her business partners is one hurdle she always has to deal with. You have to factor in delays, disappointments, and outright breaches of contracts by business partners. Due to the lack of certain contractual infrastructures in Nigeria, these issues are an entrepreneur’s nightmare.

If anyone has proven that hard work pays, it’s Funke Opeke. Becoming an entrepreneur is challenging. Also, it is no secret that running a startup is one of the most difficult phases of owning a business. But, this difficulty can be doubled depending on where you are doing business. Nigeria like most other African countries presents lots of opportunities as well as challenges. It is no wonder owning a business requires double the amount of work needed to run the same business in more developed parts of the world.

Here is what Funke had to say; “…I’ve never had to work harder than I have subsequent to the cable going into service than I actually had before the cable getting in.” This simple statement explained the enormity of the work she had to put in to see that her business not only survives but thrives as well.

#4. Succeeding in a male-dominated world is possible

Technology is still very much a male-dominated world but this doesn’t seem to bother Funke. She effortlessly navigates her way through it all while maintaining her calm demeanor. However easy she makes it seem, handling the expectations or lack of it is by no means an easy feat. Perhaps fate had prepared her for this all along as she was the only female undergraduate engineer in her class.

Funke Opeke’s story is one that inspires respect. Indeed she’s a superwoman who deserves to be celebrated. It is not uncommon to see people leave Africa in search of greener pastures in other parts of the world and never return. However, despite having a very successful career overseas, Funke Opeke returned home to build a successful business. Her persistence, determination, and drive are worth emulating. If there’s any secret to her success, here’s it is in her own words;