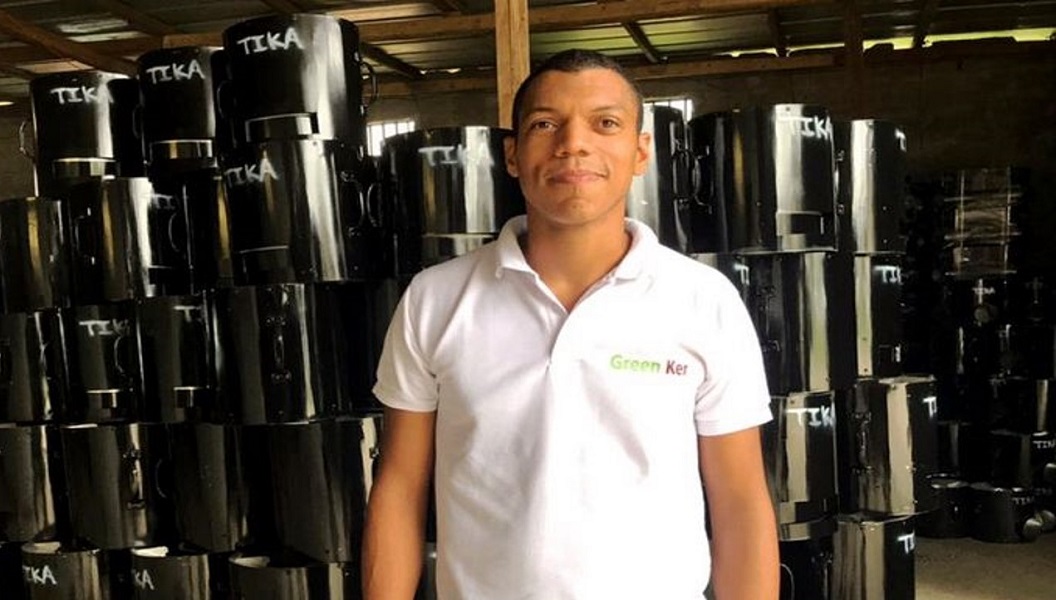 Ermann Zannou, founder and director of Green Ker Company in his workshop (Photo credit: The Star)

Climate change poses a huge threat to humans, plants, and animals. The world is already experiencing the effects of global warming. These effects range from extreme rainfall and flooding to severe drought and wildfires. Sadly, the world’s leading polluters seem somewhat reluctant to take quick action to reduce harmful emissions. But that has not discouraged individuals who are passionate about conserving the environment from creating eco-friendly products. This is the heartwarming story of Ermann Zannou, an African returnee.

Ermann Zannou is a successful African entrepreneur based in Ivory Coast. He is the founder and director of Green Ker, an Abidjan-based company that specializes in producing smokeless stoves. Zannou leads his team in making and distributing improved stoves to rural communities in Ivory Coast.

These energy-efficient stoves come in handy when it comes to environment conservation. Over the years, his environment-friendly invention has become very popular among the locals as more and more people discover its benefits. In the past, Zannou has served as a project manager at Cocoanect and Ecosur Afrique as well as a liaison officer for Fair Trade USA.

A Peek at Zannou’s Background and Journey to France

Very little is known about Zannou’s early years. However, what we know is that he was born in Benin in 1990. Upon completing high school education, he moved to France and pursued a business program at AFOREM. Other than studying, he worked for Richard Le Droff, a French-based wood stove manufacturer, for nearly two years.

Afterward, he served for 10 months as a sales manager at the Drum Planet Company, which is located in Rennes, northwest France. Then, he went on to obtain a marketing management license from ESCCOT. Thereafter, Mr. Zannou acquired a bachelor’s degree in Environmental project management from UniLaSalle.

Reason for his Return to Africa

Upon graduating from UniLaSalle in early 2014, he was now skilled in environmental project management. In particular, his training provided him with a deep understanding of environmental issues surrounding water, air, and land. He also became knowledgeable about coming up with preventive and protective measures necessary for solving different environmental issues.

Furthermore, Zannou acquired the management and organizational skills needed to lead both people and projects. With all these skills and knowledge, the West African entrepreneur could have qualified for a well-paying job in France. Nonetheless, he resolved to return home and contribute towards conserving the environment in Africa. Subsequently, Ermann Zannou moved to Ivory Coast soon after his graduation to lead the production of eco-friendly stoves.

The Genesis of Green Ker Company

After settling in Côte d’Ivoire, Ecosur Afrique, a carbon finance initiative in Africa, offered Mr. Zannou a project manager’s job, which he performed for one year. Subsequently, he quit the job and went on to launch Green Ker in June 2015. Zannou is the founder as well as the director of his company, which runs its operations in a large workshop located in Abidjan.

His vision is to use sustainable and clean solutions to fight deforestation as well as respiratory diseases and poverty. The company is involved in creating, producing, and distributing improved metal and clay cookstoves called Tika 30 charcoal stoves.

A Peek at the Tika 30 Charcoal Stove

The stove weighs 2.5 kg, making it easy to carry. It is more fuel-efficient than the regular stoves often traded in Côte d’Ivoire. In particular, these cooking stoves are designed based on proven and approved technologies that make them burn less charcoal and wood. The design of the stove forces fuel to combust at the center, leading to a significant reduction in smoke emissions.

Unlike the regular stove, the smokeless stove uses minimal charcoal to cook. With its simple heat-control system, one simply regulates heat by closing or opening the small door that offers access to the stove’s interior. 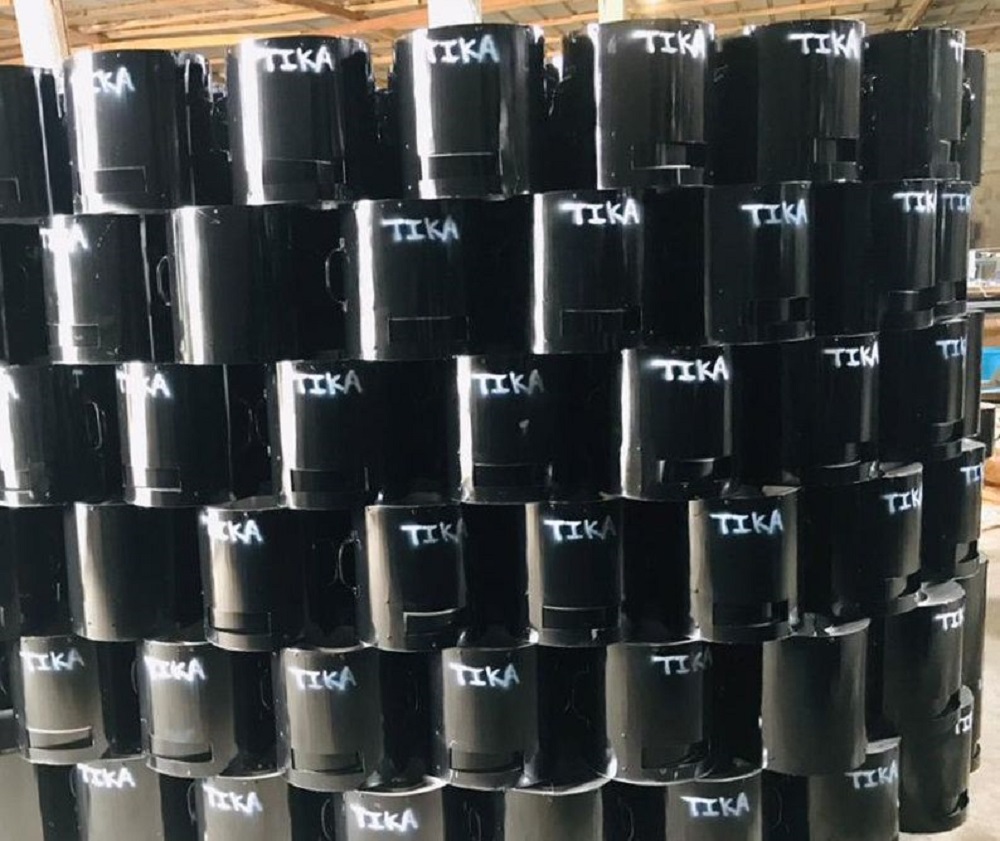 To date, Tika 30 Charcoal Stoves have helped to reduce trees the amount of trees people cut down in the country to make charcoal and wood for cooking. Ermann Zannou has a diverse and dynamic team of workers. Initially, they used to fabricate each stove meticulously by hand before stockpiling it awaiting delivery. However, their products have evolved over time. Their new models are lighter and their exterior is galvanized, making them more resistant to the effects of bad weather. Zannou explains,

“In the beginning, we made the old Tika models with clay inside the fireplaces, but customer feedback did not meet our expectations… with the new models, made essentially from metal, the results are satisfactory because these fireplaces withstand high heat temperatures while guaranteeing a substantial lifespan.”

ALSO READ: Returnee Spotlight: Adaora Mbelu-Dania, The Founder Of A2 Creatives Is A Firm Believer In Reverse Brain Drain

Smokeless Stoves are a Treasure to Rural Households 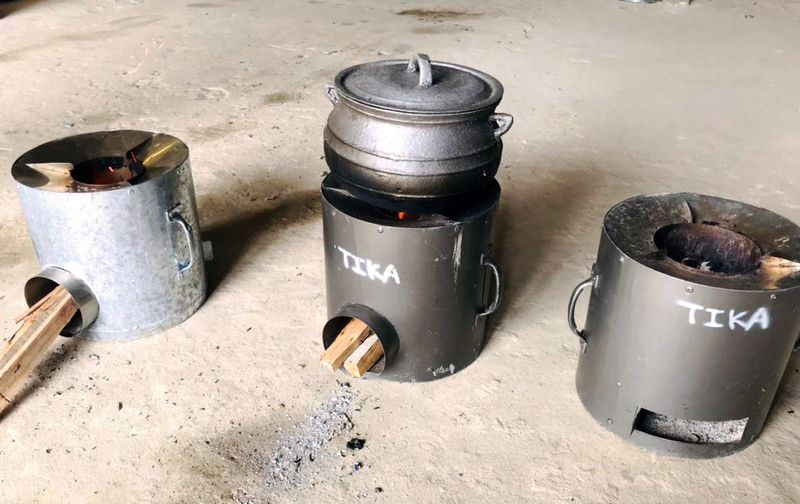 Today, Tika 30 Charcoal Stoves are highly popular in many rural areas in Ivory Coast and Green Ker is working hard to keep up with demand. Currently, it produces 100 stoves daily, all of which get snapped up. The price per unit ranges between $20 to $30. These stoves are an important investment to rural communities without power access. While the stove’s price might seem a little high for some, living a healthy life and environment conservation is hard to put any price on.

Currently, Zannou and his team are working on new models that include an improved wood stove. His short-term goal is to substitute the traditional squared metal stoves, which are very popular in many Ivorian households, with their improved smokeless stoves. In the future, he hopes to distribute these energy-efficient stoves throughout Ivory Coast. His long-term goal is to make high-quality and customized products that are easily accessible to those who need them.

Ermann Zannou is helping to reduce greenhouse gas emissions using Tika 30 Charcoal Stoves. In addition, these eco-friendly stoves hardly produce unhealthy smoke that has been proven to cause respiratory problems and eventually premature deaths. As he leads his company to enhance its production, his efforts will go a long way in conserving the environment and limiting climate change. What are you doing to reduce environmental pollution in your community? We would love to hear from you. Share your response in the comment box below.