How Many Of These Established And Upcoming Ivory Coast Musicians Do You Know?
Advertisement

Ivory Coast’s music industry has established creative and talented musicians. Nevertheless, it faces stiff competition from other West African countries like Nigeria and Ghana. Ivory Coast musicians are making waves through their distinct sounds and beats. But, how many of them have international collaborations or have won continental awards?

Ivory Coast, or the official French version of Cote d’Ivoire, is a unique country with a fast expanding population. This country’s famous music scene keeps growing, so it’s not that hard for its musicians to flourish and build their platforms.

There is no doubt that Afrobeat and Afropop are expanding and getting worldwide recognition. Musicians from Ivory Coast are creating unique trends with their style and beats, from Alpha Blondy to Douk Saga. This article takes a detailed look at established and upcoming Ivory Coast musicians.

It is important to mention that this is a subjective list. In other words, the list represents our opinion and views rather than based on any other metrics. The list can easily change if other metrics are considered. Also, the artists are arranged in no particular order. 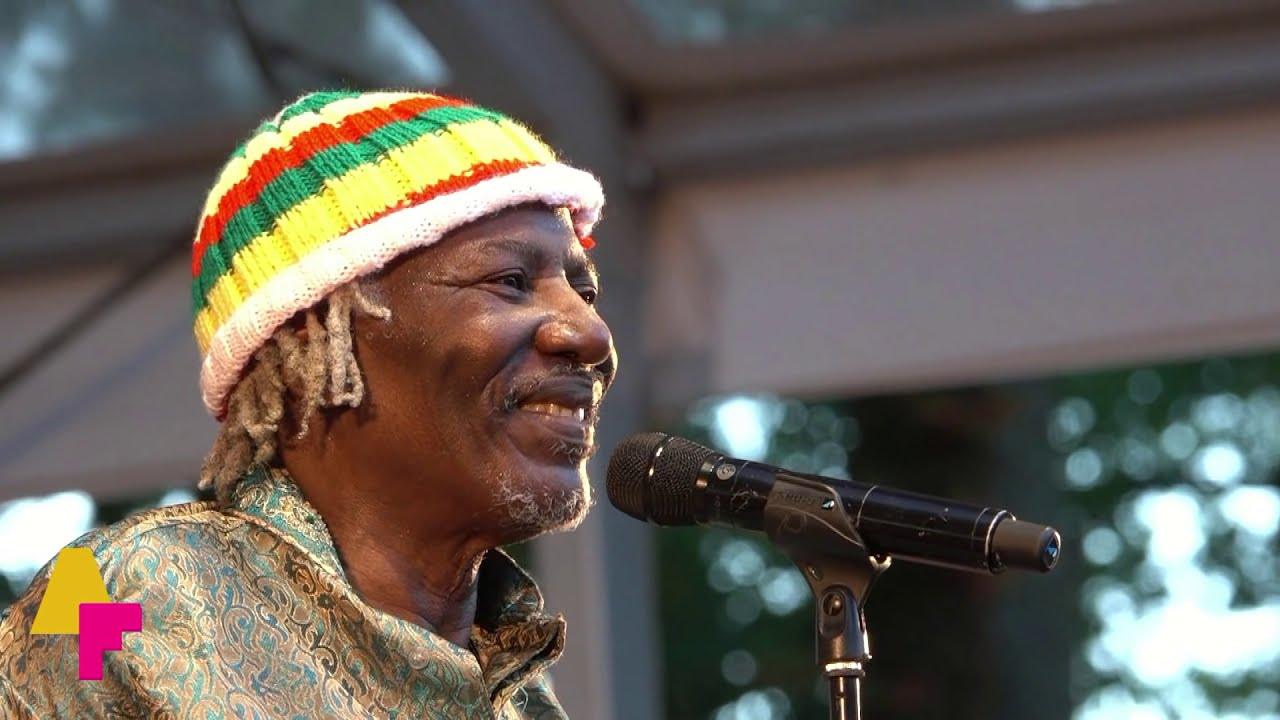 Alpha Blondy (Seydou Kone) is an Ivory Coast reggae musician and international recording artist. His songs are mostly socially and politically motivated and are usually sung in Dyula (his native language), French, English, and other languages like Hebrew or Arabic. He first recorded his solo album in 1983 and became popular in Abidjan after releasing his African twist of Reggae music. Alpha Blondy’s latest song, “Together Again”, shows how socially motivated he is. 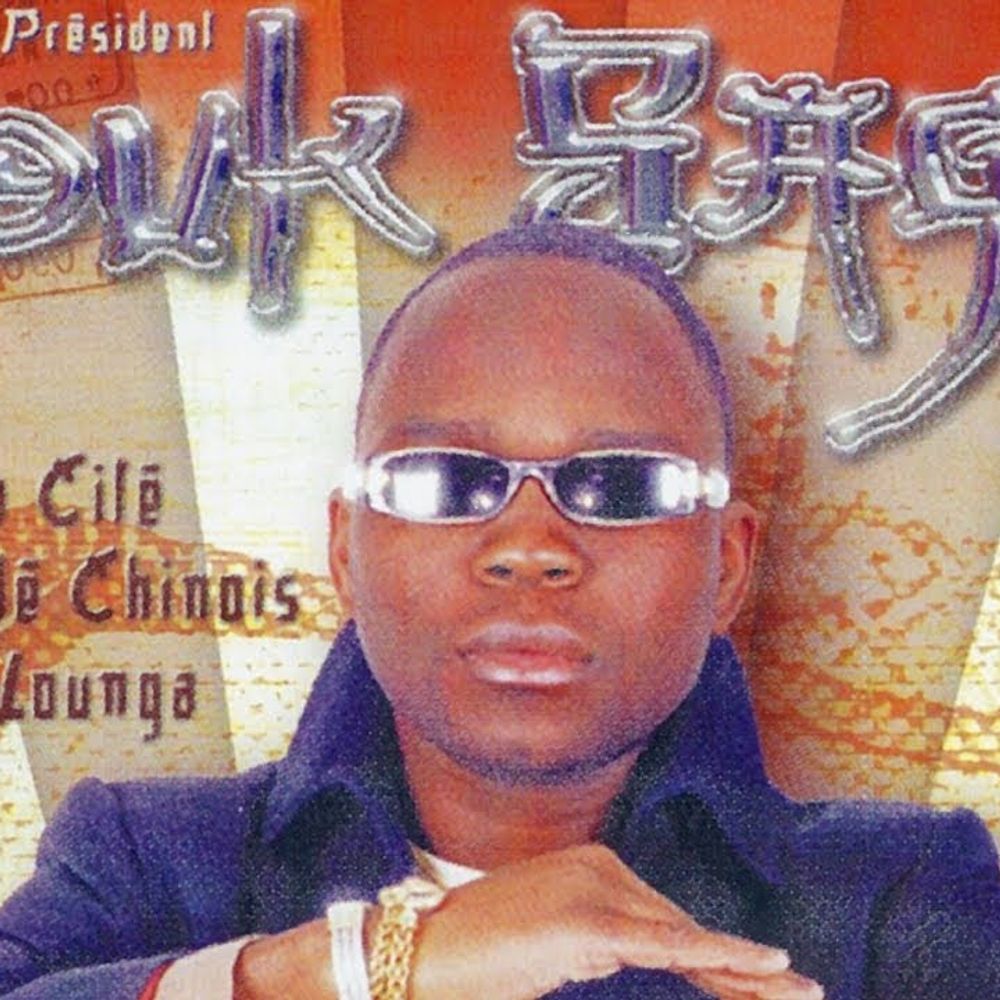 This Ivory Coast musician whose real name is Stéphane Hamidou Doukouré Yamoussoukro is a singer and the creator of the “Coupe-decale” style in the music world. Unfortunately, he died in 2006. Douk Saga’s most famous song in the early 2000s was “Sagacite.”

ALSO READ: Which Of These Top 10 Elite And Upcoming Kenya Musicians Is Your Favorite? 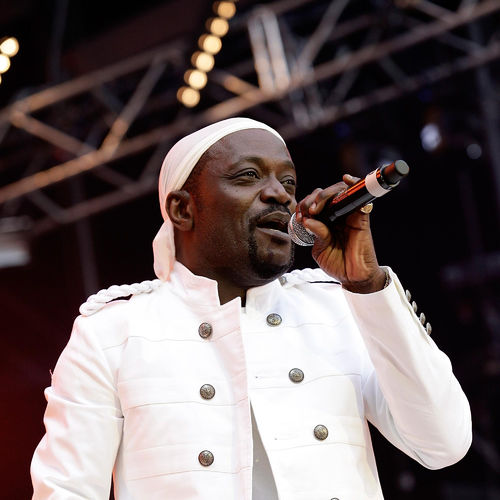 This Ivorian sensational musician whose stage name is Meiway is famous for pioneering the “Zoblazo” style. His latest song, “Sunshine in Africa,” is an inspiration, and it has received a lot of views on YouTube 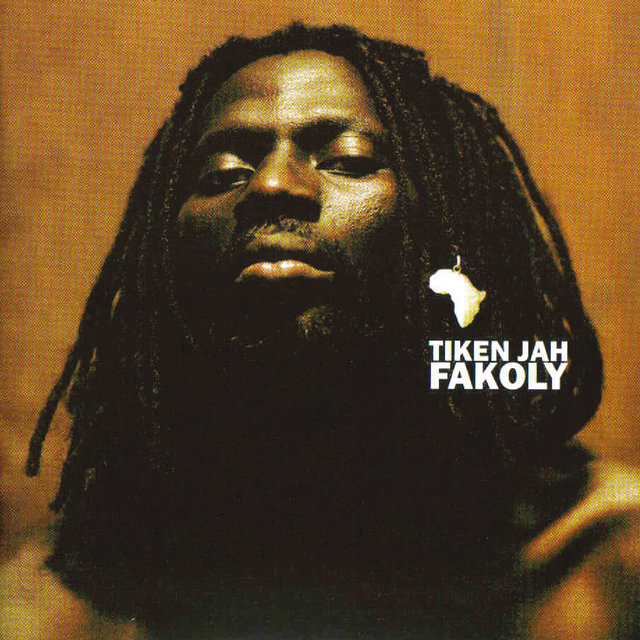 Doumbia Moussa Fakoly, whose stage name is Tiken Jay Fakoly is one of the established Ivory Coast musicians today. He is a reggae singer and songwriter. His songs are motivated by the injustice faced by the people of his country and Africans at large, making him popular among African listeners. Fakoly’s first music video was “plus jamais ca” in his “Mangercratic” album in 1996. Again, his latest album “Le monde est chaud” is a massive success by all metrics. 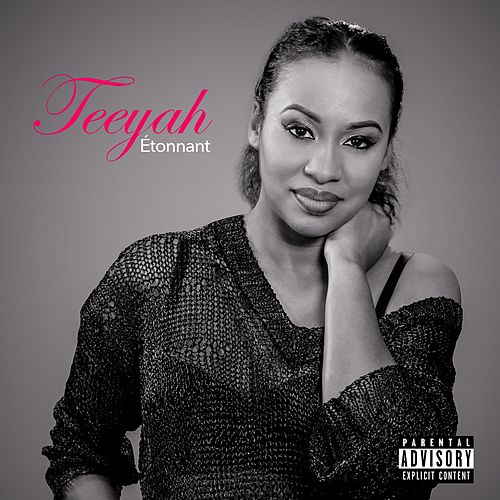 Teeyah is a singer, dancer, songwriter, actress, philanthropist, and radio host from the Ivory Coast. However, she partnered with Kaysha (a music producer) on “on dit quoi” a single that made her famous. Subsequently, she first released her studio album titled “Metisse” in 2004 and has released several tracks. Her recent song “Chacha” was released in 2020. 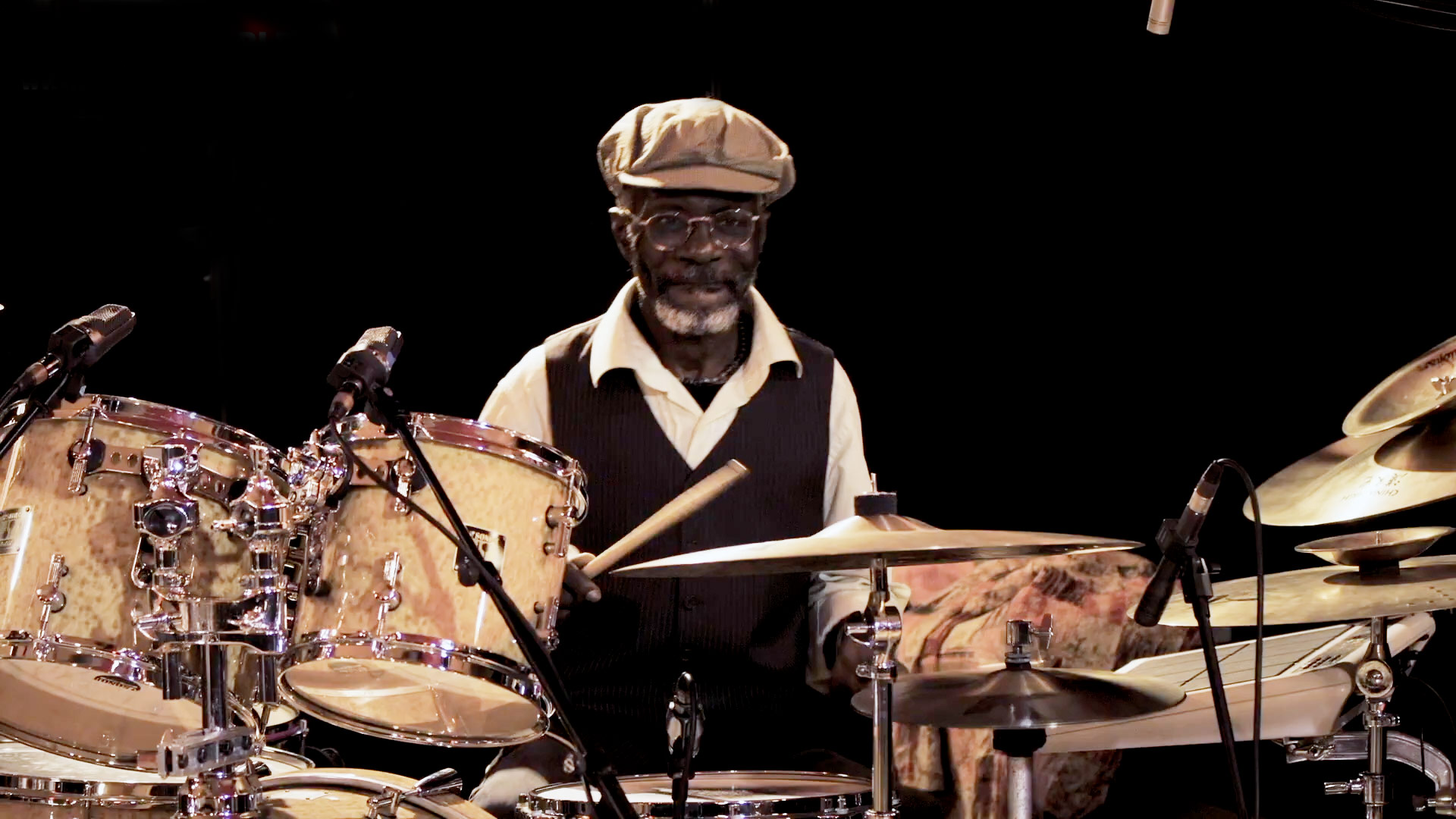 Sery is a world-known musician. However, he specializes in various musical genres like Jazz, fusion, jazz-funk, jazz-rap, and world music. He is world music and jazz fusion drummer who has played with Joe Zawinul and Eddy Louiss. Subsequently, he released his first solo album titled “Voyages” in 2000. His 2017 album,” Zouglou Electrique,” is a must-listen. 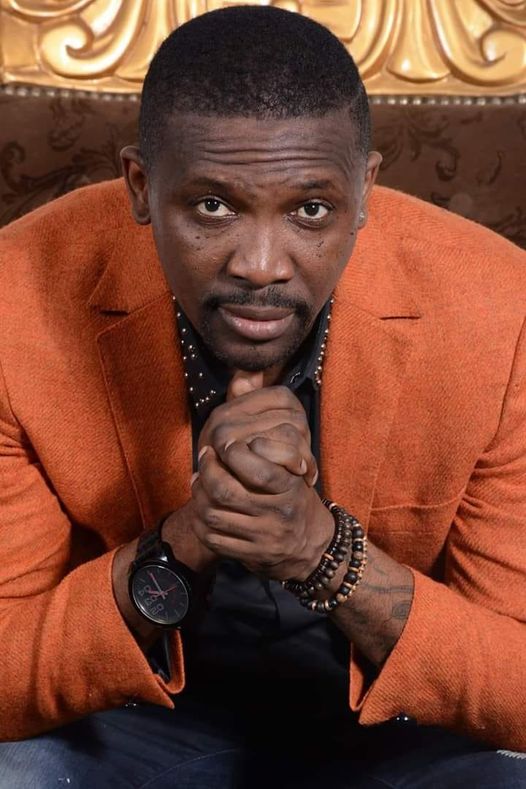 Erickson Le Zulu, popularly known as Eric Bosiki, is an Ivory Coast musician and disk Jockey. He started singing at a very young age of 9 and won Male Performer of the year at RTI Music Awards in 2006. Sadly, he died in 2020 at the age of 41 after being hospitalized for hepatitis B and cirrhosis of the liver. 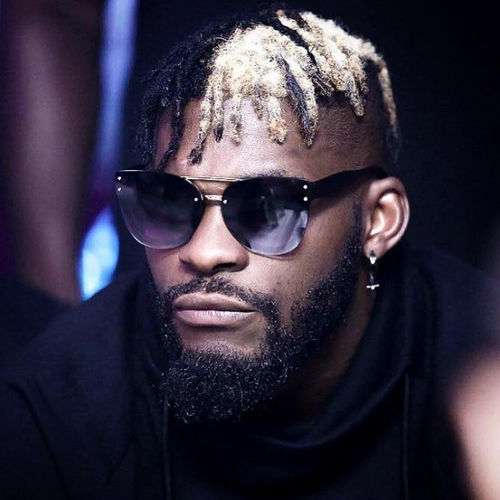 DJ Arafat is a force to reckon with in the music industry. He is regarded as one of the best Ivory musicians of all time. DJ Arafat took the Ivory Coast’s Coupé-decale genre to greater heights. He also created the sub-genre Kpangor and has mentored younger musicians who are currently building a name for themselves. Sadly, he died in a motorcycle accident in 2019. “Maplorly” was one of his great songs. 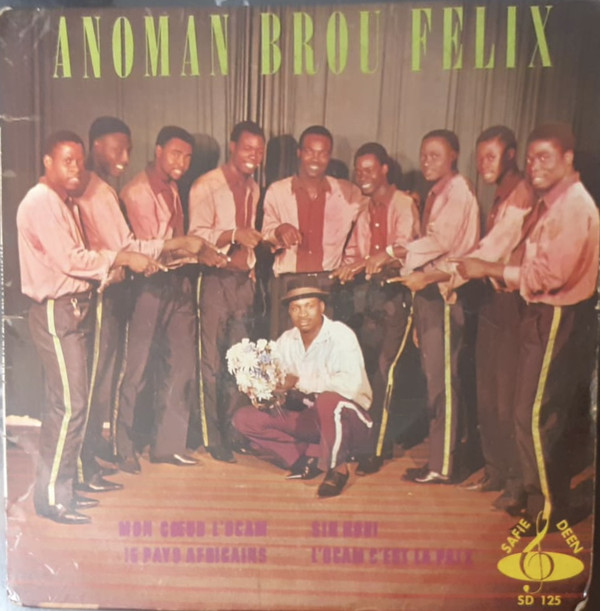 Anoman Brou Felix is one of the top-notch Ivorian musicians of all time. He was a guitarist, percussionist, and bassist. Furthermore, he was one of those who pioneered Attie Music. Felix also created the dance “Wamy” in the early 1970s. Unfortunately, he died in 2021 at the age of 86. Some of his songs are Akohia, Han Koileu, and lots more. 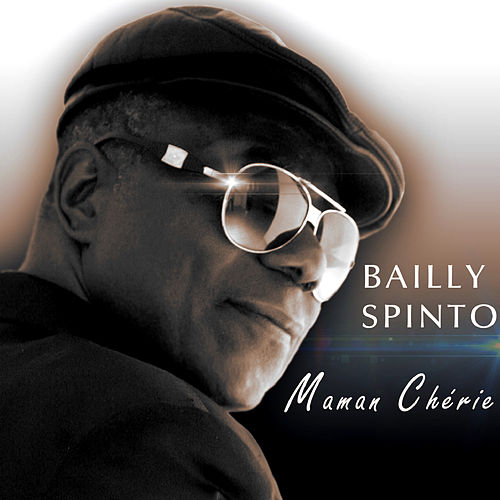 Bailly Spinto, whose real name is Gallet Bailly Sylvestre, is often referred to as the man with the golden voice. His song “slow” was enjoyed in the 1980s by Ivorian music lovers. Also, he is one of the most popular Ivorian musicians due to his hit title “Monouho”. His latest song is “Zikpa Iha namane”. It is a groovy song that you will easily put on repeat.

For many, some of the artists under this group are not really upcomers. Some of them have powerful intracontinental collaborations that will blow your mind. However, they are simply artists on our watch list. Have a look. 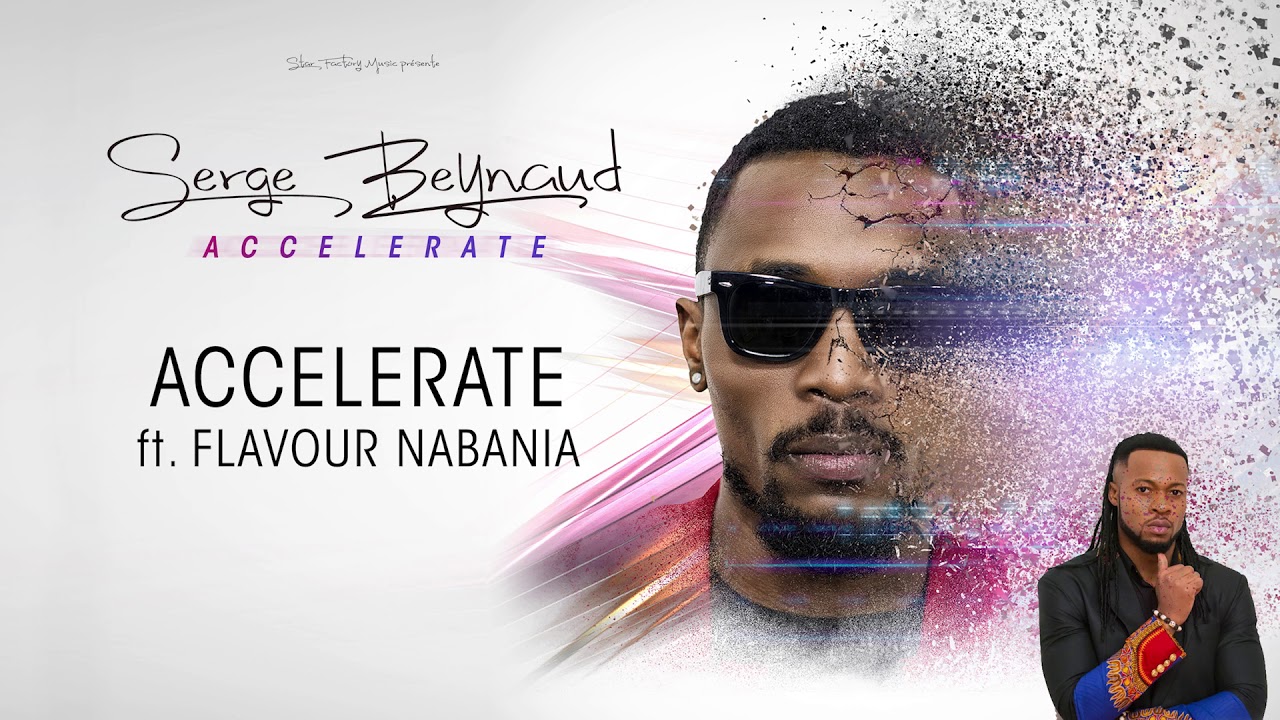 Serge Beynaud is a singer, songwriter, and music producer specializing in Loko Loko and Coupé-decale music. Furthermore, he is also one of the upcoming Ivory Coast musicians you need to watch out for. Moreover, Serge Beynaud was number one in Star Africa Top 10 in February 2015. He is famous for his fancy sense of dressing. His latest song is “Ye Dja” which he sang in 2020. 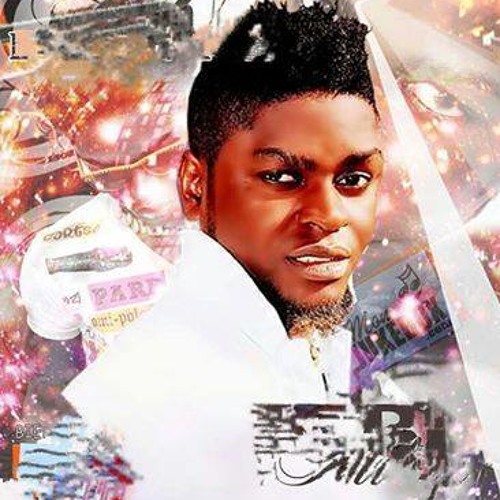 Bebi Phillip is a singer, songwriter, guitarist, and music producer who grew up studying music. One of the musical genres he specializes in is Coupé-decale. However, Bebi Phillip became popular in Africa with hit singles like “Move Dadass”, “Zepele”, and “Balaumba”. He released his first album, “Seul Dieu” in 2012 and has grown his fans ever since. His recent “prophetie” is a simply unique style of music that will get your body moving. 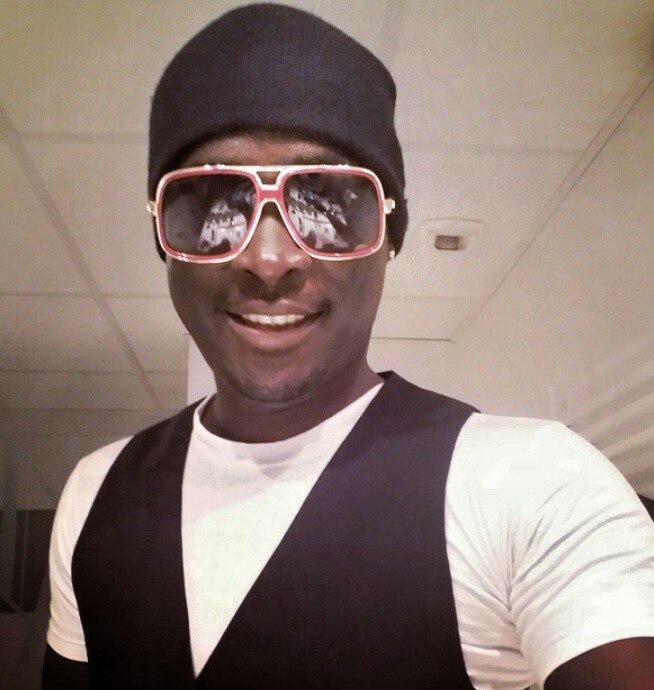 Molare is a choreographer, composer, lyricist, and Ivorian musician specializing in cut-shifted genres. He dropped his latest album, “Number Ten” in 2020. 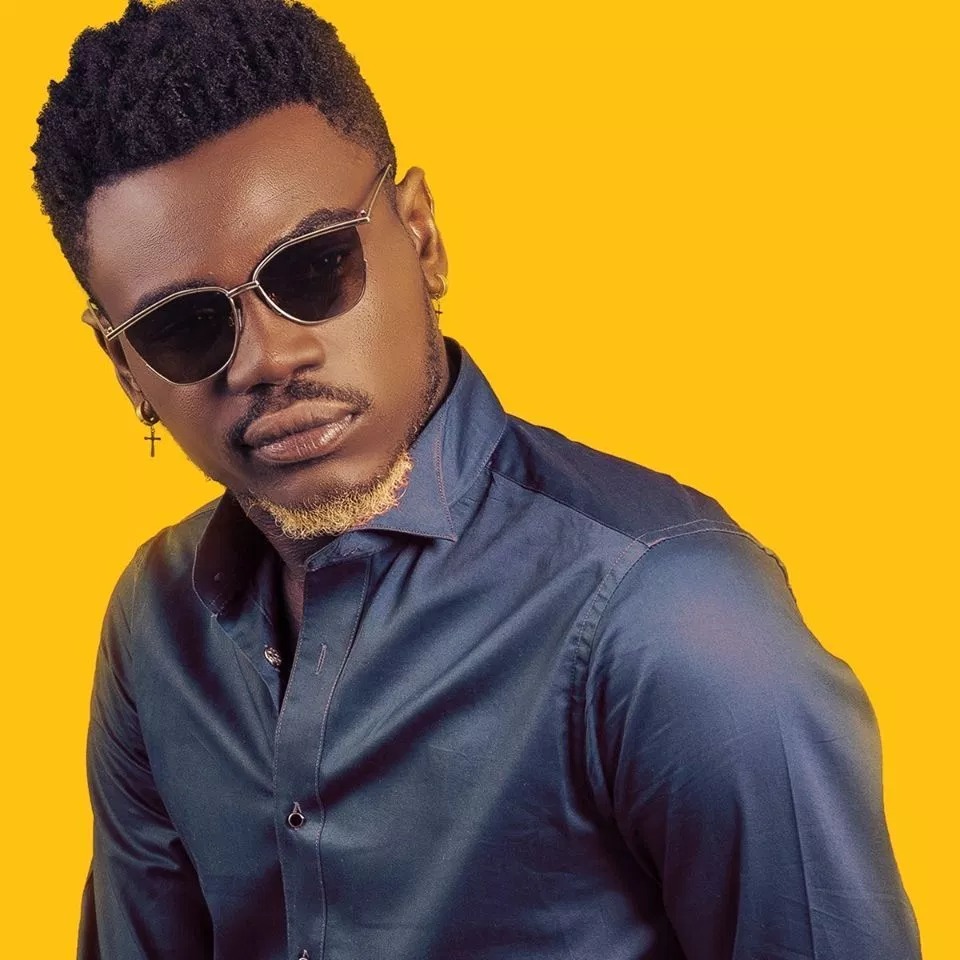 Ariel Sheney is also one of the upcoming Ivory Coast musicians and producers currently breaking ground in the music world. Interestingly, he is the brain behind DJ Arafat’s last songs. Nonetheless, some of his songs like “ca coule” and “yelelema” offer a promising future for him.

ALSO READ: Do You Know These Togolese Established And Upcoming Musicians? 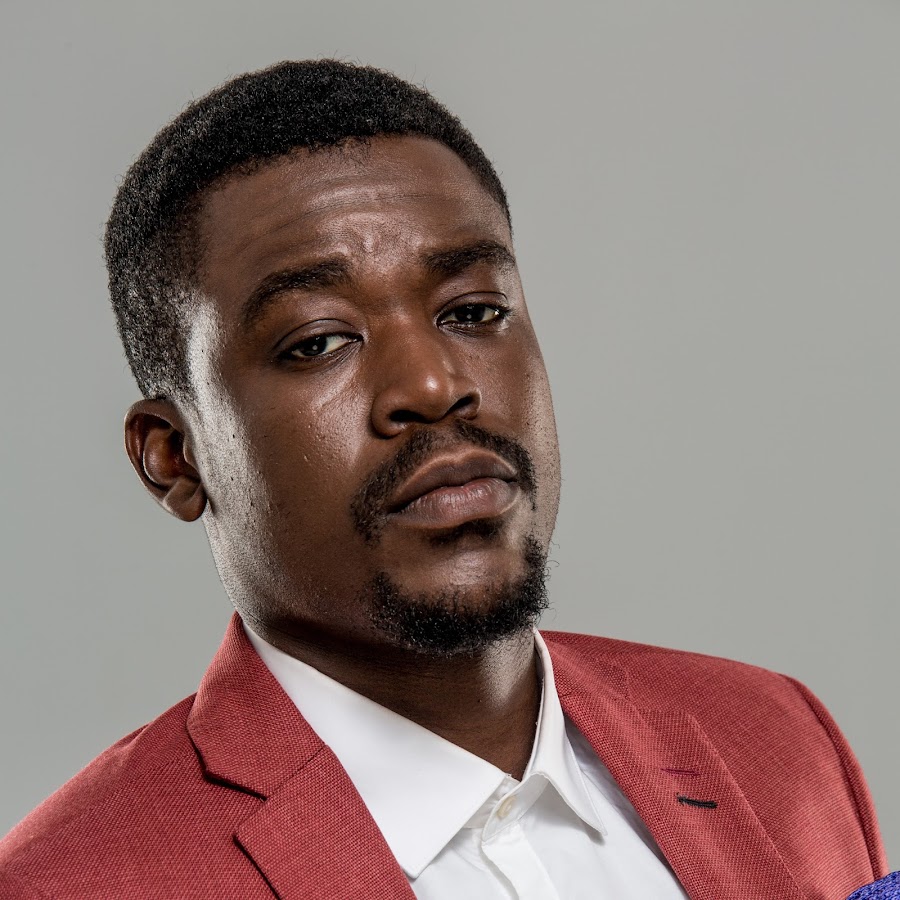 Shado Chris, whose name definitely forecasts his personality, is one of the top Ivory Coast musicians to also watch. He has worked with the likes of “Serge Beynaud”. His rise to the limelight can be traced back to 2014 soared after the release of his song “Lahan”. 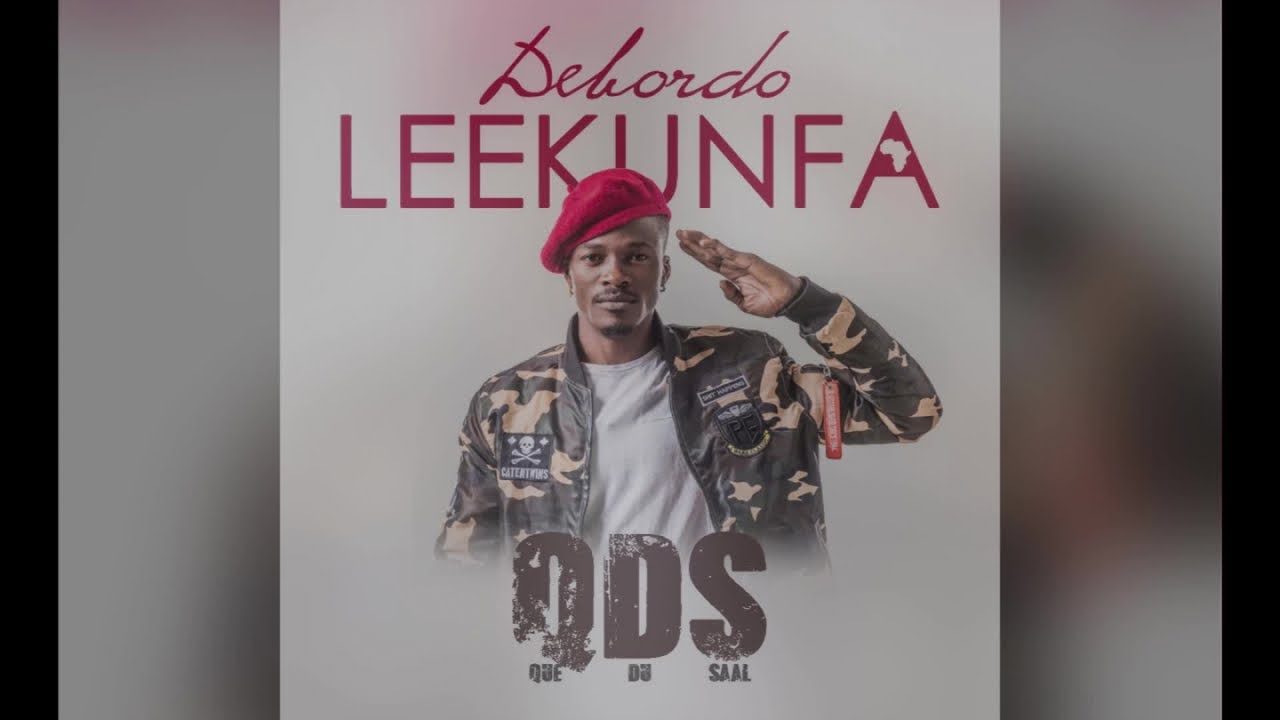 Debordo Leekunfa is a DJ turned singer who started his career in clubs. However, his collaboration with DJ Arafat changed the trajectory of his career. Also, he was one of the pioneers of the popular dance, Kpangor, which has traveled far and wide today. 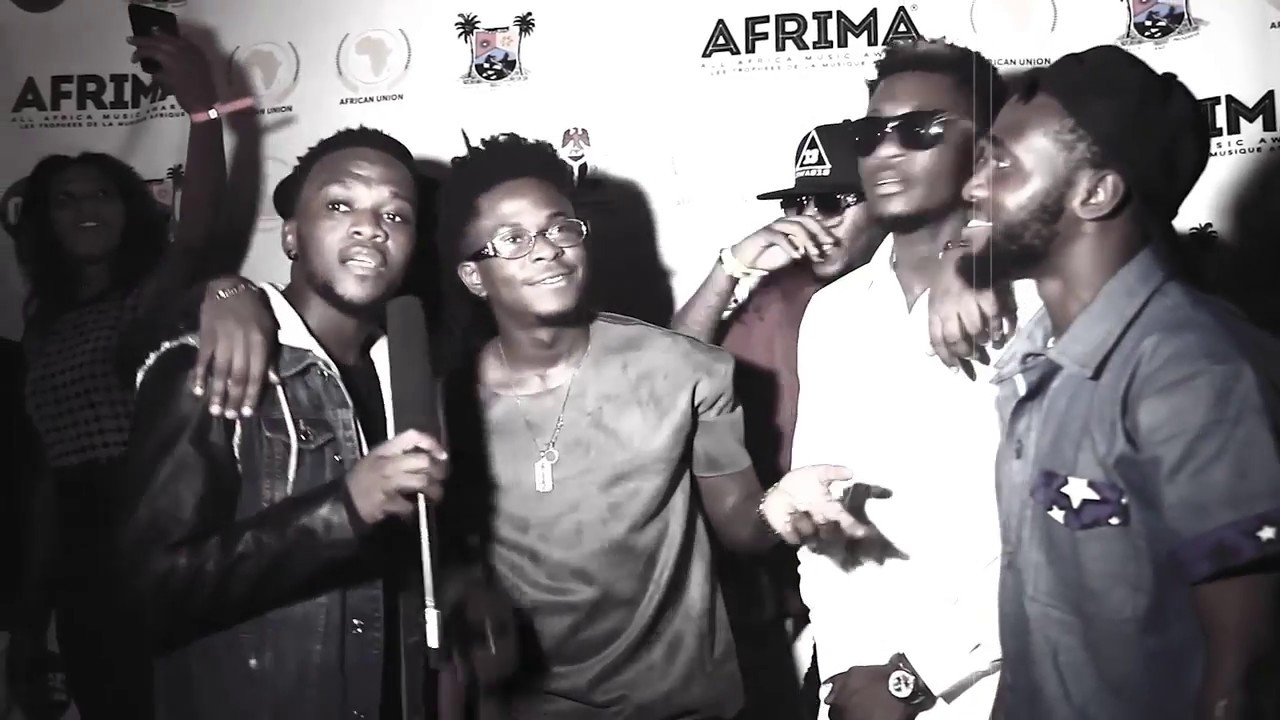 Kiff No Beat is a famous rap group in Ivory Coast that started performing in 2009. Interestingly, it comprises five unique members who developed “Dirty Decale”, a cross between coupé-decale and American music from Dirty South. Their music is a unique blend of this style. 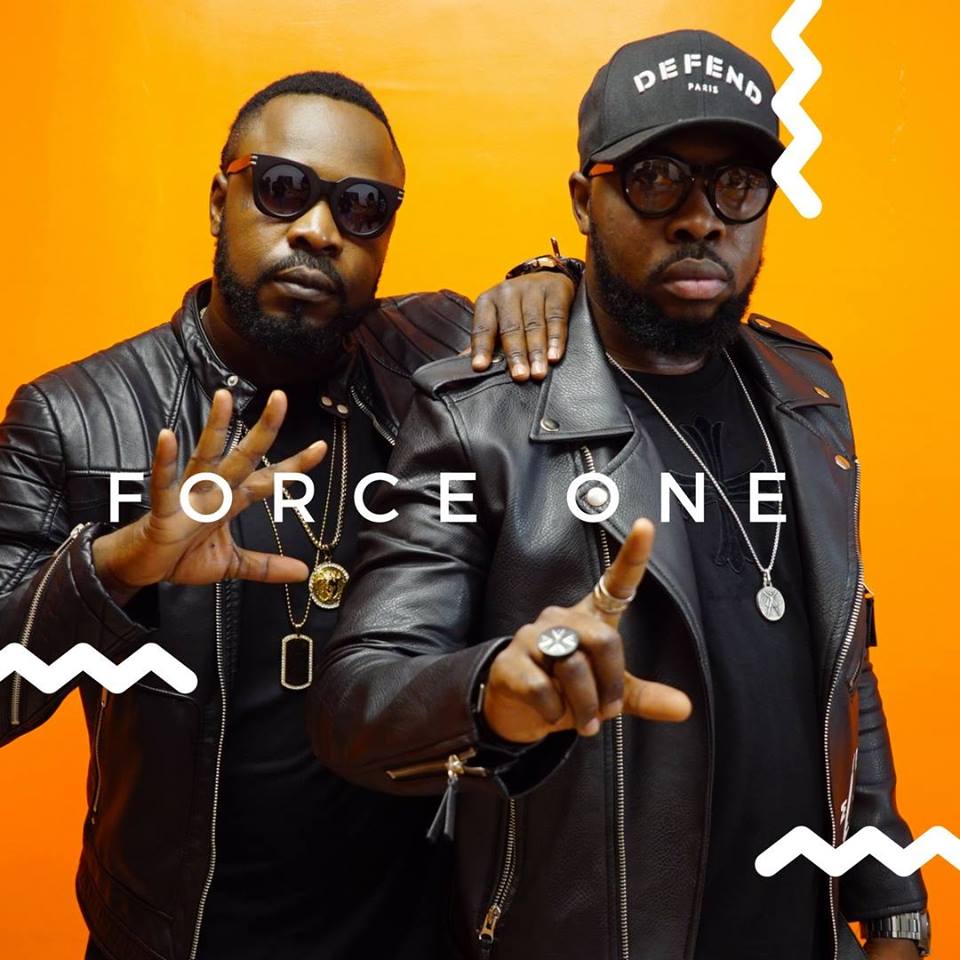 Force One comprises a duo whose beats are Inspired by coupé-decale and dancehall style. In 2003, their album “Salamandre” became the building block of the music they make to date. Listen to “Vouvou” which they recently released and let us know what you think in the comment box below. 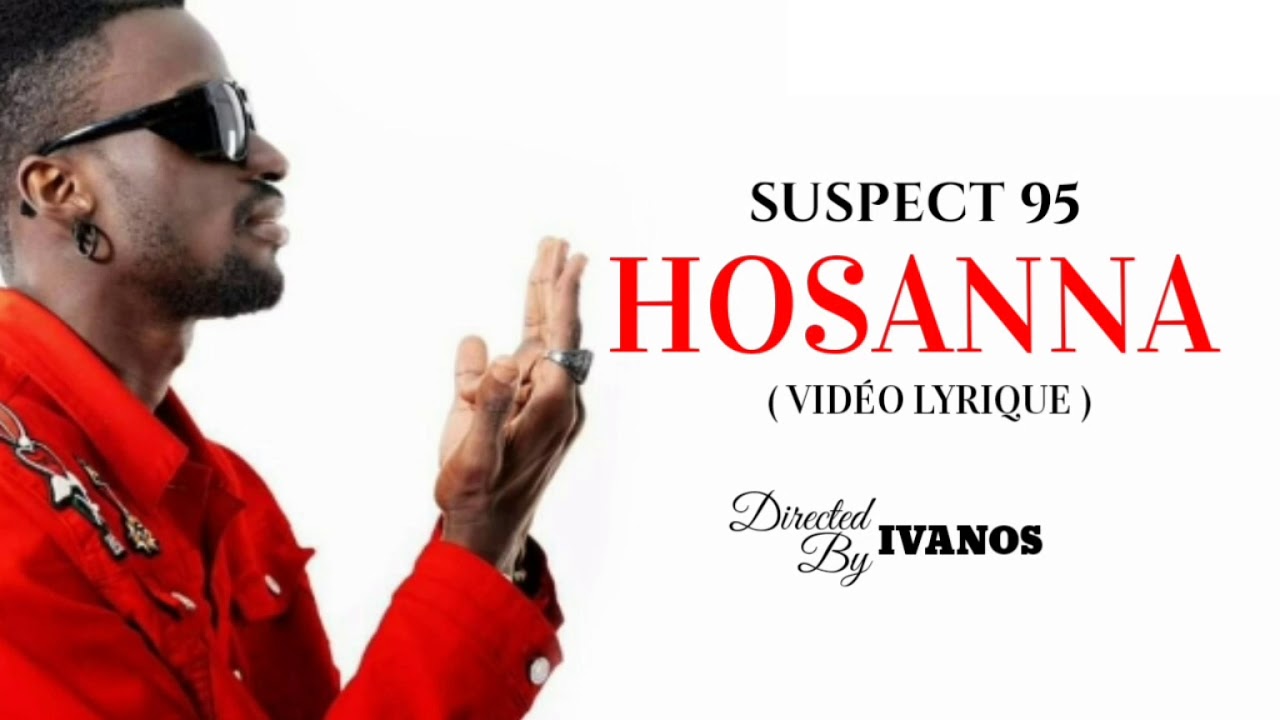 Suspect 95 is an upcoming Ivorian rapper signed under Triomphe production, a label of Bebi Phillip. He is also one of the upcoming Ivory Coast musicians to watch. However, he released his hit “Esseu C Force” in 2016, featuring Stelair, and has since become one of the sought-after rappers in the Ivory Coast. 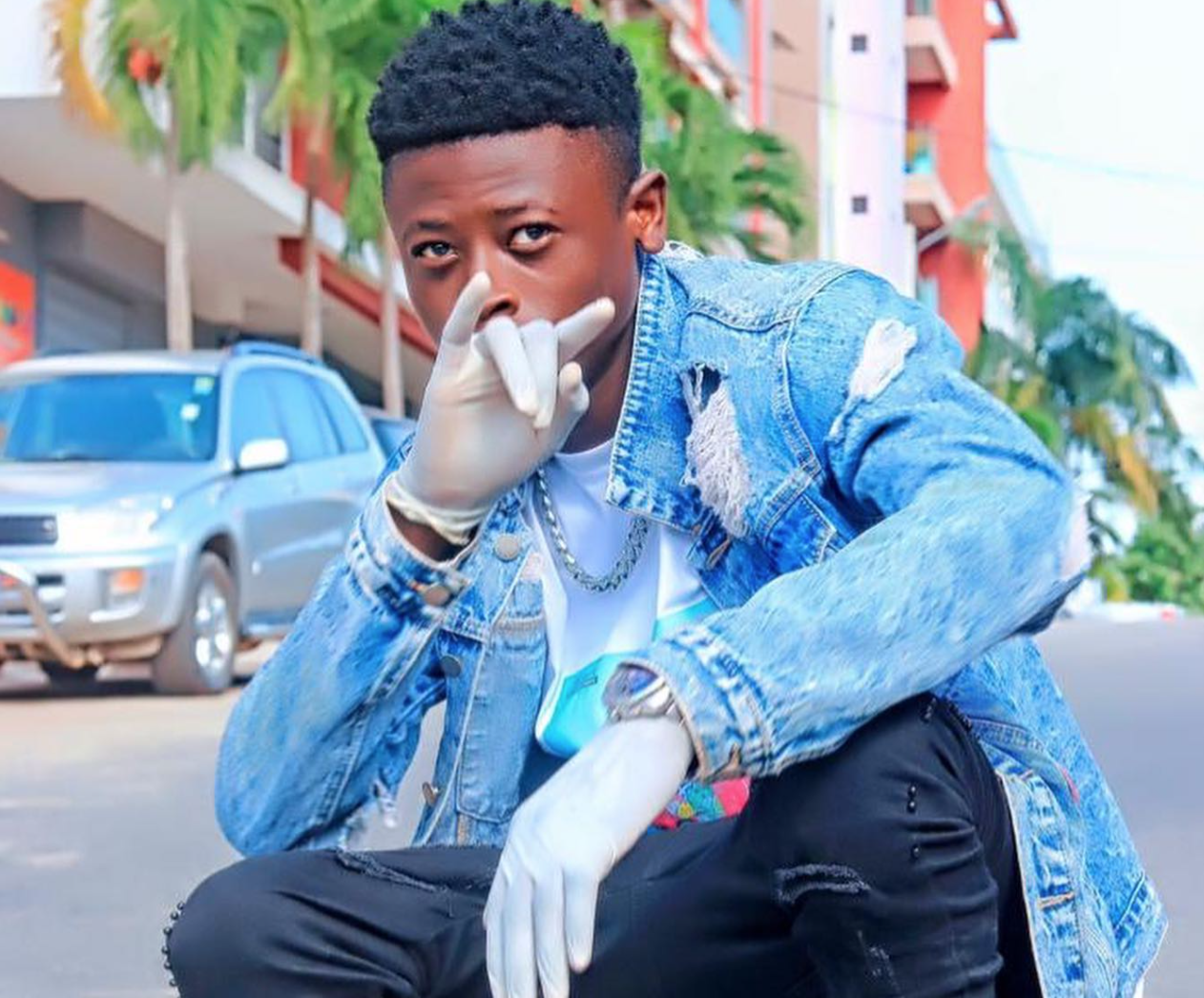 At the tender age of 16, MC One, a protégé of DJ Kedjevara (a coupé-decale master), turned the audience into a frenzy with his rap. He started with “Opi on naka faikoi” and openly clashed with “Kiff No Beat”. MC One has since then released various tracks, including “Anitche” which means “Thank You” in Malinke language.

There is no doubt that Ivory Cost musicians have come a long way. Their distinct music style is something worth noting. Nonetheless, if any Cote d Ivoire music artists are missing from the list or should be added to the list, please let’s know in the comment section below.