“I can’t breathe, I can’t breathe,” were the words of George Floyd. He begged for his life while a white officer knelt on his neck on May 25, 2020. There is also Wallace Jr, a 27-year-old black man, who was killed outside his home, in West Philadelphia by policemen? These cases are just a few out of the many incidents where blacks have faced injustice at the hands of police officers. Anyone can face police brutality. However, the trend appears to be more prominent among the black race.

Statistically, blacks are three times more likely to be killed by police during their lifetime than whites. The question now is, why this bias and injustice? Before you talk about putting an end to police brutality, you need to examine the underlying cause. The cause of police brutality in Africa is different from that of the West. While that of western countries is often due to racism, the situation in Africa is a bit more complex. Well, this article seeks to address possible solutions on how to end the reign of police brutality.

Police Brutality against Black people in Europe and America

The issue of police brutality against blacks dates back to time immemorial. This is not unconnected to structural racism and racial profiling in different parts of the world. While it seems racism is a thing of the past, given the advent of modernization and the supposed worldwide fight against racism, it still manifests subtly in every sector around Europe and America. It is common to marginalize and easily perceive blacks as dangerous.

On the bright side, 2020 has been quite a year of progress for the fight against police brutality. The cruel killing of George Floyd triggered an uncommon worldwide movement advocating for an end to the cruelty blacks face in the hands of the police and every other sector. The BLACK LIVES MATTER movement trended for days on all social media platforms. Despite the heat of the coronavirus at the time, most countries of the world held protests.

However, as successful as the movement was, did it entirely stop this menace and injustice? The answer lies in the fact that other black people have been shot and even killed after George Floyd. In just three months after Floyd’s death, the racial disparity in police killings increased slightly. In clearer terms, data shows that from January 1 to May 25 (the period of Floyd’s death)  black people are three times more likely than white people to be killed by police. However, from May 26 to September they were about 3.3 times more likely. 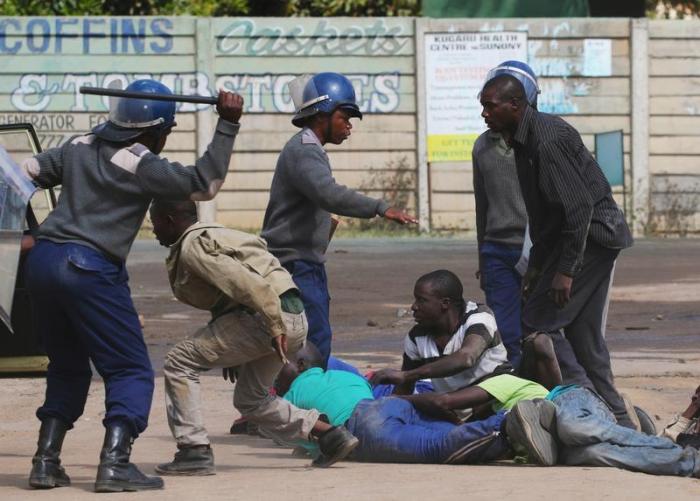 One would think “home” will provide a perfect escape from the menace of police brutality. However, it is rather unfortunate that even in Africa police brutality is still a big issue. In Africa, police brutality is not about race. Politicians often exploit the police for oppression. The police have been downgraded to thugs and play-things of politicians. A clear example of how rogue the police could be in Africa can be seen during the arrest of Bobi Wine in Uganda.

The issue of police brutality in Africa is not a new phenomenon. Police forces across Africa have a notorious record of human rights abuses. The refusal to give a bribe, holding a phone that looks expensive or even driving a nice fancy car can suddenly become a serious offense in their eyes. All these points to deep systemic issues. In Kenya at least 15 people were killed by the police while the country was on lockdown. Similarly, over 10 people were killed in South Africa for merely defaulting to the lockdown rules.

Recently in Nigeria, the citizens especially the youth kicked-off the #endsars protest. The protest was geared towards pressuring the government to disband a special unit of the police which was responsible for the unjust death of many Nigerian youths. The protest quickly gained global concern and solidarity. Unfortunately during the period of the protest, the Nigerian military opened fire on peaceful protesters in various parts of the country.

An event that must not pass without mention is the massacre of youths at Lekki toll gate, in Lagos State on the 20th of October 2020. The youths had shut down some of the major roads in Lagos for days in a peaceful March against police brutality. One of the hotspots for the protest was the Lekki toll gate, an avenue that generated millions for the government daily.

In a bid to shut down the protests, the government imposed a curfew in Lagos State. However, some youths remained at the toll gate. Soldiers and police officers came in the evening shooting at unarmed protesters. Their only weapons were their flags and their voices. The Nigerian Army and police deny this shooting to date. Reports have it that over 10 persons were killed and several others injured. The Lagos State governor said the shooting was carried out by ‘forces beyond his control’. In response, the Nigerian army claimed videos ‘were photoshopped’. This was yet another in a string of impunity gone too far.

To tackle a problem, one must go back to its roots. The causes of police brutality across Africa are numerous. Different African countries have their subtle peculiarities. However, there are factors predominantly responsible for the unending menace. They include: 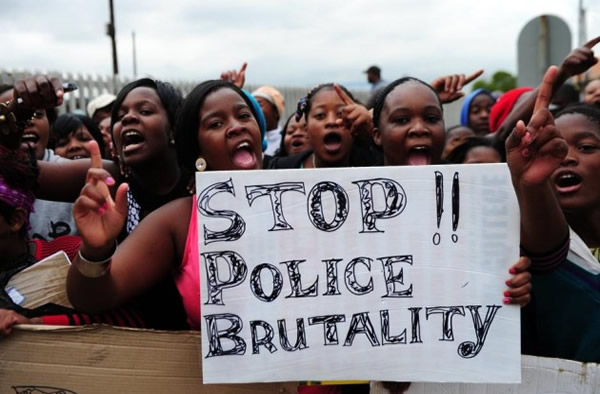 One of the major hindrances to putting an end to the issue of police brutality is the fact that there no accurate and comprehensive government data on police killings or brutality. Inasmuch as private groups keep their own databases, some of those killings go unreported. The first step to solving this problem would be proper data on police brutalities. Also, the data should made public. The increase in accountability will definitely lower impunity.

2) A change in police culture

There should be a total change in the police culture and this change has to start from police training. It is a way to reduce racial or ethnic biases among police officers and encourage de-escalation. Also, other regulations discouraging violence, and the use of force should be made compulsory. Such regulations include;

Implementing these rules will go a long way to check police killings in Africa.

This can take the form of independent and civilian oversight of police departments or using the citizens’ watchdogs. Using the citizen watchdogs simply means policing the police. Fortunately, there has been an organic growth in this form of policing since the advent of smartphones. This has helped keep erring police officers in check.

The fact that defaulting officers get away with most of the unjust killings especially in Africa is a factor that encourages others to follow suit. According to the provisions of the law, there should be punishment and trial of erring officers. That will serve as a deterrence to other officers. It’s quite simple; you won’t kill if you know that you’ll pay severely for it.

ALSO READ: What African Families Can Do to Help Stop Religious Violence in 2020

It is true that poor welfare should not serve as an excuse to harm the lives of people. However, we must look into this issue. Police officers are largely underpaid compared to the risk they take in keeping the society safe. Most times they pass their frustration on innocent citizens. People often say that police officers are naturally angry in most African countries. Since they can’t fight the government they fight the people. The government should increase the salaries of the police and ensure that proper rehabilitation programs are in place for them.