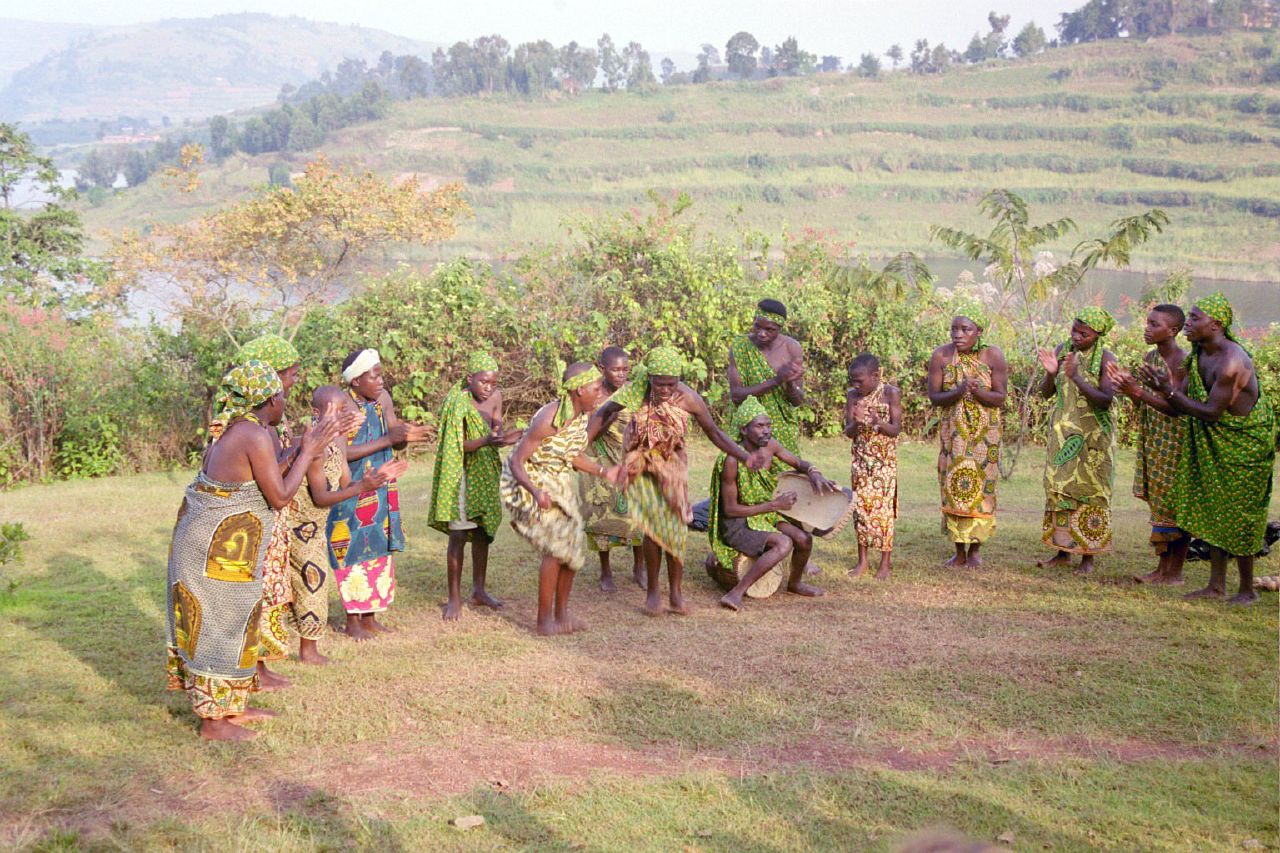 The Batwa tribe is one of the oldest in Africa. They originally resided in the rainforests of Congo, Uganda, and Rwanda. They survived many decades through hunting and gathering. However, in the 1990s, the government evicted them from the rainforest leaving them homeless. This and subsequent events threw them into poverty.

The actions of the governments of the three countries were prompted by the need to create a national park. The national parks helped to preserve the population of endangered gorillas in the Virunga Mountains. Since then, the population of the gorillas has grown to 880 in 2018 from 284 in 1981. Tourists now pay a huge amount to spend one hour with the apes. The parks have become a huge money spinner for the East African countries. However, the Batwa tribe paid the price.

A glimmer of hope for eighteen Batwa families

Volcanoes Safaris, a luxury lodge operator was drawn to the plight of the Batwa tribe condemned to squat in Uganda’ farmland. The founder of Volcanoes Safari, Praveen Moman was touched by their appalling livelihood. Moman first met the Batwa tribe when he opened the Mount Gahinga Lodge in 1997 on the outskirts of Mgahinga Gorilla National Park in Uganda. The encounter sparked their relationship.

ALSO READ:Kanye West and Kim Kardashian Are Given Ugandan Names

Through the Volcanoes Safari Partnership Trust, Moman gifted ten acres of land to the tribe.  When asked about what motivated his actions, Moman said,

“Generally, we want to support people and improve their livelihood in relation to the work we do at our lodges. It was a bunch of rocks on which they built little shacks of twigs, of tarpaulins, of cardboard—whatever they could get.”

All the material used for the construction of the new village were donations from the guests at Mount Gahinga lodge and the Volcanoes Safari Trust. However, Uganda-based Studio FH architects’ contribution was in terms of supervision services and free designs.

A glimpse into the new settlement for the Batwa tribe

The village consists of eighteen houses each measuring twenty square meters. Each of the homes boasts of a bedroom, common room and a covered veranda which also serves as the kitchen. Eucalyptus poles with bamboo crisscross form a grid and make up the walls. However, the roofing consists of metal sheets with papyrus coating. 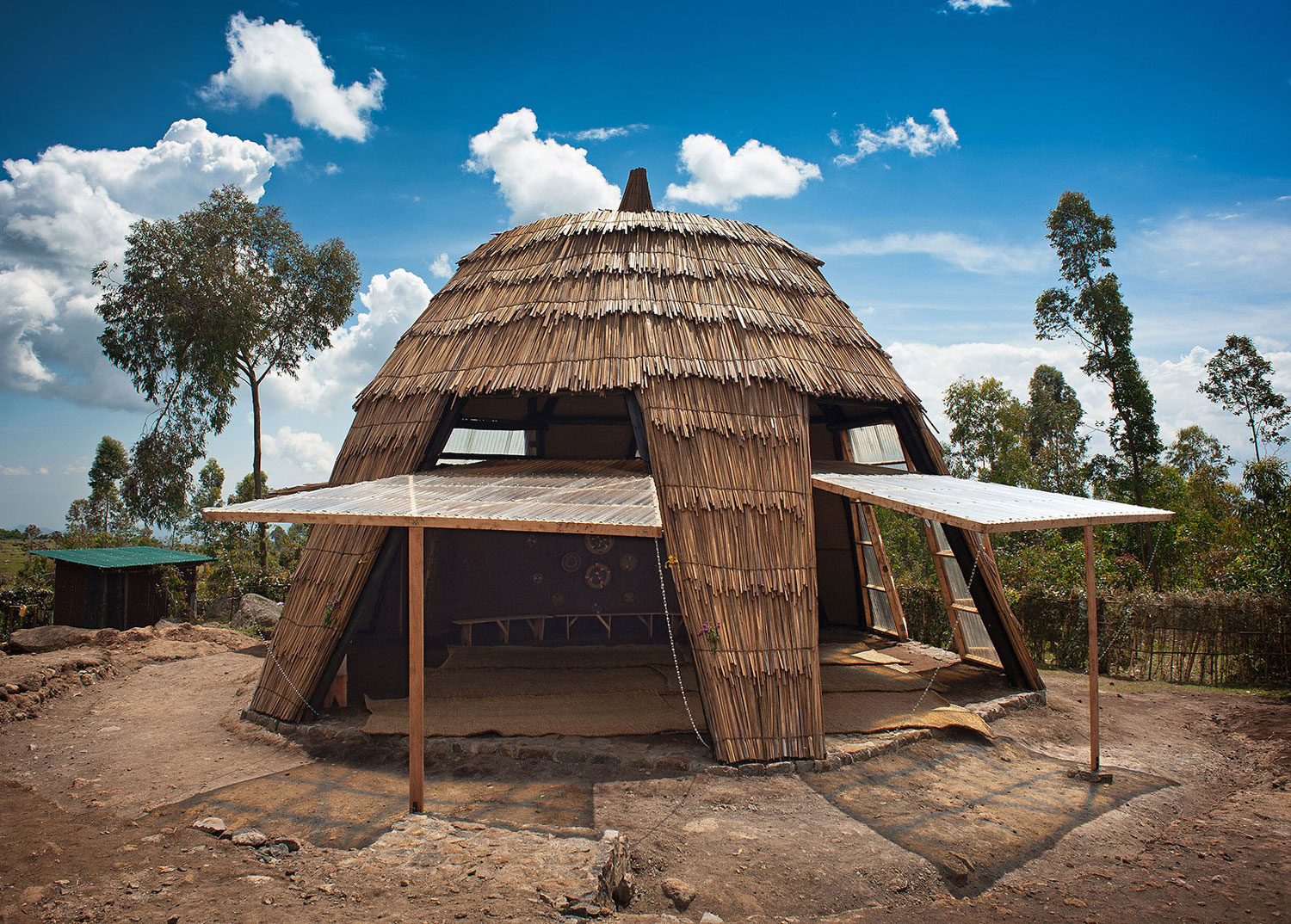 The builders took some steps to ensure the safety of these eco-friendly homes. First, the buildings have compact spacing for wind protection as well as to conserve farming lands. Secondly, the verandas face opposite of the direction of strong winds from the volcanoes. To ensure proper sanitation, two buildings containing latrines lie in the slopes on one side of the village.

The Batwa tribe village also has a community center on a 100 square meter space. Consequently, the dome-shaped community center is intended to be used for multiple purposes that involves public gathering. The official opening of the village was in May 2018. 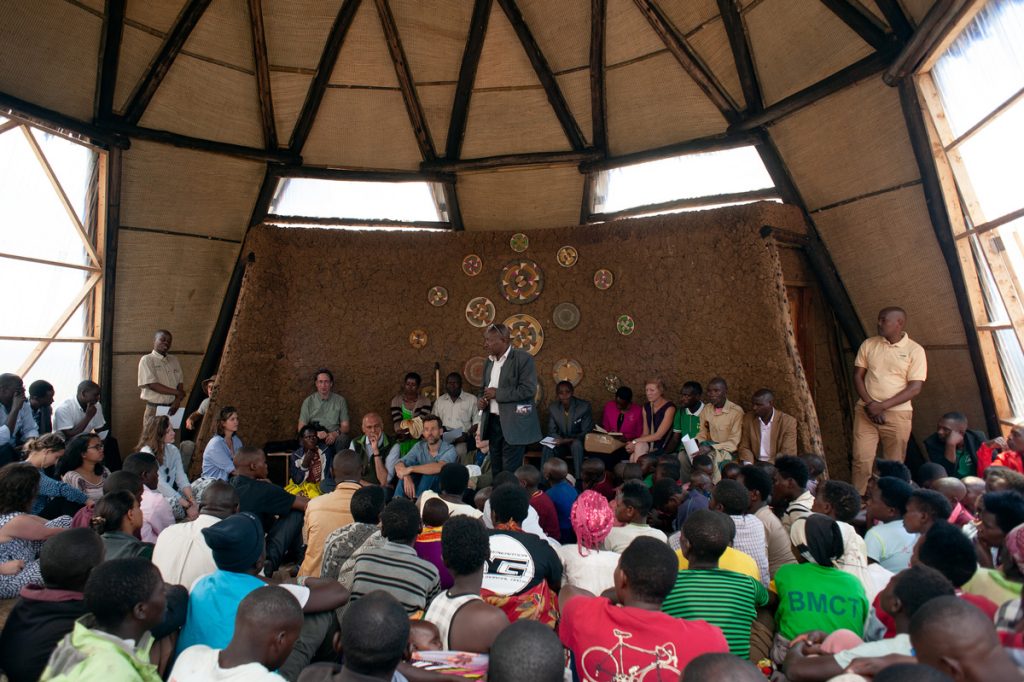 The contributions of Studio FH Architects to the Batwa tribe also earned them a place on the 2018 Emerging Architecture Awards list. The prestigious award instituted in 1999 honors young designers who create a positive impact in their environment through architectural designs.