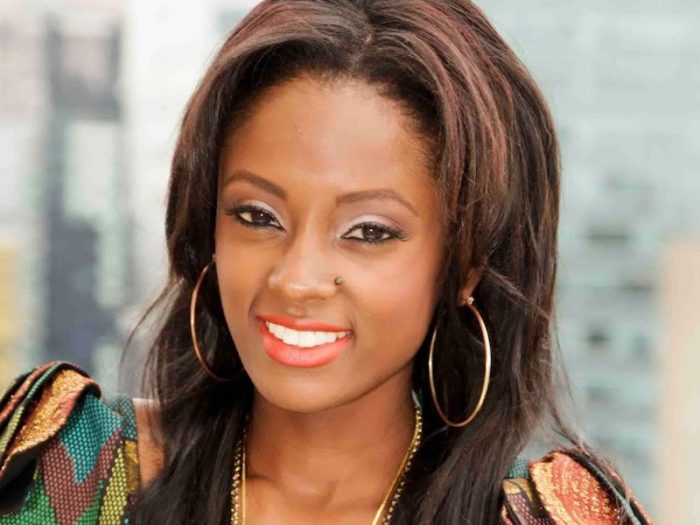 Our Afronista of the week is none other than the beautiful Vanessa Mdee. She is a multi-award-winning singer, rapper, television personality, and radio host. Her career is marked with incredible milestones, such as being the first-ever Tanzanian MTV VJ. Above all, she celebrates African clothing on her platforms. Consequently, she won the Abryanz Style and Fashion Awards in 2016. The beautiful singer got engaged to the Nigerian-American actor and singer Olu Rotimi Akinosho. Ever since, it has been a smooth sail for her. This is a story on how Vanessa Mdee’s Cinderella love story began.

Vanessa Mdee was born on the 7th of June 1988 in Arusha, Tanzania, where she obtained her secondary and high-level education at Arusha Modern High School. Mdee grew up in New York, Paris, Nairobi, and Arusha, where she became familiar with different cultures. Furthermore, she also attended the Catholic University of Eastern Africa to pursue a Law degree. Mdee quickly became familiar with various forms of music and performing arts.

Vanessa Mdee has been rumored to have been in some relationships before she met Rotimi. However, the one that caught the attention of everyone was with Juma Jux. The pair were in a relationship for six years before the final break up in 2018. Both mutually agreed to keep the relationship secret before Mdee decided to reveal the news during an interview in 2019.

Eventually, Jux said in an interview that his first breakup with Mdee was due to a cozy picture of Mdee with Nigerian rapper Ice Prince. Vanessa Mdee also said that family issues also played a minor role in their breakup because they have been dating for up to 6 years. 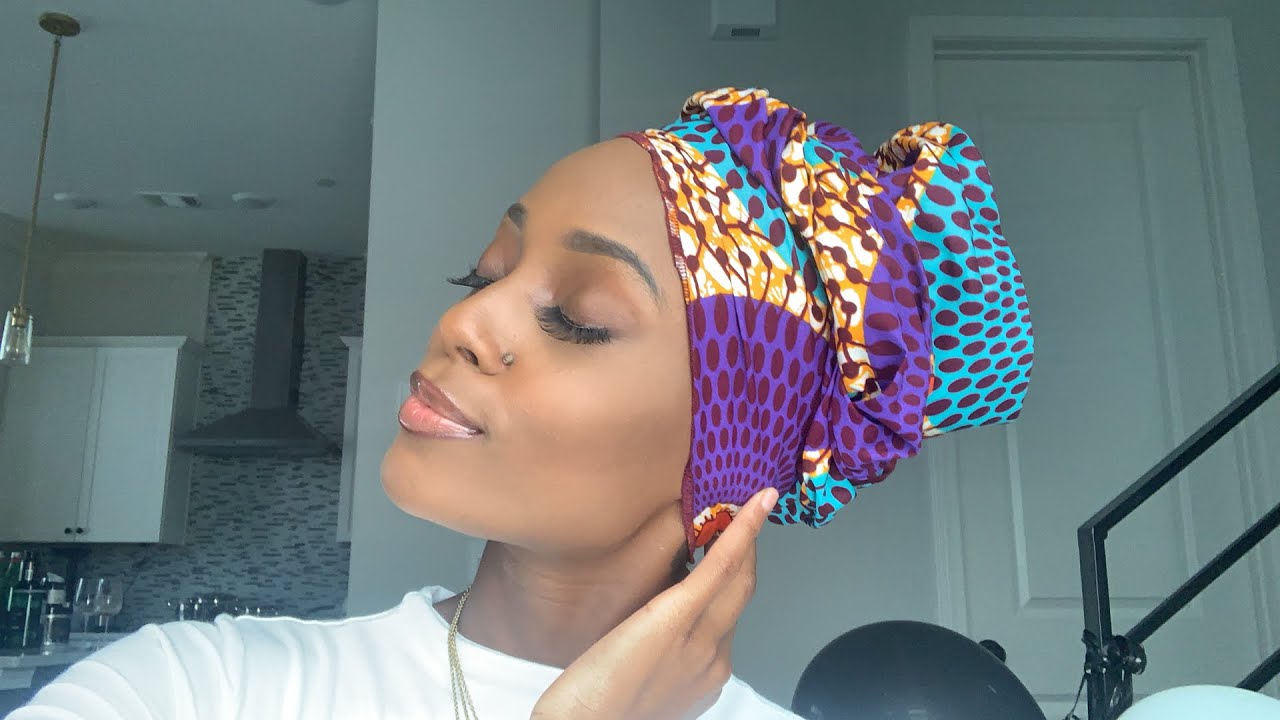 Rotimi and Vanessa Mdee first met at the Essence Festival. Surprisingly, Rotimi had another date lined up before he and Mdee crossed paths. He admits,

“I actually was there with somebody else, just a weekend friend. She ended up getting sick. We were supposed to go to this party, and [she said] I don’t want to come. I said, ‘okay, it’s fine. I’m just going to go for 15 minutes.’ I end up going, and some of my castmates were also there. That’s where I end up meeting [Vanessa.] Fifteen minutes turned into an hour and a half conversation. Nothing else mattered in the room.”

The couple’s proposal went viral on social media last year. In one of the clips that surfaced online, Rotimi was on one knee as he asks a startled Mdee, “Will you marry me?” Mdee replied with an excited yes. Rotimi recently cast Mdee to play his lead lady in the video “Love Somebody.”

During the chat with Essence, Rotimi also said that their love story “feels like they have an angelic type of love that can’t be explained.” Vanessa Mdee smiled and blushed beside him, saying: “We are happy that we get to share it with the world and show the world what it’s like to find love in this time where sometimes it feels almost impossible to find someone that you can literally call your rib.”

Mdee also added that before she met Rotimi, she was functioning but not living. She said, “I was existing, honestly. And he came in at a point where I needed to hear certain things that I couldn’t have heard from anyone else. His heart is so big, and his love is so boundless. It’s the type that transforms you. And you honestly want to be the best version of yourself every single day.”

The break from music

Vanessa Mdee revealed why she has been off the music scene since she started dating Rotimi. In a two-minute video she shared on Instagram, she said that asides from finding love, she decided to take a break from music after being in the industry for thirteen years. The music star said,

“Honestly, I have been in the music industry for 13 years. I have never taken a break, So I finally found some time for me to do what Vee likes, to do what Vee wants to do, to chill, I found Love, beautiful Love, and I’m so happy, I’m enjoying my life. So I just want to take time to enjoy life.

“I have no time to work on my podcast, and thank you so much for supporting my season one. Season two is going to be even greater. I’m going to answer all your questions because there has been a lot of concerns. When is your next song coming out? I will answer all that. Just want to thank you for your love and continued support. I just wanna advise you too to find time for yourself, realign yourself, pray, reconnect with God and take care of your family and your loved ones.”

What is Vanessa Mdee’s net worth?

It is hard to accurately tell the net worth of musicians—especially in Africa. This is because there is usually no official sales record or details of endorsements. As of last year, Mdee has an estimated net worth of $6 million. That figure would have changed by now.

Vanessa Mdee is famous for her edgy style, and she’s one of the first African female musicians that made this style attractive on the continent. 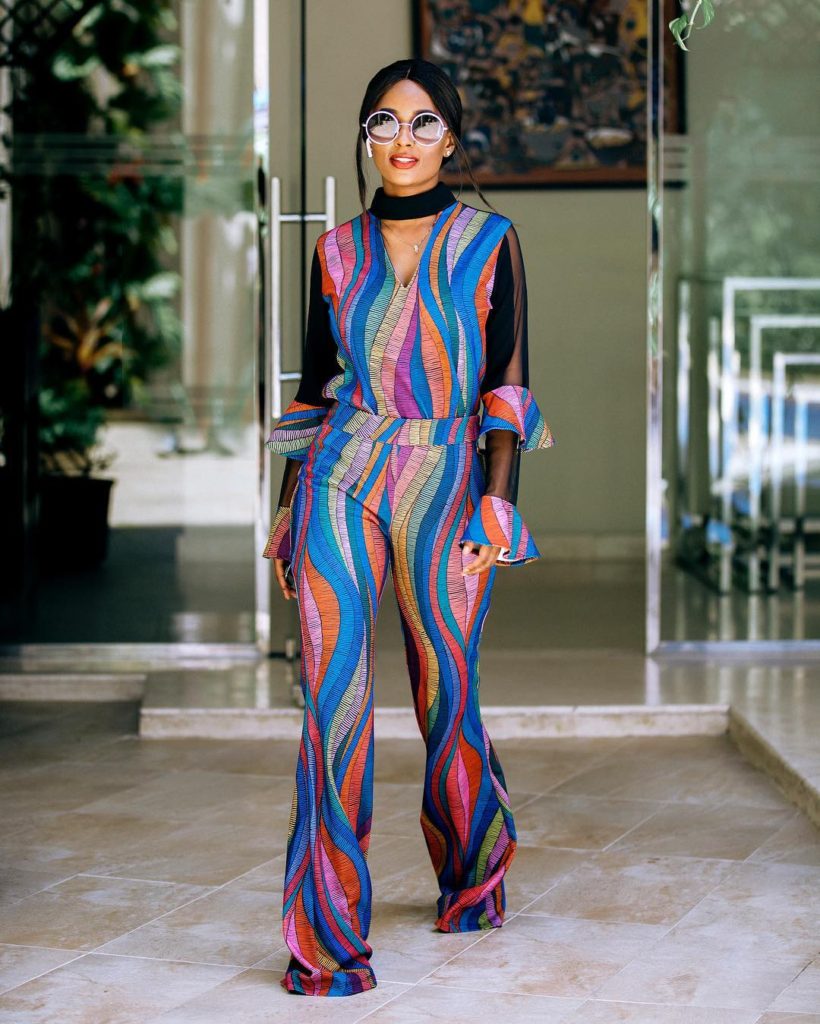 Vanessa Mdee is a fan of vibrant dresses as she rocks this beautiful fabric styled with different colors. Her dress is beautifully knitted with transparent nets around the arms. The highlight of this dress is the peculiar ruffle sleeve. There is no doubt that this screams beautiful, and the appeal is just too glamorous. 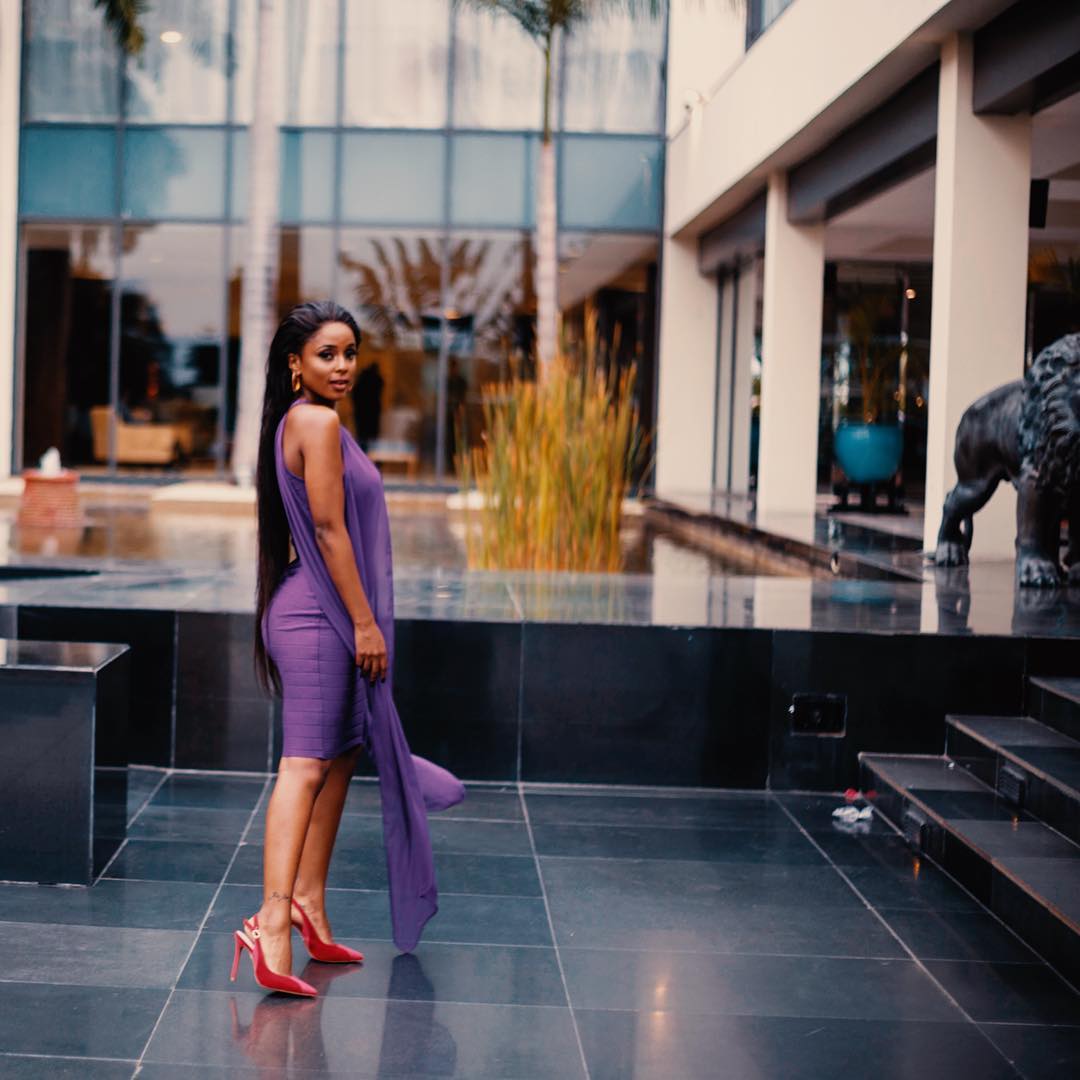 Vanessa looks super cute in this recent outdoor shot she unveiled on Instagram. The singer was rocking a slick back hair accompanied by a gorgeous face beat. She also opted for a stunning flowing purple dress and red heels, which elevated the whole look. 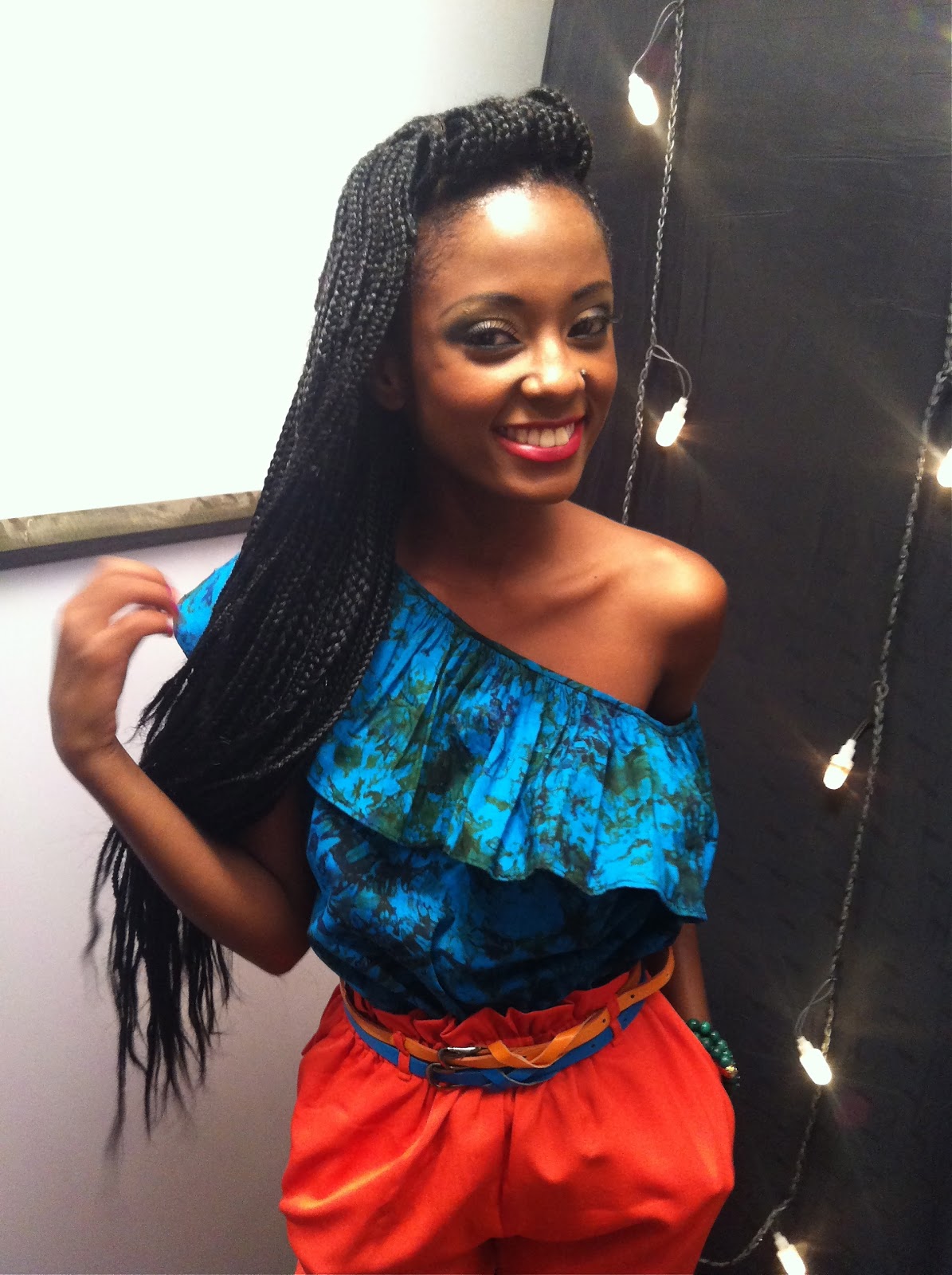 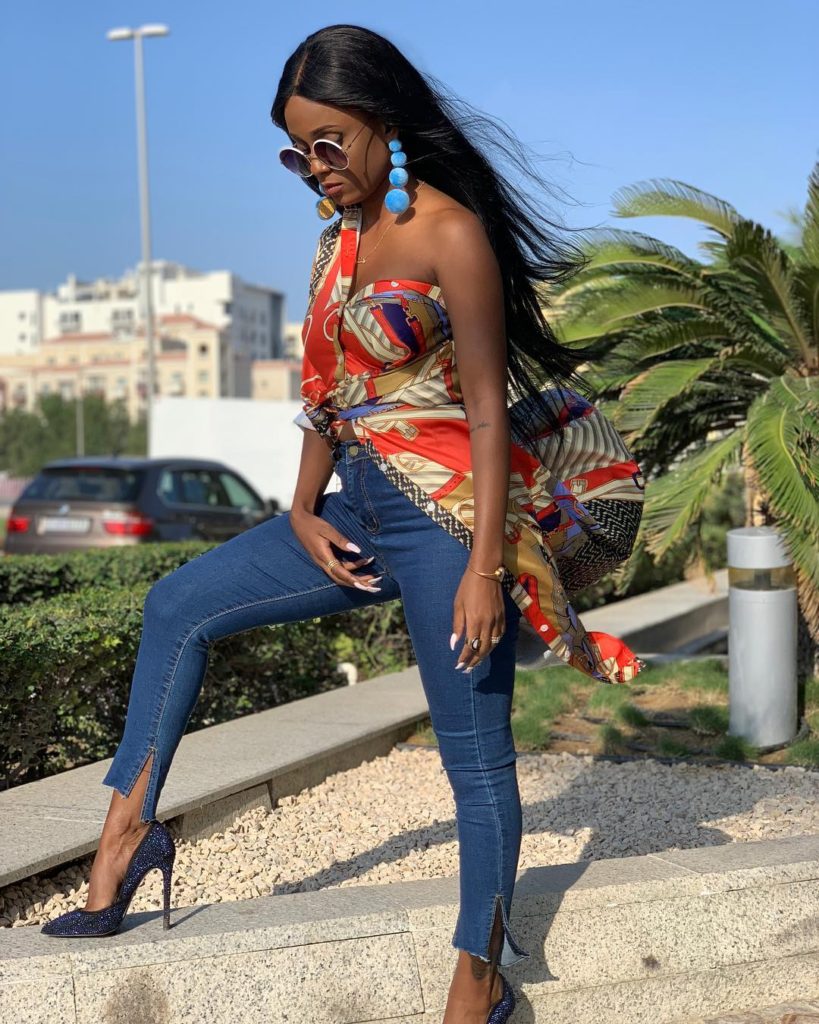 Vanessa Mdee is often fond of her edgy looks as she wears jean trousers with a silk fabric of different colors. However, the end is a timeless look that also makes a statement. 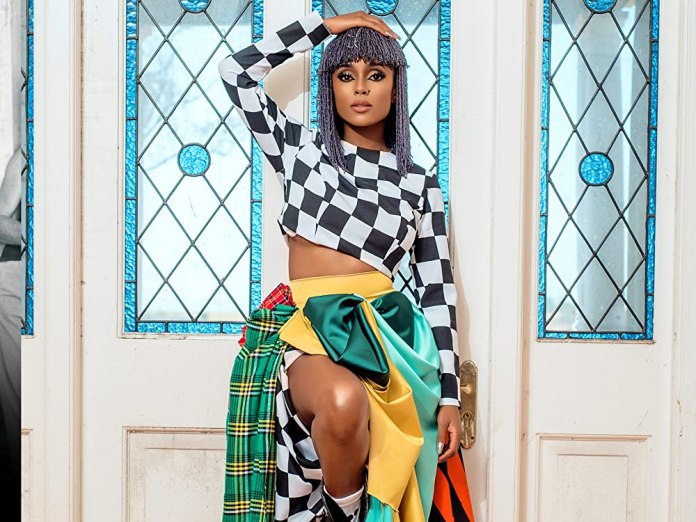 This intricate outfit is a distinct style with fabrics of different colors. Vanessa wears a black-and-white monochrome top, that gives her a distinctive and timeless look.

There is no doubt that Vanessa’s cinderella story is one for the books. Rotimi is so inspired by his real-life chemistry with Mdee. When asked what advice he would give other millennials who are looking for love but are jaded by the dating scene, Rotimi’s advice is succinct.

“I think first you’ve got to love yourself. I think that a lot of us skip that part. Once you love yourself it’s easy to find someone to love and love you as well.”