Eritrean-American, Ermias Asghedom aka Nipsey Hussle was shot multiple times on the 31st of March in front of a strip mall he was developing. However, the motive is still unknown. The sudden demise of the 33-year old rapper and father of two threw LA community and his fans around the globe into mourning. But, his death also turned the focus on his community transformation works. Hussle was an entrepreneur and an activist but many did not realize up until his death. Fans are now calling for a continuation of his legacy. Below are ten ways Hussle was positively transforming his community.

Gun violence is a great problem in Los Angeles. However, Hussle was already working with the LA police department to find a solution to this menace. In fact, Steve Soboroff, the LA Police Commissioner revealed Hussle had scheduled a meeting with the LAPD to discuss gun violence on 1st of April. Sadly, he didn’t live to see that day.

Our hearts are heavy over the loss of our brother, Nipsey Hussle. Rest In Peace. Our thoughts, love and prayers to his family and friends. pic.twitter.com/CxEPSem0fB

In an interview in 2018, Nipsey Hussle described his experience living within a neighborhood terrorized by gun violence.

“It was like living in a war zone, where people die on these blocks and everybody is a little bit immune to it. I guess they call it post-traumatic stress, when you have people that have been at war for such a long time. I think L.A. suffers from that because it’s not normal yet we embrace it like it is after a while.”

Hussle gave South LA’s 59th Elementary School money to get a new pair of shoes for every student. Hussle understood that education is the greatest gift that you can give any child. However, not every child understands the importance of education because of their limited experience and logic reasoning. Notwithstanding, incentives like a pair of shoes is what will keep some children longing for school. 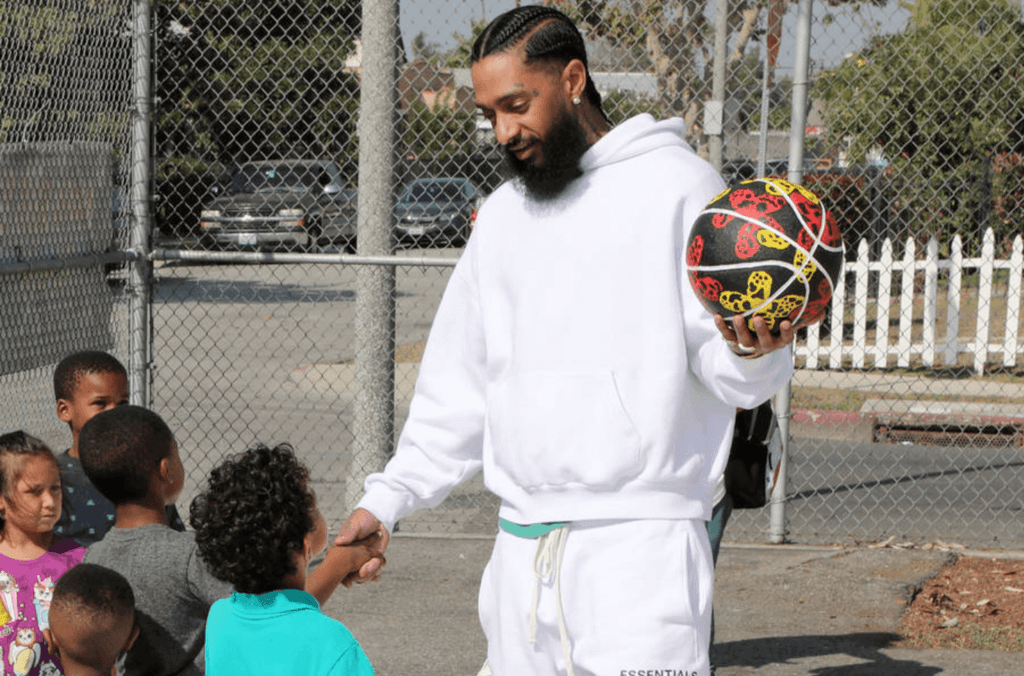 Nipsey Hussle partnered with Puma to renovate playgrounds and basketball courts in 59th Street Elementary School. In a 2018 interview with The Los Angeles Times Hussle explained his motivation for investing in educational infrastructure. He said,

“I remember being young and really having the best intentions and not being met on my efforts. You’re, like, ‘I’m going to really lock into my goals and my passion and my talents’ but you see no industry support. You see no structures or infrastructure built and you get a little frustrated.” 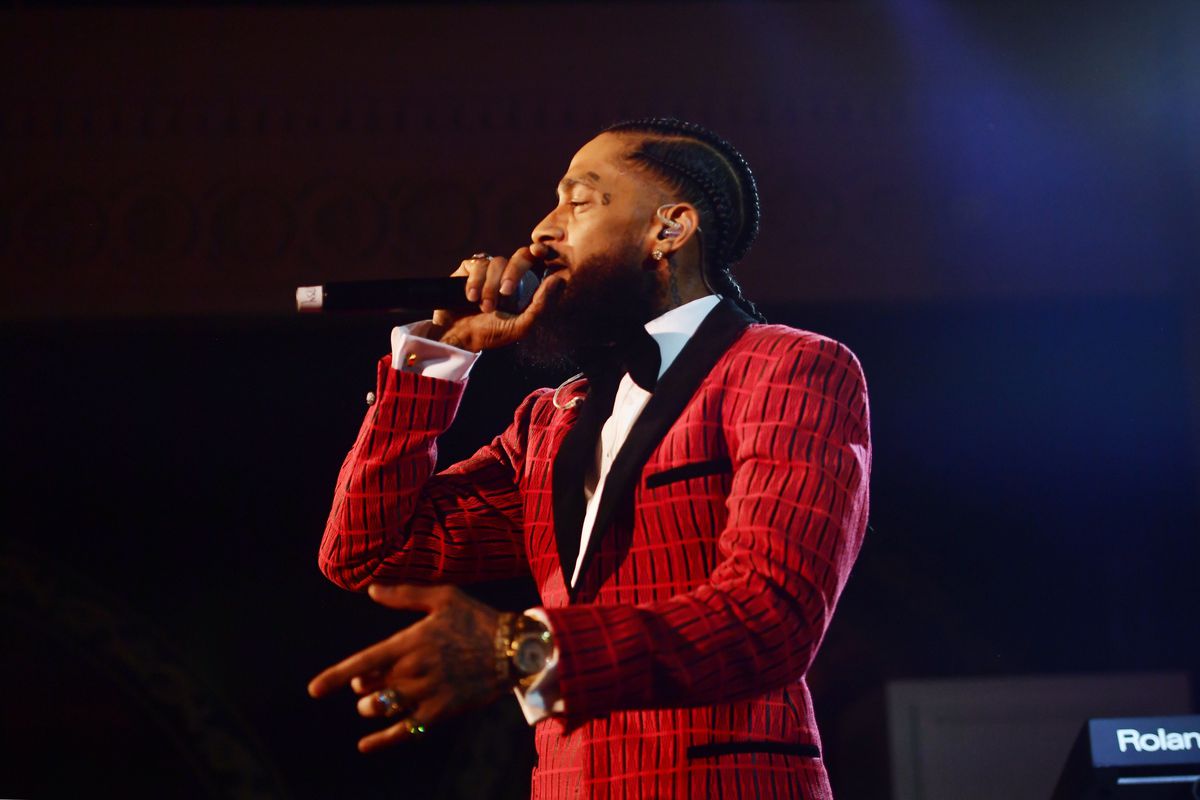 The lyrics of Nipsey Hussle’s songs were mostly laden with his gang experiences. He didn’t gloat over these experiences. Rather, he paints a gory picture of how life was paper thin as a way of discouraging others from strolling that path. His lyrics were relatable among street hustlers and this made him a local hero. The lyrics to one of his songs in his album ‘Victory Lap’ was, “Damn right, I like the life I built / I’m from west side, 60 … I might got killed / Standin’ so tall, they think I might got stilts/ Legendary baller, like Mike, like Wilt.” 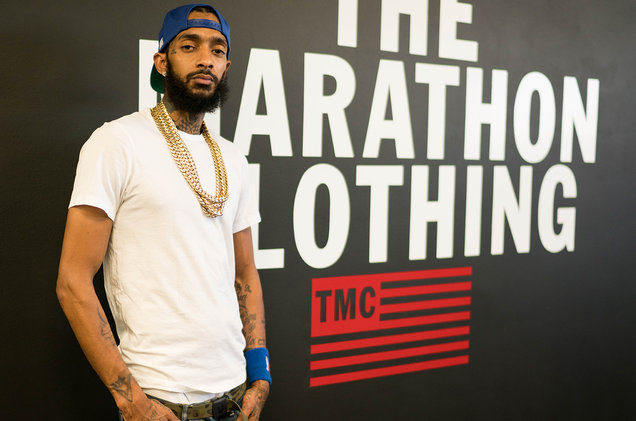 The Marathon Clothing is one of Nipsey Hussle’s investment in his neighborhood. It has now become a symbol of empowerment and commitment to a neighborhood famous for its violent penchants. It was in the same shop he sold 1,000 mixtapes at $100 each. People thought he was crazy until Jay-Z bought $10,000 worth of copies. This really helped him to launch his career. It was also in front of this store that his life was senselessly ended from gunshot wounds.

The flagship store had an overwhelming influx of orders after Hussle died. They closed their doors this week. However, their e-commerce site remains functional. They put out the following message on Instagram.

Nipsey Hussle’s investments and entrepreneurship drive in his community also gave him the opportunity to become an employer. Within hours after his death, an elderly man was in a video praising the rapper for giving him a job. This might appear to be a lone case. However, several others are also direct beneficiaries of Hussle’s persistence to build wealth. 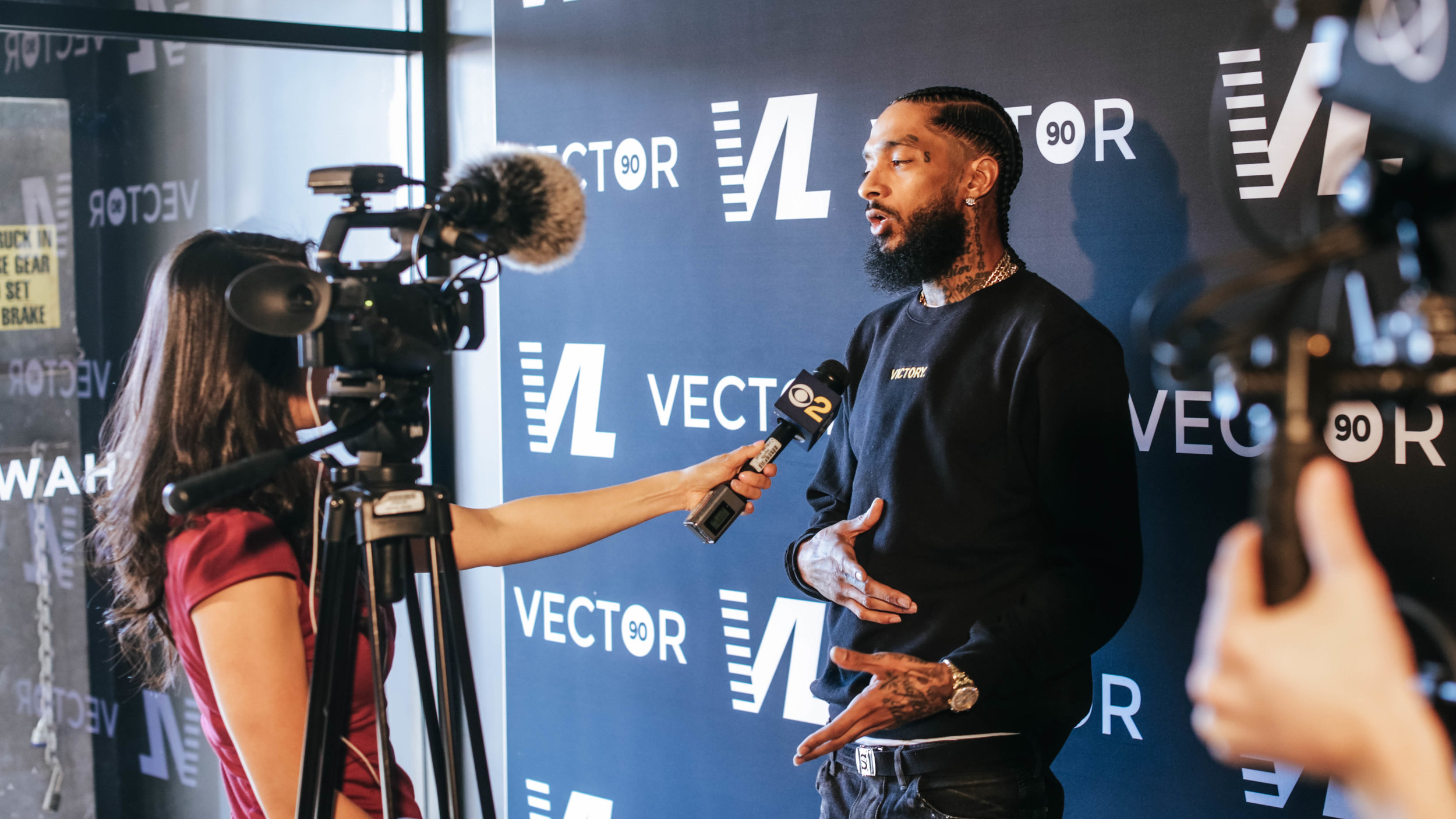 Vector90 is a 4,700 square foot shared working space with a kitchen, hot desk, private conference rooms, and several other amenities. Nipsey Hussle was part of the building of Vector90 in Crenshaw District. The shared working space connects young talents in impoverished communities with Silicon Valley opportunities. With as little as $20 you get a day pass that gives you access to all the amenities except the conference room. However, students and locals get huge discounts to use the space. Vector90 gives a diverse group of people the opportunity to meet, network, and collaborate.

Nipsey Hussle invested millions of dollars on a strip mall property on Crenshaw Boulevard and Slauson Avenue in a bid to bring jobs and black-owned businesses to South LA. Hussle and his business partner, Dave Gross were working on an initiative, ‘Our Opportunity’. Hussle told Forbes in February 2019 he wants to work with black community leaders across all the U.S. cities to create real estate hub and small businesses to benefit the black community.

Hussle was working hard to revamp the image of his neighborhood. Consequently, he was part of the Destination Crenshaw, an initiative with a 1.3-mile open-air museum for the exhibition of rotating and permanent art design reveling black culture and history. Furthermore, the project on Crenshaw Boulevard was to promote cultural experiences.

Nipsey Hussle was not only a rapper, or an Entrepreneur. He was a man determined to improve the situation of the community that he grew up in.

In what is perhaps his first on-camera interview, at the Russell Simmons’ Get Your Money Right summit in 2006, hip-hop journalist Davey D asked Hussle

“How come you not blingin’ and having all kind of crazy diamonds and all that?” To which Hussle replied, “I’d rather invest in some real estate”.
“So you trying to get land?” Davey D asked. “Exactly, homie, a real asset to take care of my people,” Hussle said matter-of-factly.

He had stayed focused in his short life, on a simple mission which he shared with Foxla in an interview that was published November 2018.

“We playing the long game. We don’t want the money to stop when we go. When we can’t work no more. We want it to outlive us, we want it to be generational,” Hussle said to FOX 11 reporter Leah Uk.

“I call it ‘dropping the rope’. You’ve got to drop a rope. Everybody got to climb up, but you gotta drop the rope.”

'I call it ‘dropping the rope’. You’ve got to drop a rope. Everybody got to climb up, but you gotta drop the rope.' - Nipsey Hussle Click To Tweet

His legacy was founded on this idea of pulling the community up by the bootstraps. He was determined to transform his community for the better and he put his money where his heart was.

When I first heard of Nipsey Hussle’s passing, I had no idea who he was. Then the news persisted and I started learning about the guy and I could not help but admire a man who was determined to ‘drop the rope’ and pull up his community. It is my hope that we are all inspired to drop the rope so others can climb whenever and wherever the opportunity arises. May his legacy live on in all of us who have been inspired by a young man gone too soon.