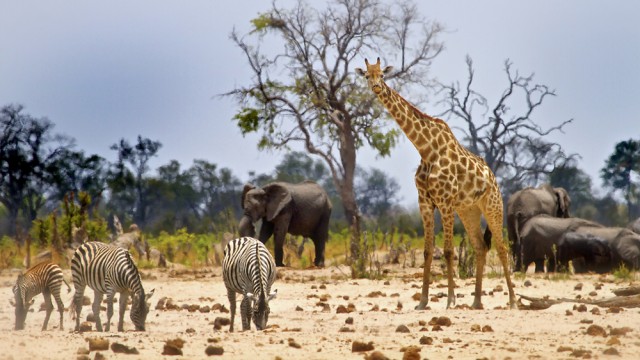 The African continent is often depicted in movies as possessing wild beauty. Often, we view scenes with rolling grasslands, spectacular deserts, and vast wildlife sanctuaries. One of Africa’s key sanctuaries known for its outstanding beauty is Hwange National Park, the largest reserve in Zimbabwe. However, this park is under threat from the mining intrusion.

ALSO READ: 4 South African Countries Want the Ban Of Ivory Sale Lifted And Here Is Why

During colonial times, Hwange was popular with hunters. However, in 1928 it was declared a Game Reserve. Thereafter, in 1950 it became a National Park. Lately, it is a focus for conservation and tourism instead of a hunting ground. The park is in the northwest area of Zimbabwe, close to the Botswana border. Covering an area of 14,651 square kilometers it is roughly the size of Belgium. Hence, it is among the 10 largest parks in Africa.

Hwange National Park is home to the ‘Big Five’, namely Lion, Leopard, Rhino, Elephant, and Cape Buffalo. The elephant population is about 40,000. Also, there are over 400 species of birds here.

Hwange’s rich coal deposit is a source of conflict between the wildlife, human settlements, and mining industries. About 75% of the mineral-rich land is under the protection of the Hwange National Park leaving only 25% for other activities. Humans living in close proximity are increasingly coming under attack from wild animals. Also, individuals and industries are eager to mine the rich land. This often leads to fatal clashes between humans and animals. Also, the mining activities are destabilizing the natural habitat of the animals. In the article ‘Coal Mining Fuels Human-Wildlife-Conflict in Hwange’ Simiso Mlevo said,

ALSO READ: 15 Of the Best Safari Experiences in Africa

‘’Generally, mining close to animal habitats pollutes the air, water, and foliage, and obstruct animal corridors. Noise from mines masks acoustic signals that animals rely on and, in doing so, hindering inter- and intraspecific communication among animals. Coal dumps result in perennial fires that have burnt animals in and around Hwange. In response, many animals change their behavior in an attempt to overcome the signal and cue-masking effects of noisy environments. Wounded animals are always dangerous. Animals can react to the noise by moving away from the source of the noise’’

It is reported that by March 2020, 28 mining licenses were issued in Hwange National Park. At least 10 of them were for coal mining activities. The environmental impact has been devastating and so has the cost of human lives. There is a significant increase in fatalities because of human-wildlife-conflict. Since January 2020, more than 50 people have lost their lives.

The role of Government in Safeguarding this National Heritage

Conservationists both local and international have been agitating for an end to mining activity in Hwange National Park. Early in September environmentalists were up in arms. News leaked that Chinese companies had been granted coal mining rights in the National Park. On 8th September, the Zimbabwean Minister of Information, Media and Broadcasting Services, Monica Mutsvangwa said,

“Mining on areas held by National Parks is banned with immediate effect. Steps are being undertaken to immediately cancel all mining title held in National Parks’’ 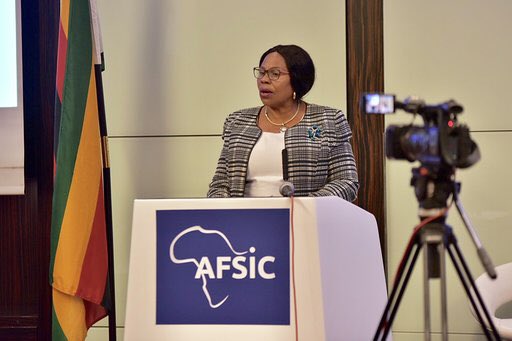 Zimbabwe is among the world’s top travel destinations. Hwange is one of the 26 game parks in the country. The tourism industry was one of the main foreign currency earners in Zimbabwe until 2008 when it began to decline. It was due to the land reform program which eventually led to political instability in the country. The crisis was further compounded by the withdrawal of flights by major international airlines.

The announcement by the minister is a positive sign and a win for conservationists. Perhaps, it is the first step towards rebuilding the tourism sector of the country. However, it may take more to return the country to the path of economic boom.