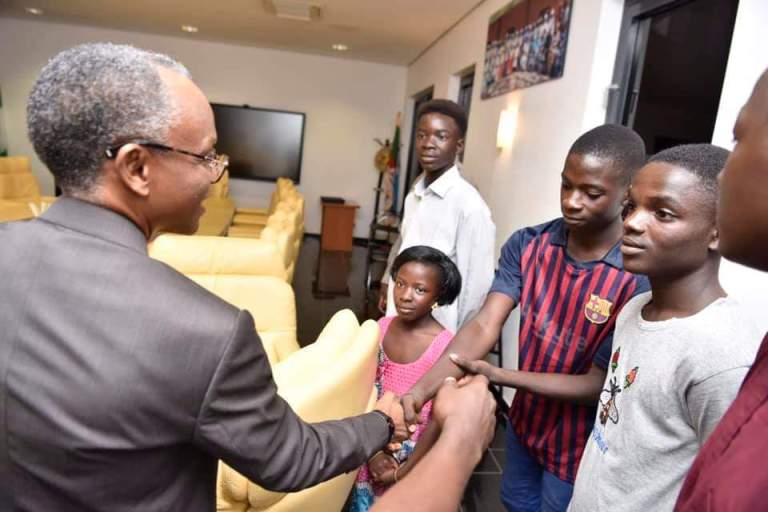 A group of eight teens who call themselves ‘The Critics’ are shooting sci-fi movies. Irrespective of financial difficulties, the teenage cousins are making use of their smartphones to shoot their movies. The teens hail from Kaduna State in northern Nigeria. However, without any formal filmmaking training, the teenagers learned how to create visual effects on YouTube. One of their posts on their Instagram handle read,

“We are teenage filmmakers and we made history by making the first sci-fi film in Northern Nigeria. Over the years, working on some projects have not been easy and we couldn’t work on some that we had in mind due to financial difficulties and no resources.”

ALSO READ: 20 South African Teens Build An Aircraft In 3 Weeks. This Is What They Want To Do With It

So far, The Critics have shot 20 short movies. Most of their stories are about superheroes, supernatural powers, and aliens. However, their works have attracted the admiration of Kaduna State Governor, Nasir El-Rufai. On Thursday, August 15, 2019, the young filmmakers met with the state governor who promised to support them. Consequently, the governor has set up a team of senior officials to work out the details of how to render help to their family.

How The Critics rose to fame

The Critics have been making movies for a long time. Their first movie, ‘Redemption” was shot in 2016 and took them 7 months. However, their big break came when one of Nollywood’s veteran filmmaker, Kemi Adetiba tweeted about them in June. Following the tweet, The Critics went viral. Consequently, Adetiba spearheaded a funding campaign to help the young filmmakers get better equipment. So far, they have donations of about $5,800 (approx. N2,110,000). In an interview, Godwin Josiah (19), a member of The Critics said,

“Well, the main aim was not for our stuff to go viral. We just wanted people to see that, okay, there are kids in Kaduna doing something different. So, that was just the main aim. It is all of a sudden just happening. It blew our mind and it made us happy.”

Besides getting accolades, recent attention has also led to a spike in their YouTube views. Their movie, ‘Z: The Beginning” which was uploaded in January has over 200,000 views. The sci-fi movie is about post-apocalyptic Nigeria.

How the group intends to change Nollywood

Inasmuch as Nollywood is among the top largest movie industries in the world, the stories often revolve around witchcraft, relationship traumas, and gang wars. The sci-fi genre remains unexplored. The Critics hopes to change this narrative with better equipment. Speaking on their future ambition, Josiah said,