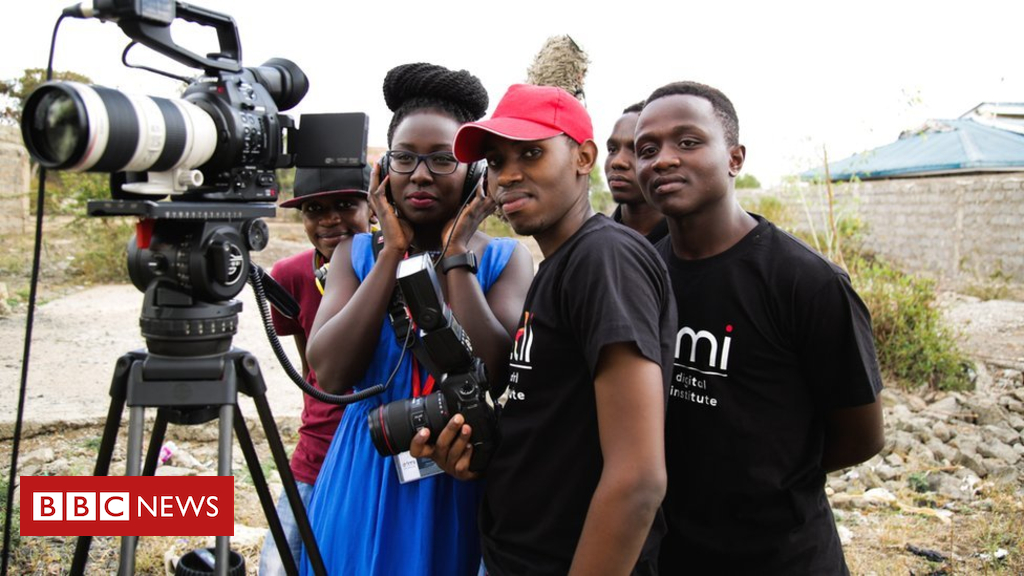 When we talk of African movies, Nigeria’s Nollywood snatches the headlines. However, there are other African countries who are not only doing great movies, but are vying for the highest recognition in the industry, an Oscar.

8 graduates from a film college in Kenya will be waiting nervously to find out if their film will take home an Oscar. These graduates of the Africa Digital Media Institute (ADMI) in Nairobi were part of the team making a movie nominated in the category of best short live-action film.

The film, Watu Wote (or All of Us), tells the story of a terror attack on a bus in Kenya by the militant group Al-Shabaab in 2015. In the attack, Muslim passengers protected Christians.

“I was at work when I got a call telling me we had been nominated,” says 22-year-old ADMI graduate Claire Njoki, who helped to design and build the film’s set.

“My mum was the first person I told and we cried together. I felt so good that we were able to tell that story about Kenya, it is every filmmaker’s dream to reach the Oscars.”

The short history of ADMI could itself be a script for a feel good film.

The film school’s founder, Wilfred Kiumi, grew up in a slum in Nairobi and developed a love of film after his uncle took him to a government-funded cinema.

He worked in a barbershop to make enough money to go to college.

But his ambition was to set up a film school which would give Kenyan students the full range of skills needed to succeed in the industry.

“At first people thought I was joking when I said I was trying to set up a school, but the more I talked to people about it the more they encouraged me and connected me to others who could help,” he says.

ALSO READ: Oscars 2020: Did The Academy Do Enough To Silence ‘White Oscars’ Critics?

Six years ago this month, the college welcomed its first intake of only five students.

Today, it has 350 students at a purpose-built campus in Narobi’s Central Business District, complete with well-stocked graphic design and animation labs, sound studios and post-production labs.

They study a two-year diploma which includes training in film and TV production, graphic design, journalism, sound engineering and animation, and an internship.

This is a broader curriculum than other film colleges and it is because Wilfred wanted to teach students to “produce, shoot and deliver all by themselves without having to rely on others”.

The ADMI’s leaders say the nomination for Watu Wote, which involves ADMI graduates and is directed by Katja Benrath of Germany’s Hamburg Media School, is a good start.