Many African countries are not at peace. While the cause of these unrests is varied, ethnicity remains at the top of the ladder. In a recent interview with Wode Maya, a Ghanaian YouTube star, Professor Patrick Loch Otieno Lumumba said the unity of Africa needs to be renegotiated. However, there is so much more to learn from the 18 minute-long interview.

Patrick Loch Otieno Lumumba is an eloquent Kenyan legal practitioner. Born in July 1962, the seasoned scholar has served at different levels in Kenya and beyond. For example, between September 2010 and August 2011, he was the Director of the Kenya Anti-Corruption Commission. He strongly believes that African politics should accommodate divergent voices and views. Professor Patrick Loch Otieno Lumumba has many local and international awards to his name.

Inasmuch as democracy is the dominant form of government in most African countries, one or two parties dominate the polity. Thus, even when there is a growing dissatisfaction with that party, they continue to win. Most times we blame it on electoral fraud. However, Patrick Loch Otieno Lumumba begs to differ.

According to the erudite professor, it is almost impossible to beat a party that has been in power for over 50 years in a free and fair election. He further explains that the oppositions are usually unpopular in rural settings. Also, there are usually multiple oppositions that they end up splitting their votes. Lumumba expressed delight that someone raised a similar view in a regional newspaper, The East African. According to the writer, for opposition parties to have a chance in a fair election they need to merge together into one party.

What is a realistic pathway to Africa’s economic growth? 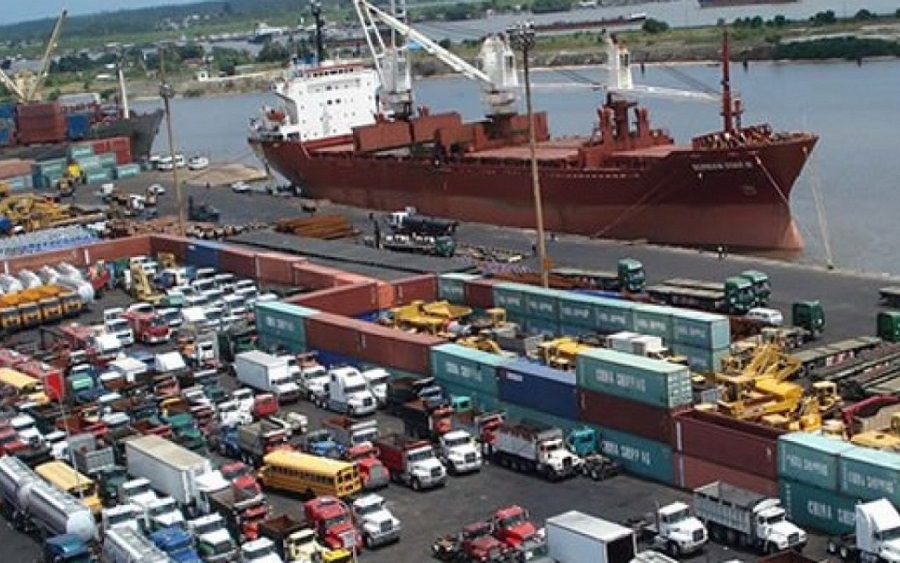 A bon mot said, “He who pays the piper dictates the tone”. It is hard for Africa to grow without a sustainable economy. Professor Patrick Loch Otieno Lumumba said there have been two approaches to achieving this. There is the Osagyefo Nkurumah approach which is also called the ‘big bang approach’. This approach believes in building the economy of the African continent together. Eventually, there is one big Africa and one big economy.

There is also the Mwalimu Nyerere approach which promotes building the African economy starting from the regions. By the time the different units are strong enough, they will merge into the African Union (AU). However, this will require strong political reform. For example, the regions can first start by adopting a common market. This can grow into a common currency. Thus, the regional economic communities become the building block while the AU becomes the roof.

Professor Patrick Loch Otieno Lumumba’s thought on what should be done to end conflicts and the rise of extremists?

Recall that the African Union declared the year 2020 as the year of silencing the guns. This was in the realization that no meaningful development can take place in the presence of violence. After mentioning the conflicts in different parts of Africa, Patrick Loch Otieno Lumumba said he believes a number of African countries must be renegotiated.

Perhaps, if governments of different African countries make unity attractive there will not be so many separatist agitations. For example, When John Garang was fighting for the dignity of the people of South Sudan, he accused the government of trying to Islamize the entire country. A similar problem is what is playing out in Cameroon. In Nigeria, there is the agitation by Mazi Nnamdi Kanu for the self-actualization of the Independent People of Biafra (IPOB).

Sadly, the Europeans love it when Africans fight. This is because it gives them the opportunity to take away the rich natural resources of the continent. Maybe, the African Union needs to change its strategy. Professor Patrick Loch Otieno Lumumba is suggesting the invitation of all rebel leaders to the AU meeting. Consequently, they can explain to the government what they want.

“The day that Nigeria wakes up, Africa will be great”

This is a recent quote by Professor Patrick Loch Otieno Lumumba that quickly went viral. When asked what he meant Professor Lumumba said there are more Nigerian doctors in the UK and the USA than in Nigeria. He describes Nigeria as the heat. Furthermore, he made mention of the #EndSARS and how it is the youth’s way of expressing their dissatisfaction.

His explanations are logical considering the size of Nigeria’s population. According to Professor Patrick Loch Otieno Lumumba, if Nigeria becomes great, it will become a magnet. Furthermore, he stressed that Nigeria should be renegotiated to put an end to the ethnic tensions. The dialogue will help to restructure Nigeria in a way that makes it sustainable. You can watch the full interview below.

Obviously, Professor Patrick Loch Otieno Lumumba is not the first to make suggestions on how to ensure the growth of Africa. In fact, Most Africans at home and in the diaspora can give a long list of how to fix the continent. The big question is, what is stopping African leaders from implementing some of these recognitions? Feel free to share your thoughts in the comment box below.

Our readers react on social media

We shared Professor Patrick Loch Otieno Lumumba’s thoughts on different social media platforms. The reactions were pretty interesting. While many people agree with the professor, others have a different view. See some of the reactions below from our readers on social media. 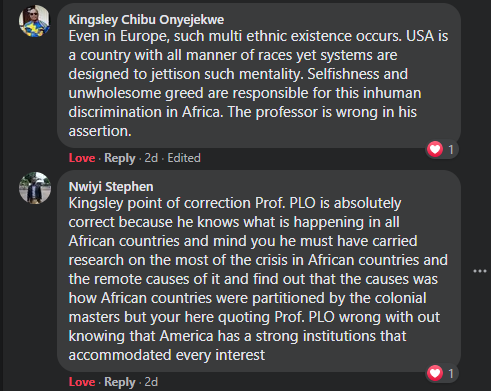 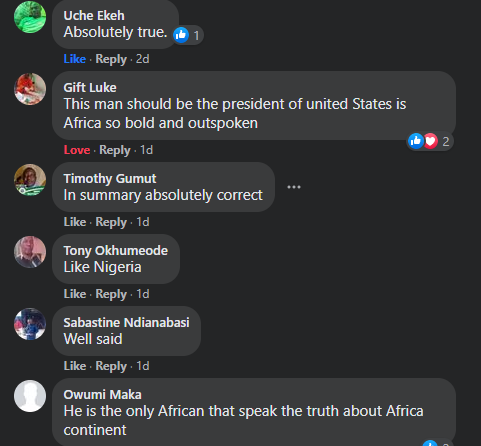 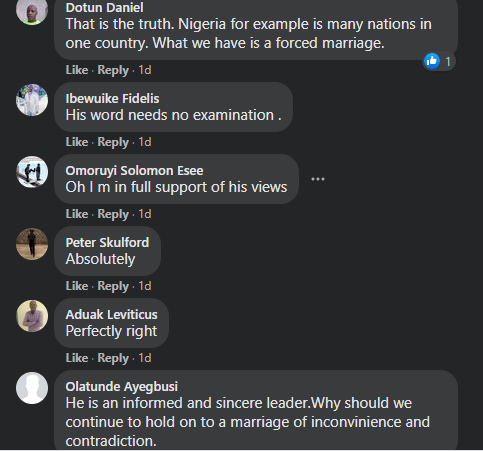 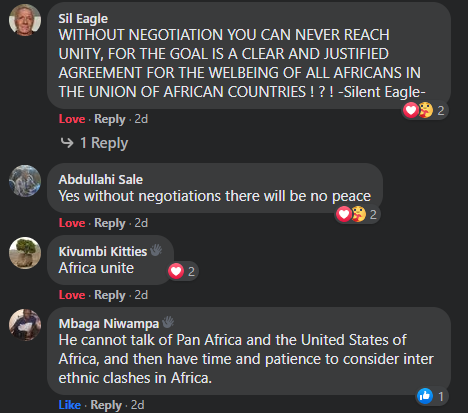 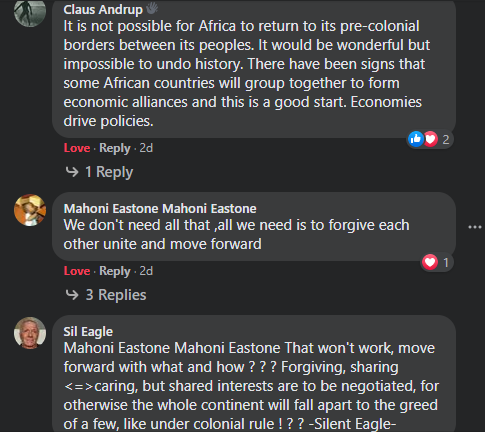 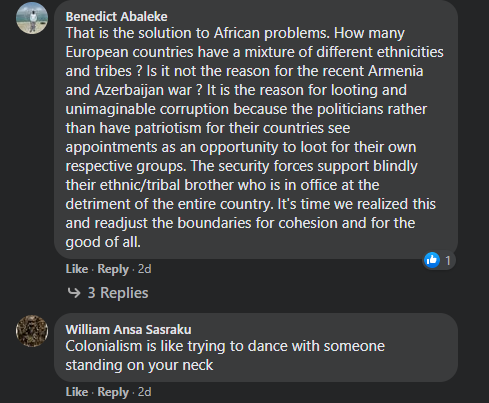 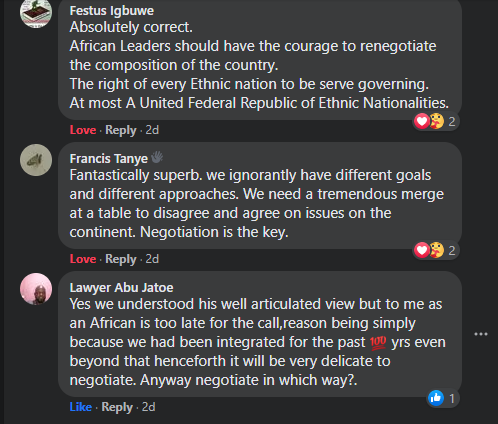 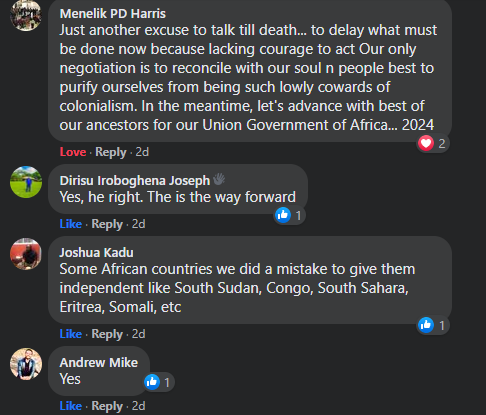 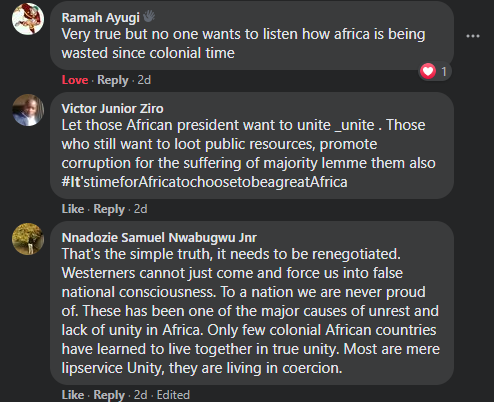 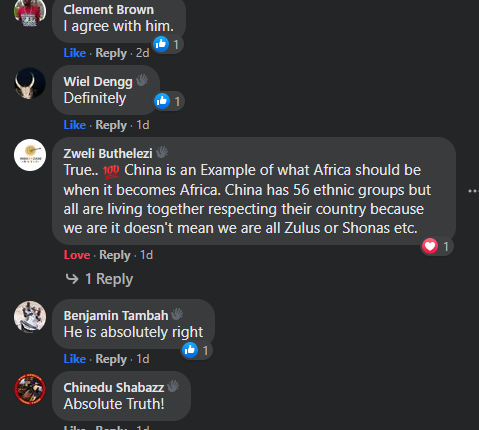 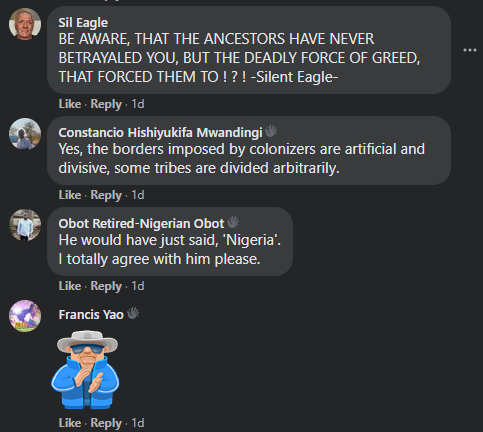 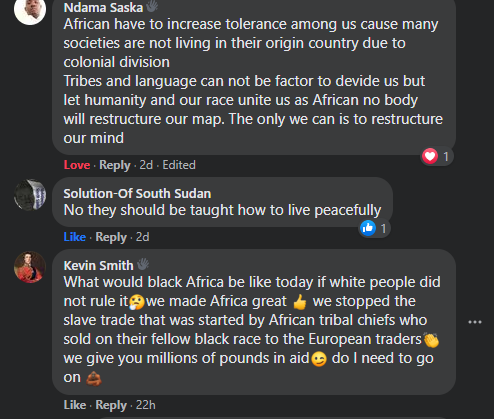 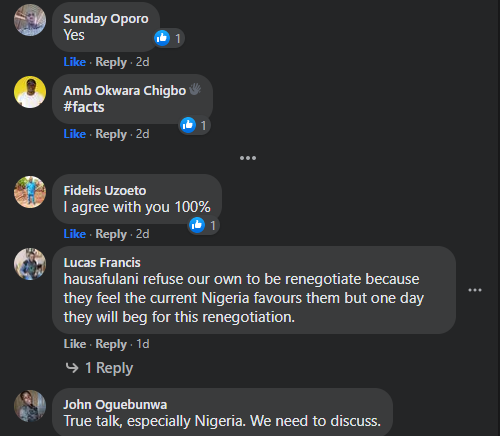