Freedom of speech, freedom of the press, and freedom of religion are 3 key civic rights of any individual. The biggest threat to civic freedom in modern history was inspired by the outbreak of the COVID-19 pandemic. Nevertheless, restrictions on civic freedom was already a concern in various parts of the world before the coronavirus outbreak. Some leaders are hiding under the fight of coronavirus to further stifle civic freedom. Today, there is an alarming rise in the frequency of rights violations.

According to CIVICUS, detention of journalists is the most prevalent form of violation. CIVICUS is a global alliance of civil society organizations. Notwithstanding the pandemic, African leaders must ensure that curfews and bans on social activities are not used to exact unnecessary control over citizens. Declining civic freedom is often an indication of impending violence.

CIVICUS is a thorough mix of organizations and activists from all across the globe. They monitor civil matters, thanks to over 9,000 dedicated members from about 175 countries. The alliance was founded in 1993 and has its headquarter in Johannesburg, South Africa. As a result of its good work, it exposed instances of disruption of protests, intimidation, and arrest of peaceful protesters among others.

The rigorous work of monitoring civic freedoms is not handled by just any group. CIVICUS and many other efficient organizations like the International Centre for Not-For-Profit Law (ICNL) use different methods to observe, register, and track data. Consequently, this includes partnering with human rights groups.

CIVICUS Monitor is a resourceful research tool for tracking civic spaces. Its widespread use is due to the fact that the monitor provides data almost in real-time, and does so for 196 countries. In addition, the tool presents simplified ratings of either open, narrowed, obstructed, repressed, or closed for each country. Statistics from the monitor rate 2 countries in Africa as open, 6 as narrowed, 16 as obstructed, 22 as repressed, and 8 as closed. CIVICUS Monitor also presents a watch list of countries with very concerning civic space issues. 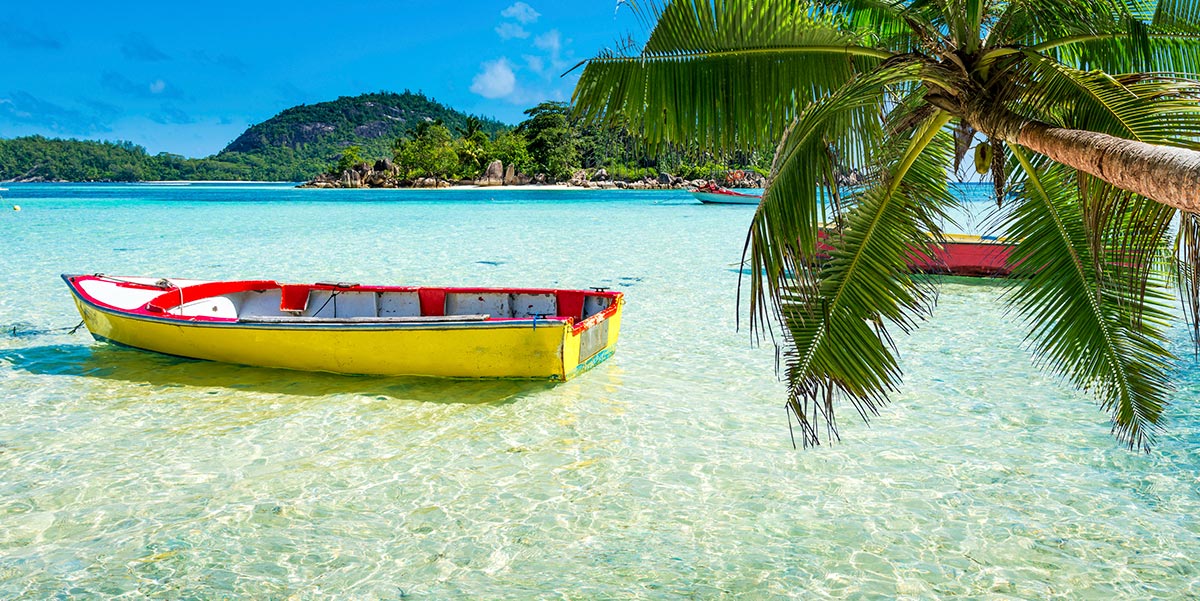 Cape Verde sits on the northwestern coast of Africa. CIVICUS Monitor ranks this island nation as open. Reports on expression in the region describe the media sector as small but dynamic. The COCVID-19 civic freedom tracker puts the African nation on the list of countries with emergency declarations. However, the tracker exempts it from lists of countries with measures that affect expression, assembly, and privacy.

Sao Tome is another island nation in Africa close to the equator. Civic freedom is considerably high based on its open ranking by CIVICUS Monitor. An overview states that CSOs receive good treatment despite being in an “embryonic stage”.

South Africa is making some progress in its civic space. It ranks as narrowed on the popular CIVICUS Monitor. However, latest updates highlight protests against unemployment and CSOs faulting COVID-19 disinformation. The COVID-19 civic freedom tracker puts the country on all four lists as a result of measures that affect assembly, press freedom, privacy, and incidences of police brutality during COVID-19 lockdowns.

Mauritius ranks as narrowed by the CIVICUS Monitor. An overview talks of a diverse civil society as well as a national human rights institution. The COVID-19 civic freedom tracker enlists Mauritius only for measures that affect privacy.

The latest update on CIVCUS reports a threat to ban journalists by the Speaker of Parliament. This puts Ghana in the narrowed rank. The COVID-19 civic freedom tracker recorded issues on assembly, press freedom, and an Imposition of Restrictions Act. 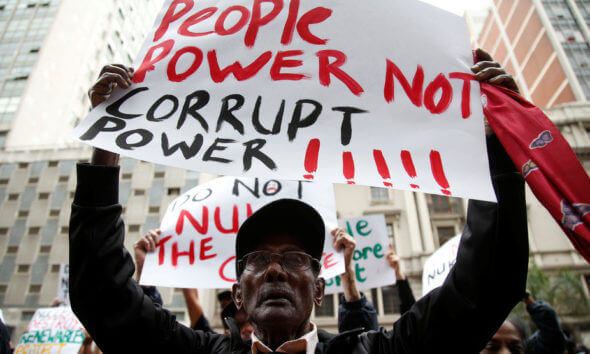 Despite the improved ranking, Botswana is reported to have issues regarding freedom of expression. Thus, the country is enlisted for issues of emergency, disinformation, and restrictions on assembly.

Namibia has had a series of protests recently against rising cases of gender-based violence. An 0ct0ber 10, 2020 protest tagged #ShutItAllDown was forcefully dismissed according to a report by CIVICUS. The country is therefore rated narrowed for issues with emergency and assembly.

According to the CIVCUS Monitor, Seychelles is the last of six countries rated narrowed. According to the COVID-19 civic freedom tracker, the only issue it has is the measures that affect movement.

Benin is down by one in its civic space ranking. It is ranked obstructed. This is due to issues on assembly. We sincerely hope that this West African country will bounce back to its winning ways.

Kenya made it to the list of top 10 African countries experiencing a good level of civic freedom. This is evident in its ranking as obstructed. Nevertheless, there are concerns bordering on freedom of peaceful assembly, expression, and association.

The West-central African country is ranked repressed by CIVICUS Monitor. Recently, armed attacks and the arrest of protesters on 22nd September 2020, are some of the most concerning developments.

Niger is another country in West Africa with a repressed ranking. Civicus Monitor reports protests by civil societies. The COVID-19 civic freedom tracker is concerned about issues regarding emergency.

Nigeria witnessed widespread protest tagged #EndSARS. This is because of increasing police brutality. Thus, the country ranks as repressed multiple times for issues on assembly, movement, militarization, and privacy.

#4 Democratic Republic of the Congo

The Democratic Republic of Congo is also ranked repressed. Civicus Monitor reported a ban on civil society protests in the country. The country also has issues with measures that affect assembly.

As shown on the CIVICUS Monitor, civic space is repressed in Rwanda. According to Civicus Monitor update, the government continues to target oppositions. Also, the government frequently acts against the expression of political views. The COVID-19 civic freedom tracker makes mention of Rwanda regarding measures restricting assembly and movement.

South Sudan is one of the 8 African countries ranked as closed. The country is battling with human rights cases and armed attacks as this CIVICUS update explains.

Ranked as closed for reasons including the killing of journalists, Libya is experiencing a severe civic space crisis. The COVID-19 civic freedom tracker only records the country as having issues related to movement.

For the fourth consecutive year, at least 250 journalists are imprisoned globally, @pressfreedom reports.

Of 39 journalists jailed in Sub-Saharan Africa on the census date (December 1), the bulk remain in #Eritrea and #Cameroon was second worst. https://t.co/yrb1Sfypu1

Eritrea is ranked as closed. The Eastern African country has multiple reports of forceful labor and jailing of journalists. Fighting in neighboring Ethiopia is also a concern as expressed by the International Crisis Group. The COVID-19 civic freedom tracker highlights worrying restriction of movement and assembly in Eritrea.

Egypt is a country in North-Eastern Africa with a rising number of complaints from Human Rights Defenders (HDRs). The North African nation has a closed civic space ranking. Al Jazeera reports that one of its journalists has been detained since December 23, 2016, without a trial or conviction. The COVID-19 civic freedom tracker mentions Egypt for issues of misinformation, press freedom, access to information, militarization among others.

Burundi is another African country in the closed civic space. CIVICUS updated calls by civil society groups to free journalists. International Crisis Group tells of political tension and a growing crisis in the region.

The Drastic Effects of Any Further Civic Decline in Africa

Africa cannot bear any further decline of its civic freedom for obvious reasons. Firstly, issues of insurgency in the region are already overwhelming. Also, there are lingering cases of gender-based violence and political tensions. Some African governments lack the transparency and skills to effectively resolve disputes. This is why the continent must avoid escalating social tensions. 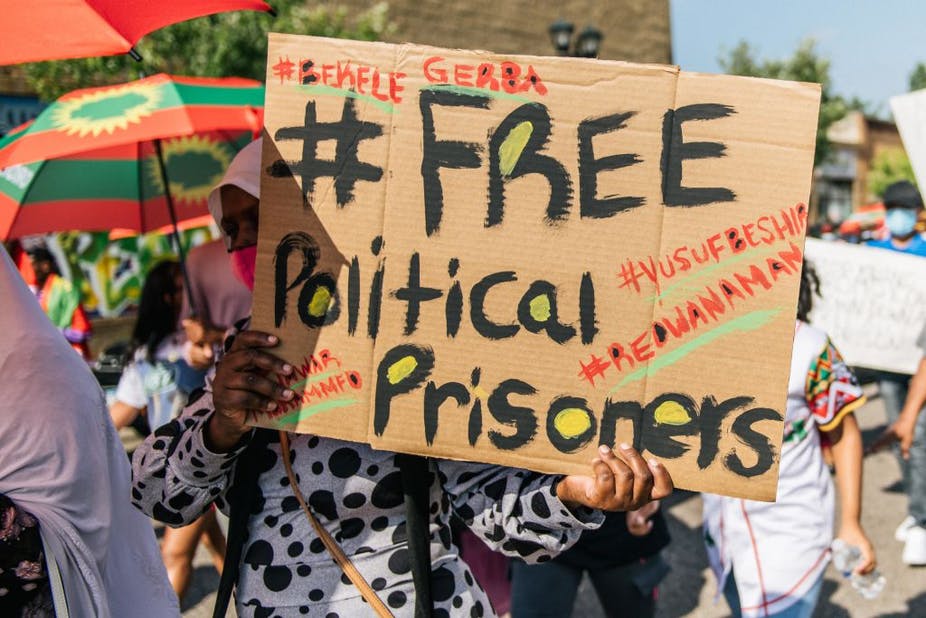 Also, violence in one country easily spills into another. A few examples include the Boko Haram insurgents in Nigeria spilling into Cameroon and Chad. More recently, the conflict in Ethiopia’s Tigray region has spilled into neighboring Eritrea with a refugee crisis in Sudan.

However, there is another downside to civic decline in Africa; the economy. Disagreements between governments and citizens often lead to street protests. This in turn steals from the productive working hours of the citizens. Economic activities suffer and so does the economy. Civil unrest is often the end product of persistent and unresolved threats to civic freedom. The crisis in Ethiopia’s Tigray region is a sad example of how quickly matters can spiral out of control.

Tackling the Issue of Declining Civic Freedom in Africa

Freeing Africa from the chains of civic restraints will require conscious and resolute actions. Consequently, there is an urgent need for many African countries to consider constitution review. Many draconian laws like the restriction of free speech need to change. Also, the restriction on social media—particularly during elections—must stop already.

In general, African leaders have the bulk of responsibilities. Leaders must ensure that their governments interact with bodies responsible for promoting the rights and freedoms of citizens. In fact, many African nations practice democracy in theory. When it comes to practice, it is dictatorship or autocracy. Africans need to witness freedom of self-expression which is one of the core tenents of democracy.