The African UFC (Ultimate Fighting Championship) fighters are not popular personalities in Africa. In fact, very little people know what UFC is all about. Therefore, it is not surprising that Africans who desire to participate in this sport have to think of going abroad. Interestingly, Africans seem to be dominating the UFC. Winning in UFC fights is calculated by points. Points are counted by three available judges and cumulated after the game. The outcome can go in one of three ways namely;

We believe these Africans deserve recognition too. Therefore, we have curated a list of the top 10 best African UFC fighters in the last decade. The ranking criteria were titles they held and for how long. 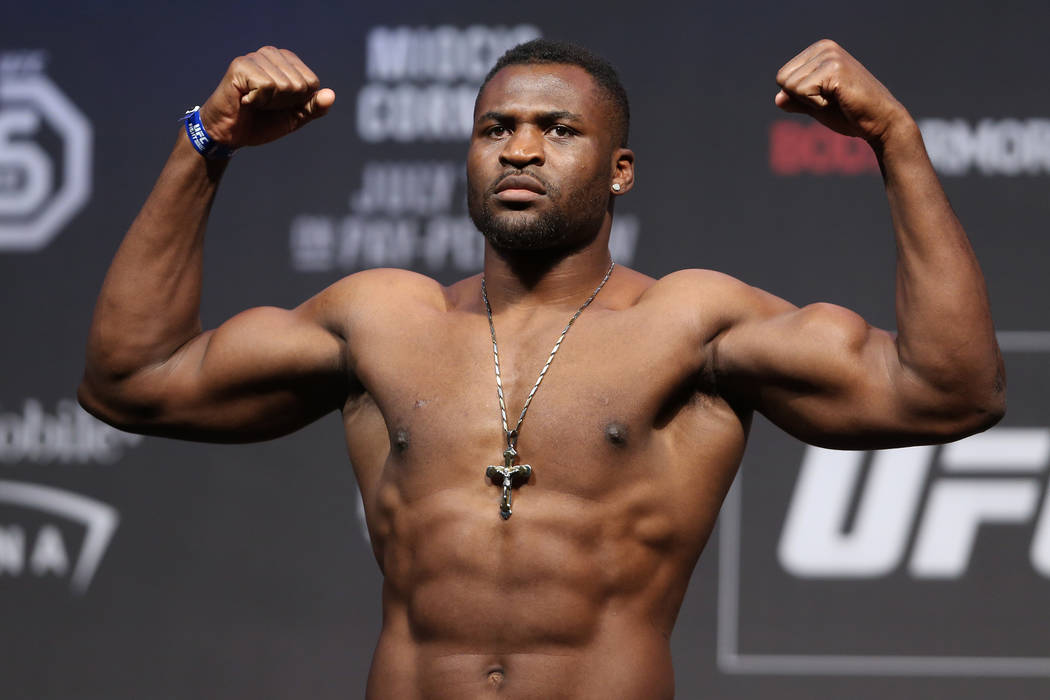 Francis Ngannou (Nickname: Predator) is one of the strongest punchers in the history of UFC. He is a Cameroonian martial artist who secretly went to France when he was 26 years old to pursue his boxing dream. Francis Ngannou defeated Rachid Benzina in his first fight on November 30, 2013, via submission. He also had six victories in a row against great names like Bojan Mihajlovic, Curtis Blaydes, and Andrei Arlovski. Francis Ngannou is the only man on the list of the best African-born UFC fighters that reached the UFC final in the heavyweight category. 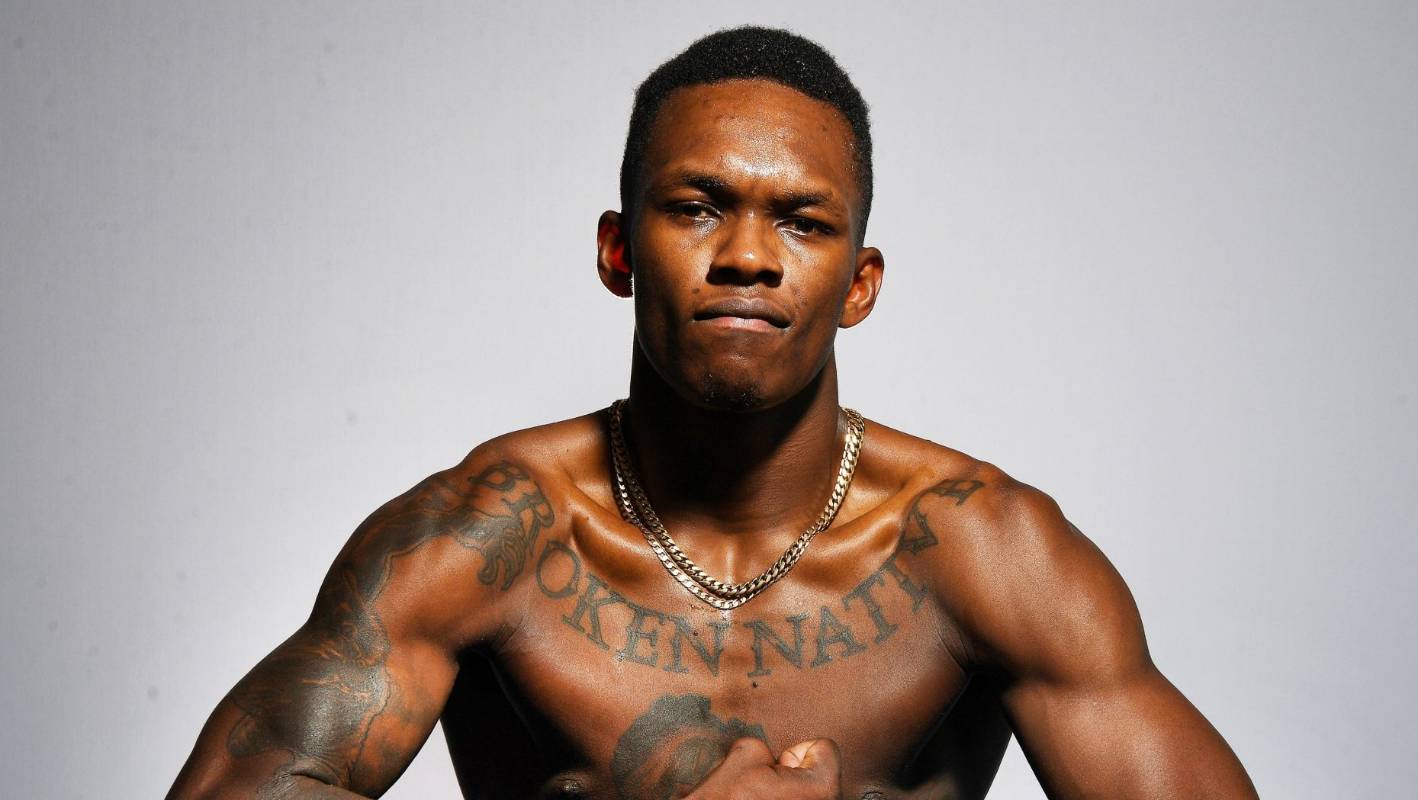 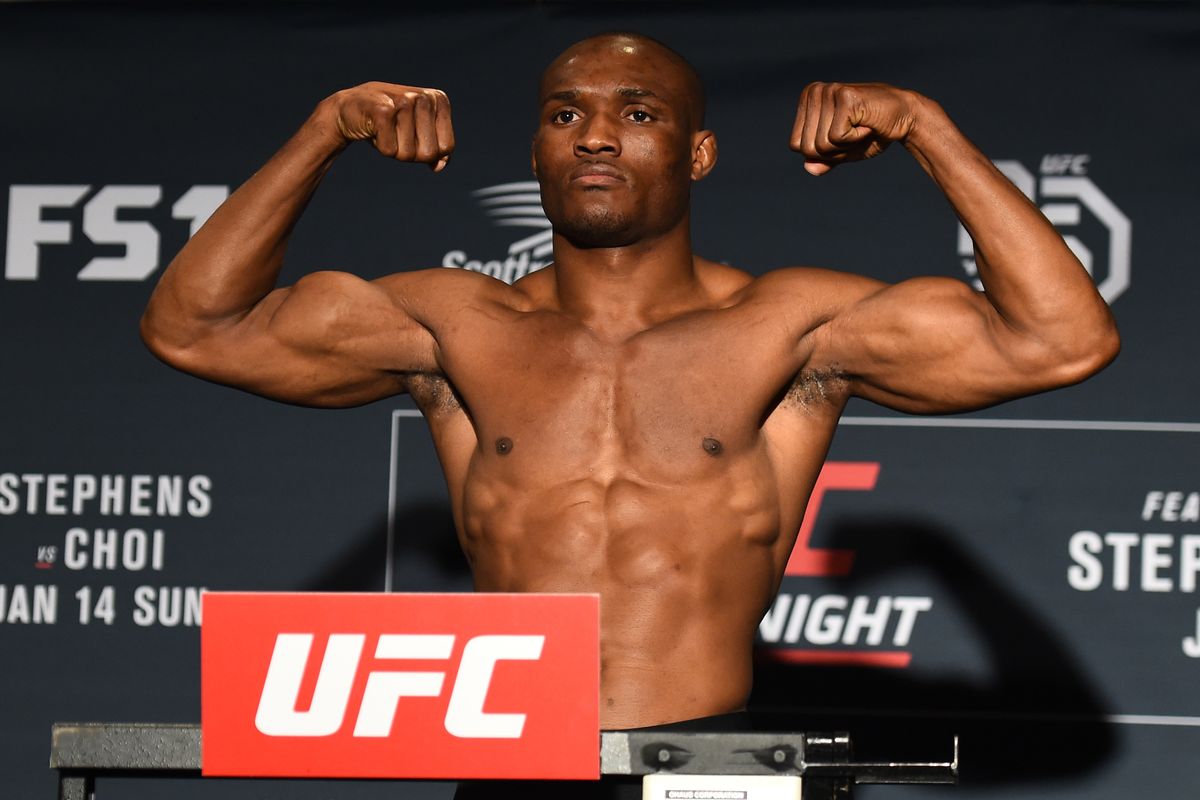 Kamaru Usman was born in Benin City, Nigeria. He moved with his family to United State where he competed in NCAA Division II wrestling when he was eight years old. Kamaru a.k.a Nigerian Nightmare is a man with superb wrestling and clinches qualities. The nickname Nigerian Nightmare is because he is not an opponent other fighters would like to meet inside the Octagon.

Kamaru Usman was the crowned champion of the TUF 21 Welterweight tournament on July 12, 2015, with an MMA score of 14-1. In UFC, Usman scored nine wins and zero loss. He defeated big names like Leon Edwards, Demian Maia, and even the former UFC Lightweight champion Rafael dos Anjos. Kamaru Usman has made many accomplishments in his fighting career such as: 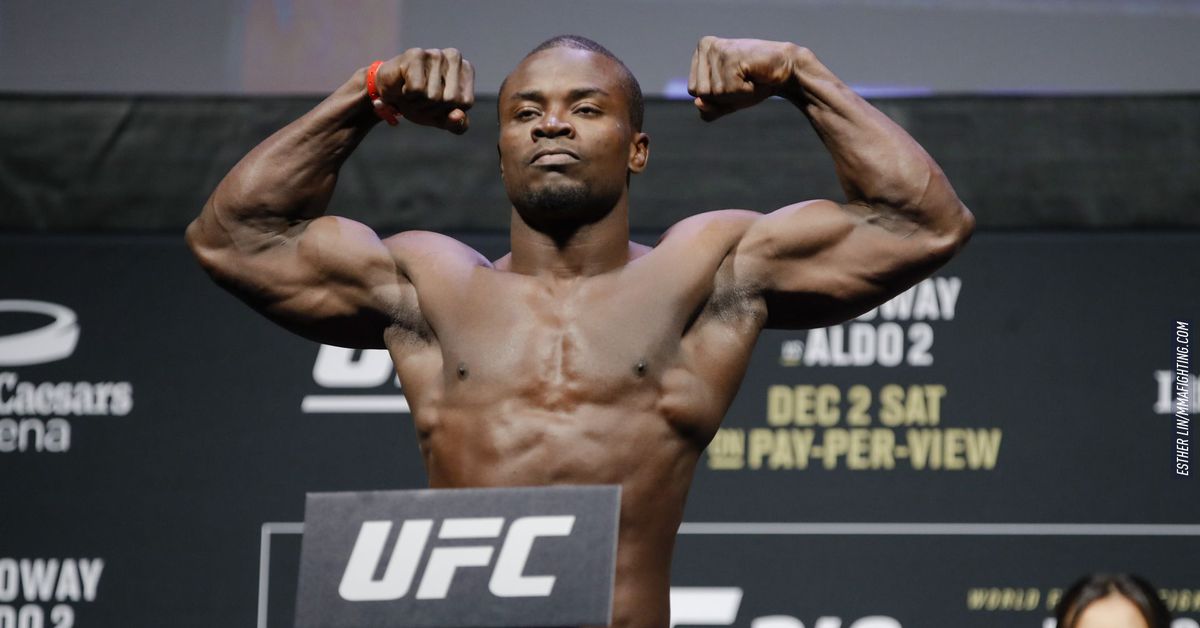 Abdul Raza Alhassan is one of the best mixed-martial artists from Ghana competing at the UFC Welterweight division. He was born in Accra, Ghana. Alhassan was nick-named Judo Thunder when he participated in Judo and earned a black belt before changing to MMA. Abdul has a UFC score of 4 wins to 1 defeat and won Performance of the Night (two times) in the process.

Abdul Raza Alhassan has defeated great names like Niko Price, Charlie Ward, and Sabah Homasi. He also fought at Bellator and Legacy Fighting Championship. His only defeat was to Omari Akhmedov through split decision at UFC Fight Night 109. All his winnings came in at the first round via KO or TKO. He is one of the strongest fighters in the Middleweight division, and one of the best African UFC fighters. 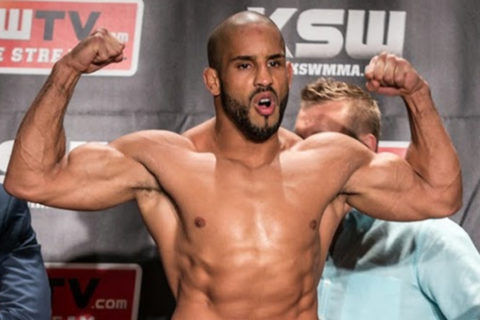 Abu Azaitar is an African UFC fighter from Rabat, Morocco. He competes in the Middleweight division. Abu Azaitar was given the nickname Gladiator because of a UFC match where he had a unanimous victory over Vitor Miran. He is a good fighter with an MMA score of 14-1. Azaitar fought in lots of various promotions—KSW, SFC, RFC, WSOF, and many others. Abu has not lost a match since 2012. 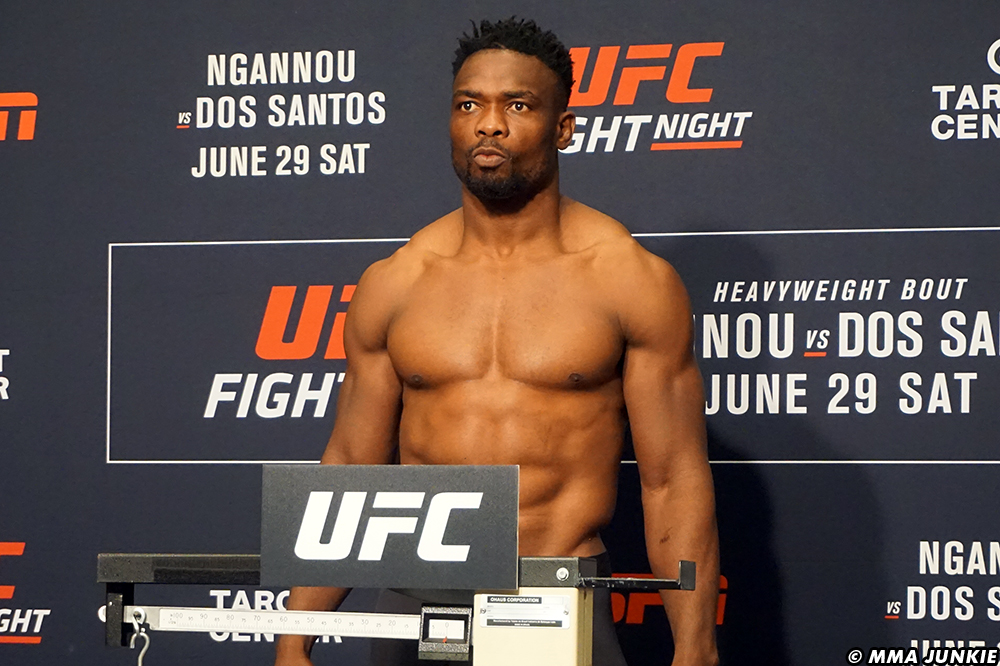 Dalcha Lungiambula is a lightweight and heavyweight African UFC fighter born in Cape Town, South Africa. He is known for his quality fight skills and strength. As a result of his quality fighting skills, Dalcha won the lightweight champion title fight via TKO. He holds a superb record of ten wins to one defeat. Dalcha is also known to show love for his family publicly after any fight. 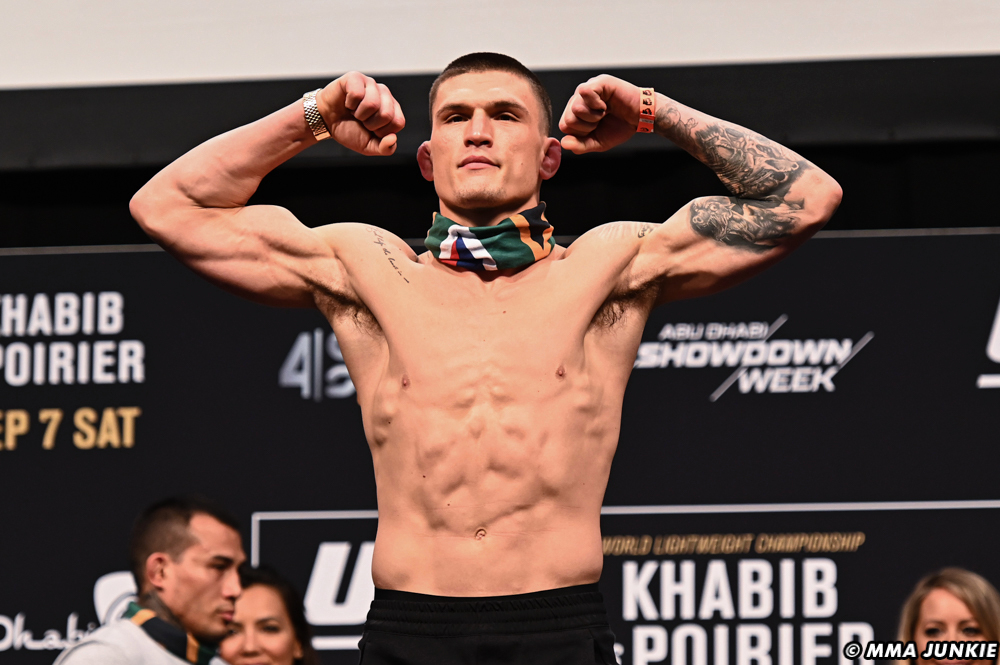 Don Madge is a lightweight African UFC fighter born in Cape Town, South Africa. He is nicknamed Magic Man as he holds a superb pro-MMA record of nine wins, three losses, and a draw. He is known for his quality fight skills and strength. 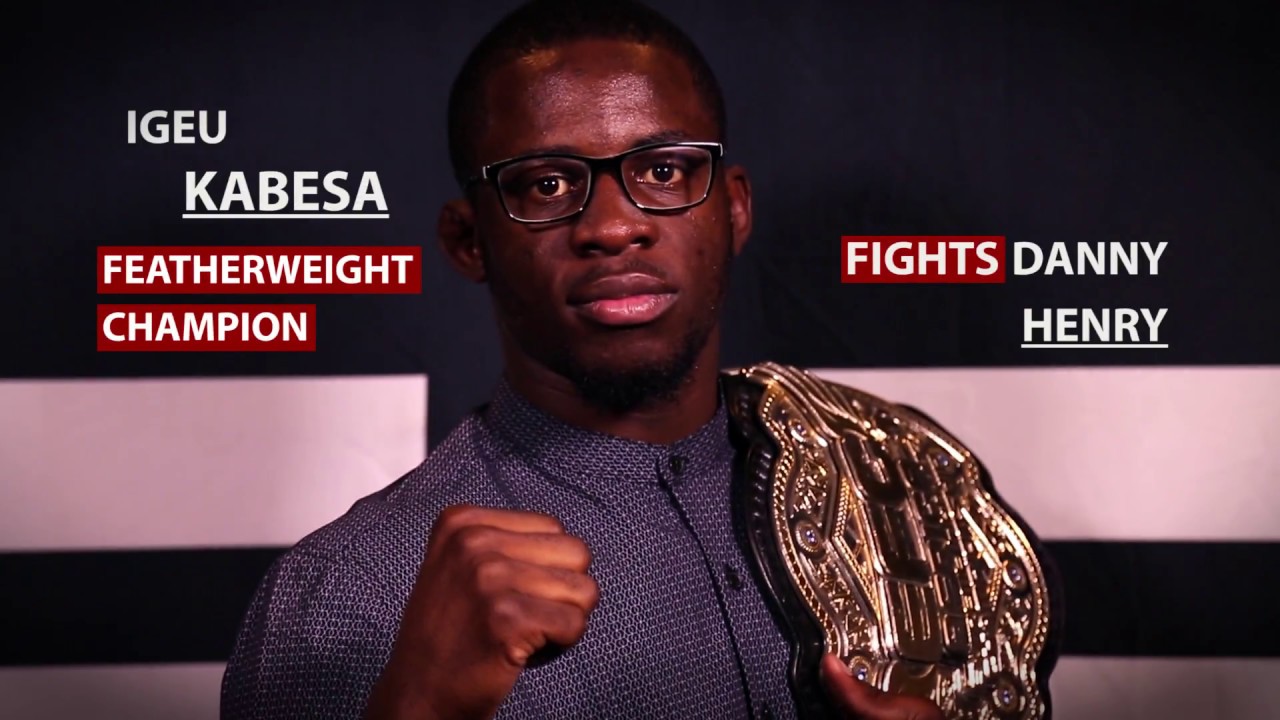 Igeu Kabesa is an African UFC fighter born in Johannesburg but lives in Germiston with his wife and kids-both South Africa. He started his fighting career by joining a wrestling school at the age of eight after he saw MMA on TV. After achieving a superb record of ten wins without losing in the Amateur stage, he made his pro debut.

Starting his pro career at lightweight, he won the EFC title in the featherweight division with seven wins and no loss. Later, he came back to fight Henry, this time getting caught by a D’Arce losing for the first and only time of his career. It was a setback for him even though he regained the EFC featherweight title and has defended it twice. Kabesu only fights in South Africa for the EFC promotion but has staked his claim as one of the best pound-for-pound fighters in the world. 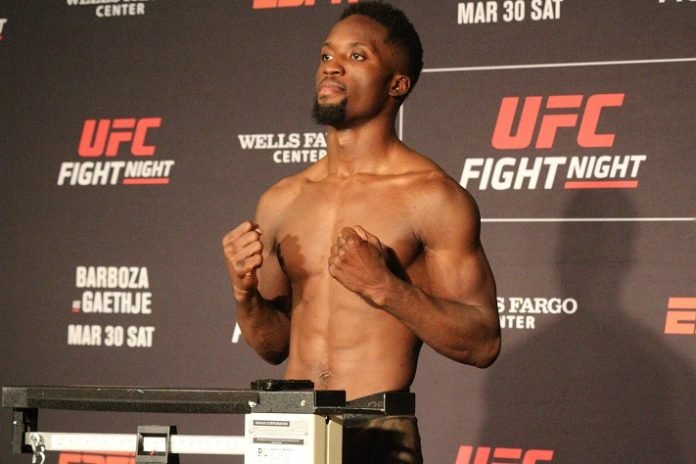 African UFC fighter Sodiq Yusuff began his fighting career in MMA in the year 2016. After some fights, he joined Dana White’s Tuesday Contenders series in 2018. He won the fight to secure a place in the UFC. In December 2018, Sodiq made his debut appearance at dos Santos vs Tuivasa. He won the fight in the fight round. Sodiq had his second appearance in 2019 against Sheymon Moraes. Again, he won the fight. Overall, Sodiq has so far had 12 professional fights with 11 wins and a single loss. 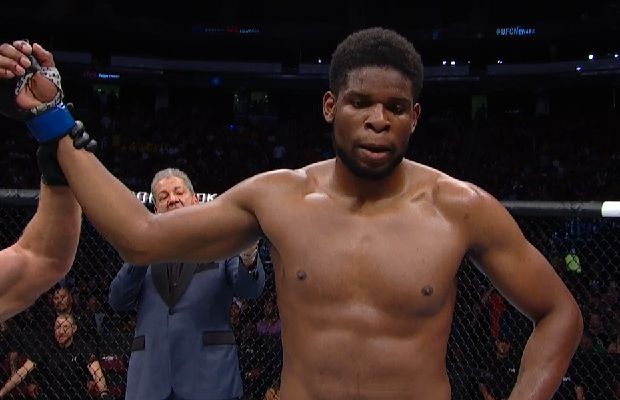 An African UFC lightweight fighter Kennedy Nzechukwu was born on June 13, 1992, in Texas, USA. He made his Octagon debut on August 22, 2017. Nzechukwu trains at Fortis MMA. Currently, Kennedy Nzechukwu’s record is seven wins, a draw, and zero loss as of August 2020. Kennedy Nzechukwu’s last fight was against Darko Stosic at UFC Fight Night which he won by Unanimous Decision in round 3.

At the beginnings, UFC was attractive on American soil only. Now, African UFC fighters are growing and dominating the UFC Heavyweight division. Inasmuch as the sport is still a bit alien in Africa, the audience is growing rapidly. Do you find UFC interesting? What is your best sport? Share your views in the comment box below.