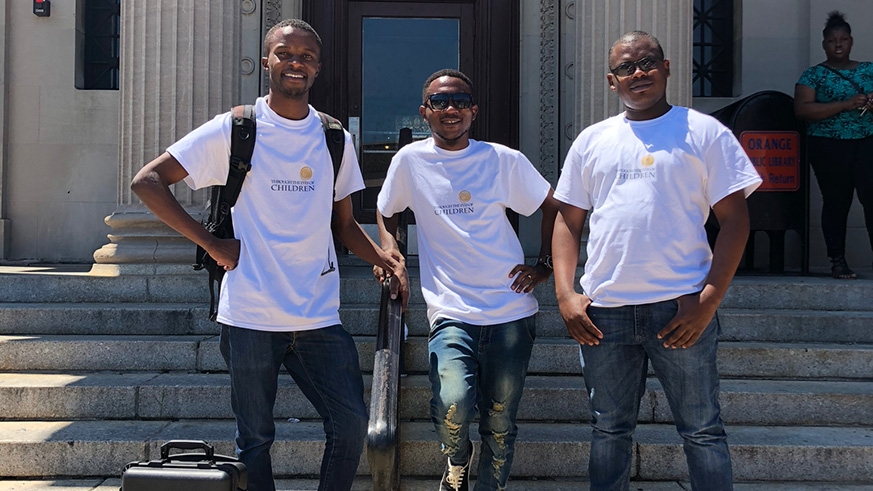 Three genocide survivors inspire kids with photography – Bizimana, Habumugisha and Uwitonze are among the budding photographers in the country. /Photo Courtesy

The 1994 genocide in Rwanda led to the death of about 500,000 to 1,000,000 Tutsis. However, 25 years on, some of the genocide survivors are making a difference using the art of photography. Mussa Uwitonze, Gadi Habumugisha, and Jean Bizimana lost their parents during the genocide. While at the Imbabazi Orphanage in 2000, they were introduced to photography at ages eight and nine when nonprofit, Through the Eyes of Children, partnered with the orphanage.

Today the trio are working as professional photographers. Bizimana is a photojournalist with Reuters Africa while Uwitonze and Habumugisha are documentary photographers. In the past few months, the trio are exploring Rwanda, interviewing genocide perpetrator and survivors to document the forgiveness so far. 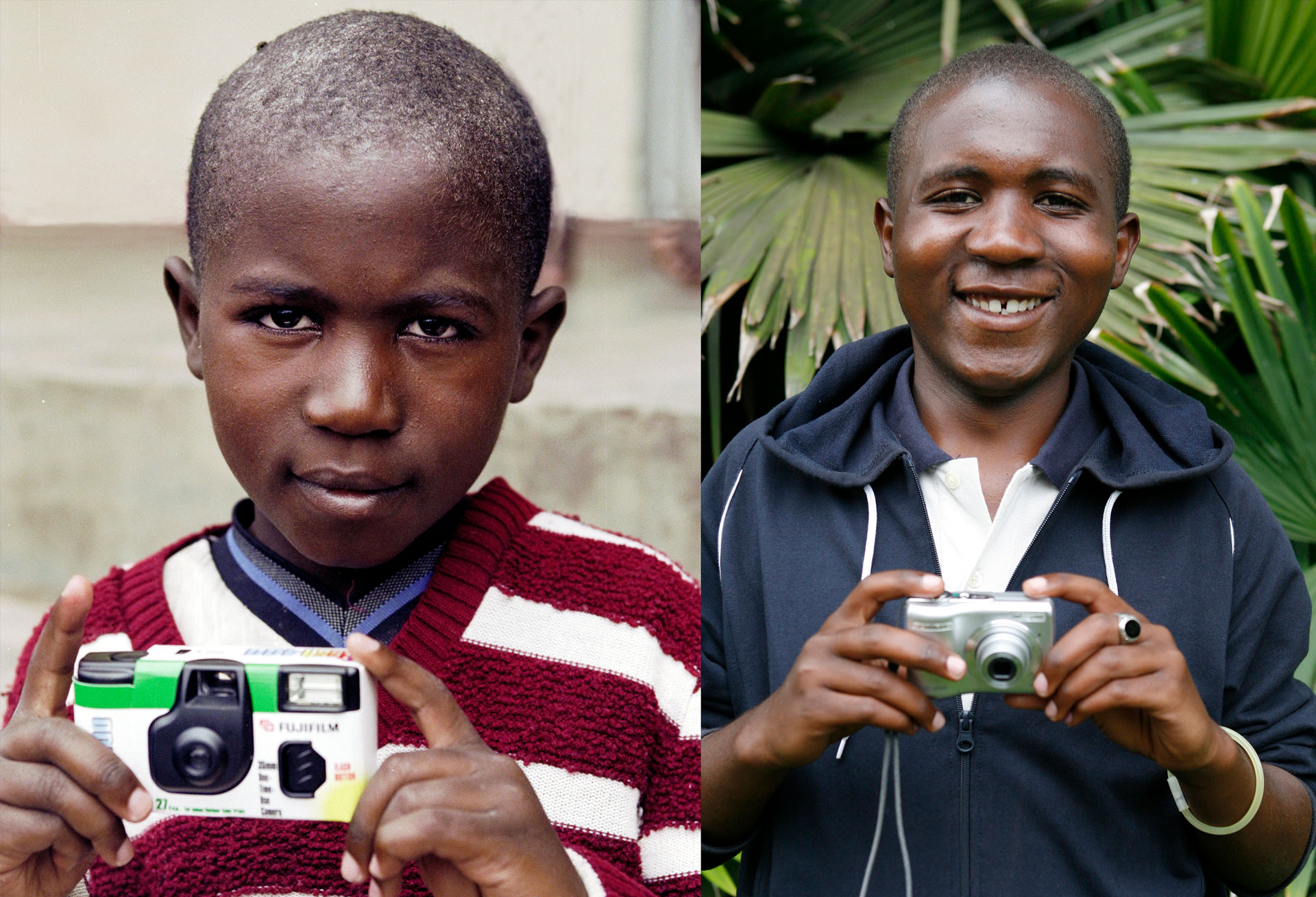 A Twist Of Fate For This Genocide Survivors

The fate of the trio changed when a photographer visited the country. Each time he took pictures children will flock around in excitement to see. So the photographer was curious at the type of pictures the children would take if given the opportunity. Explaining their unlikely twist of fate, Habumugisha said, 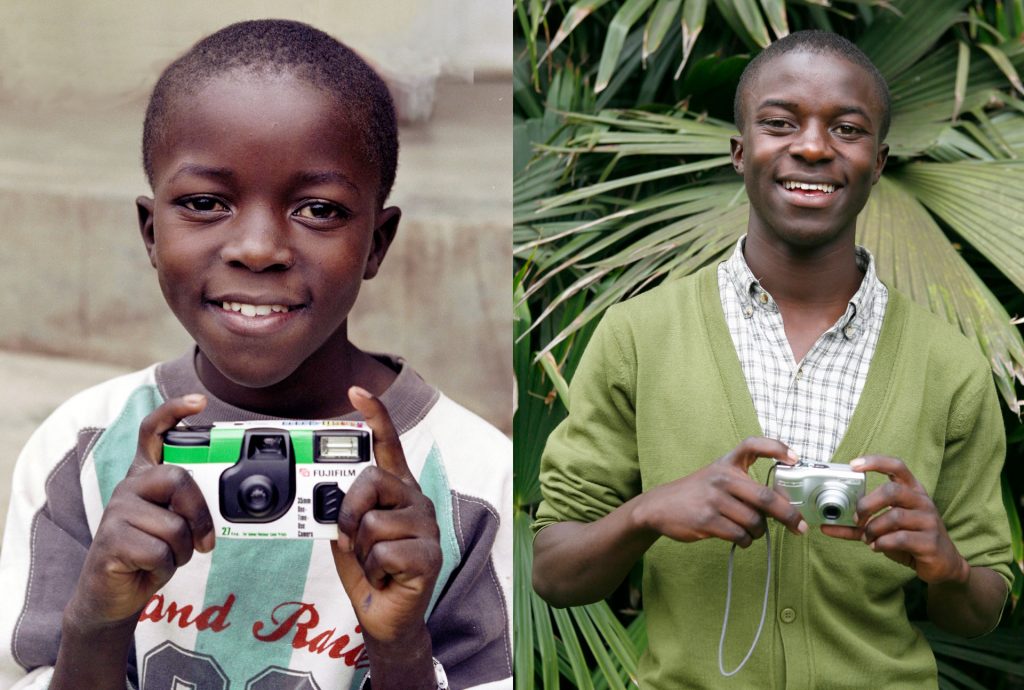 “He came to our orphanage and chose a group of 19 out the 100 kids, taught us some basics of photography and gave us disposable cameras. We went out to the community to take pictures and what surprised him is that the images we took were images of life and development of Rwanda.”

Soon after, the project leaders began promoting their pictures around the neighborhood, museums, universities, and Kigali. However, their works got the attention of international photographers because they took rare images. This was because they were part of the community, therefore free to take pictures foreigners couldn’t.

After the close of the orphanage, the three became professional photographers. They began documenting activities at conferences and non-profit organizations. Consequently, they also decided to share their photography skills for the benefit of other kids. The trio are taking the Through the Eyes of Children project global by teaching other vulnerable children and genocide survivors around the world photography. 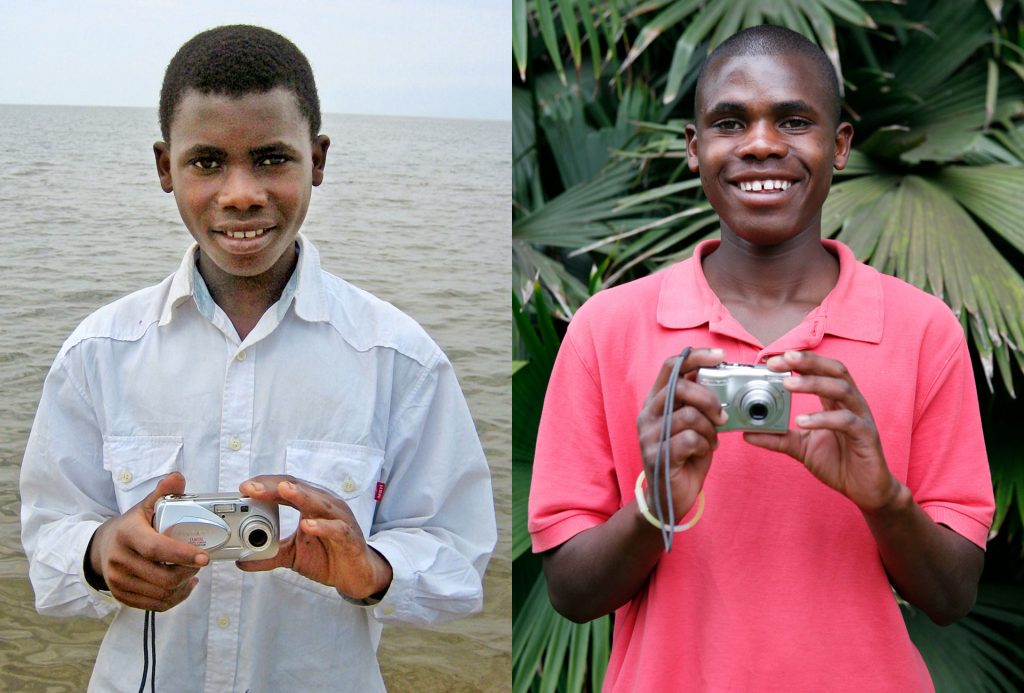 The trio have shared their skills with young refugees in Boston and New Jersey. They have also reached out to children in foster homes as well as disabled students and genocide survivors. Reacting to their expanded Through the Eyes of Children project, Habumugisha said,

“Photography changed our lives because people got to learn about Rwanda through photography and they gave donations to the orphanage. Also, people appreciating our photos gave us hope that even though we were orphans, we had value in society and so we [want] to pass it forward to children in formidable states, so we came up with some workshops to teach children in school and later thought of going beyond to help vulnerable children so photography could help them too.”

The trio is now GroundTruth Film Fellows working on a documentary titled ‘Camera Kids’. Their amazing story will be part of the feature-length film. They are looking forward to opening a photography training center to give young people (including genocide survivors) the chance of making a decent livelihood.