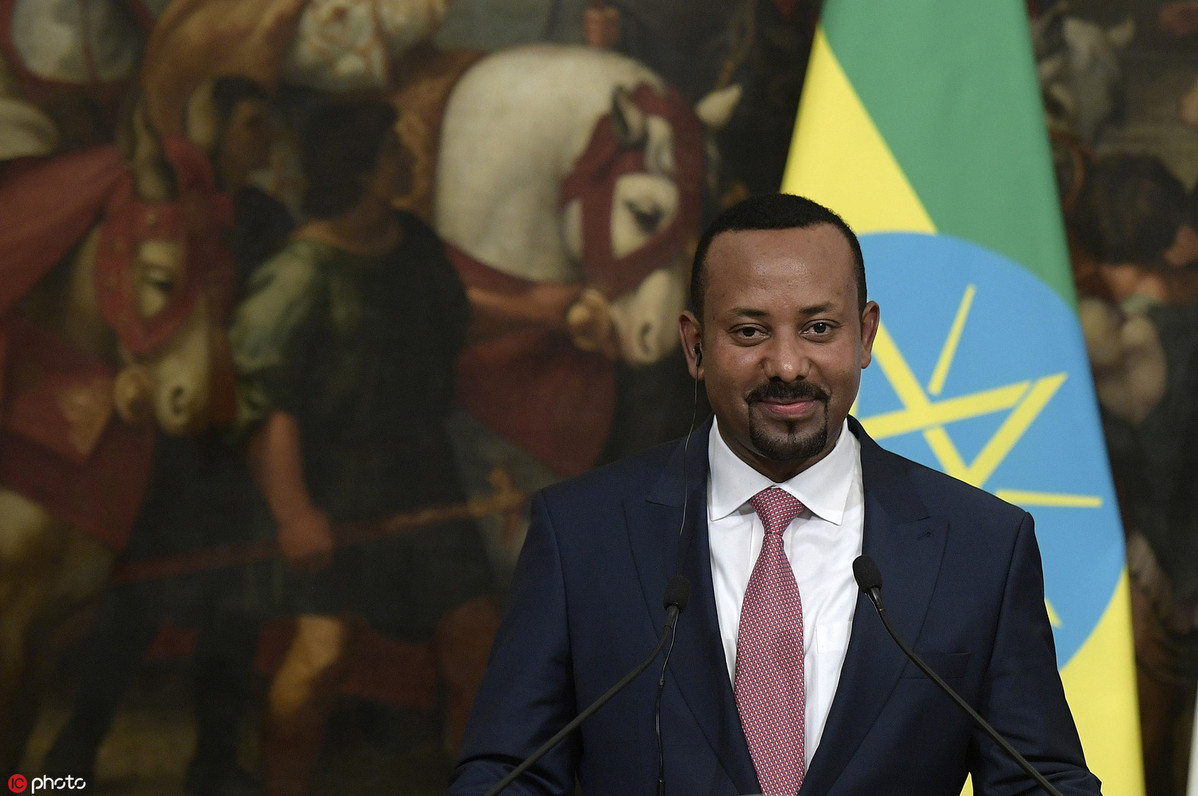 Ethiopia’s Prime Minister, Abiy Ahmed Ali has emerged the winner of the 2019 Nobel Peace Prize. This makes him the first Ethiopian to win the prize. Abiy’s Nobel Peace Prize win was for his effort in fostering peace between Ethiopia and Eritrea. Soon after ascending into office on April 2018, Abiy was able to strike a peace agreement with Eritrea three months later. Announcing the prize, the Norwegian Nobel committee chair, Berit Reiss-Andersen said,

“[This award recognizes Abiy’s] efforts to achieve peace and international cooperation, and in particular his decisive initiative to resolve the border conflict with neighboring Eritrea. When Abiy Ahmed became Prime Minister in April 2018, he made it clear that he wished to resume peace talks with Eritrea. In close cooperation with Isaias Afwerki, the President of Eritrea, Abiy Ahmed quickly worked out the principles of a peace agreement to end the long “no peace, no war” stalemate between the two countries.”

The 2019 Nobel Peace Prize is also meant to recognise all the stakeholders working for peace and reconciliation in Ethiopia and in the East and Northeast African regions.#NobelPrize #NobelPeacePrize

The 43-year-old Prime Minister and former military officer with a specialty in cyber intelligence was full of joy for winning the 2019 Nobel Peace Prize. He said it is a win for Africa. However, Abiy was not the only consideration for the prize. Hong Kong pro-democracy activists, German chancellor, Angela Merkel, and 16-year-old Swedish climate activist, Greta Thunberg were also considered.

Since taking over the running of the country in 2018, Abiy has established himself as a lover of peace. Also, he has pushed through sweeping political reforms and economic adjustments to brighten the future of the over 4 million Ethiopians. This includes dismissing high-profile figures fingered for corruption, dismantling media censorship, and granting amnesty to thousands of political prisoners. Describing the reforms and peace initiatives of the 2019 Nobel Peace Prize, UN Secretary General, António Guterres said,

“This milestone has opened up new opportunities for the region to enjoy security and stability, and Prime Minister Ahmed’s leadership has set a wonderful example for others in and beyond Africa looking to overcome resistance from the past and put people first.”

Abiy gave women appointments into half of the ministerial posts in the country. Away from home, Abiy has also been at the center of several peace initiatives. He was part of the maritime territory dispute resolution between Somalia and Kenya. Abiy also helped to broker an agreement between the civilian opposition and Sudan’s military leaders after months of protests following Omar al-Bashir ouster.

The life of Abiy Ahmed under the microscope

The 2019 Nobel Peace Prize was born in western Ethiopia. As a teenager, he joined a resistance against Mengistu Haile Mariam’s regime. However, he later enlisted in the army and rose to the rank of lieutenant colonel. Consequently, he acquired a doctorate in peace and security studies. After a stint with Ethiopia’s cyber intelligence service, he joined politics. A lot of people believe his mixed Christian and Muslim background, as well as his ability to speak the country’s three dominant languages fluently, has made him a bridge between communal and sectarian divides. In reaction to his 2019 Nobel Peace Prize win, Abiy said,

“I am so humbled and thrilled … thank you very much. It is a prize given to Africa, given to Ethiopia, and I can imagine how the rest of Africa’s leaders will take it positively to work on the peace-building process in our continent.”

I am humbled by the decision of the Norwegian Nobel Committee. My deepest gratitude to all committed and working for peace. This award is for Ethiopia and the African continent. We shall prosper in peace!

About the Nobel Peace Prize

The Nobel Peace Prize is an initiative of the Swedish businessman, Alfred Nobel. Noble died in 1895. He had one of the world’s largest private fortunes at that time. In his last will, Nobel declared his 31.5 million Swedish crowns fortune should be invested in safe securities and should constitute a fund of which “the interest on which shall be annually distributed in the form of prizes to those who, during the preceding year, shall have conferred the greatest benefit on mankind“.

Part of his will also said the Nobel Peace Prize will be awarded by a five-person committee. The committee will be selected by the Norwegian parliament. Consequently, the first award was in 1901. Subsequently, it became an annual affair with the exemptions of a few years. The 2019 Nobel Peace Prize is the 100th in the series. In 2018, Denis Mukwege of Congo shared the award with Nadia Murad. Mukwege won the 2018 prize for efforts to end sexual violence. You can see the full list of previous Nobel Peace Prize winners here.

Advertisement
'When we are able to listen to each other despite our differences and engage in principled discourse, our differences return dividends in the form of blessings.' - Abiy Ahmed Ali Click To Tweet