Governments and international organizations are increasingly making collaborative efforts to monitor and prevent terrorist activities. These efforts include publicly listing terror groups, tracing and disrupting terrorist funding, and in some cases, eliminating terrorists. Most of these collaborations came after the 9/11 attack against the United States in 2001. There is however no end in sight for global terrorism despite every effort. Nigeria has been suffering its share of terrorism since 2009. Violence in this West African country has now reached devastating levels with the Boko Haram sect at the center of these unnerving acts. The murder of 43 farmers is the most recent addition to strings of unfortunate events.

The Origin of Boko Haram

Ustaz Mohammed Yusuf was born on 29th January 1970 in Yobe State, Nigeria. He founded and led the Boko Haram Islamic sect sometime in 2002. In the following years, Mohammed Yusuf gathered a number of devoted followers. He went on to organize and execute several attacks on institutions, military formations, and residents in northeastern Nigeria and border countries. The Hausa word Boko translates loosely as “western education” while the Arabic word Haram translates as “forbidden“. The combination of both phrases means “Western education is forbidden”. 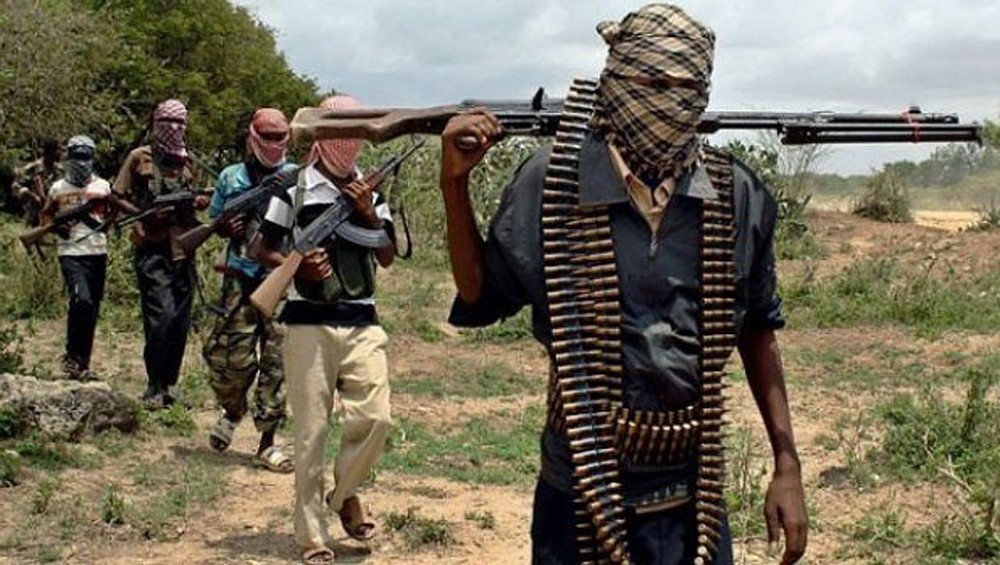 Timeline of Boko Haram most infamous attacks in Nigeria

While Boko Haram continues to unleash terror in Nigeria, to date, some of their deadliest attacks include,

The mindless actions of Boko Haram include a 2011 suicide bombing of the United Nations building in Abuja. Twenty-three people including a Norwegian lost their lives in the attack. Also, over 116 people were injured as reported in a UN news article. The shift to international targets and the successful suicide bombing suggested some form of sophistication and help from high sources. The UN House finally reopened eight years after the attack. 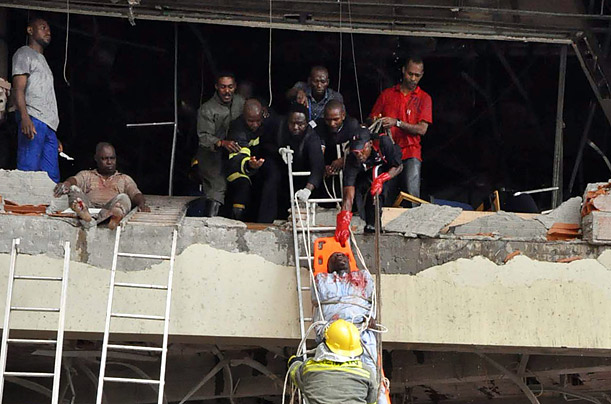 National and international attention was drawn by the abduction of 276 girls in Borno State, Nigeria. The April 14, 2014 incident was however not the first abduction of women and children by the group. The Chibok abduction inspired several human rights campaigns and protests due to the high number of victims. Despite the fact that most of the girls escaped or were released, some of them are still unaccounted for. This Human Rights Watch report explains that the chairman of the Chibok Parents Association, Yakubu Nkeki said parents are traumatized with 34 of them dead from associated causes.

Yet another sinister attack was carried out by the Boko Haram sect on February 19, 2018. The group abducted 110 students of Government Girls Science and Technical College, Dapchi, Yobe State. This unreasonable act further points to the illogical hatred for western education by the group, among other things. One abducted schoolgirl Leah Sharibu is still being held for reportedly refusing to convert to Islam. In a sad revelation by UNICEF, Boko Haram has abducted over 1000 women and children between 2013 and 2018.

Civilians and military personnel alike are no strangers to the sour tales of insurgency in Nigeria. Nigerian soldiers have suffered heavy casualties in combat and from ambush by Boko Haram. Unfortunately, these ambush attacks have become more frequent leaving horrifying scenes and demoralized soldiers.

The most recent heinous activity of Boko Haram insurgents in Nigeria is the beheading of 43 farmers in Borno State. The rice farm attack took place in Zabarmari community, Jere Local Government Area, on 28th November 2020. Recurring instances of evil rigs the northeastern zone and this incident once again conjured the outcry of residents and community members.

There are lots of factors influencing the persistent attacks of the Boko Haram insurgents. However, at the top of it all is government insincerity. Also, it seems there are elites benefiting from the destabilization of the region. Until the government and the people find a common ground, real change may remain elusive.

The Service Chiefs in Nigeria share some of the blame. Poor commitment in an already challenging atmosphere is the most prevalent scenario in recent times. Some service Chiefs divert money meant for the purchase of arms and military gears to private pockets. Thus, the insurgents easily overpower the Nigerian military. Presently, the Service Chiefs are due for retirement but for some awkward reasons, the president retains them—regardless of the wide call for their sack.

Intelligence-gathering in Nigeria is poor. The actions of the different security outfits sometimes seem antagonistic rather than complementary to each other. Consequently, there is often a clash of interests when it comes to the allocation of funds. These factors add up to worsen the inherent insurgency, banditry, and kidnapping cases in the country. The first step towards defeating Boko Haram should be the improvement in intelligence gathering.

Terrorists like the Boko Haram sect require sponsors to thrive. To date, the Nigerian government has been unable to track the sponsors of Boko Haram. Like the popular supply line strategy, eliminating Boko Haram sponsors or disturbing sponsor channels will render the group unable to purchase weapons and ammunition and also hinder logistics. However, 6 Boko Haram sponsors were recently convicted in the United Arab Emirates.

The widespread destruction by the Boko Haram sect is simply unbearable. Since 2011, no fewer than 37,000 people have died from Boko Haram attacks. Also, the action of the terrorist group has led to the displacement of over 2.5 million. Therefore, it is pertinent for the government to find a way to end the activities of the group.

ALSO READ: How The Peace Deal Signing Between The Government And Rebel Groups In Sudan Will Likely Impact the Region

The Role of Government

Maintaining peace should be the top priority of any government. Therefore, any government that cannot achieve this can be considered a failed administration. This is because no meaningful development can take place in a crisis-laden environment.

The Nigerian government should also draw a fine line between negotiating with insurgents and rewarding their bad behavior. Funds should instead be directed towards increasing the salaries of law enforcement agents and procuring ammunition for them. In addition, the government should be transparent and accountable.

The Role of Security Forces

Security Forces have a huge role to play in ending the Boko Haram menace. The extent of their commitment so far is commendable. In order to increase their efforts and permanently root out the insurgents, the most important step is to improve interactions with civilians, vigilante groups, and community leaders. This improves intelligence-gathering which can quickly determine the success of security and military operations.

Another step to take is unifying security agents, groups, and arms. The simple experiment of breaking a broomstick and a bundle of broomsticks confirms that there is strength in unity. Security forces should learn to collaborate with one another. This might just bring the magic to defeating Boko Haram insurgents. 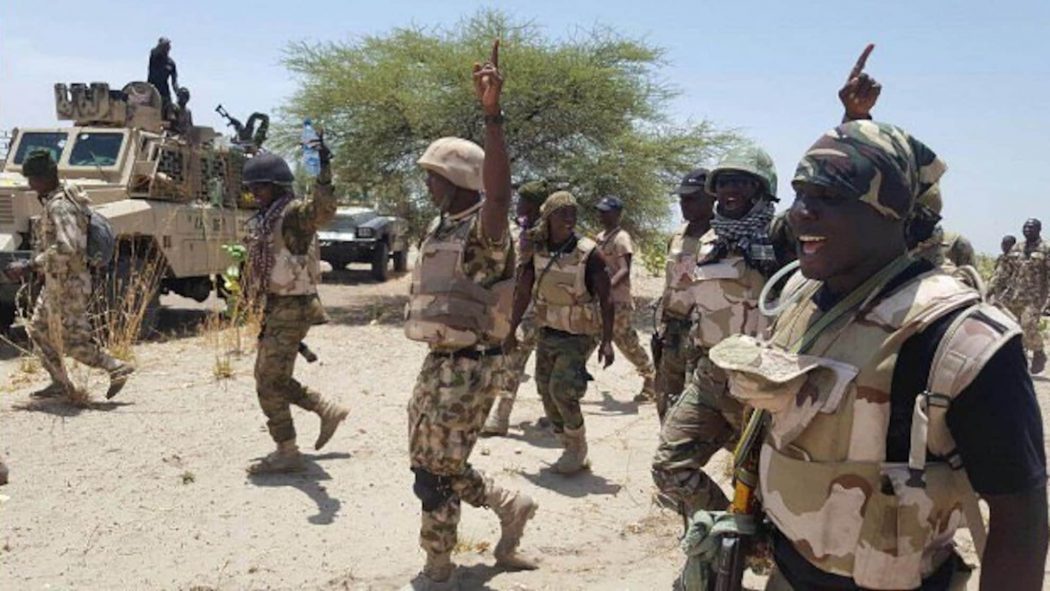 The Role of The Law-Abiding Citizens

The major role of law-abiding citizens is to ease the efforts of both the government and security forces by remaining well-behaved. Being at the receiving end of most attacks, they also have a responsibility to share and alert security forces on suspicious activities in their environment.

Several countries around the globe have been able to put a halt to terrorist activities. Nigeria has the human and financial resources to achieve this too. However, sincerity and accountability remain the major challenges standing before this goal. Perhaps this may not happen in the current administration but hopefully in the next.