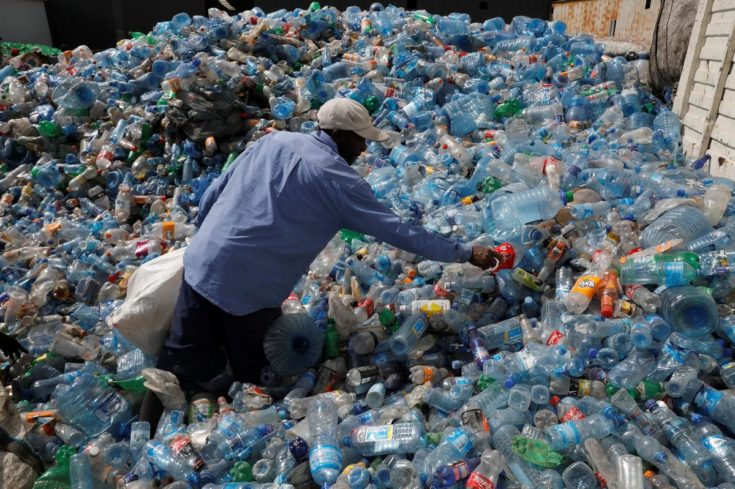 Will The New Government Guideline Improve Waste Recycling In Tanzania?

Like many African countries, Tanzania is struggling with deteriorating sanitation. Frequently, a new pile of waste emerges at an illegal dumpsite. Also, many houses in urban and rural areas are without standard toilets leading to mass open defecation. The waste pressure (particularly plastic wastes) is more in urban areas partly because of the rising population. To battle this ongoing challenge, the government has drawn a new waste recycling guideline.

Unveiling the guideline was the Minister for Health, Community Development, Gender, Elderly and Children, Ummy Mwalimu. The new guideline was unveiled at a recent meeting on sanitation. The meeting brought together regional and council officers for sanitation from all over the country. According to Mwalimu,

In the new guideline, the government is targeting 100 percent water access in urban areas and at least 95 percent in rural areas. Also, the government wants to put an end to open defecation by rehabilitating toilets in different public spaces. Some of the key points of the new policy include;

The Gains so Far in Public Awareness on Sanitation

The new guideline on waste recycling in Tanzania is not the first time the government is making an effort to improve sanitation in the country. There is an ongoing nationwide campaign called ‘Usichukulie Poa, Nyumba ni Choo’ which translates to ‘Do not take it lightly, a house is not complete without a toilet’. As a result of the campaign, there has been an increase in the number of houses with standard toilets from 34 percent in 2015 to 62.4 percent in 2019. The minister stressed that,

“For two years of the campaign, the number of households with standard toilets have tremendously increased. Likewise, the number of households without standard toilets has diminished from 7.5 percent to 1.9 percent this year. I want to thank key sanitation stakeholders who joined hands with the government to conduct the campaign. Our target is to attain 75 percent by June 2021.”

The nationwide campaign encourages houses to provide standard toilets. However, this was an attempt to prevent the outbreak of waterborne diseases like dysentery, typhoid, and cholera. Consequently, there has been a tremendous increase in the number of houses in rural areas with standard toilets from only 743 to 4,311. Future efforts by the government will involve improving landfill sites.

In June 2019, the Tanzanian government banned the use of plastic bags. Tourists were told to remove non-recyclable plastics from their luggage when entering the country. This was an attempt by the government to encourage waste recycling in Tanzania. Following the implementation of the law on June 1st, 2019, Tanzania joined growing nations around the world with a similar ban on plastics. Before the countrywide ban on plastic, a similar law was enforced on the Zanzibar Islands in 2006.