Malawi government has received a boost from Germany with a grant of 58 million euro (about $66 million) to improve the country’s health infrastructure, agriculture sector, and family planning initiatives.

The development aid was announced by German Minister of Economic Cooperation and Development, Gerd Müller, during a corporation audience with President Peter Mutharika at Kamuzu Palace in Lilongwe. 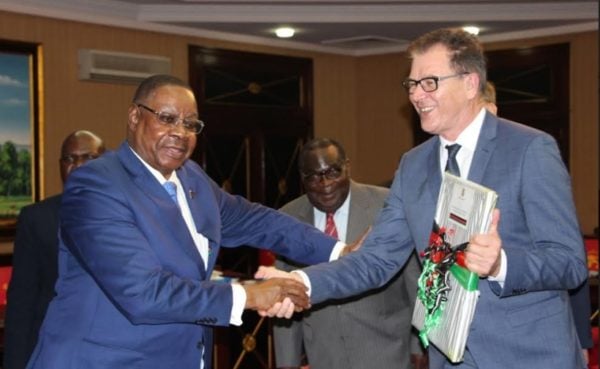 “We are committing 58 million euro as part of our economic cooperation with Malawi,” said Müller.

Müller said the “prerequisite for development is good governance, peace, and stability, as well as fighting corruption.”

He said German is pleased that Malawi is “working hard” to fight corruption and maintain peace.