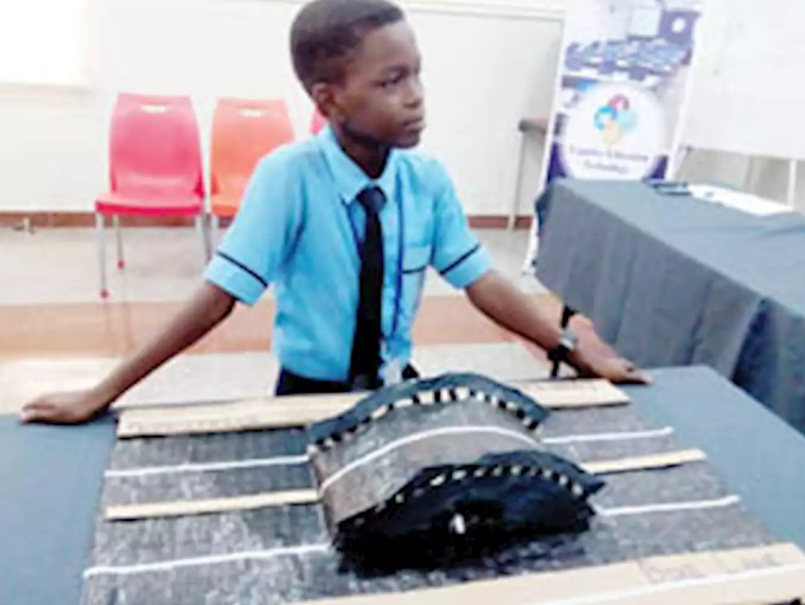 Oluwafayokunmi Olurinola, a Junior Secondary School (JSS1) student of Rosarium Model College, Ijebu-Ode, Ogun State, emerged the overall winner for his plastic road prototype. The youngster’s model which aims to tackle the problem of bad roads in the country has won him the kid-tech competition top prize.

“We need to begin to expose our kids to this concept and skills, which are needed for the 21st-century workplace. And also, to make them problem solvers and not just consumers of technology.”

The rating of the students was in three phases. This includes an initial essay tagged “What Goes into Building a City”, the project overview and solution, video presentation, and the final pitch at the grand finale. Inasmuch as all three winning students presented innovative ideas, Oluwafayokunmi Olurinola’s project stood out.

Oluwafayokunmi Olurinola, created roads “layered with materials made of plastic and bitumen to prevent potholes caused by water and increase the lifespan of the roads. A means to reuse plastic waste for a cleaner environment and while creating job opportunities.”

Surmounting the challenge to the top spot

The first task the kids faced was identifying a problem in the city. The kids were to proffer a solution by creating a prototype. However, this was the least of their troubles. Many Nigerian cities are battling myriads of problems. Therefore, identifying one was in no way be a major challenge. 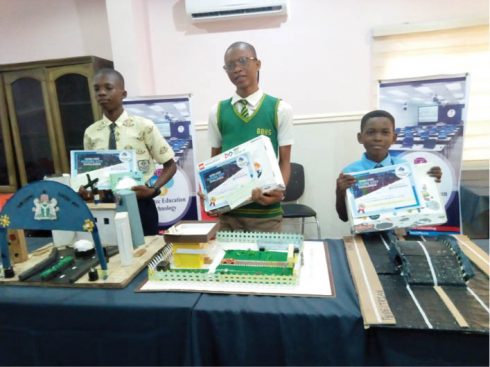 Winners of the kid tech competition posing with their prizes

The real test was in the approach the kids had to take to solve the problem. In building the prototype, the kids were required to use recyclable waste materials abundant in the environment.

Other brilliant ideas were submitted in the competition. This includes solar panel and windmills powered city, a smart green city running on biogas, and so on. The future of Africa surely rests on these young minds.