Money speaks but wealth screams. And it was affluence blaring when Folarin Alakija, son of self-made Nigerian billionaire and richest black woman on earth, got married to his Iranian princess Nazanin Jafarian Ghaissarifar. 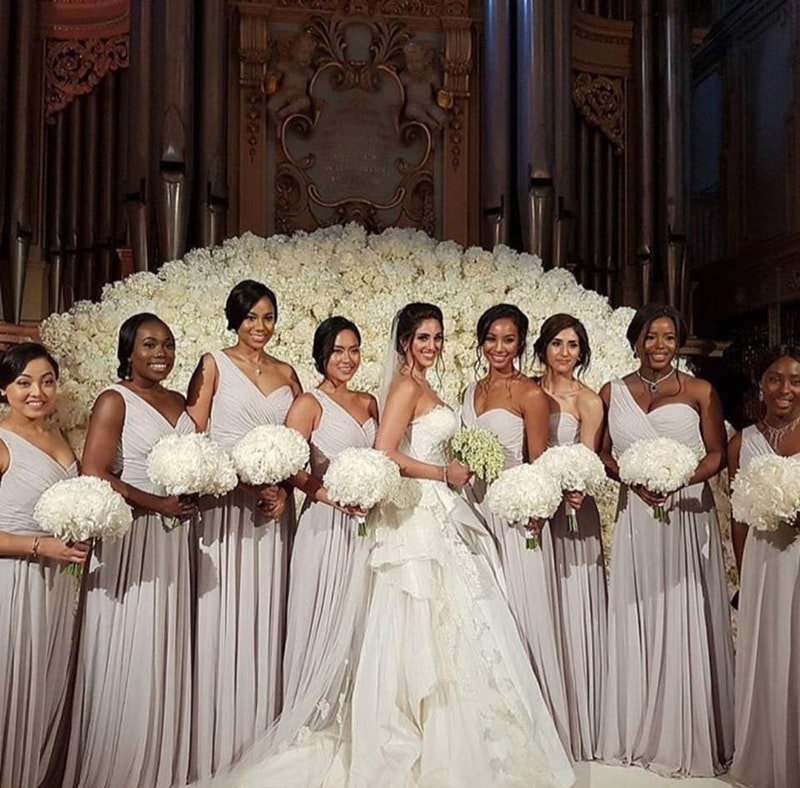 It was an international marriage in every sense of the word. The event was littered with luxurious glamor and resplendence. No expense was spared in this floral wonderland wedding. The tab was almost as “far” as the geographical distance between the nationalities of the wedding couples.

The marriage which took place in its fullest extravagant frenzy at the Blenheim Palace in Oxfordshire was said to have cost an estimated $6.4 million! 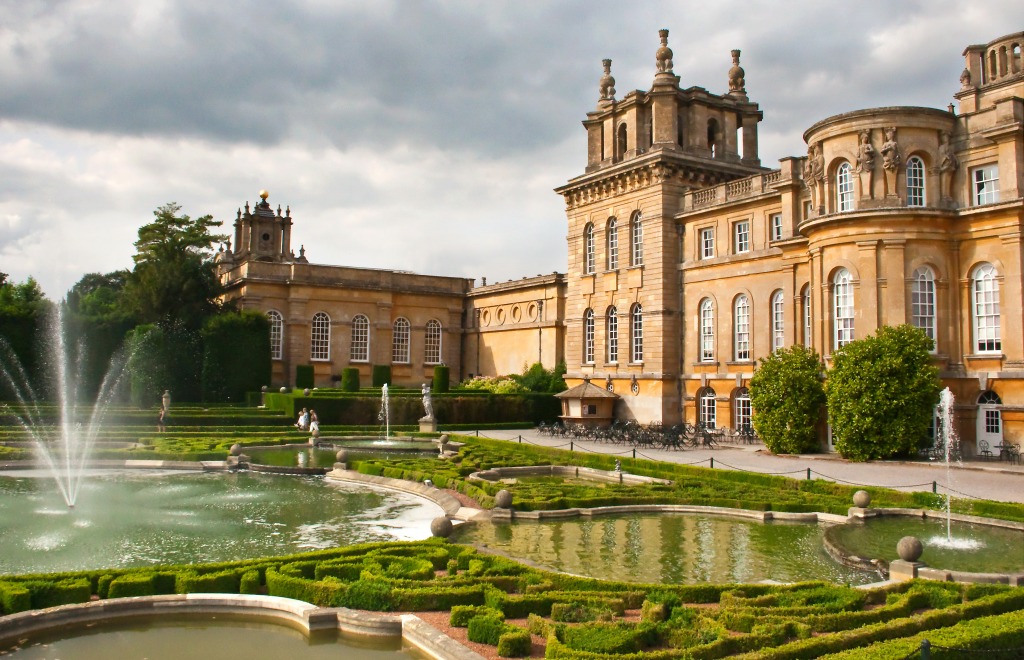 Folarin, after losing his first wife to cancer can be forgiven for marrying again given the intimidating beauty of his Arabian damsel. Like his mother, he is a self made top earner who reaps good money from his investments as well as cinematography. However it is the reverberating wealth of his mother that made the show too loud to be kept off the news. 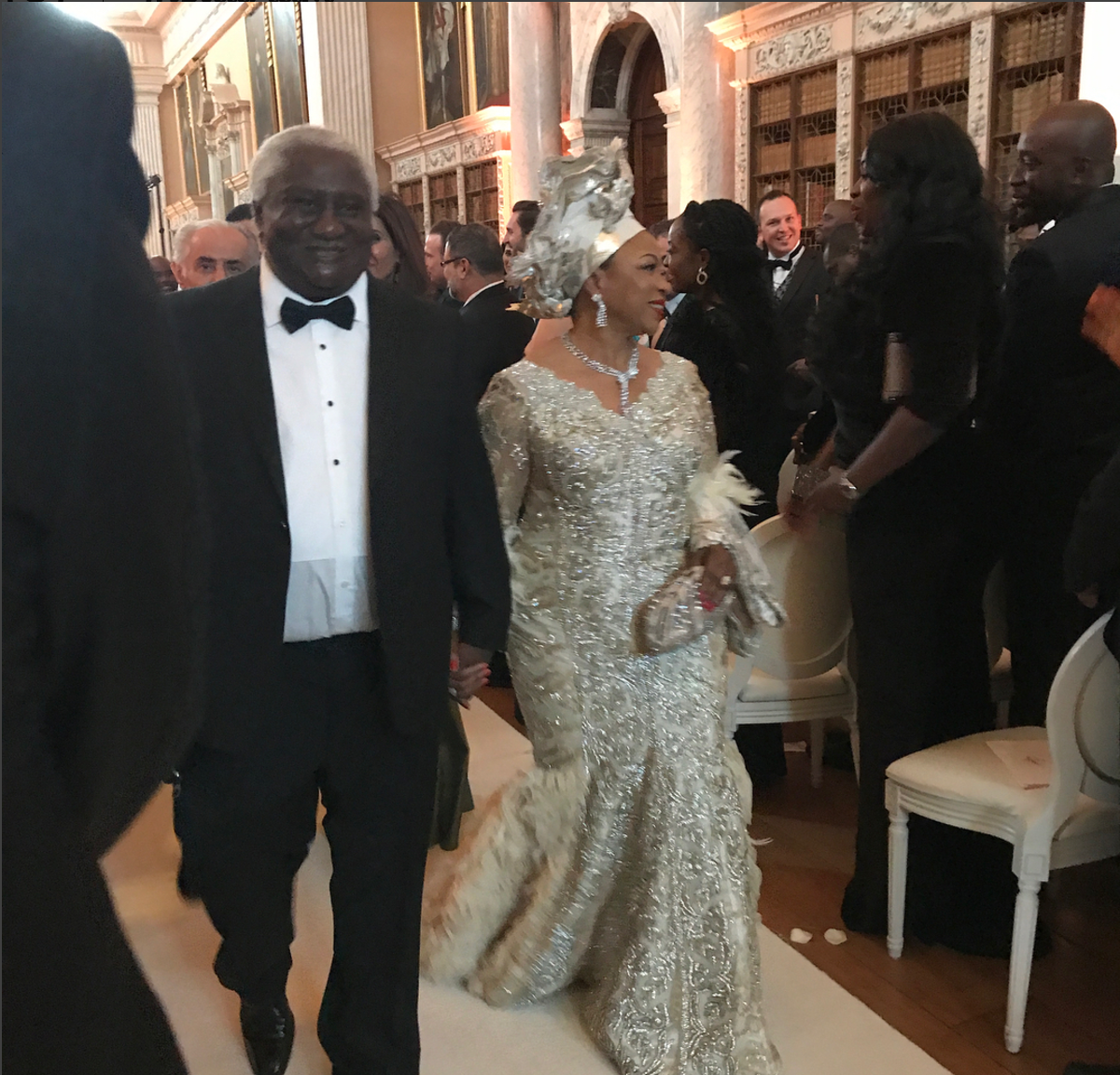 Famously Folarin’s mother Folorunsho Alakija ranked by Forbes as the richest black woman in the world back in 2014 leaving Oprah Winfrey in the shadows of her hefty purse. 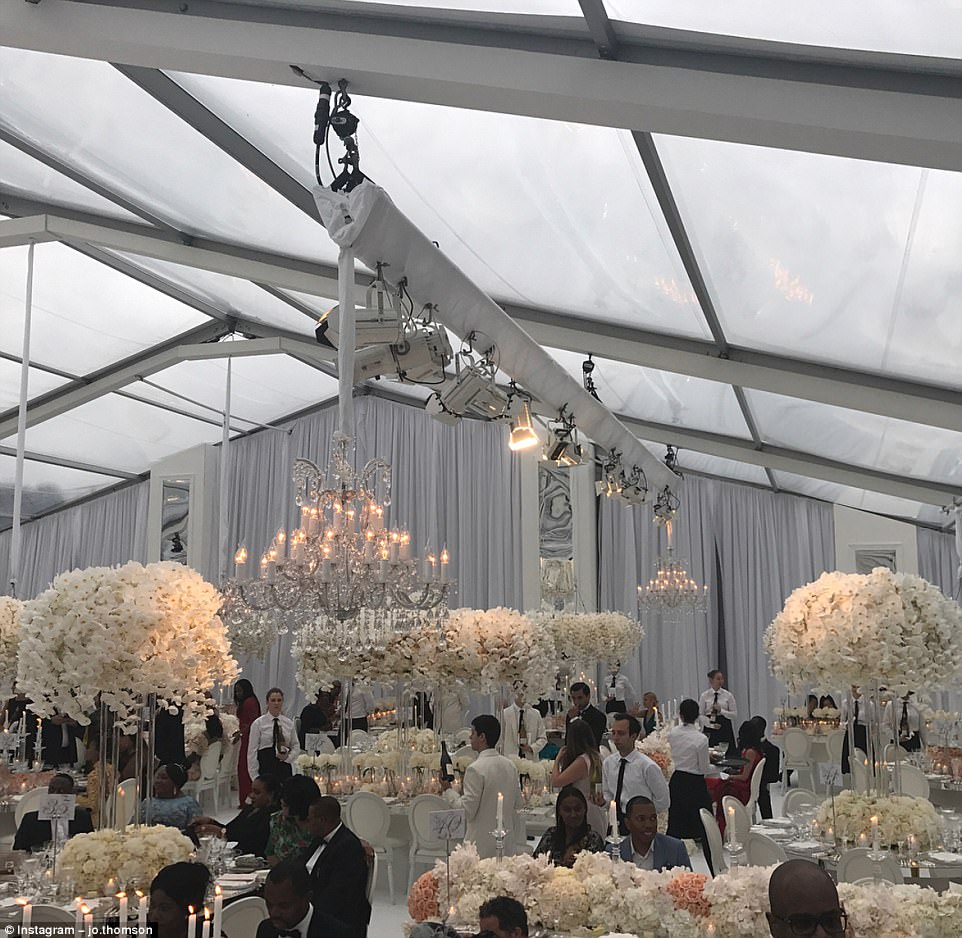 The marriage was a befitting financial exhibition of how handsome the family is in the bank. For the ceremony, hundreds of close family members and friends were flown in their droves stocking up the overtly lavish Blenheim Palace hotel for the weekend. 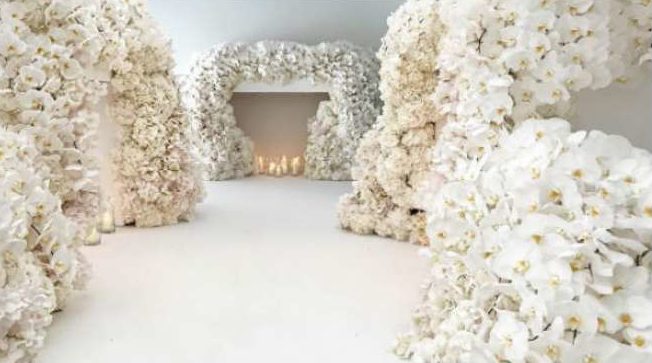 The Woodstock venue, which happens to be the spiritual home of Sir Winston Churchill, was beautifully laced with a million white roses. The romantic atmosphere mixed well with the pool of luxury washed the event. The cake was dazzlingly adorned with hundreds of ornate white roses. 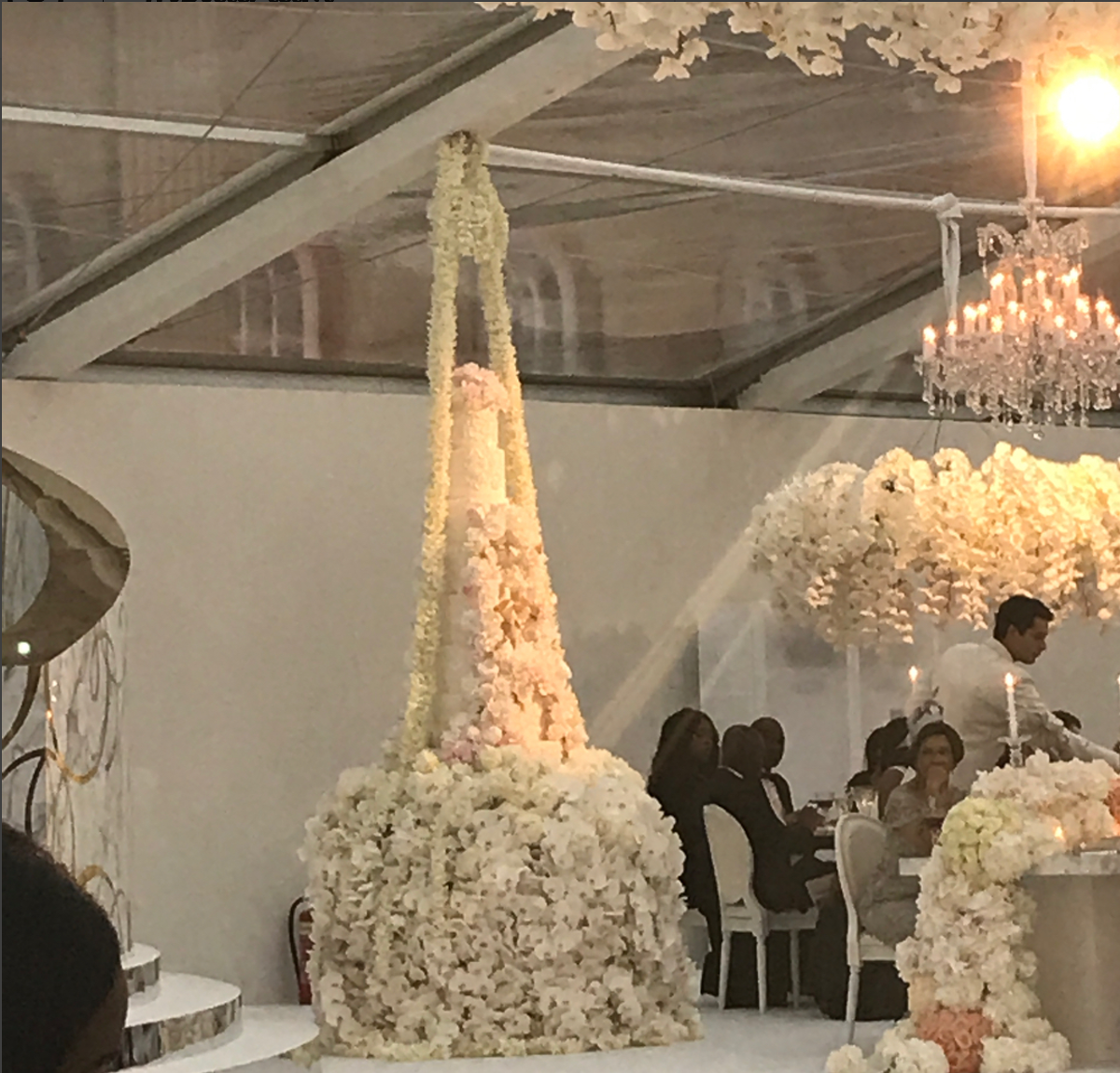 The show was not malnourished of celebrities either. Robin Thicke was slated to perform Blurred Lines in the event. And he was not doing it philanthropically for the UN. He was paid a humongous $192,000 for his service!

Expenditures from the wedding planners revealed that the venue hire was reclusively hired at a sweaty cost with their initials beautifully etched in gold at a $250,000 price tag. Taking a clue from the website of the venue, hiring the whole venue comes with a variable price but in the case you want to rent the palace and state rooms, you will be relinquished of a little over$42,000! 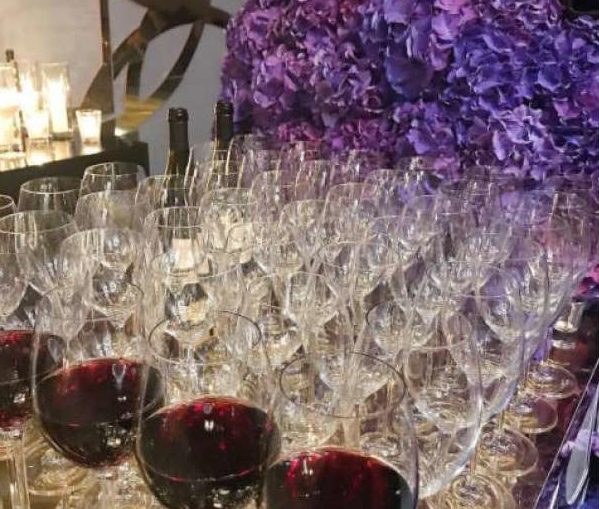 The ceremony was so sparkling with the ardor of wealth. Jeff Leatham murdered eyes with the breathtaking flowers he adorned the show with, he couldn’t have done it any better. Not even when he extensively decorated the Kardashian’s homes. 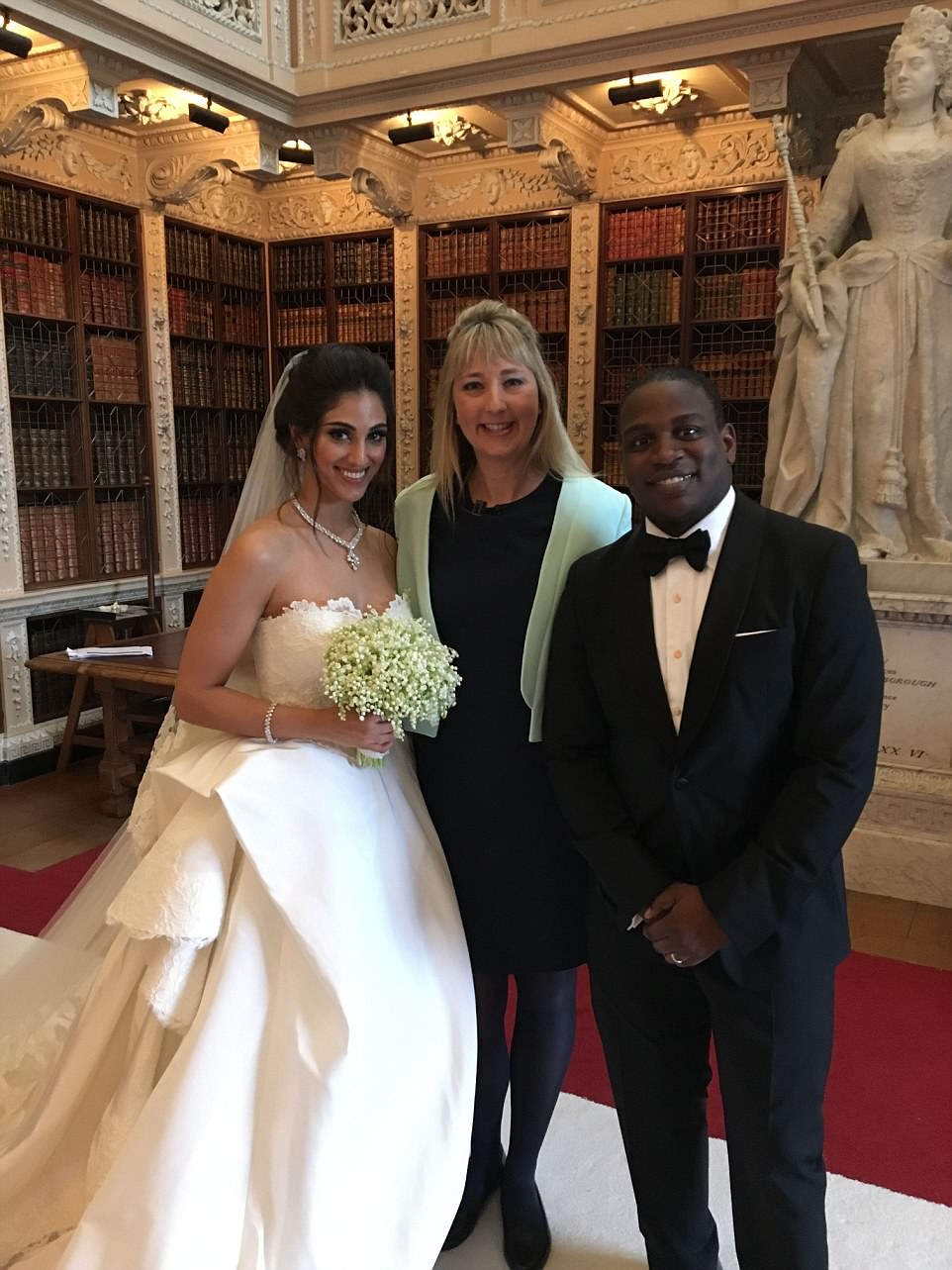 Well you can’t typically label this marriage as a folly of extravagance. Do you expect to wed someone as beautiful as Folarin’s new wife in a small kiosk? Not someone who has Rob Kardashian as an ex lover on her relationship CV. Nazanin Jafarian Ghaissarifar is a delicious mix of beauty and brains having read Bioengineering and Biomedical Engineering at the University of Manchester, polished more professionally with a graduate Diploma in Law.