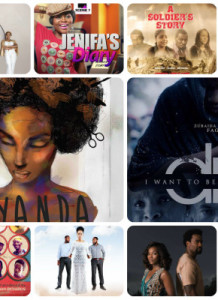 The Africa Magic Viewer’s Choice Awards of 2016 have revealed some hot picks. Nollywood movie Dry was the most nominated movie. Hot on its heels was South African movie Ayana with 8 nominations. Dry, which was produced and directed by Nollywood’s Stephanie Linus took home the most awards. Below is a list of all nominees […]