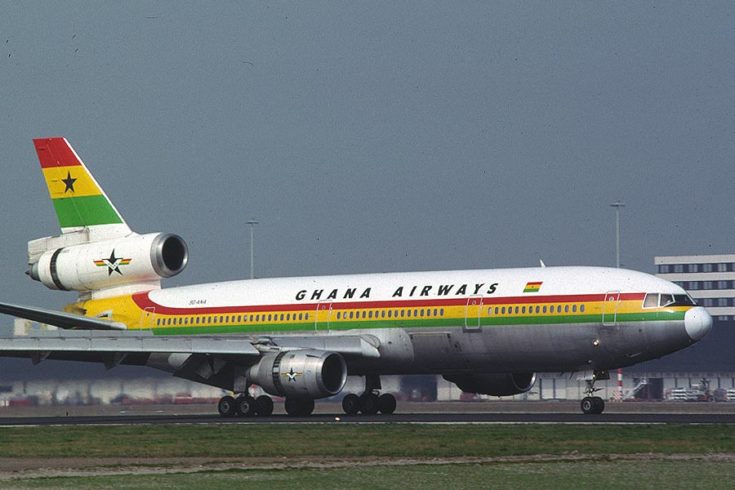 Ghana Airways could resume operations in the first quarter of 2020 after almost a decade since its collapse. This comes after the country signed a provisional deal for three Boeing 787-9 and 6 De Havilland Dash 8-400. Ghana is among the African countries seeking to develop its airlines to enhance tourism and boost its economy.

It is likely that Ghana Airways will launch flights to North America, Europe, and Asia in early 2020. Equally, they will be operating routes within Africa using the Dash 8-400 aircraft ordered from De Havilland Canada.

Ghana’s Minister of Aviation Joseph Kofi Adda said that they want to build a new airline from scratch. Adda said they want to revive Ghana Airways because there is a growing demand for air travel from and to the country. The minister said they chose Boeing over Airbus because of the efficiency of the 787-9 Dreamliner.

Similarly, Adda added that the 787-9 Dreamliner has a good operational performance reputation, fuel efficiency, and passenger experience. As a result, Ghana will be getting the right partner for the launch of its new carrier.

The private sector will hold a majority stake in the new carrier with the government holding only a 10% stake. Mr Kofi Adda affirmed that they were looking for partners to pursue the project together. At the beginning of last year, Ethiopian Airlines announced that it had secured a partnership deal for the new airline. However, the latest developments might leave the deal on the rocks

ALSO READ: These Five African Airlines Are On The World’s Best 100 List. Here Is what IS Awesome About Them

Ethiopian Airlines is already partnering with Chad and Zambia. The two countries are in the process of developing their international airlines. Nevertheless, the challenge for Ethiopia Airlines will be how to balance its affiliated hub in Togo and a new one in Ghana.

The collapse of Ghana Airlines

Founded in 1958, Ghana Airways is one of the largest corporate failures in the country. The airline collapsed in 2004 after almost four decades of operations.

The downfall of Ghana Airways began in 1999 after its partnership with South African Airways hit a wall. At the same time, the Federal Aviation Administration banned its flights from and to the US. This came following the sacking of the entire board of the carrier. Equally other incidences like taking hostage of a pilot by irate passengers for delayed flights resulted in FAA banning flights.

Therefore, the new Ghana Airways will be important in facilitating travel to and from the country. More interestingly will be the chance to have intercontinental flights that current airlines in Ghana do not offer.