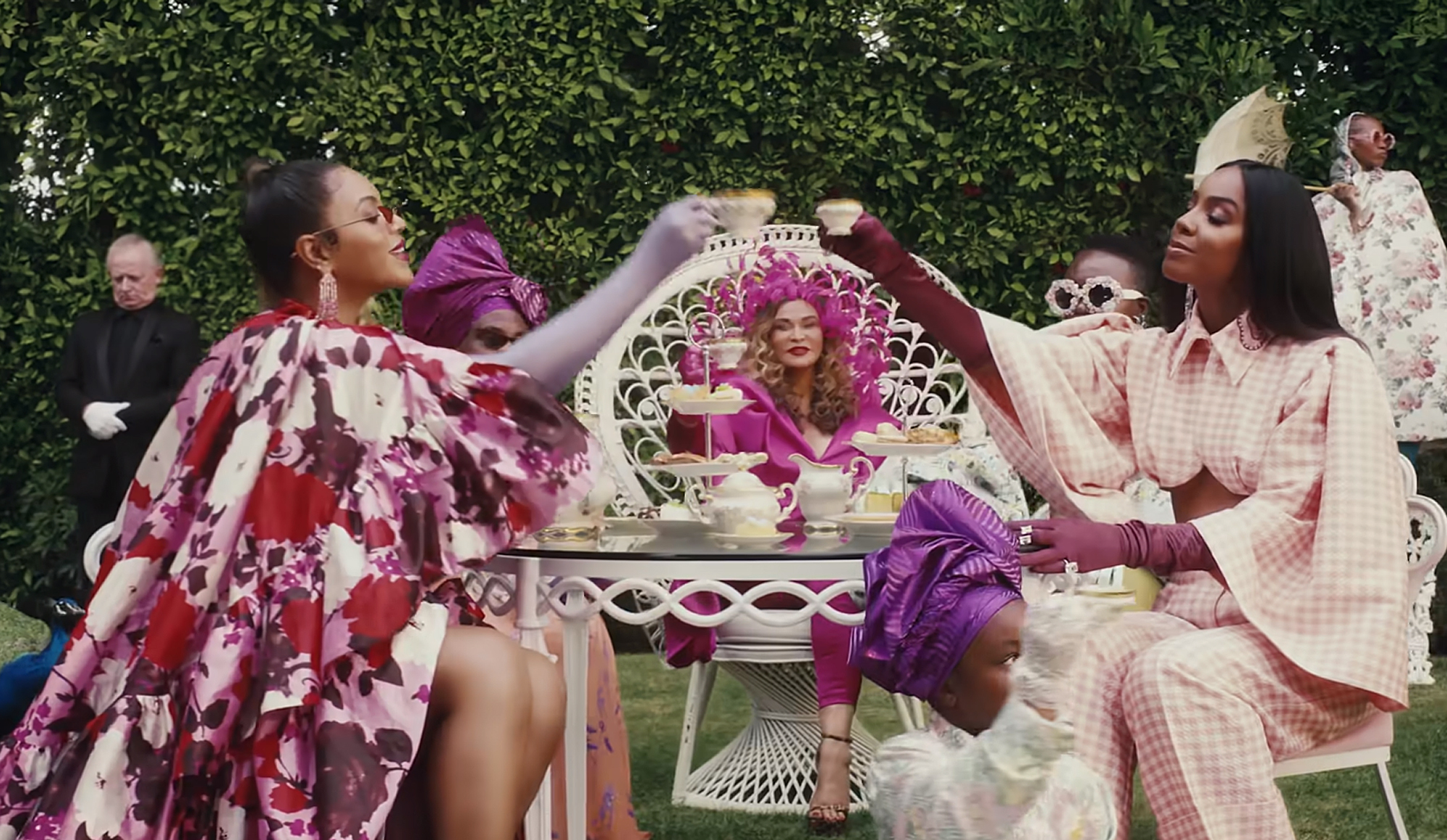 Raising a black child in a white society is always challenging. Most parents often lack the words to tell their children that they are beautiful the way they are. This is because their skin color and hair don’t conform to the standards of beauty that have been defined by a predominantly white media. However, Beyoncé’s Black Is King album, is now a form of teaching aid for parents. The visual album tries to change the narrative of what beauty means. However, some people have accused Beyoncé of being guilty of promoting Black supremacy.

The audio album drew a lot of attention. Most notably, Beyoncé’s  collaboration with African artists – not as side kicks but as equals. The visual album brings a whole new vibe. From the flamboyant display of breathtaking landscape to African fabrics and cultures, Black Is King is authentically African. Even more amazing is how Beyoncé was able to pull off African dance steps effortlessly.

ALSO READ: The Lion King Album Is Beyoncé’s Love Letter To Africa. Here Are The African Artists On The Album

Incorporating Africans and African Culture Into The Project 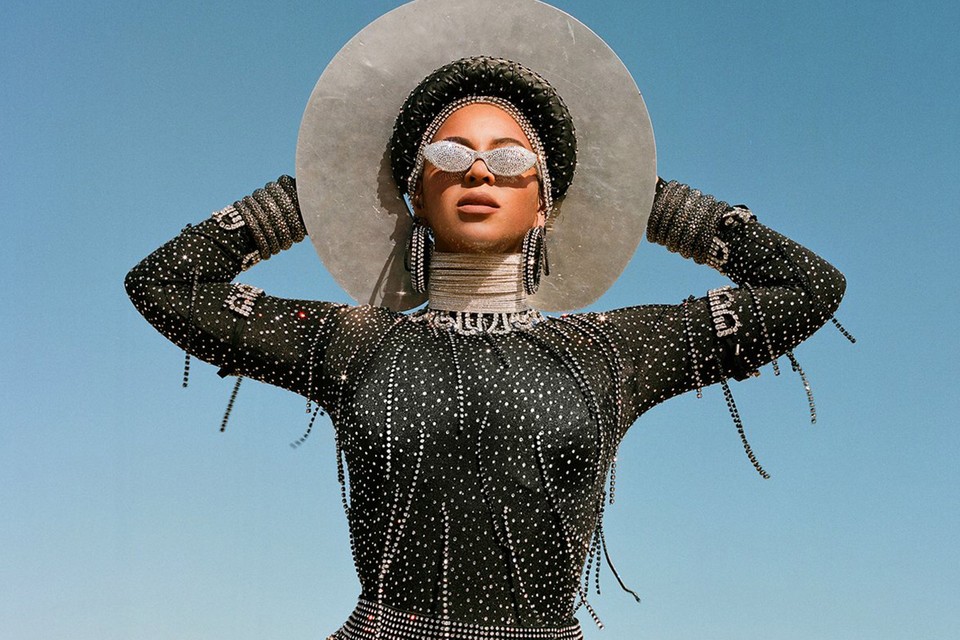 In the past, visual works that claim to promote African culture are dominated by Western symbols including jewelry and clothes. Beyoncé begs to differ. From outfit to jewelry, the Black Is King album is dominated by African symbols. Kenyan jewelry designer, Adele Dejak was among those whose creations were worn by Beyoncé. In an interview with Nairobi News, Dejak expressed her delight.

“I received an email from one of Beyoncé’s stylists asking us to send them some jewelry from our collection because Beyoncé is going to do a video and they asked me if I was interested. I immediately agreed. We did not even know when the shoot would be. The stylist said that they were interested in some of the bold pieces that we already have. We sent everything because we had a deadline. We sent lots of bracelets, necklaces, earrings, in fact in the video the backup singers are also wearing my jewelry.”

Dejak was not the only African to play a part in the project. Many of the costumes were done with the participation of Africans. The African Gele’s were by Los Angeles based Nigerian Gele business woman, Amusat Abiola Azeezat.

But that’s not the end of it. She pulled in some top African Artists as well like Yemi Alade, Busiswa, Wizkid and Shatta Wale. Many people in the cast of the visual album were from countries like Senegal, Ghana, Cameroon, Nigeria …

Black Is King is not your regular visual album. The multi-faceted stories promoted in the album cut across black history while incorporating sounds from the Lion King movie. There was also a scene that was clearly a parody of the romantic comedy by Eddie Murphy, Coming to America. An interlude of lessons for young Africans punctuates each track. One of the lessons said,

“To live without reflection for so long might make you wonder if you even truly exist.”

If you are a fan of dance, you would want to jump to the 38th minute of the album where you will see Beyoncé show off some incredible and energetic dance steps. One of the most controversial images in the visual album is Beyoncé’s choice of a White butler. Many criticized this to mean that she is promoting Black supremacy. The entire concept of the album threw social media agog with opinions. 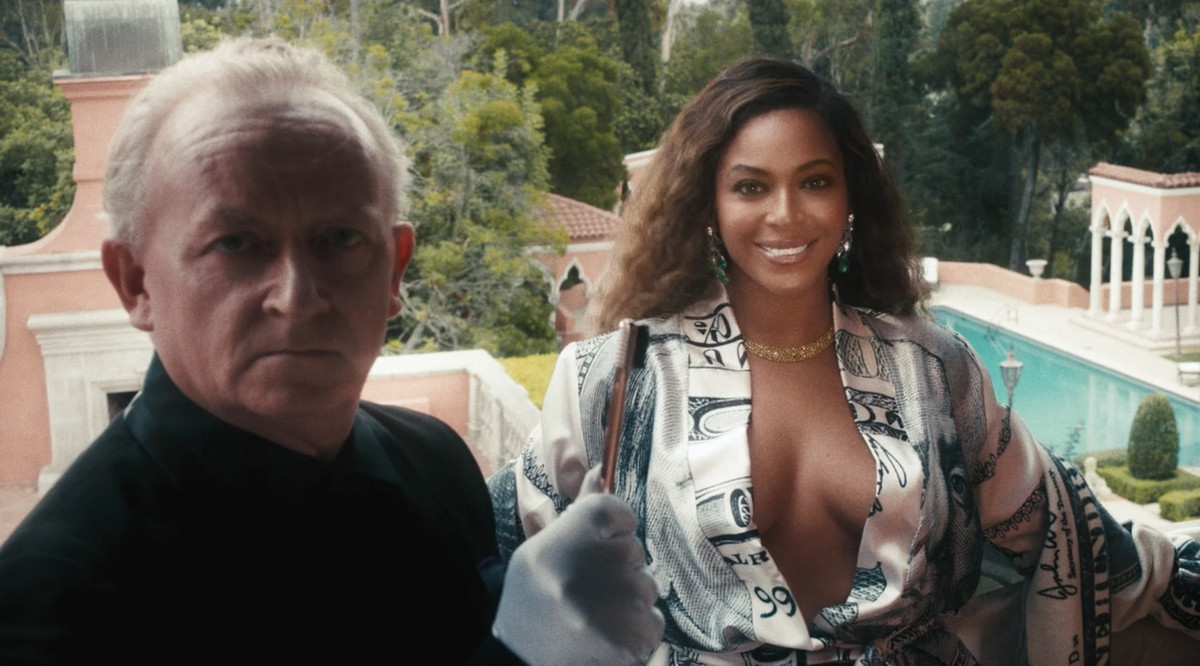 One of the first lines in Black is King, is "let black be synonymous with glory." This is nothing short of black supremacy AKA racism.

Beyoncé has turned into a real advocate for the Black Supremacy and Africa cause; as an very influential artist her messages reach the world and her audience. I appreciate her style and music, but what is going on right now is a different way of influencing.

I wrote about #BlackIsKing, the myth of Black supremacy, and why we don't need white validation in order to recognize and embrace our innate regality. My latest for @guardian: https://t.co/UhHB0Ddziu

I personally don’t agree with some of her stuffs but I don’t understand how some Christians are saying « Black is King » is her promoting black supremacy and racial war! I don’t get it but okay oh

Like it or not, we are all in this together.

so if you think Black is King is black supremacy because it’s a black cast and there was a white butler… you also agree that the millions of movies that have an all white cast is bc of white supremacy then? super happy we had this chat!

They support racism against whites. People say that there’s white supremacy but it’s actually black supremacy. Everything that happens the black people is racist. Black supremacy example:Disney+ jus released a new show called “Black is King” how racist is that. Thats not equality

Black is King came at the right time

There is no better timing for the release of the visual album than now that cultural conversation is high. Inasmuch as the making of the visual album has been in progress long before the death of George Floyd, Beyoncé exploited the ongoing conversation to release the album. However, there are still those that believe it was a wrong timing owing to the sensitive nature of the topic. Nevertheless, Black is King moves the narrative from skin color to inner beauty and self-esteem. It is a perfect example of black people telling their own stories.

In Hollywood’s past, black people have had their stories told by others. The visual album is both about the narrative and the narrator. Racial conversation is difficult and often uncomfortable. However, Beyoncé seems not to care. Black Is King breaks all possible cultural rules that have existed in the Hollywood film industry.

Arguably the most important message in the album is that Black people should not let other cultures define them. Beauty is universal regardless of skin color. As always, we would like to hear from you. Do you think that the album is simply empowering black people to appreciate their color or do you think it crossed the line into promoting black supremacy? Feel free to share your opinion in the comment box below.