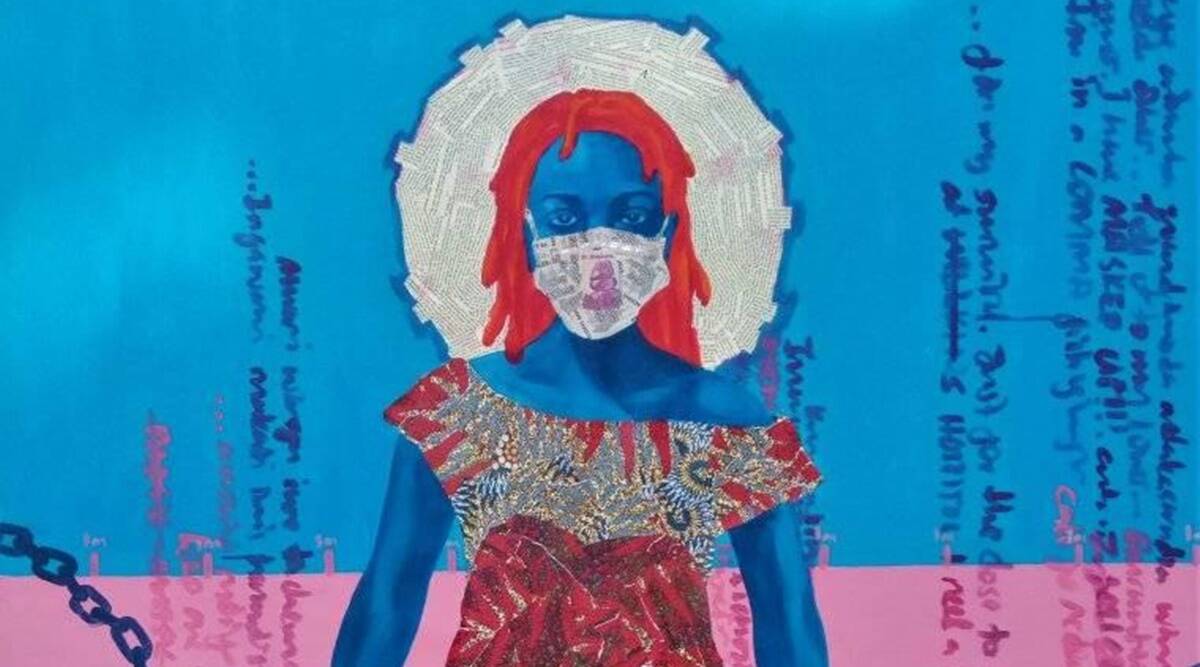 During the Mugabe-era height of hyperinflation in Zimbabwe, the late ex-president decided to print higher denomination notes. In fact, the banknotes were so worthless that the country had to print 100 trillion Zimbabwean dollar notes. That note could barely pay for a loaf of bread. Millions of people were thrown into poverty. You can wake up one morning and discover that the millions of Zim dollars in your account were worthless.

In 2009, the worthless notes were abandoned. Eventually, most of the high denomination notes ended in trash cans. Zimbabwean visual artist Prudence Chimutuwah has found a way to make people look at the old banknotes in admiration rather than irritation by transforming them into gorgeous art pieces. In an interview with Reuters, she said,

The motivation behind the creative banknote arts

Prudence Chimutuwah’s works are commendable for a number of reasons. Firstly, it shows the power of art in reshaping our minds. Secondly, her works are recycling old banknotes that would have gone to landfills and increased environmental pollution. In other words, her works have a positive impact on both the people and the environment. Speaking on her goal, Prudence said,

“I am trying to bring the element of celebration. I want people to see the beauty of the old banknotes. When people look at it, I want them to have the wow feeling that will make them forget the pain that the old banknotes caused them.” 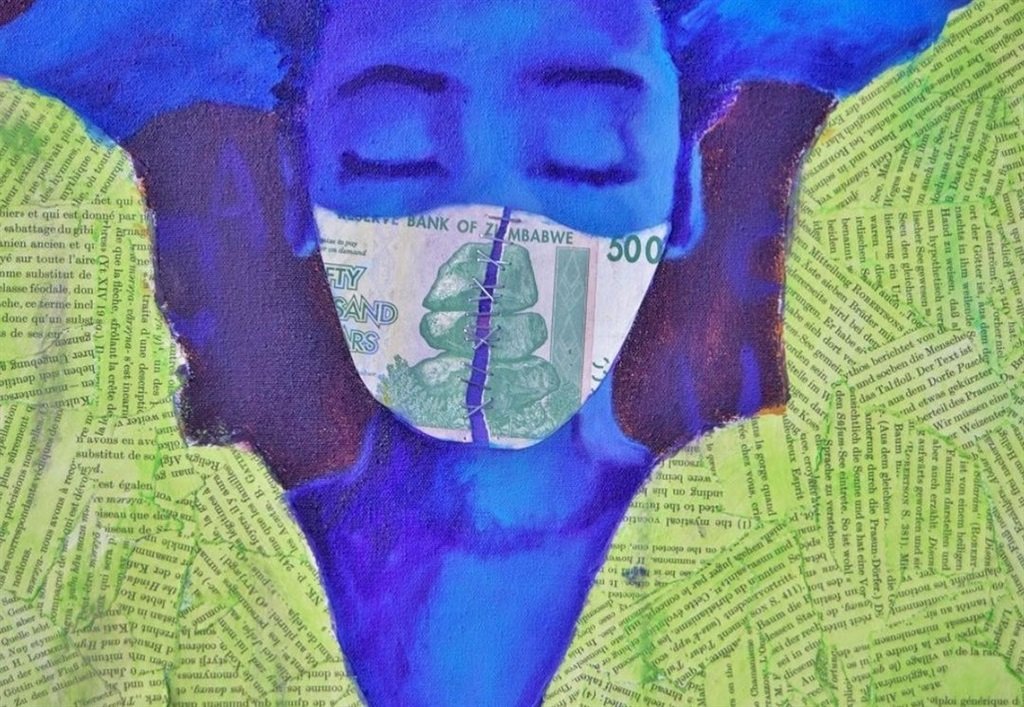 The visual artist uses her portraits to highlight the daily struggles of women. Some of her paintings show the struggles of women during the last days of the 2009 hyperinflation. From cooking to dancing or doing other domestic work, Prudence’s paintings often have the old banknotes stuck on the background or form part of the image.

Most of her images are in blue. According to Prudence Chimutuwah, this is a “symbol of strength and dominance”. She explains that if you meet a blue person, you must go closer to see what is happening. One of her portraits is a woman in chains. It was embellished with pieces of 1,000 and 50 billion Zimbabwe dollar notes. Reacting to the banknote art exhibition, art enthusiast Valarie Musaka said, 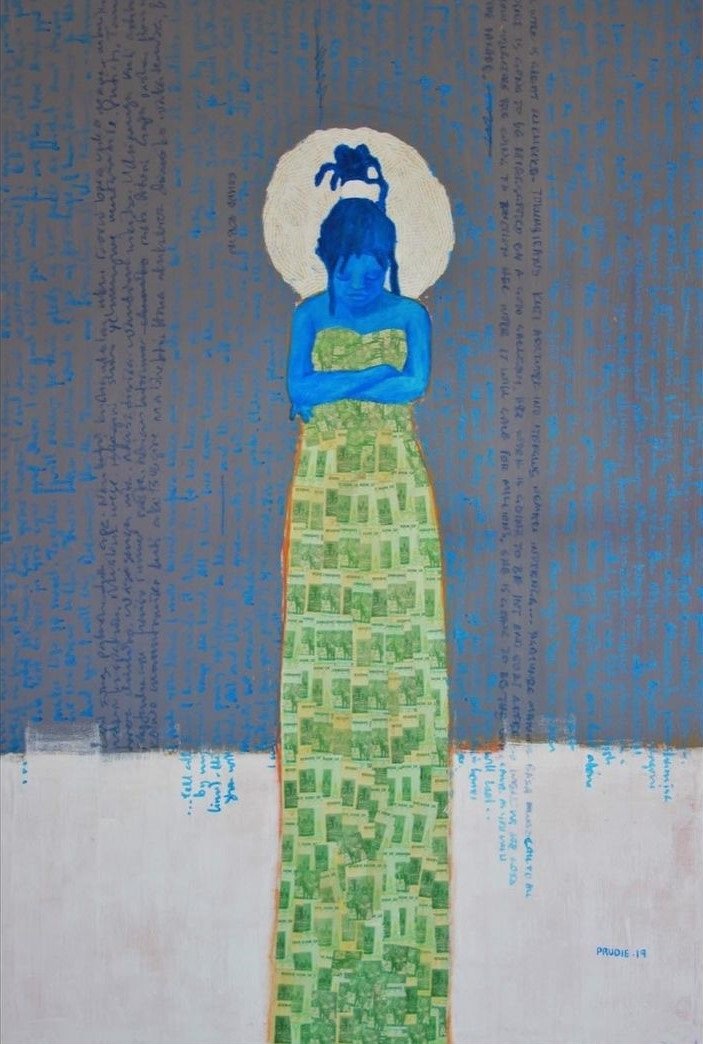 Putting old banknotes to a new use (Photo credit: News24)

“During this era, it is amazing to know and see that people are still thinking outside the box. They still have a positive vibe about this whole thing (the pandemic). That is what has really caught my eyes and it is amazing.”

For Prudence Chimutuwah, the exhibition allowed her to show how the pandemic affected artists too. Her exhibition made headlines on international media including Aljazeera English. Obviously, an individual can spark a far-reaching change. You can be that individual too.

Alemayehu Eshete Who Shaped A Generation Of Ethiopians Dies At 80. Here Is A List Of His Timeless Songs