All over the African continent, there are numerous examples that epitomize the drive for excellence and success among Africans. There are musicians who have made Africa extremely proud, footballers who have dominated the world, scientists who have blazed the trail. There are leaders who have broken bounds to ascend heights that no one ever thought possible, both in business and in government. Today we will talk about Nthabiseng Mosia and her drive to solve Africa’s power problem.

For a continent where women are restricted from performing certain activities, what Nthabiseng Mosia is doing is phenomenal. Her landmarks achievement in the field of renewable energy is what many considered impossible. For our latest Entrepreneur Spotlight, we beam our golden lights on Nthabiseng Mosia, the CEO of Easy Solar. 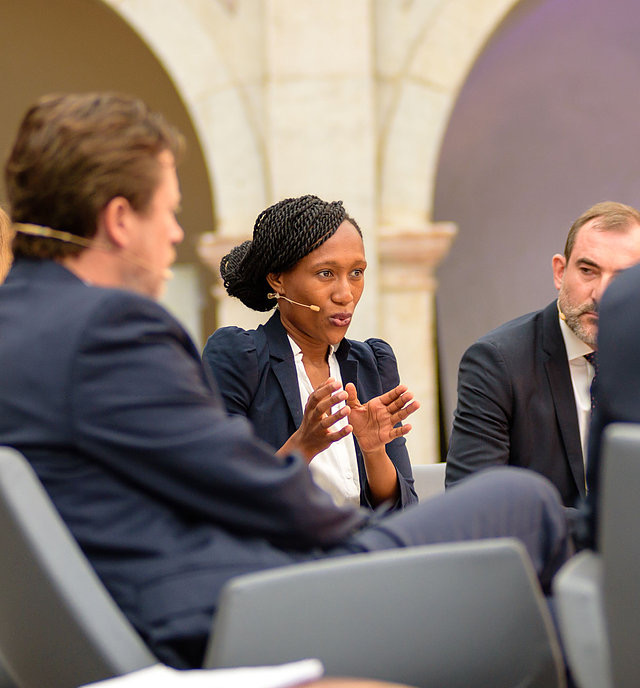 Nthabiseng Mosia is redefining what access to clean energy is about [Photo Credit: Nthabisengmosia.com]

Mosia was born in Ghana in 1990, and, while still a child, emigrated to South Africa. As a teenager, she occasionally experienced blackouts due to an unstable electricity supply. Eventually, she developed a keen interest in energy.

Upon graduation from high school in 2008, Mosia enrolled and bagged a Bachelor of Business Science in Finance and Economics from the University of Cape Town, graduating with first-class honors and distinction in 2011. Subsequently, she worked as a management consultant across Africa. In 2016 she studied for a Master’s degree focused on Clean Energy Finance and Policy at the School of International and Public Affairs, Columbia University, where she met the co-founders of Easy Solar, Eric Silverman and Alexandre Tourre.

How Nthabiseng Mosia Turned a Problem Into A Million-Dollar Solution

Abrupt power outage is a common occurrence in most African countries. This is also one of the reasons why businesses are struggling to scale in some regions of Africa. In places with fairly stable electricity supply, they are often too expensive. All through her life, Nthabiseng has had it in her mind to solve the problem of unclean and unstable electricity in African homes. In an interview, the energy mogul said,

“I am a Pan-African at heart who is passionate about building homegrown solutions to the continent’s most pressing development challenges. I was cognizant from a young age about the centrality electricity has in the daily life of people. South Africa’s national grid would occasionally go down in my home, leaving my family and I scrounging around in the dark.”

After her Master’s Degree program, she decided to start Easy Solar. The Sierra Leone-based social venture was founded to foster the interests of citizens and the commercial sector as a whole, and they basically make clean energy affordable to those who have no access to it. They achieve this by providing solar devices using the systematic financing approach of “rent-to-own” that leverages Pay-As-You-Go technology and mobile money.

They are able to track sales and payments through an online platform. Also, they give room for the creation of credit scores and remote customer support. They operate as a last-mile distributor and reach customers easily by the grid through a widespread network of agents in various communities. This makes clean energy both readily affordable and accessible to citizens. 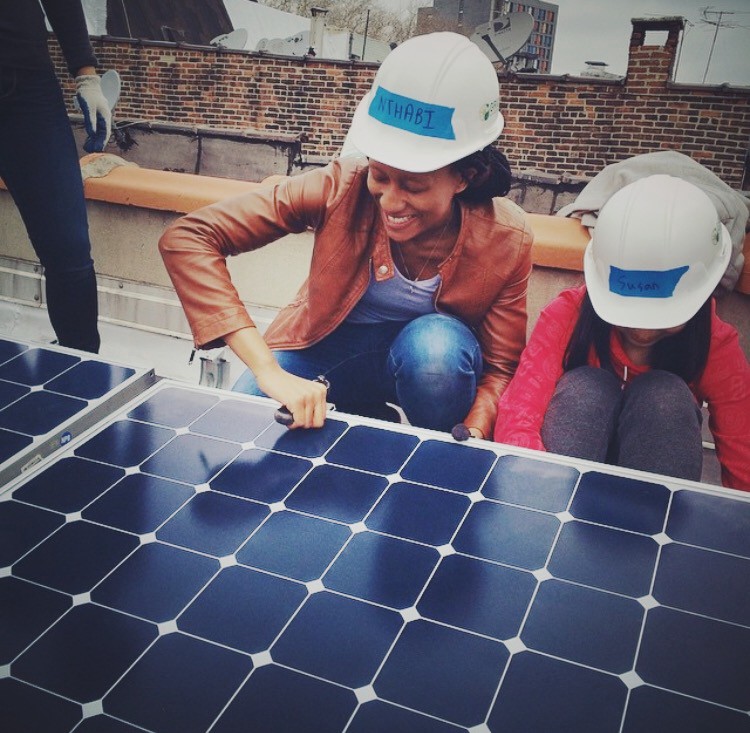 Since the founding of Easy Solar in 2016, the startup has been largely successful by all metrics. Firstly, on the issue of providing clean electricity, studies show only one in a hundred rural households in Sierra Leone had access to electricity. Mosia wanted to change that. Easy Solar has electrified at least 50,000 homes since its inception in 2016 and they plan on getting to 100,000 by the end of 2021.

More importantly, the company’s most important win is the expansion of its customer base. In roughly five years, Easy Solar has been able to provide electricity to over 300,000 Sierra Leoneans. The company’s customer base grew on a year-on-year basis at over 10% for the past three years.

With the rapid rate at which Easy Solar’s customer base is growing, Nthabiseng Mosia and her co-founders are exploring plans to expand to neighboring Liberia and Guinea. According to them, the plan is to replicate the Sierra Leonean model in these two countries so as to provide clean energy to even more Africans.

It Has Not Been All Rosy Though…

The road to acceptance for Easy Solar has not been a completely smooth ride. Mosia admitted the Sierra Leonean market was not welcoming in the early days. Poverty, inadequate awareness about solar energy, and their relatively unfamiliar nature made it a bit difficult to penetrate the market.

There was also the problem of government bottlenecks. Oftentimes, businesses in Sierra Leone find it difficult to do business, as government agencies demand for kickbacks and bribes. Easy Solar was no different. It had to overcome government issues before it started thriving.

#1. There Is an Untapped Goldmine Where Your Passion Lies

Nthabiseng Mosia always expresses how passionate she is about clean energy whenever she gets the opportunity. Right from her childhood, up to her choice of course of study, she followed her passion through till the end. The result is the building of the fastest-growing energy company in Africa which has lit up thousands of homes while employing thousands more. In addition to doing some societal good, Nthabiseng also smiles to the bank as her company’s rise will see it become a unicorn by 2030.

#2. Give Investors a Good Reason To Want to Invest in You

At the genesis of Easy Solar, Nthabiseng and her co-founder applied for funding from American angel investors. Winning two major ones in 2016 along with an Energy Hackathon in New York, set the pace for what was to follow. According to Mosia,

“My co-founders and I submitted our business plan for the idea to several different competitions and we were fortunate enough to win two major ones, along with a couple of hackathons around New York. These grants allowed us to conduct an energy survey of ~1,500 households across Sierra Leone and pilot our business to customers from March to July 2016”.

Today, her startup has received funding from billion-dollar multinationals, including MasterCard and Acumen. Her startup has also received investment funding from the African Enterprise Challenge Fund and the Gaia Impact Fund. Also, Easy Solar has repaid these investments handsomely. Listen to her talk about her business below.

#3. The Next Billion-Dollar Business Idea is Around You

Nthabiseng Mosia has always been vocal about how the prevailing conditions around her in her childhood motivated her to chase a career in providing clean energy. Quite simply, she harnessed her power to creatively look around her with a view to providing solutions to problems. As a business person, one of the most important qualities is observance. The power of observance has birthed billion-dollar companies such as Uber and Airbnb. You should look around you too and find problems. Unlock the solution and wealth will follow you.

#4. Challenges are Only A Stepping Stone

Like every successful business person in the game today, Nthabiseng Mosia encountered her fair share of challenges. Firstly, she had a family that proved unsupportive at the beginning of her career. They believed her grades could guarantee her the best jobs at Fortune 500 companies. However, she turned down the prospect of living a life with such juicy perks in pursuit of her business dreams. Thankfully, it paid off.

Away from her personal challenges, her business faced challenges too. In those early days, Mosia refused to quit and five years later, the story is different

#5. Trust is More Important than Capital in Business

Undoubtedly, Nthabiseng Mosia’s entrepreneurial achievement is a deviation from the expectation of women in Africa. Most times, African societies simply want women to marry and bear children. Blazing the trail, Mosia believes this is just the starting point. Hopefully, her story will be a source of motivation to many young women not to become victims of societal expectations.

Entrepreneur Spotlight: Young Jean Bosco Nzeyimana Demonstrating How Much Wealth We Can Get From Waste