Wakanda One Village Project Gets A Boost

World Tourism Day: Here Is How 15 Of Africa’s Most Popular Destinations Are Balancing COVID And Tourism

🤔Why Is WHO Telling African Countries To Use Expired COVID-19 Vaccines?

African films received rather unanticipated attention when the fantasy film Black Panther was released in January 2018. It brought together the finest African cast showing the interesting side of Africa. This Marvel Superhero film was based on an African fantasy country, Wakanda. This fictional country consists of rich African diversity, a technologically alluring community, breathtaking infrastructures, and valuable natural resources. Afterward, many were wondering, is it a real country? Well, some great minds are working to bring it to life.

The Location of The Wakanda One Village 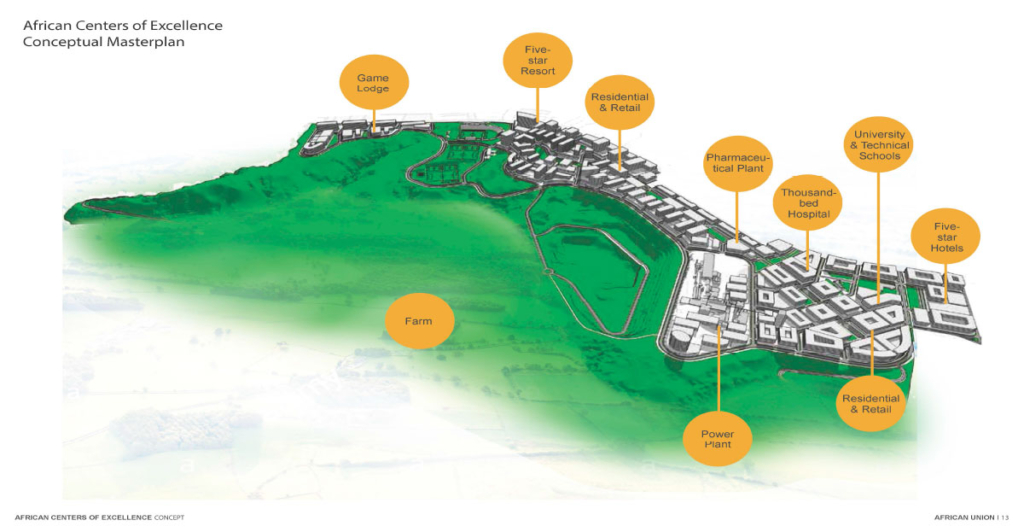 The republics of Zambia and Zimbabwe were kind enough to offer the UN 132 and 2,000 hectares of land, respectively. This construction will be the biggest project in the Southern region of Africa. This land borders the two countries around Victoria Falls. Wakanda One project aims to bring to life the fictional country, as seen in the film, but with more amenities such as learning institutions, health facilities, and better infrastructure.

Funding and Construction of the Wakanda One Village Project

The African Union will oversee the funding of this project through the African Diaspora Global Bank that is expected to raise $5 billion to fund the project. This was announced by Dr. Arikana Chihombori-Quao, who is the African Union Ambassador to the USA. According to her, the village would be run by the African Diaspora. This term represents a collection of communities of native sub-Saharan African descent living predominantly in America. The Wakanda One village will consist of;

The Ambassador said that the funds would be raised through contributions made by the African Diaspora by pledging a monthly contribution of $10, which will be pooled in the investment bank.

Current Construction Status of the Project

Wakanda One (1) is expected to be the first phase of the whole project, which will comprise a total of five centers across the continent. The five regions are Northern Africa, Eastern Africa, Central Africa, Western Africa, and Southern Africa. As of August 2020, not much is in the mainstream regarding the construction progress of the first phase of the project. Also, comments show that many are in the dark since the project doesn’t have a social media presence apart from their website, ADDI.

Following the Wakanda one village project’s announcement, Dr. Arikana launched the ADDI movement. It was to act as the meeting point of all African Diaspora passionate about going back home. The bold mission of this movement is to build a ‘one-stop-shop’ for Africans. Currently, donations and investments into this project are underway. A good number of Africans in the Diaspora are showing concern for the agenda.

ALSO READ: These Are The Innovative African Startups Awarded For Building Africa’s Future With Technology

The movement is now looking for the involvement of women and youth in the Diaspora for capacity building. Since the plan is to build a sustainable village by Africans, the ADDI organization through Ambassador Dr. Arikana, asks well-wishers to contribute to the ADDI operations fund. Consequently, these funds will be used to develop and run the Wakanda village.

In May 2020, Dr. Arikana and other Africans in the Diaspora went to Zambia for a summit to encourage African Diaspora to invest in copper mining in Zambia. The summit was organized by the Economic Association of Zambia in collaboration with Astria Learning of the United States. The Ambassador expressed her enthusiasm. Also, she talked about the plans that are already in place to mobilize the African Diaspora youth to lead the objectives of the development agenda.

Although the summit’s primary aim was to encourage the African Diaspora to invest in copper mining in Zambia, plans to visit the location where the Wakanda One project is to be built was included in the agenda. The summit organizers took the opportunity to sell the idea of a one-stop African organization to the attendees of the event.

ALSO READ: GAME CHANGER: Africa Has The Youngest Youth Population In The World. See What JA Africa’s CEO Is Doing About It

The Wakanda City of Return

The current president of African Diaspora Development Institute (ADDI) Dr. Arikana Chihombori-Quao is not relenting in the quest to make Africa a tourism hub. Dr. Chihombori-Quao and her partners launched a smart city project in Ghana. The title of the project was simple, ‘Wakanda City of Return’. For people of African descent that wish to return home, this place will be a sort of sanctuary. Also, it will be a learning space for those who are eager to know more about the black race.

Available information shows that Ghanaian authorities have already given their nod. Therefore, the smart city construction will begin in Ghana soon. However, the goal is to replicate similar smart cities across all nations of the continent. In Ghana, the location of the ultramodern facility is in Cape Coast. This is also the place that European slave traders finally brought their slaves together before shipping them to the Americas. During the launch of the project, Dr. Chihombori-Quao said,

“This is the city that must be built by the children of Africa, for the children of Africa. We are not going to beg around the world… Also, we do not need aid because we are a very wealthy people if we come together. Today my brothers and sisters, we begin the journey of turning over a new leaf of building the Africa that we want. Of building a sustainable Africa for us, by us.”

What to Expect Moving Forward

Undoubtedly, several sectors of the economy are currently stuck due to the COVID-19 pandemic. Furthermore, nations are uncertain of what will happen before the end of this year. This situation has caused much lag in infrastructural plans such as the Wakanda One Village construction.

ALSO READ: 10 Exciting Places To Visit In Africa After The Pandemic

We are hopeful that virtual conferences are still going on among the project leads. Also, online campaigns meant to encourage African Diaspora to subscribe to the agenda is ongoing. Even though the actual construction might take a while to commence, planning in terms of prototyping and drafting is still ongoing. At African Vibes, we are all about tracking positive efforts in the African region. So, be sure to stick around for more updates.

COVID-19 Deaths In Africa Are Much Lower Than Everyone Expected. We Have Some Ideas Why

The Best African Heads Of Government Of 2019