In some parts of Africa, Internet access is still a luxury. However, that narrative is changing rapidly. According to a report by the International Telecommunication Union, only about 28 percent of Africans used the Internet in 2019. That is nearly half of the 1.216 billion inhabitants in the continent. The usage can vary from one country to another. In Kenya’s Rift Valley, Alphabet Inc. launched the world’s first commercial high-speed Internet balloons.

The Internet balloons float around the stratosphere, beaming 4G Internet signals to the remote villages in Rift Valley. Loon, a unit of Alphabet Inc. (Google’s parent company) runs the services. However, Loon partnered with Telkom Kenya, the third-largest telecoms operator in Kenya, to make this a reality. Speaking after the launch, the Information Minister, Joe Mucheru said,

“Kenya is the first country… to have base stations high up in the sky. Now we will be able to cover the whole country in a very short span of time.”

Interesting facts about the Internet balloons

“ an exciting milestone for Internet service provision in Africa. The internet-enabled balloons will be able to offer connectivity to the many Kenyans who live in remote regions that are underserved or totally unserved, and as such remain disadvantaged.”

In one field test, the download speed hit 18.9 Mbps (megabits per second) while the upload speed was 4.7 Mbps. The 4G coverage will empower rural dwellers to stream video, surf the Internet, make voice and video calls, and text. Subsequently, there will be 35 of these solar-powered balloons in constant motion over East Africa’s stratosphere. Loon has signed a deal with Mozambique for a similar technology. 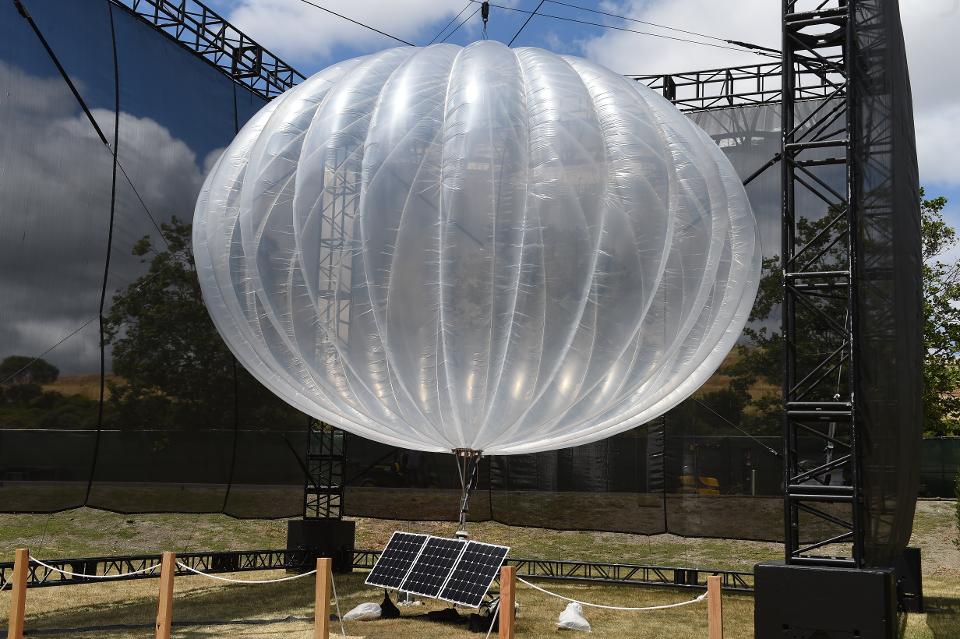 Inasmuch as Loon’s Internet balloon is laudable, critics have a different opinion. Kenya has a population of 48 million. About 39 million people in the country are already connected to the Internet. Thus, critics believe launching the technology in Kenya was needless when there are other African countries with far less connected citizens. However, Loon’s chief executive, Alastair Westgarth said,

“Kenya is an ideal place for us to begin this new era of stratospheric communications. The country has been incredibly innovative about finding new ways to connect unconnected populations. As a new, innovative technology, this is a great fit.”

Loon was part of Google’s 2011 ‘moonshot project’. The California-based company became a separate company in 2018. In the same year, they signed a deal with Telkom Kenya to offer commercial service. Loon is one of the companies to have emerged from Alphabet’s research and development lab called X. Another company to emerge from the X project is the self-driving car unit, Waymo.

Recall that Loon deployed similar Internet balloons in Puerto Rico after the 2017 Hurricane Maria to connect over 250,000 people. This was in conjunction with AT&T and T-Mobile. Also, the technology was used in Peru after the 8.0 magnitude earthquake of 2019 in collaboration with Telefónica.

Beaming 4G Internet services to rural dwellers is a great idea. However, the project may still fail to achieve its aim. The reason is that a large proportion of rural dwellers cannot afford 4G-enabled phones. Sharing a similar view, Phares Kariuki, the chief executive of data management company Node Africa said,

“I feel this solution is inordinate with the problem being solved. Loon is a fringe solution for places where last-mile connectivity will be too expensive because the people are sparsely populated. It’s not the best solution for this market.”

What will be the use of a fast Internet if the majority of the people it is intended for cannot afford it? However, it can mean a lot for the few that can including advertising their products to a wider audience. There is no better time for this innovation than now that COVID-19 has forced people to work from home.