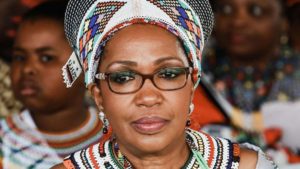 Shiyiwe Mantfombi Dlamini Zulu, queen of South Africa’s Zulu nation, passed away on April 29 at the age of 65. The Zulu Queen died a month after becoming the ruler of the largest ethnic group in South Africa. Queen Mantfombi took over leadership following the death of King Goodwill Zwelithini (her husband) in March this […]