Spotlight On 10 African Celebrity Couples Who Are Still Going Strong

A true Edo Princess, Latifat Momodu-Lamoliatte will unveil some of her inspired designs on the IWA Runway 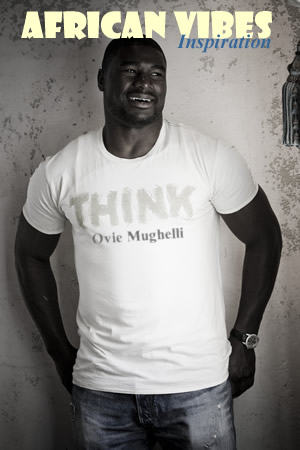 28-year-old Ovie Mughelli is single, handsome, the highest-paid #fullback in the NFL, and one of its hardest working athletes. In an interview with #African Vibes Magazine’s #Amabel Niba for the Jan/Feb 2009 Issue, Mughelli talks about his experience growing up in the US with #Nigerian parents, their cultural differences and some of the challenges he had to overcome to become one of the best fullbacks in the NFL. 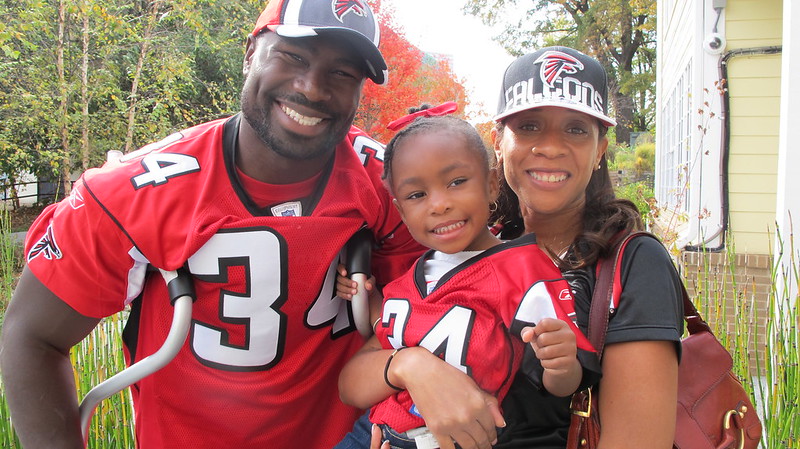 Amabel Niba: Did you feel any different from the African American kids?

Ovie Mughelli: I always knew I was different from the African American kids. My mother would usually say “you are not like everyone else. You are an African child”. Some of the things that the other kids could do, I wasn’t allowed to do.

Amabel Niba: You took a tough journey and are now the highest-paid Fullback in the NFL. Did you ever doubt yourself?

Ovie Mughelli: I doubted myself in college. Wake Forest was a very distinguished school. I was the only football player there who tried to go Premed. Also, I was taking all the hard classes such as Organic Chemistry, Biology… I even took Anatomy. The students in the class were not athletes so they had twice as much time to study; to prepare and be involved in the class.

Being a student-athlete, I didn’t have as much time. I was flying to Texas, New York … all over the place to play games and then I had to practice. It was difficult for me. I would go to class sometimes, tired and sleepy drinking coffee trying to stay awake. I would sit in the class for an hour and have no idea what the teacher was saying yet the test was tomorrow.

However, I would look at everyone in the class and say “If these people can do it, I can do it too. I just have to work hard. There is no reason I can’t do it. I just need to calm down, work harder, get more help and properly schedule my time.” Time management is what my parents preach. That’s how they got to where they are today. I had to cut out the partying, cut out hanging out with girls so I could spend more time on my major which was Sports Medicine. If I wanted to be good, I had to work at it.

The same thing goes for football. When I got into the NFL, I doubted myself so much. I thought to myself “I was good in College. I was actually great in college but can I make it in the NFL? The guys are so big and so fast.” You had Guys like Ray Lewis … I could beat linebackers in college but in the NFL, the linebackers were monstrous. They were beastly. Also, they had veins popping out of their arms. They were like gladiators with red eyes. That’s how they seemed to me at the time; Like these immortal monsters. I felt like there was no way little old me could block them.

It’s just about working at it. I would never have gotten to the point where I could knock him down, where I could take on any linebacker and feel like one of the best at what I do if I had given up. It’s all about persistence, sticking to it, and not giving up on yourself because if you give up on yourself you will not have a chance to know how good you really are.

Read the entire interview in the upcoming digital and print edition of the African Vibes Magazine coming out on January 1st, 2009.