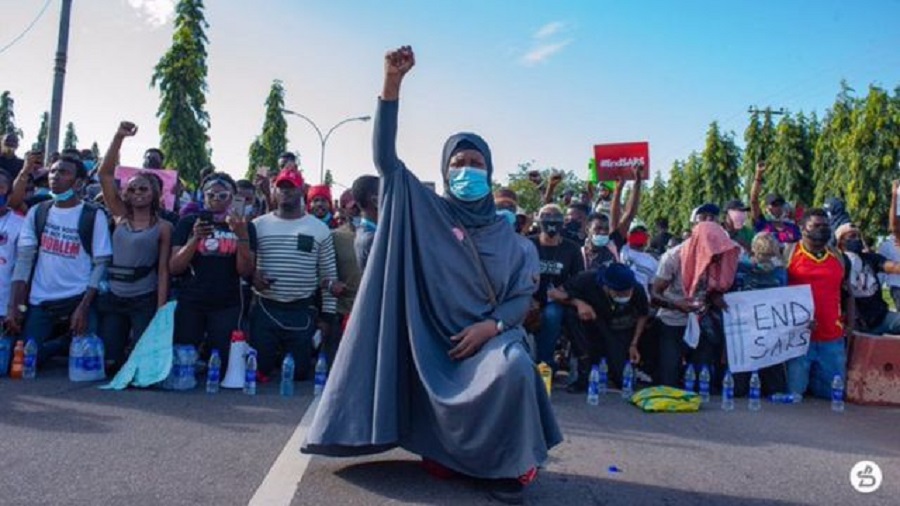 For over a week now, Nigerians (mainly youths) have been on the street protesting against police brutality. The movement which began in early October has probably lasted more than the Nigerian government anticipated. There have been previous protests on police brutality and a call to #EndSARS. However, past protests mostly start and end online.

What are the protesters asking for? Their demand is the total reform of the Nigerian police. From total scrapping of the rogue Special Anti-Robbery Squad (SARS) unit to increase in police pay the protesters are demanding better policing structure that will protect them rather than harass and extort them. However, the government seems to be silent to the demands of the protesters.

What is the government’s response to the protest against police brutality?

This is probably the first time since the end of the civil war that Nigerian youths are uniting on religious and ethnic lines to fight a common evil—police brutality. Some protesters like Irianele Virtuous are working behind the scene to ensure the success of the protest. Speaking to Aljazeera, Virtuous said,

I saw a generation with one voice during the #PrayerWalk in Ilorin Today.

We prayed in Christianity & in Islam. We prayed for those who have lost their lives to #PoliceBrutality & insecurity & we prayed for our dear country, Nigeria🇳🇬.

“My focus is on making sure people in these large gatherings don’t get dehydrated. I’m always ensuring that water is on the ground, that glucose is available, as well as food masks so that people will wear them to shield against coronavirus.”

Inasmuch as the protest has been generally peaceful, the government response has been far from palatable. In one instance, protestors were blasted with water and teargas canisters. In some states, the protesters were battered by policemen. Unfortunately, some protesters have lost their lives as a result of the protest. However, the protesters against police brutality are unwavering in their demands and would not bulge until all they are met.

How the government should have reacted

To date, President Muhammadu Buhari is yet to address the nation regarding the protest. Perhaps, a national broadcast would have helped to douse the tension in the country. However, the president’s silence means the people are unsure of his stance on police brutality. So far, most of the responses have come from the Inspector General of Police (IGP), Mohammed Adamu.

These are some of the atrocities that have triggered the #EndSARS protests. pic.twitter.com/dD8qhXvrub

After days of the #EndSARS protest, the IGP announced the dissolution of SARS. However, he also announced the formation of a new Special Weapons and Tactics (SWAT) team to replace SARS. A name change in Nigeria rarely lead to real change and the protesters were not satisfied.

In addition to total reform, the protesters are demanding the immediate release of all arrested members and compensation for families of those who have died from police brutality. One thing is clear, the citizens are fed up with government insincerity. Perhaps, President Buhari needs to sit up or stand aside. Again, this is the view of some of the protesters.

Well, there is still a section of the country that feels the president has done enough. Consequently, they are planning a solidarity march in support of the president at the national capital. So, which side of the argument are you? What is your rating of government response to the protest? Please share your thoughts in the comment box below.