Could the low rate of Coronavirus in Sub-Saharan Africa be from Chloroquine use?

Zimbabwean First Lady Is Transforming Lives Through Angel Of Hope. Here Is A List Of Her Donors

Since its launch in 2014 by the Varkey Foundation, the Global Teacher Prize has sought to identify exceptional teachers around the globe.  The teachers are judged not only by their impact on their students but on their community. The prize also comes with a $1 million award. The 2019 winner of the Global Teacher Prize is Peter Tabichi, a science teacher in Njoro, Kenya. 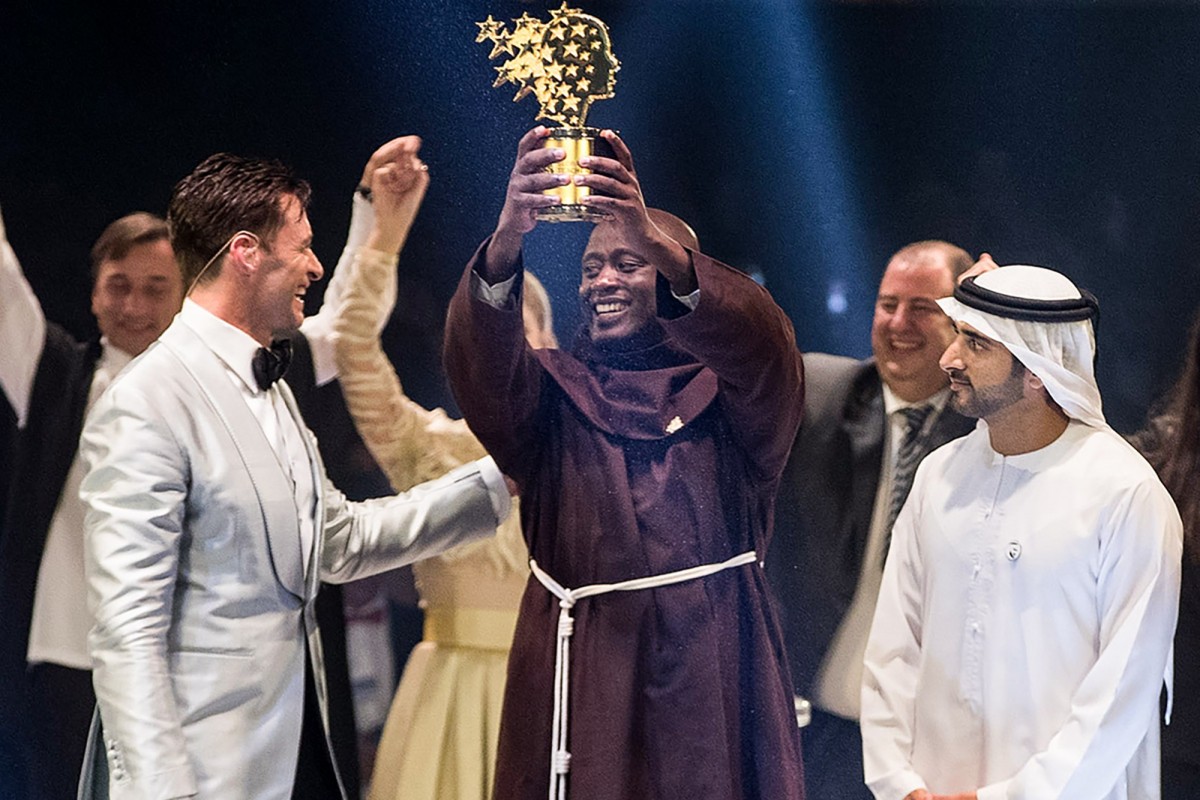 “Peter is a science teacher who gives away 80% of his monthly income to help the poor in his home country of Kenya. His dedication, hard work, and belief in his student’s talent has led his poorly resourced school in Kenya to emerge victorious after taking on the country’s best schools in national science competitions.”

Since receiving the Global Teacher Prize, Tabichi has been traveling around the world. He recently met with President Trump at the White House ahead of the 74th United Nations General Assembly. Tabichi also had the honor of leading the house in opening prayer during the 74th Congress. Consequently, he recited the St Francis’ Peace Prayer. However, towards the end, he added, 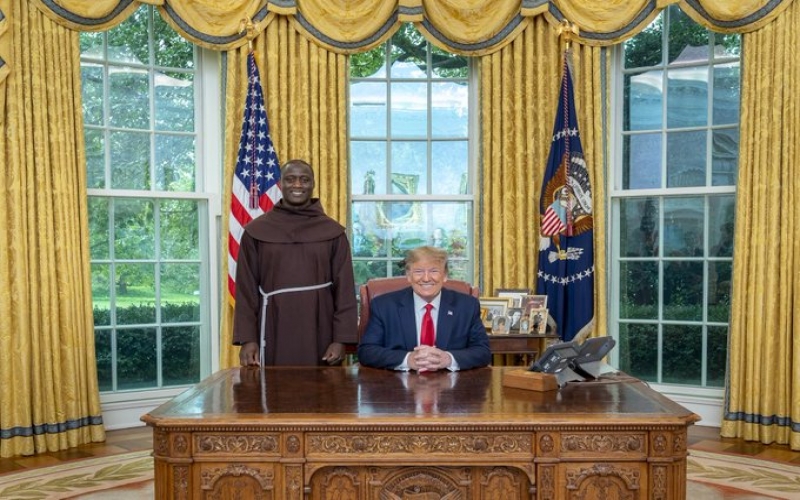 “We pray for peace in the world. We pray that our hands and hearts be stretched out in compassion in the service of others. (Lord) You remind us; whoever wants to be first must take the last place and be the servant of everyone else. Lord, make us an instrument of your peace.”

From Kenya to the world

Peter Tabichi is a member of the Third Order Regular of St. Francis of Assisi (OSF). This is a religious institution with its Generalate in Mountbellew, Ireland. Tabichi currently teaches mathematics and physics at Keriko Mixed Day Secondary School at Pwani Village in Njoro, Nakuru County. The dedicated Global Teacher Prize winner gives 80% of his salary for local community projects including peace-building, sustainable agriculture, and education.

The Rift Valley is unique because it is prone to famine. Also, 95% of the students are poor while 30% are either orphans or from single-parent families. Nonetheless, Tabichi has succeeded in changing the lives of the students and the community in many ways. This includes the promotion of inter-ethnic peace and the introduction of Talent Nurturing Club. The Global Teacher Prize winner also expanded the science clubs. He said,

ALSO READ: South African Professor Gets The Highest Honor In Italy. Here Is What She Did

“The school is in a very remote area. Most of the students come from very poor families. Even affording breakfast is hard. They’re not able to concentrate, because they haven’t had enough meals at home.”

Transforming a school with a student-teacher ratio of 58: 1 is not easy. However, Peter Tabichi’s believe in himself and his student paid off in the 2018 Kenya Science and Engineering Fair. The school beat some of the best schools in the country by inventing a device that allows deaf and blind people to measure objects. Also, the Mathematical Science team has qualified for the INTEL International Science and Engineering Fair 2019 scheduled to hold in Arizona, USA. The Global Teacher Prize winner said,

“I’m immensely proud of my students, we lack facilities that many schools take for granted, so as a teacher, I just want to have a positive impact not only on my country but on the whole of Africa.”

Life after the Global Teacher Prize

Teaching runs in the blood of the 36-year-old Global Teacher Prize winner. His father, uncle, and cousins were teachers and he admired their work. After winning the Global Teacher Prize in March, Peter Tabichi was appointed the first ‘Champion for Children in Conflicts and Crisis’ for ‘Education Cannot Wait’ in April. ‘Education Cannot Wait’ is a global fund for education in crisis.

Consequently, Tabichi now champions the cause of over 75 million children in regions of conflict or natural disasters. Former UK Prime Minister, Gordon Brown recently described Tabichi as an inspiration to all involved in teaching and learning. Tabichi’s word of advice to all educators is this,

“To be a great teacher you have to be creative and embrace technology. You really have to embrace those modern ways of teaching. You have to do more and talk less. Click To Tweet”

About the Varkey Foundation and the Global Teacher Prize

In 2013, the chairman of Varkey Foundation, Sunny Varkey commissioned Populus to carry out in-depth research on the attitude towards the teaching profession. Populus is a leading research and strategy consultancy. Sunny Varkey though this was important since his parents were both teachers. The result comprising of opinion from 21 countries was shocking. Consequently, this led to the birth of the Global Teacher Prize. The aim of the prize was to raise the profile of the teaching profession.

The inaugural edition of the prize had over 5,000 entries from 127 countries. Consequently, it got high media attention and endorsement from popular global figures including Tony Blair, Bill Clinton, Bill Gates, and Her Majesty Queen Rania Al Abdullah of Jordan.

The first prize was awarded in 2015 to Nancie Atwell of the United States. However, Peter Tabichi is the fifth recipient and first African to win the Global Teacher Prize. The million-dollar prize is now regarded as the Nobel Prize for teaching. The head of the Varkey Foundation has made his intention clear,

“We want to promote teachers as stars and to support the quality of education to highlight the enormous impact teachers have on our lives. Teaching needs to be the most important profession in the world and they’ve got to be given their due respect.”

Applications and nominations for the Global Teacher Prize 2020 are now open. However, the deadline for the application is 14th October 2019. For eligibility and judging criteria, click here.

Which of your teachers had the most impact on you?