After nearly 30 years of stability, Namibia still struggles to heal from its old wounds. In the early 20th century, German colonial authorities carried out a brutal and inhumane genocide on their host. For the past few years, the Namibian government has been pressuring Berlin to acknowledge its cruelty and pay reparations for the Herero and Nama genocide. Recently, the German government offered a reparation but Namibia’s government is not impressed.

In June this year, Namibia’s President Hage Geingob said Germany had offered $11.7 million in reparations. However, in August, a statement from the presidential palace rejected the offer by its former colonizers. Geingob maintained that the offer is not acceptable and needs to be revised. A statement from the Namibian President said,

“The current offer for reparations made by the German government remains an outstanding issue and is not acceptable to the Namibian government.”

ALSO READ: MUST READ: Africa’s Happiest Countries Might Not Be The Ones You Expect

The Germans that I have no problem paying reparation the Jewish people. Is trying to give the people of Namibia a few million dollars for the genocide took place 1904 to 1908.Germany is a racist country that need to pay reparations for African holocaust. https://t.co/3fPSDBQg5t

Furthermore, President Geingob strongly faults the terminology used by Berlin. As a result, the president has asked Zed Ngavirue, Namibia’s special envoy to continue with negotiations for ‘revised offer’. The negotiations between the two countries began in 2015. Berlin was to give an official apology and development aid as compensation for the death of thousands of Herero and Nama tribes. However, Berlin is yet to do so, although they acknowledged the colonial atrocities.

Meanwhile, the German government has repeatedly refused to pay any direct payments dubbed as reparations. Not only that but also points out to the millions of Euros given to the country in aid. Berlin says that Namibia receives much more German aid than any other country. And maintains that it shows their commitment to the people of their former colony.

Herero and Nama Genocide in Namibia

Namibia has endured many years of ill-treatment from the Western world as well as neighboring South Africa. However, Herero and Nama genocide remains one of the darkest moments in the nation’s history. Between 1904 and 1908, the German colonial forces pressed ahead to colonize more land. The indigenous ethnic groups Herero and Nama tribes defied their colonialism. They stood firmly against the expropriation of their cattle and land by their colonizers.

ALSO READ: Namibia Is Suing Germany For Reparations And Here Is How People Have Reacted

In response, the head of German forces in the region, Lothar von Trotha ordered a genocide. According to historians, about 65,000 to 80,000 persons were killed. Those that survived the massacre were detained in concentration camps. The first genocide of the 20th century wiped out nearly 50 percent of the Nama population and 75 percent Herero population. For the past five years, the two governments have been on the negotiation table. Now, they have entered the eight rounds of talks. 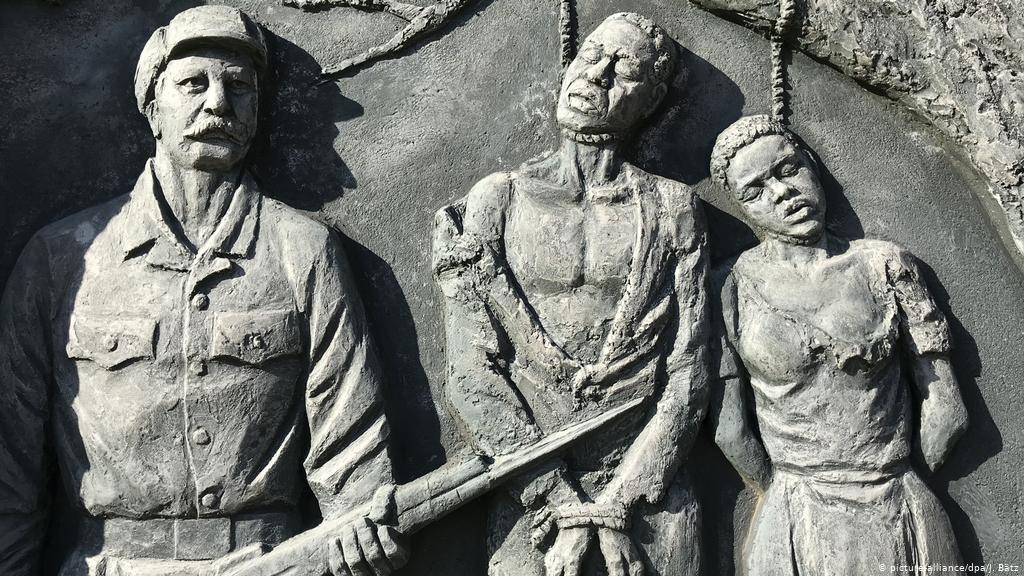 Nama and Herero tribes’ descendants have demanded $4 billion in compensation from Berlin. They have also criticized the negotiations saying that they feel left out as Berlin refuses to include them. This has also led to the erosion of public trust in the negotiations. Meanwhile, the German envoy highlights that Berlin has channeled 800 million pounds to Namibia since its independence. In other words, Germany has made up for the genocide in other ways. However, Namibians are not buying the logic.

Importance of Reparations and The Bright Future

There is no doubt that a formal apology from Germany will set the tone for reconciliation. Such act will go a long way in pacifying the descendants of the two tribes. Also, Namibia will really benefit from a ‘meaningful’ reparation particularly at this time of COVID-19 pandemic. Since 2016, the economy of the southern African country has been battling to overcome recession and two severe droughts.

Hugely important. There should be a tsunami of reparation claims.

“#Namibia government is asking #Germany to fund seven development projects as reparations for the massacre, primarily in areas inhabited by descendants of the victims of the genocide.” https://t.co/7GKskxTBjN

ALSO READ: Namibia Wants To Access Africa’s $4 Billion Market And Here Is Why

President Geingob said it has identified housing, agricultural, power sector, and infrastructure as areas for cooperation. However, some fear that the development would not benefit the tribes of Herero and Nama. As allies, Germany and Namibia need each other. They will hardly be able to explore this bright future unless they resolve the painful past. Nevertheless, do you think the Namibian government did the right thing in rejecting the reparation? Please share your views in the comment box below.