The Pentagon announced recently that the U.S. troops would be leaving Somalia on January 15, 2021. That’s five days before President-elect Joseph R. Biden Jr. is scheduled to assume office. The decision is attracting mixed feelings. However, we wonder why such a critical decision is coming at a time when the president should be preparing to hand over power. Will the departure of U.S troops affect the dynamics of the Somali war?

A Brief History of the Ongoing Conflicts in Somalia

Somalia was once a peaceful country. In fact, it was once nicknamed the “Switzerland of Africa”. From the moment Somalia gained independence from Britain and Italy in 1960, she has always enjoyed prosperity, held free and fair elections, and was democratically ruled from 1960 to 1969. However, a military coup led by General Mohammed Siad Barre overthrew the democratic government.

Consequently, the country suffered military dictatorship from the 1970s through to the 1980s. In January 1991, a coalition of rebel groups defeated Gen. Siad Barre’s government. However, the overthrow of Siad Barre created a power vacuum in the country. As a result, many of the rebel groups began competing for influence. For instance, in Southern Somalia, armed factions led by USC (United Somali Congress) commanders General Mohamed Farah Aidid and Ali Mahdi Mohamed had several clashes. Each of them sought to exert power over the capital city of Mogadishu.

In June 1991, the Somali National Movement (SNM) declared secession in Somalia’s northwestern parts. The group renamed the region “The Republic of Somaliland”, and installed its leader, Abdirahman Ahmed Ali Tuur, as president. Armed confrontations continued to spread throughout the country in the following months, with over 20,000 people killed or injured by the end of that year. According to reports, an estimated 500,000 people have lost their lives in the Somalia war since it began in 1991.

What is Going on Presently? 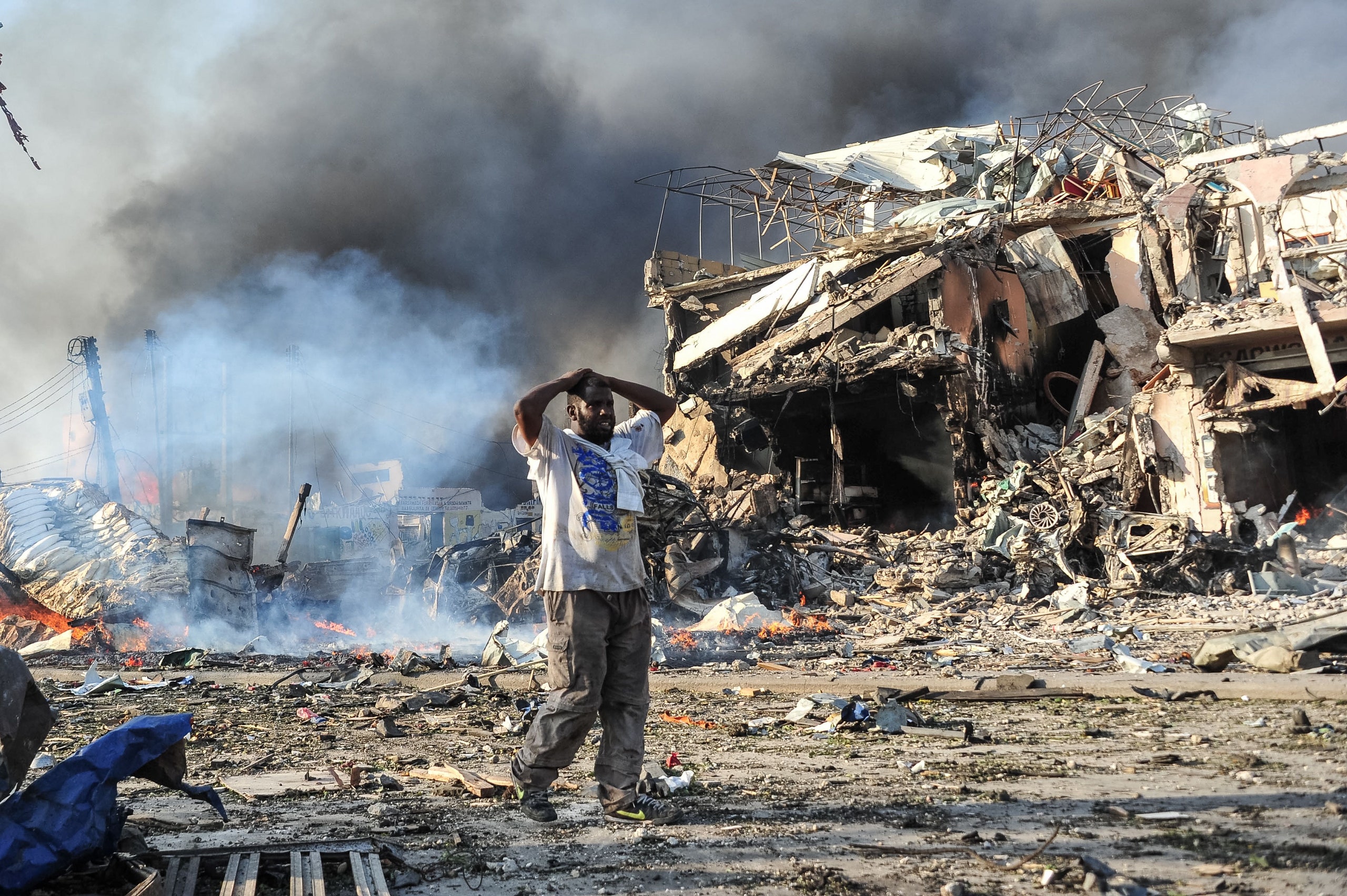 Somalia has tried to return to a peaceful democratic rule. However, such efforts have continually been frustrated by the ongoing civil war and Al-Shabaab, an extremist Islamist group with affiliations to Al-Qaeda. Al-Shabaab emerged around 2007 with a mission to overthrow the U.S.-backed Somali government and establish an extremist Islamist nation. In 2012, Al-Shabaab leaders pledged allegiance to Al-Qaeda. Consequently, the terrorist group has conducted several bombings and high-profile attacks in Somalia. It has also mounted attacks on neighboring countries.

One such assault was in 2013 on a shopping mall in Nairobi, Kenya, that left 67 people dead. Another one of its attacks was on the Manda Bay Airfield along Kenya’s coast just south of Somalia. Terrorists killed a 23-year-old U.S. soldier and two Defense Department contractors. More than 3,500 civilians have been killed in Al-Shabaab attacks during the ongoing Somalia war.

When Did the U.S. Get Militarily Involved With the Crisis in Somalia?

The first instance of the U.S.’s military intervention in Somalia was in 1992 when America sent her military force into the country as peacekeepers. Due to the intensity of the Somalia war, rebels destroyed the country’s agricultural sector, which led to a food crisis in many parts of Somalia. As a result, about 300,000 people died of starvation between 1991 and 1992. The international community, in response to this food crisis, began sending emergency food rations. However, warlords hijacked these relief aids and sometimes sold them to neighboring countries in exchange for weapons.

The U.S. army’s mission ‘Operation Restore Hope’ involved protecting food packages and other humanitarian aids from these greedy warlords. They ensured that the humanitarian relief aids and food got to the displaced civilians. This effort is lauded to have saved many citizens from starvation.

Rebel factions repeatedly splintered into smaller fractions. Amid this chaos, Somalian warlord Mohamed Farrah Aidid allowed his militias to attack and kill U.N. peacekeepers. They shot at military troops and cargo aircraft, attacked and prevented aid ships from docking, and subjected aid agencies to threats, looting, and extortion. Farrah Aidid got bolder in his resistance and demanded the withdrawal of peacekeepers. He also declared hostile intent against any further U.N. deployments.

The following year, American troops raided Mogadishu, Somalia’s capital, to capture Aidid’s key allies. The invasion was disastrous because the U.S. forces met fierce resistance from Aidid’s militia. They shot down two U.S. Black Hawk helicopters, and in the ensuing battle, 18 Americans along with hundreds of militia fighters died. This battle, famous as the ‘Black Hawk Down‘ incident, caused the U.S. to abandon her peacekeeping mission in the country. Within six months, the USA withdrew all her forces from Somalia.

The next time the U.S.’s military intervened in the Somalia war was in 2007. They have actively remained there to date (as at the time of writing this). The U.S. forces in Somalia undergo counterterrorism missions, primarily focusing on fighting off Al-Shabaab’s presence. Also, the U.S. troops train Somali government forces to conduct raids and capture Al-Shabaab leaders.

One of the U.S.’s primary tools against Al-Shabaab is drone strikes, which it has been conducting in Somalia since 2007. The frequency of those strikes increased significantly during Trump’s administration. During his time as president, soldiers conducted a total of at least 192 drone strikes. Within seven months of assuming office, Trump oversaw more drone strikes than had ever taken place under George W. Bush and Barack Obama combined. The U.S. troops have successfully killed hundreds of Al-Shabaab militants, including some top leaders of the violent extremist Islamic group.

What Does the Decision by President Trump to Withdraw Troops From Somalia Mean? 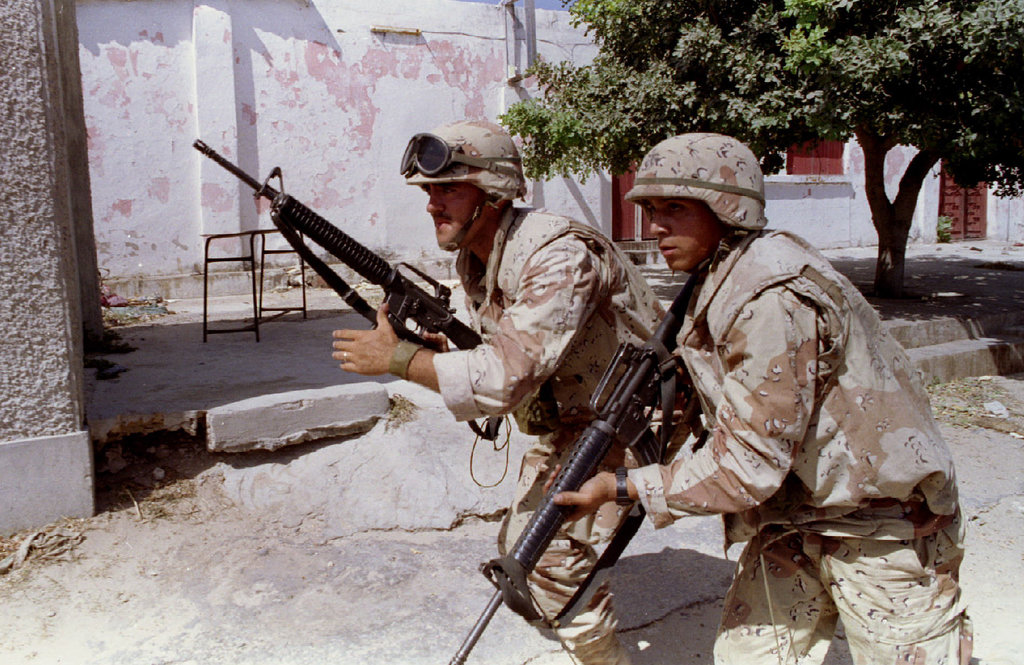 About 700 U.S. troops are in Somalia in the fight against the Al-Shabaab group. Although they have evacuated Al-Shabaab from Somalia’s major cities and towns, the rebel faction still has much influence in southern Somalia and executes terrorist attacks in Mogadishu. According to the statement by the Pentagon said,

According to the Pentagon, the mission against Al-Shabaab won’t end. Instead, America will redeploy troops to neighboring countries to continue to put pressure on terrorists in Somalia. The plan is to reposition troops from Somalia into bordering countries. Also, the U.S. military will “retain the capability to conduct precise counterterrorism operations in Somalia and collect early warnings and indicators regarding threats to the homeland.”

So, even though U.S. training of Somali security forces will end by January 2021, airstrikes against militants in Somalia will continue. This is because the airbases housing U.S. drones that carry out strikes in Somalia are outside the country.

Possible Impacts of this Decision on the Somalia War dynamics?

President Trump’s pullback comes at a difficult time for Somalia. The country is currently preparing for parliamentary elections next month and a presidential election due in early February. With Al-Shabaab still having much influence in southern Somalia and Somalia’s security forces seemingly overwhelmed by the militant group, the removal of American troops could make it challenging to hold peaceful elections. Also, when U.S. forces leave Somalia, it will become harder for diplomats and aid workers to help people.

Undoubtedly, Trump’s withdrawal of U.S. troops from Somalia will come as a shock to the Somali President Mohamed Abdullahi Mohamed. In a tweet on October 15, President Mohamed said the U.S.’s military support to Somalia “has enabled us to effectively combat Al-Shabaab and secure the Horn of Africa. A victory through this journey and for Somali-US partnership can only be achieved through continuous security partnership and capacity building support.”

ALSO READ: MUST READ: Africa’s Happiest Countries Might Not Be The Ones You Expect

It is not all gloom for the Horn of Africa

Amnesty International has also accused the administration of passing off civilian killings as successful Al-Shabaab raids and not offering compensation for murdering innocent people. Perhaps, this is why some people are glad about the new development. We will be watching to see if President-elect Joe Biden will uphold or rescind the decision on the assumption of office.