Africa's Tallest Building Under Construction Will Resemble An African Mask

Some years ago, a good number of African cities only featured palm trees, small water bodies, and brown, rusted roofs on low buildings. As time passed, however, these features were improved. Modern building apartments and complexes were constructed and infrastructure such as bridges was developed.

Fast-forward to today, the story is very different. Many African countries are competing in their number of sky-high structures. Out of the many, Côte D’Ivoire is set to take the lead with the construction of what it calls an “African Tower”. 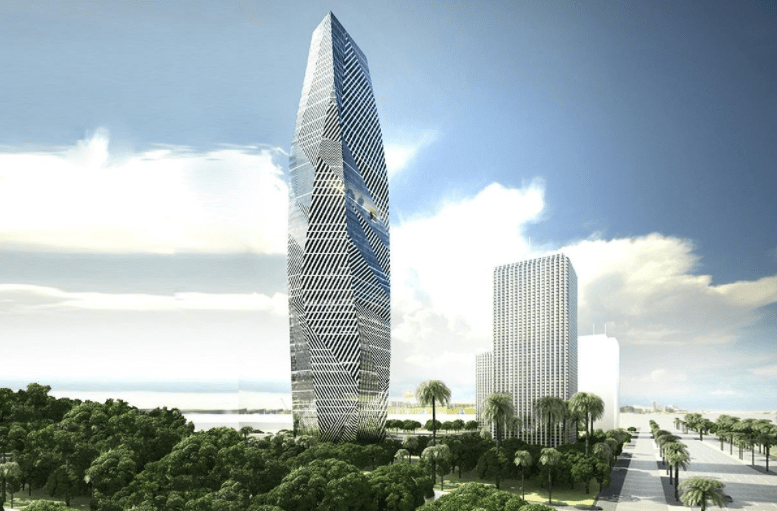 Abidjan, the capital city of Côte D’Ivoire, is an amazing settlement of tall and impressive buildings. To add to this, the city has begun the construction of what will be a record-breaker.

The F Tower is an office development set to stretch into the capital city’s sky. If completed, it will become the tallest building in Africa. It will stand 283 meters high and feature a total of 64 floors, beating South Africa’s 223 meters high Carlton Center and Kenya’s 200 meters high Britam Tower.

Construction of the F Tower took off in the early months of 2021. It began with the drilling of 70 foundation bars and 62-meter-deep diaphragm wall panels. This support holds the tower’s rectangular base which in turn holds the rest of the structure.

On the surface, the tower will feature an intricate design with glass planes inclined at trapezoids. The east-west sides will share a unique cast while the top will be made into a bluntly-pointed shape. This configuration will end up giving the tower an impressive mask-like appearance.

The proposition to build the F Tower was made 40 years ago. Its execution serves to continue a series of constructions that were started in the ’70s. The first of these, towers A and B, were erected just before 1980, while towers C, D, and E were built within a decade. 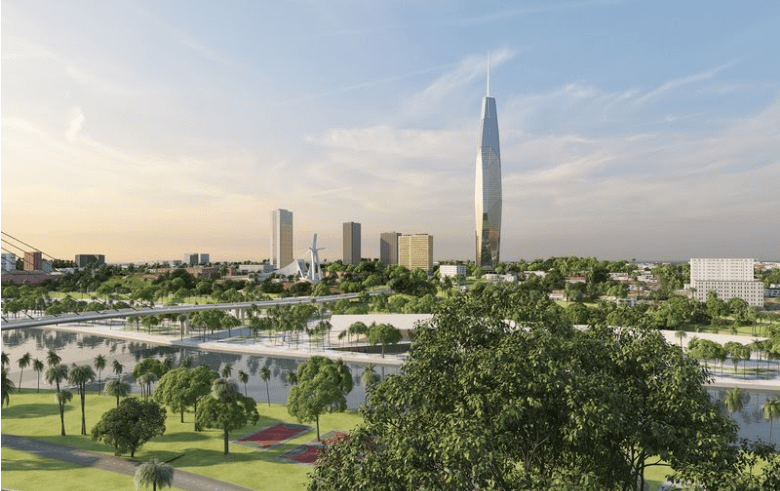 An illustration of the F Tower from a distance (Image Source: Nairametrics)

PFO Africa was founded in December 2011 by Pierre Fakhoury, who also designed the F Tower and the popular Notre-Dame de la Paix Bascilica in Yamoussoukro, Côte D’Ivoire. The company excels in the architecture and building of offices, conference rooms, and hotels. It also develops infrastructures such as routes, electrification, and waste treatment.

PFO Africa has led several major projects in Ivory Coast including the Postel Tower 2001. They have also worked on international projects like the construction of the Seaside Palace in Libreville, Gabon.

BESIX, which also serves as the project manager, is part of the BESIX Group—a 112-year-old establishment. They offer an array of services in sectors such as real estate, marine, infrastructure, and even concessions and assets. Along with its participation in building the F Tower, BESIX has accomplished several strides in construction around the world. Both companies are working hand-in-hand to ensure that the tallest building in Africa turns out exactly as planned.