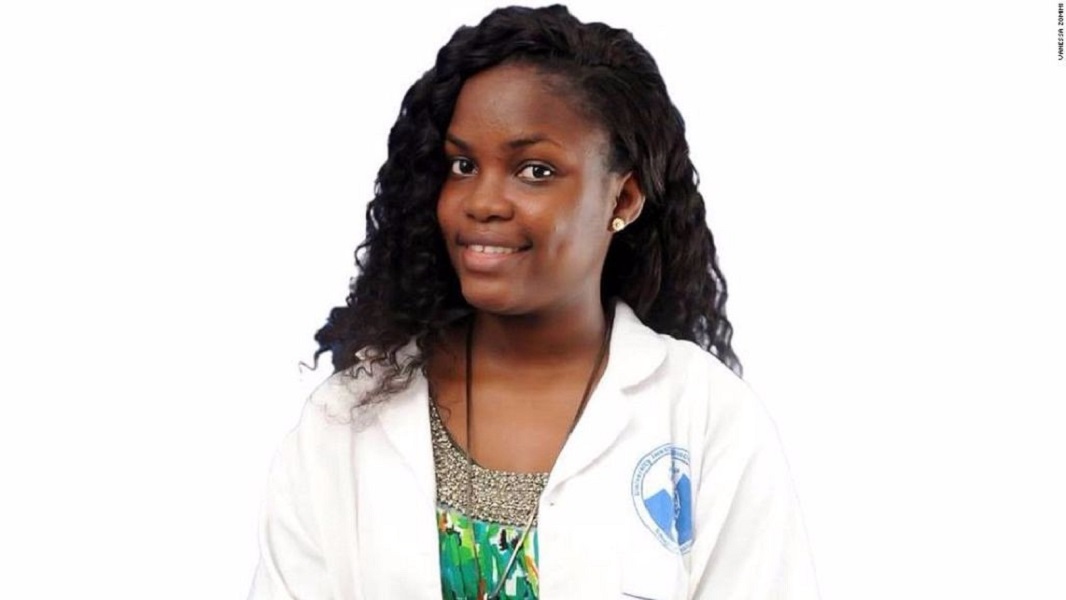 Diabetes is a common health condition that is raising concerns across the globe. This condition is reported to be growing at an alarming rate. But what’s even more worrying is that many people living with diabetes are undiagnosed.

In the past, diabetes was often fatal. But recent progress in science and research is helping diabetic people to enjoy a normal lifespan. In Cameroon, Vanessa Zommi is using tea to fight diabetes. In today’s spotlight, we feature her story, motivation, impact, and much more.

Vanessa is a Cameroonian entrepreneur and the founder of Afya Tea, a brand she uses to fight diabetes. She is recognized internationally for discovering the medicinal and nutritional benefits of Moringa leaves. Zommi was the first Cameroonian woman to win Anzisha Prize. She studied chemical engineering at the Catholic University Institute of Buea, Cameroon. Also, Vanessa is a graduate of Villanova University College of Engineering.

Is Diabetes Prevalent in Africa?

According to WHO, diabetes has been rising rapidly among low- and middle-income countries than in developed economies. In 2019, an estimated 1.5 million people in the world died due to diabetes. In Cameroon, diabetes prevalence among adults is about 6-8%.

Sadly, up to 80% of Cameroonians living with this condition are undiagnosed, according to the World Diabetes Foundation. Diabetes is a leading cause of stroke, heart attack, kidney failure, blindness, and lower limb amputation.

A Peek at Zommi’s Background

Vanessa was born to a family of six. After school, she used to watch her mother sell computers. Through that, she started learning how to do business. She says, “I started learning how to make money, how to market a product, and how to talk to customers. I learned the basics.” Indeed, these early entrepreneurial experiences were very instrumental in shaping her future.

Right from a young age, her family was very important. Unfortunately, she lost her grandparents to diabetes. When she was aged 17, her mother was diagnosed with the same condition. Upon realizing that diabetes posed a huge risk to her mother’s life, she decided to take action. Zommi started looking for an affordable natural remedy for diabetes to keep her mother healthy.

She researched widely, and in the end, discovered the Moringa tree (drumstick tree). Zommi learned that the leaves of this tree, which grew in her region, had medicinal and nutritional benefits. One of these is the ability to reduce blood sugar levels. Shortly after, she witnessed the health impact of Moringa leaves on her mother and other people around her.

According to Vanessa Zommi, up to 15 percent of Cameroonians live with diabetes. She discovered that poverty is a major cause of diabetes in Cameroon. This is because most cheap foods and snacks consumed by most people contain high sugar. Besides, she found out that the high cost of treatment for diabetes keeps healthcare out of reach for many people. The high cost of health care is a hindrance to early detection.

Following these discoveries, she concluded that a cheap and natural treatment would be the best alternative for many people in Cameroon. Vanessa resolved to start packaging Moringa medicinal leaves in tea bags to make them easily available. She explains, “At first I was doing this just for my mom, but then I realized this could help other people like her in Cameroon, as well as Africa.” So, Zommi launched her business under the name “Afya Tea”. Afya is a Swahili word that means health.

Upon learning the nutritional value of moringa leaves, Zommi decided to explore the plant. The Moringa plant is largely grown on the slopes of Mount Cameroon. She cultivated it, dried the leaves, and began experimenting with tea. In 2013, she started processing moringa leaf into a tasty tea under the brand ‘’AFYA.’’ Vanessa met with moringa farmers in an agricultural fair. Consequently, they started supplying her with the leaves.

She started to distribute her product in Molyko, a town located in the Buea region. These leaves are processed under minimal temperature to preserve all their nutritional value. Zommi flavors processed moringa leaves with lemon extracts before packing them in tea bags. Afya Tea is made naturally with no additives. 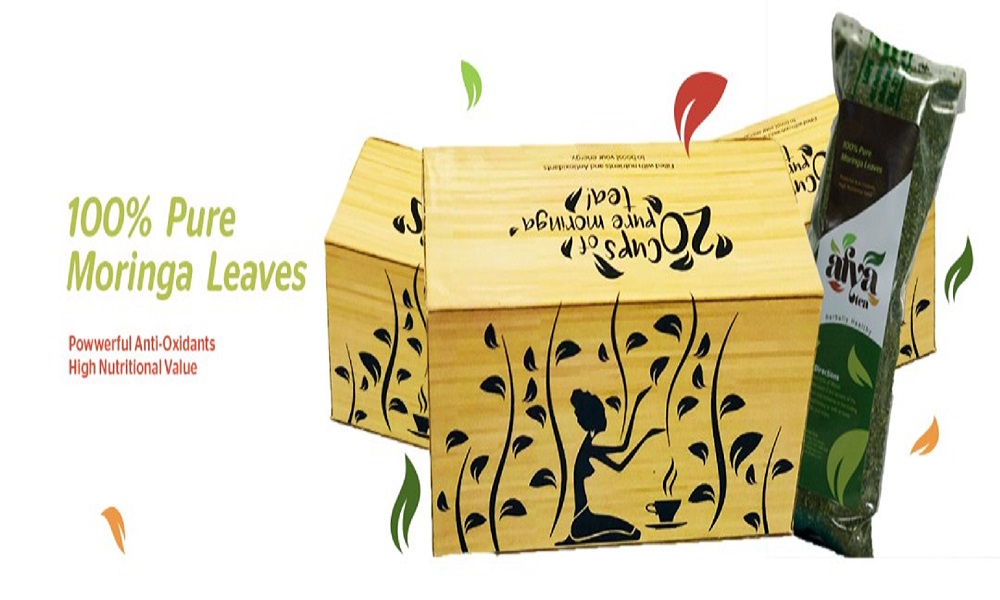 Every two months, Vanessa and her team trains aspiring farmers on growing, nurturing, and cultivating Moringa trees. Upon successful completion of the training, farmers are given moringa seeds. Subsequently, Zommi’s team supervises them to make sure they grow quality Moringa plants. Afya Tea Company buys 70-80% of Moringa leaves harvested monthly by farmers. These are processed into fortifying tea.

Since the inception of the Farmers’ Development Program, the company has empowered many people who have now become Moringa farmers. Today, these farmers operate small to medium size agribusinesses. Through this program, Vanessa ensures that Moringa trees are sustained through replanting. By planting Moringa trees, the program also contributes to the fight against deforestation.

Challenge at the Early Stages of Business

Capital is perhaps the most obvious challenge that startups deal with in Africa. Zommi’s business was not an exception. It almost failed to take off because of funding challenges. Lack of funds made it difficult for Zommi and her team to supply their product to the Cameroonian market. When she was on the verge of giving up, she won a grant of $1,000 from Ashoka. Afterward, Vanessa won several cash prizes that helped to expand her business further.

The Success of her Business and Expansion Plans

Today, Vanessa Zommi has a team of over nine people. She is looking to expand the distribution of Afya Tea to the entire country and then to other African countries. In her words,

“I want Afya Tea to be the Lipton of Africa, then take over the world, while making lives better!”

So far, she has trained many local farmers to grow Moringa trees. She offers the tree’s seeds to the farmers and supports them to become financially independent.

In the future, Vanessa aims to impact more lives by creating more awareness about the benefits of Moringa leaves. She hopes that her business and campaign about this medicinal plant will help to create a tea-drinking culture in the Buea community. She plans to further automate the Afya Tea production chain. Her goal is to purchase more equipment that would help to expand her business to reach the international market.

Zommi has in the past received international recognition because of her impact on society. In 2015, she was recognized by African Leadership Academy as one of the accomplished young entrepreneurs in Africa. In 2016, Forbes Magazine named her as one of the 30 most promising African entrepreneurs.

1. You don’t have to be naturally talented at entrepreneurship to succeed

Some people make incredible success because they are naturally talented at entrepreneurship. However, Vanessa believes that you don’t need to have such talent to succeed. She says that anyone can pursue entrepreneurship and achieve their dreams by being self-driven and working hard. “I am here today because I worked for it. I attended training and I had a vision which I kept working towards,” she says.

2. Learn and be proactive

Vanessa encourages aspiring and upcoming entrepreneurs to be proactive and learn as much as they can. People should differentiate between failing and being a failure. Failing is part of the learning process, particularly in business. She says,

“Don’t just sit there and wait for a miraculous moment to make things happen. Just take the first step. You might fail, but each time you fail you learn that you haven’t done the right thing in the right way. Failing is part of the learning process… I actually say that not everybody who fails is a failure. If you fail and you rise, you are learning.”

When faced with challenges in business, it is easy to give up your dreams. But Vanessa Zommi emphasizes that giving up should not be an option for anyone. Challenges will always arise at any stage of business. But reflecting on your dream and goals is one of the powerful ways to reenergize yourself whenever you’re faced with problems and challenges when doing business. Vanessa urges young entrepreneurs not to be afraid. She says,

“It will be difficult, but if you don’t give up, it will be worth it.”

4. Be a good time manager

Time is a valuable resource that everyone has. It is a huge player when it comes to success or failure. Any business undertaking requires good time management. Zommi admits that it was not easy to study and run her business at the same time. Besides her studies, she was the vice president of the student governing association at the university. She explains,

“I had to take care of 2,000 people in school and at the same run my enterprise, while also making sure that I had good grades. It was really difficult in the beginning, but I turned out to be a good time manager. I was successful as vice-president of student government, and my business is one of the top entrepreneurship ventures in my university, and I am also among the top students.”

5. Ensure to have a balance

Many entrepreneurs either run several businesses or have some other demanding commitments. In such a situation, you need to have a balance in order to succeed in all your efforts. Without a balance, you are likely to lose track and fail in many areas. Make sure to plan your business and commitments effectively and delegate where necessary.

Vanessa Zommi has brought hope to many Cameroonians living with diabetes. Her product, Afya Tea, is improving the health of many people in her country. It is also helping to reduce deaths resulting from diabetes in Cameroon. With the increasing international demand for Afya Tea, Vanessa is set to make a significant positive impact on the lives of people globally. She also hopes to inspire many young girls to pursue their dreams. In her words,

“I hope through my story that I can be a role model for young girls who want to do something like this”.