World AIDS Day: How Far Has Africa Come In The Fight Against HIV/Aids?

World Vegetarian Day: Here Are 10 African Vegan Food Recipes That Nobody Told You Before

The 1st of December every year is celebrated as World AIDS Day. This year, we look back at the decade of progress in Africa. The continent’s performance increases the hope that one day the menace may be a thing of the past. African nations are committed to the goal of ending the disease by 2030. The southern and eastern parts of Africa remain the worst affected in the last few years. However, the progress made by the sub-Saharan nations is driving global optimism.

In the last decade, AIDS-related fatalities also dropped by more than half. The deteriorating healthcare systems remain one of the greatest challenges of many African governments. The scientists in Africa tested a costly yet effective approach to curb the disease. Since 2011, assisted by international health agencies, African governments have launched numerous projects, including several prevention programs.

Thanks to increasing access to effective diagnosis, treatment, and prevention, chronic disease has now become a manageable health condition. The new and creative ways to fight HIV have enabled people – young and old – to live healthy and long lives. In addition to accessing the progress so far, the World AIDS Day celebration helps to end the stigma associated with the virus.

World AIDS Day 2020 was celebrated under the theme ‘Global solidarity, shared responsibility‘. This is a subtle reminder that everyone has a role to play in the fight against HIV. One of the biggest blows to the eradication of HIV was the outbreak of COVID-19. There was a rapid shift in attention to the new virus. Consequently, there was a severe shortage of life-saving anti-retroviral drugs in some countries.

As of 2019, a total of 38 million people were living with AIDS. Sadly, nearly one in five people are not aware of their status. One in three are receiving testing, treatment, and prevention services. In light of the current challenges, it seems a little hard to achieve the targets set for 2020 and 2030. The last two years have been slow in terms of progress on scaling up HIV/AIDS services.

On #WorldAIDSDay 2020, President-elect Biden joins communities worldwide in remembering those we have lost and recommits the United States to the important work ahead to achieve an AIDS-free generation.

The COVID-19 pandemic has made it difficult for frontline health workers to deliver services to rural areas. Additionally, the economic disruption that came with the COVID-19 could also make the services unaffordable and unreachable for many. On World AIDS Day 2020, the World Health Organization aims to take some key actions including reviewing the fight against the virus, finding new innovative ways to curb the disease, protecting and engaging frontline health workers, and prioritizing the most vulnerable and young. 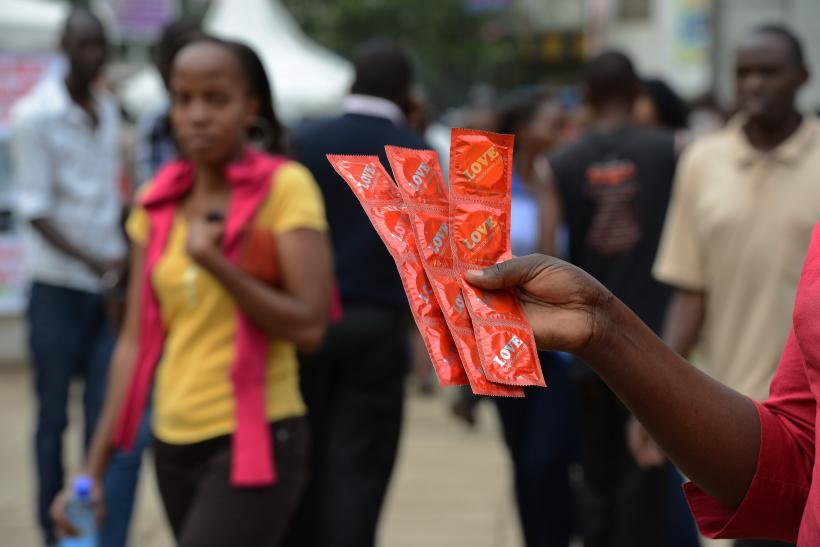 When it comes to taking bold steps to facilitate the patients of the fatal disease, the governments across the continent have taken steps. Given that unlike the developed world many nations have a big economic crisis coupled with the pandemic outbreak, it is encouraging to see the concern. Over the past decade, international health organizations have described Ethiopia’s performance as a model for other countries. As a result of their policies, between 2000 and 2011 more than 90 percent of the infections dropped in the country.

Not only that, but during the same time, the number of people dying because of HIV-related complications also reduced by more than half. All of this progress has been made primarily because of the availability of therapeutic medicines. Even though there is not a vaccine to cure the virus, antiretroviral (ARV) treatment plays an important part in preventing the virus from spreading any further. Since 2005, the Ethiopian government has been giving free access to the ARV.

In Kenya, the government focused its attention on educating the masses about the virus. According to the studies conducted in 2005, nearly 28.5 of mothers in the country transmitted the virus to their children. But after the country’s education and awareness drive, the number declined by 8.5 percent in just five years. As compared to the early 2000s, when Kenya had only three facilities for diagnosis, the nation has come a long way. Currently, more than 90 percent of pregnant women go through an AIDS test.

Besides that, the access of patients to ARVs has also increased dramatically which has also played a key role in curbing the new infections. Making HIV/AIDS a compulsory curriculum in schools across the country was an effective step that was later followed by other African nations. Burkina Fiasco was another nation, with the help of international agencies, launched an ambitious awareness program. Well, it turns out that the campaign proved to be successful as the number of infections declined significantly.  Furthermore, on this year’s World AIDS day the UN has urged the countries to focus their attention on allocating more resources.

ALSO READ: Sudan Criminalizes Female Genital Mutilation But It May Be Too Early To Celebrate

The severity of the virus in Africa

Despite the lack of resources, African nations managed to curb the surge in new infections in southern and eastern Africa. According to reports, new cases have declined by a third in the last few years. With nearly 15.2 percent of the world population, the continent accounted for nearly two-thirds of the total infections. Out of a total of 26 million people infected in Africa, as many as 16 million are receiving drug therapy.

As of 2020, out of 38 million cases worldwide, nearly 25 million people globally have access to ARV. Health authorities across the world recorded as many as 1.7 million new infections in 2019. Africa accounts for nearly 69 percent of the total cases with roughly 23 million cases. As many as 91 percent of the children infected with the disease live in the continent. However, since 2005, the number of people with access to ARV has reached more than 12.5 million by 2017. Also, HIV-related deaths have also declined by 42 percent during the same period.

Cultures in Africa that promote HIV

Sexual practices, poverty, lack of economic growth, no or less education, and gender discrimination are some of the main underlying cultural factors that promote the virus in the country. Discussion on such topics is necessary, particularly on World AIDS Day, to curb the disease and determine the effectiveness of a national response. The patriarchal nature of Africa allows men to have multiple sex partners. Thus, a married woman is at a high risk of contracting HIV through her husband.

30 adolescents aged 10-19 die every day from AIDS-related causes in West and Central Africa. We call on government and community to improve access to HIV prevention and adolescent-friendly diagnostic tools.
Together, we can #EndAdolescentAIDS#WorldAidsDay pic.twitter.com/d3Nm5O9RNV

LET'S KEEP THIS MOMENTUM GOING! Today is a "holiday" that keeps this special week rolling for all of us at CTAOP––it's our Executive Director Ashlee's birthday! 🥳 🎉 it's only fitting that her birthday directly follows #WorldAIDSDay each year 💛 pic.twitter.com/J1itqZMHv0

FGM is still in practice in several African nations. Since there are now legislatures that outlaw the practice in some countries, perpetrators now carry out the practice underground. Sadly, they perform this ritual with sharp crude tools which they often share with a large number of girls.

In Malawi, girls as young as 10 are taught how to please a man as part of the rite of passage into adulthood. This initiation rite which is popularly called Kusasa Fumbi is predominant in parts of several African countries. This includes Zambia, Malawi, Uganda, Tanzania, Mozambique, Angola, Ivory Coast, and Congo. The World AIDS Day reechoes the need to end some of these cultural practices.

How Can You Help?

Thankfully, the international community and global NGOs are playing a key part in Africa. Whether it is education or HIV/AIDS awareness of other women-related projects, they are doing it all. UNAIDS, Treatment Action Campaign, The Global Fund, The Elton John AIDS Foundation are some of the prominent partners in the fight against the virus.

You too can be part of the campaign. Start by putting an end to the discrimination against HIV positive patients. Also, World AIDS Day presents you with the opportunity to create awareness using your social media platforms. If there are practices in your community that promote the spread of HIV/AIDS, rise up and demand a change.

International Day For The Abolition Of Slavery: Dealing With Systemic Slavery In Africa